A natural wonder as you arrive in Faro

Stretching along the Algarve’s coastline, Ria Formosa Nature Park is a natural web of islands, dunes, canals and sandy beaches that covers the districts of Faro, Loulé, Olhão, Tavira and Vila Real de Santo António. It was classified as a Natural Park in 1987 and it's now one of the most magnificent protected areas in the Algarve. 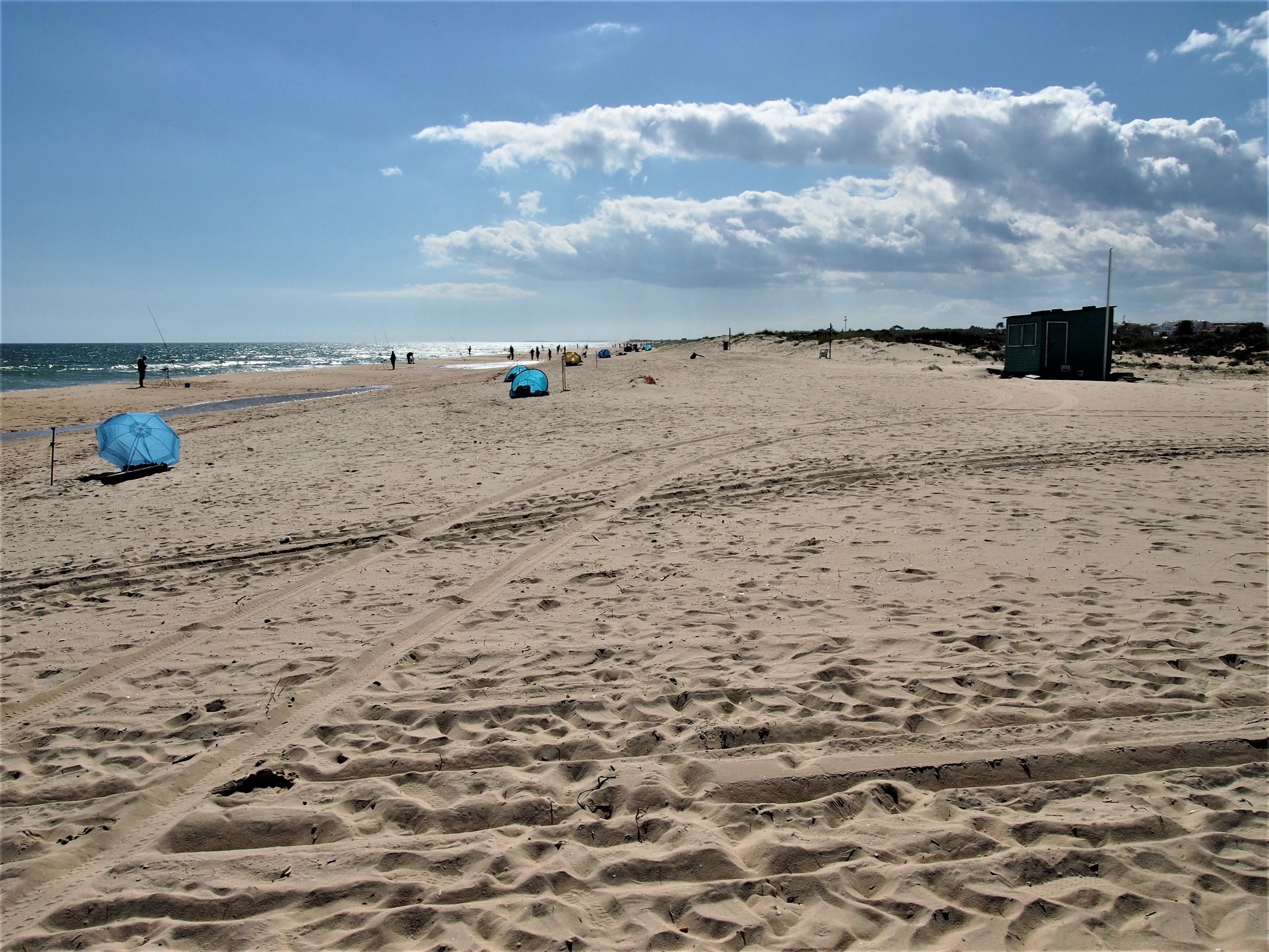 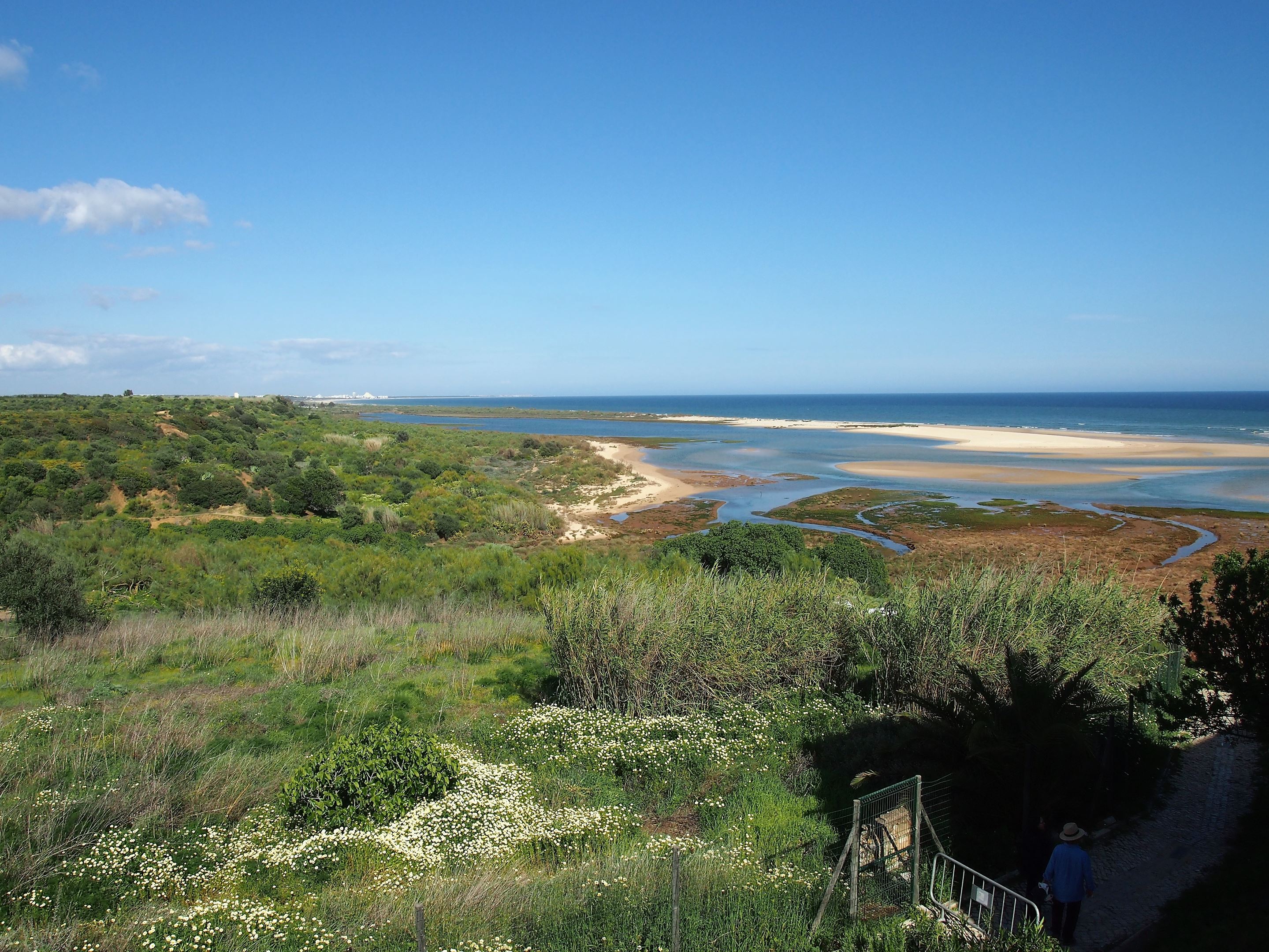 The Ria Formosa from Cacela Velha near Tavira

Ria Formosa has an area of around 18 000 hectares and includes two peninsulas and five islands: the Peninsula of Ancão, aka ilha de Faro, the Peninsula of Cacela, Ilha da Barreta, Ilha da Culatra, Ilha de Armona, Ilha de Tavira and Ilha de Cabanas. From Faro, most of the islands are only accessible by boat, but Ilha de Faro can be reached by car and it’s only a few minutes away from the city’s airport.

Boat tours to the Ria Formosa depart from Cais da Porta Nova in Faro, taking you through its paradisiacal islands and unveiling its remarkable wildlife. 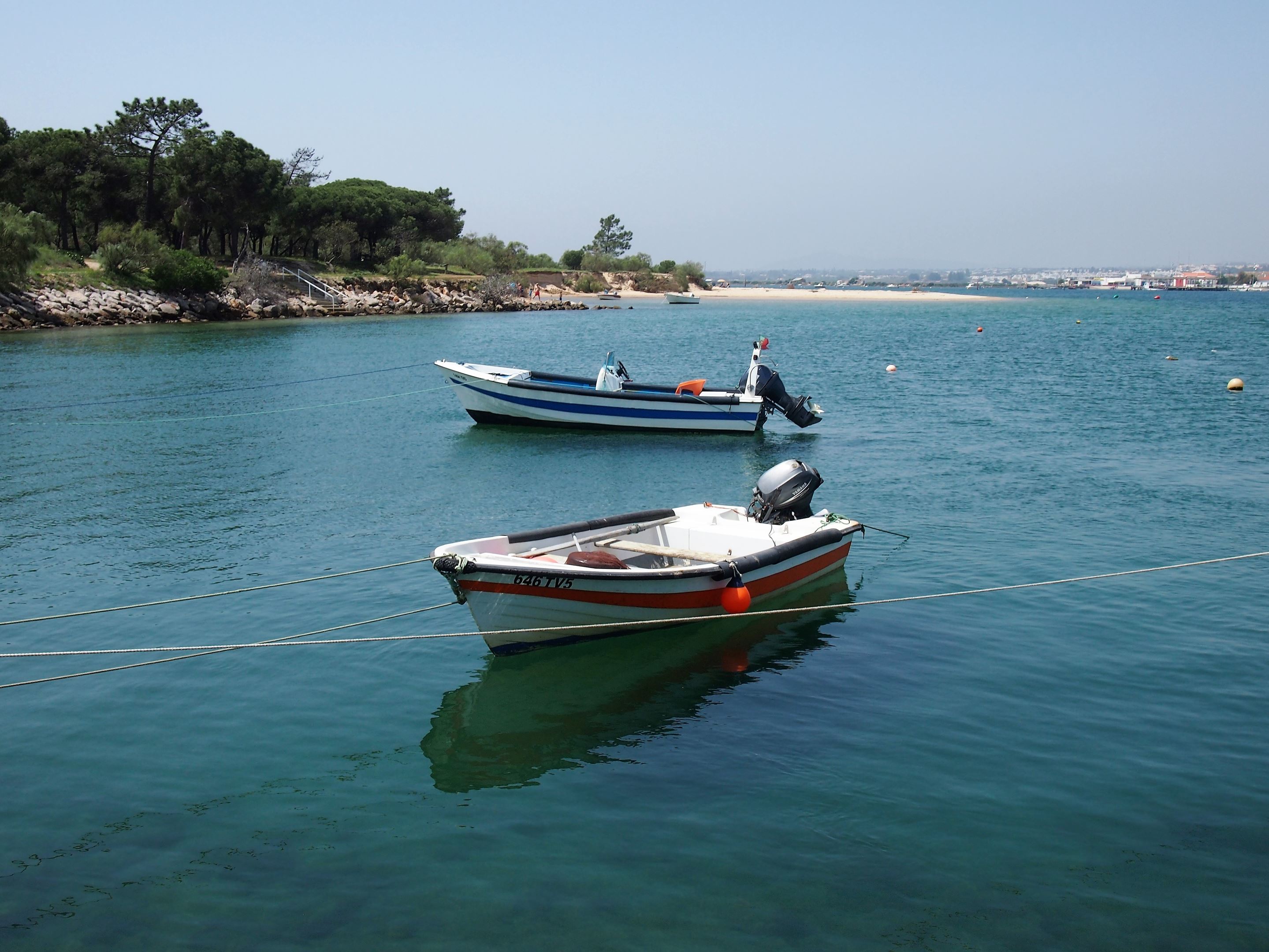 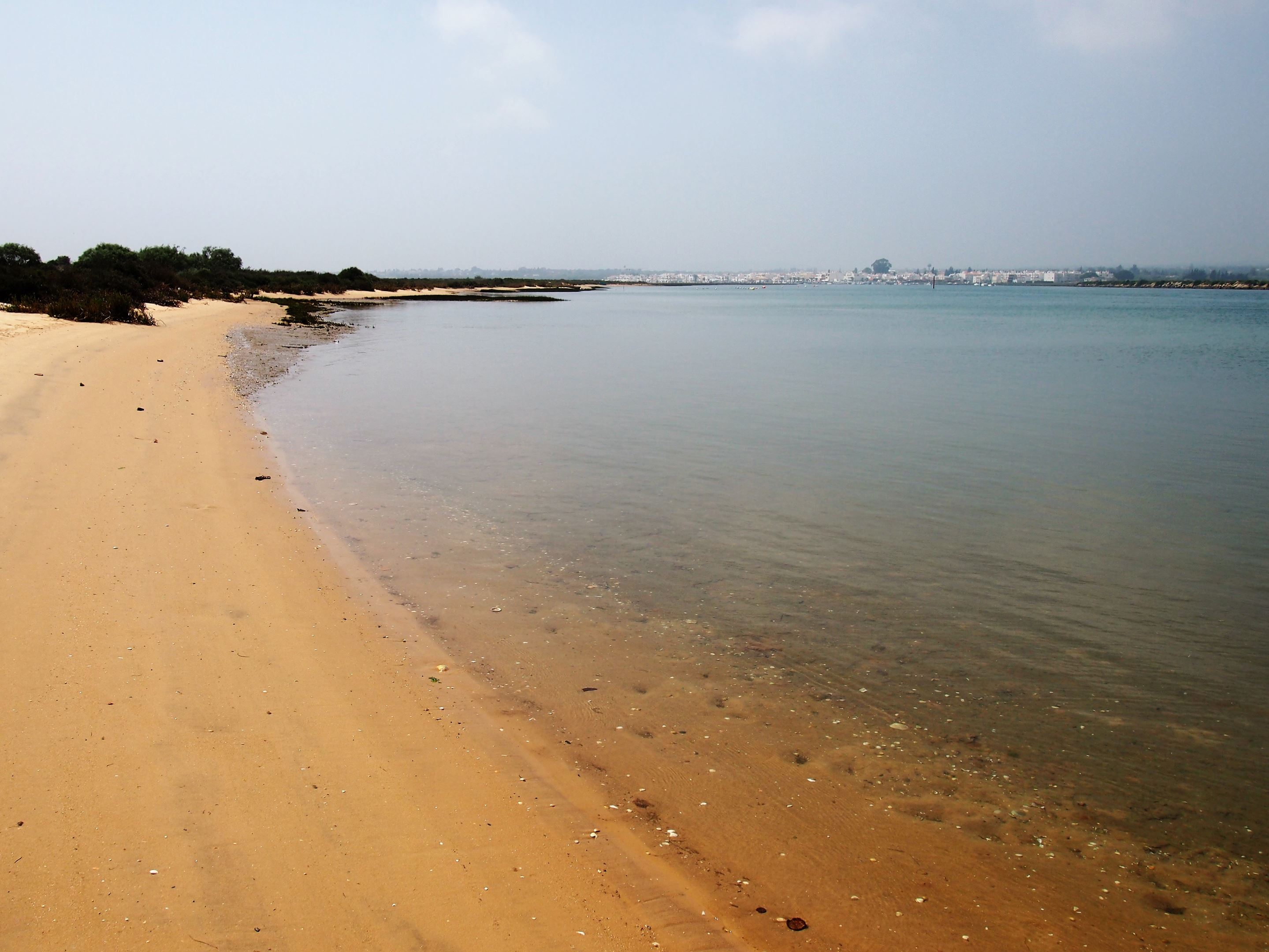 Ilha de Tavira, with Santa Luzia in the background - near Tavira

Considered one of Portugal’s Seven Natural Wonders, Ria Formosa boasts an incredible diversity of fauna and flora. The park provides the perfect setting for bird watching as many bird species migrate to this area during the winter, on their route between Europe and Africa. The purple swamphen is one of the rarest species to be found in this park and it’s the symbol of the Ria Formosa. Among the endangered species living in this area are the chameleons and seahorses, representing one of the largest populations of seahorses in the world. It is recommended to visit the Marim Environmental Education Centre to find the best trails to observe these animals up close.

Friendly characters like the Portuguese water dogs are often seen near the fishermen, this dog breed is native from the Algarve and can sometimes help catch fish that is caught in the nets. 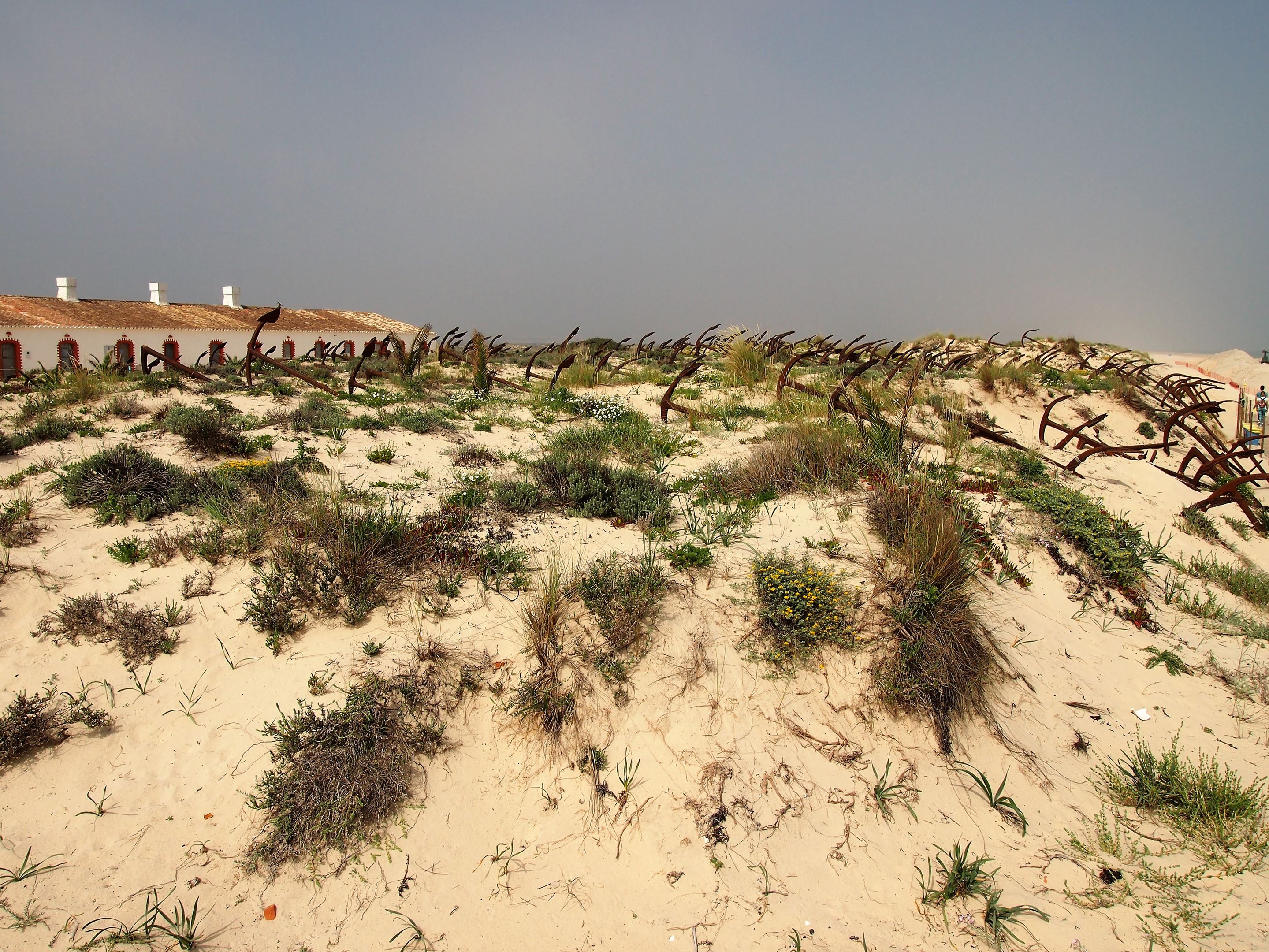 On the west side of Ilha de Tavira, is the anchor cemetery, at Praia do Barril 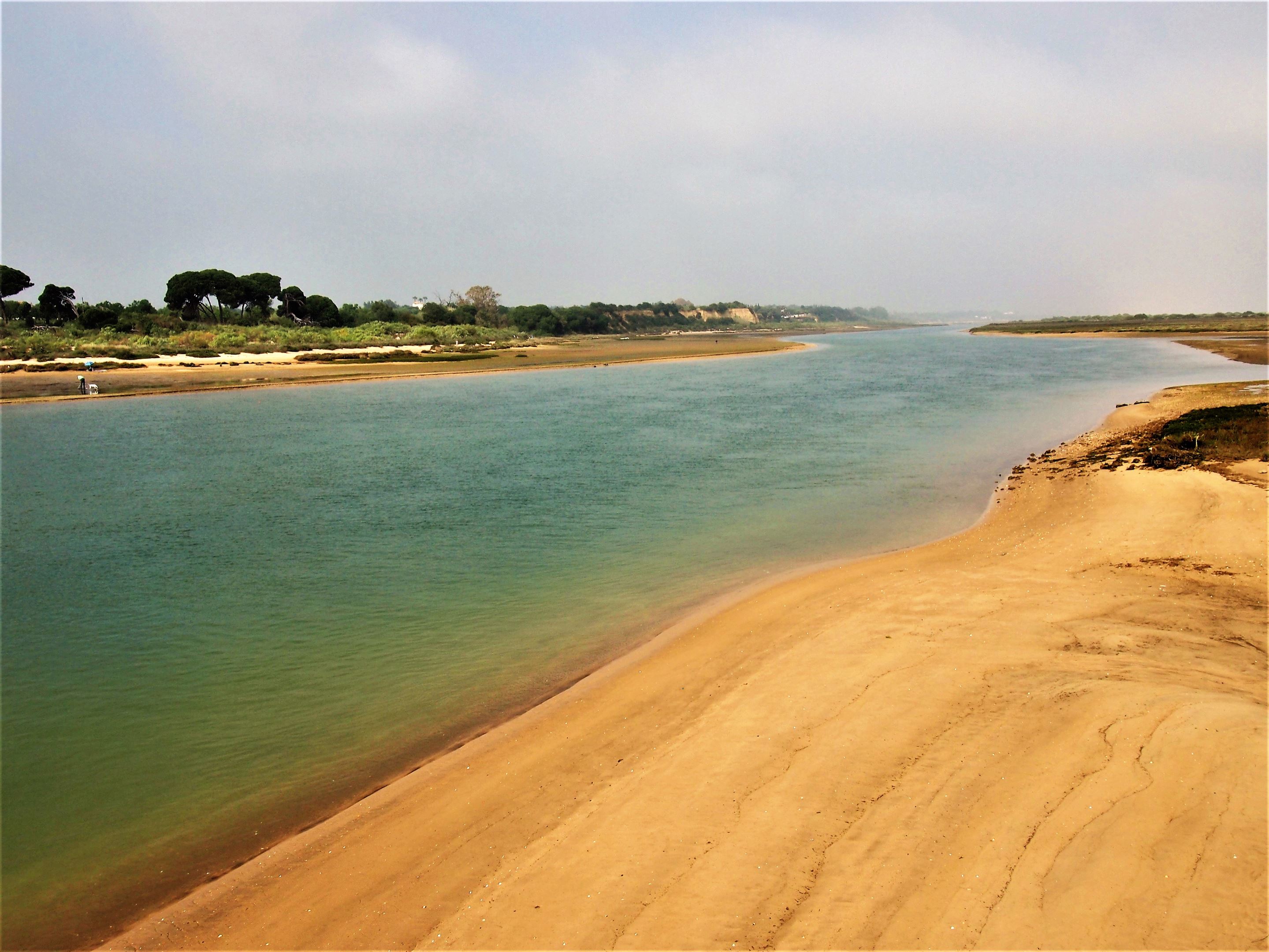 The white sandy beaches and its warm water also add to Ria Formosa’s allure, making it a peaceful retreat for both locals and tourists.

There are many ways to explore this natural sanctuary, you can rent a kayak, take a bike tour or simply follow the island's’ trails on foot and relish its impressive surroundings. 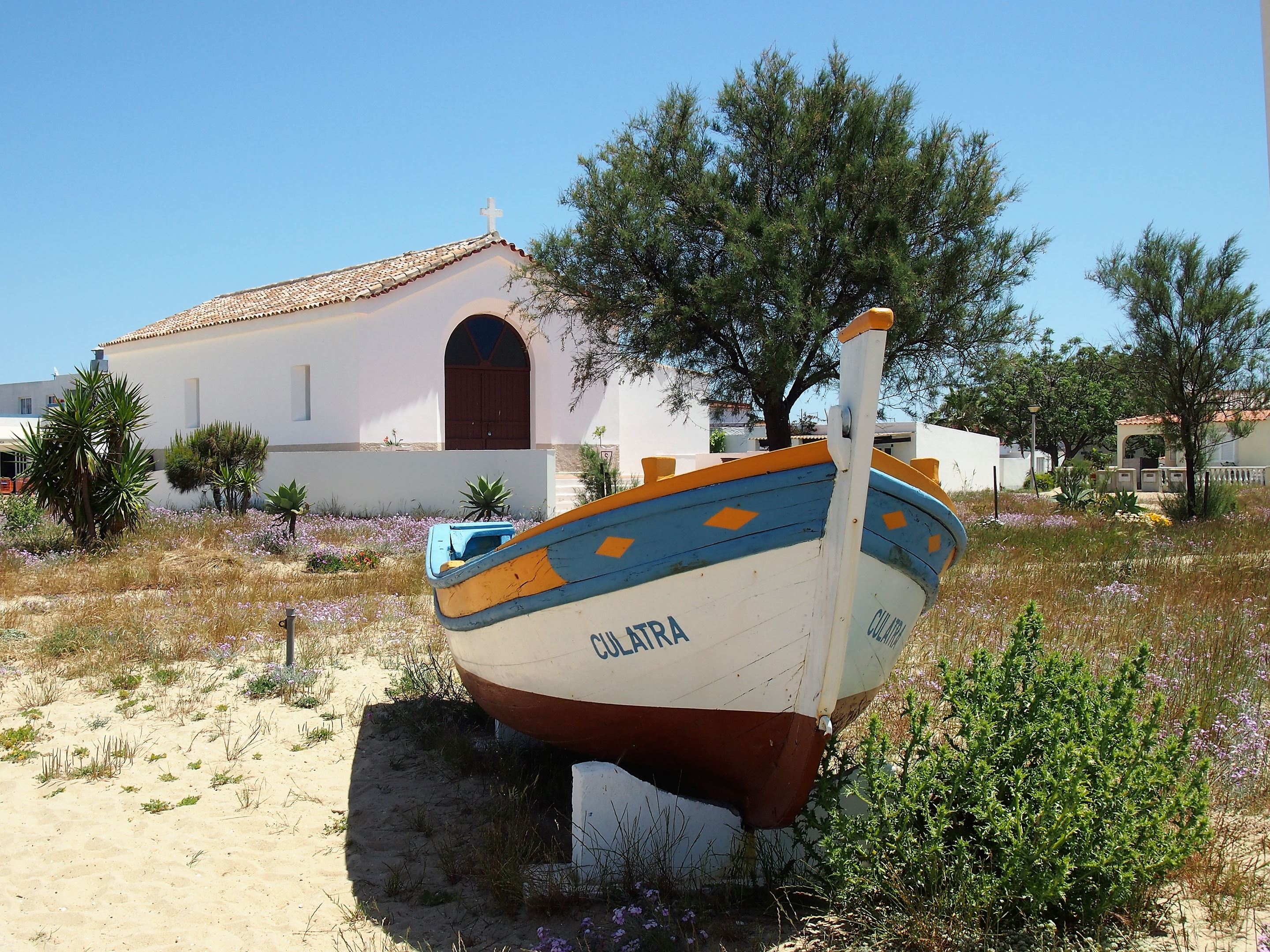 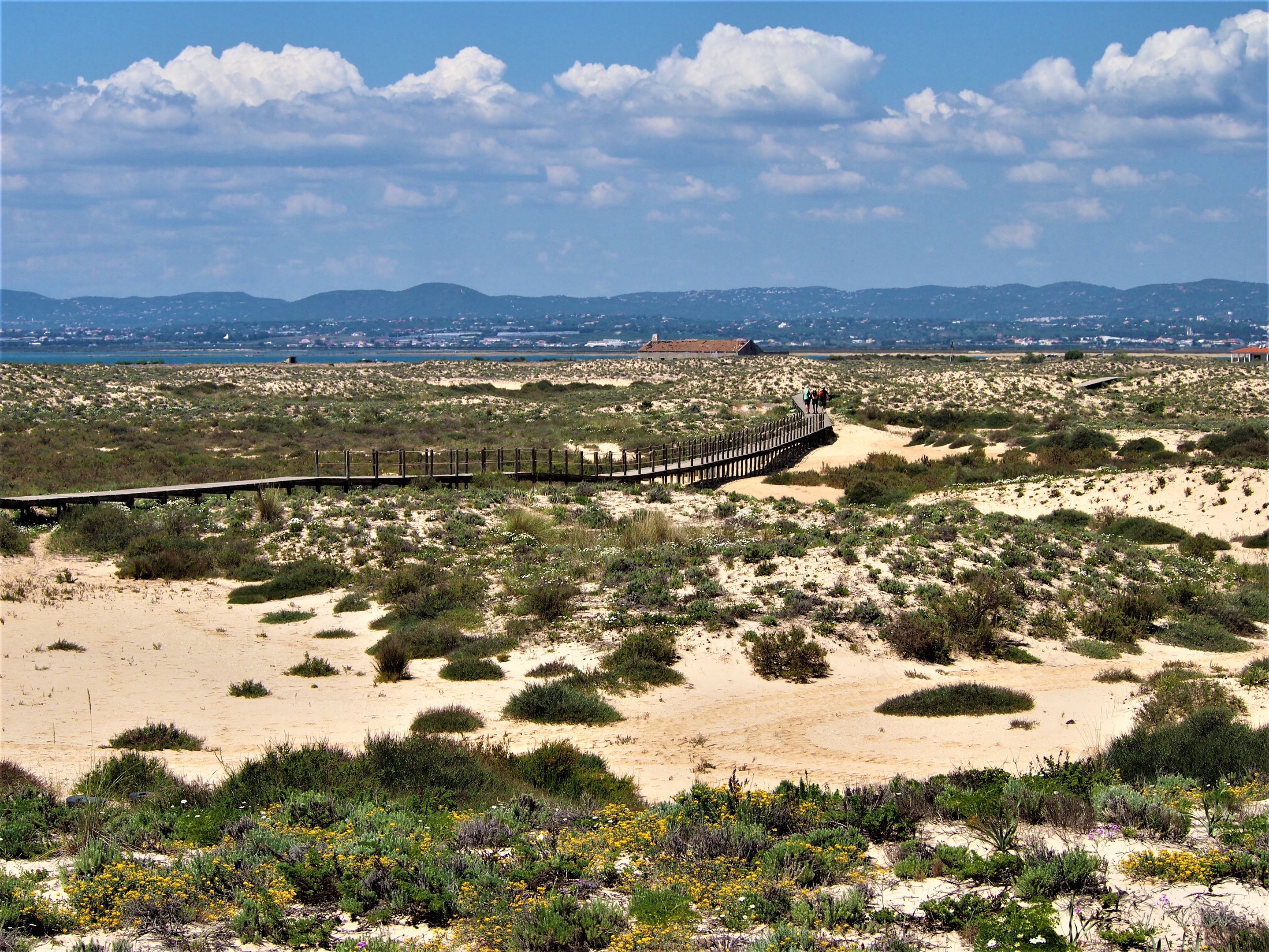 Looking across Ilha da Culatra (Culatra Island), with Olhão in the distance

Extraction of salt, shellfish farming and fishing are some of the most popular activities in the area. These activities help provide the main ingredients for local specialities such as the razorfish rice, clams and the fish soup that can be savoured in many seaside restaurants. 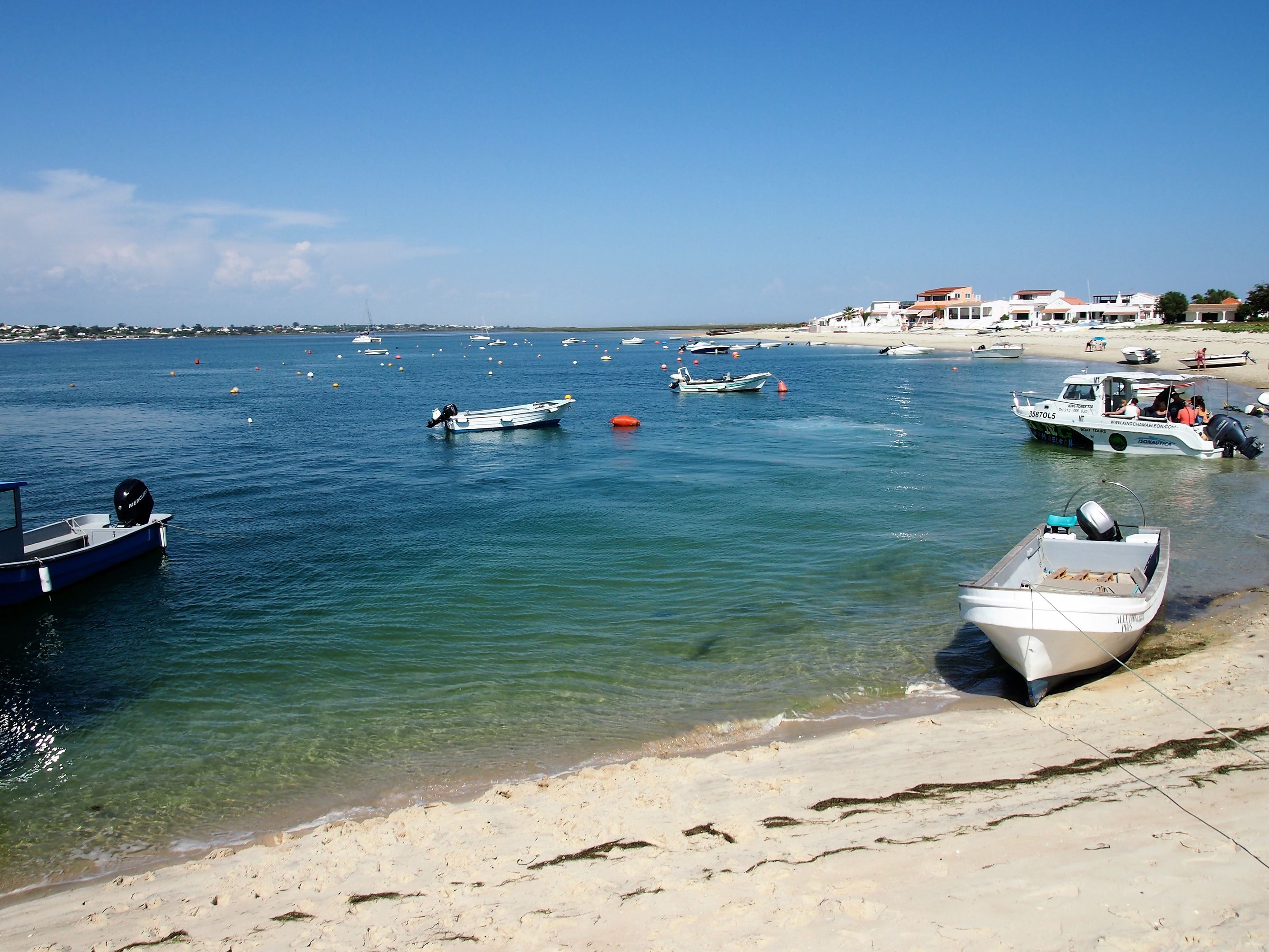 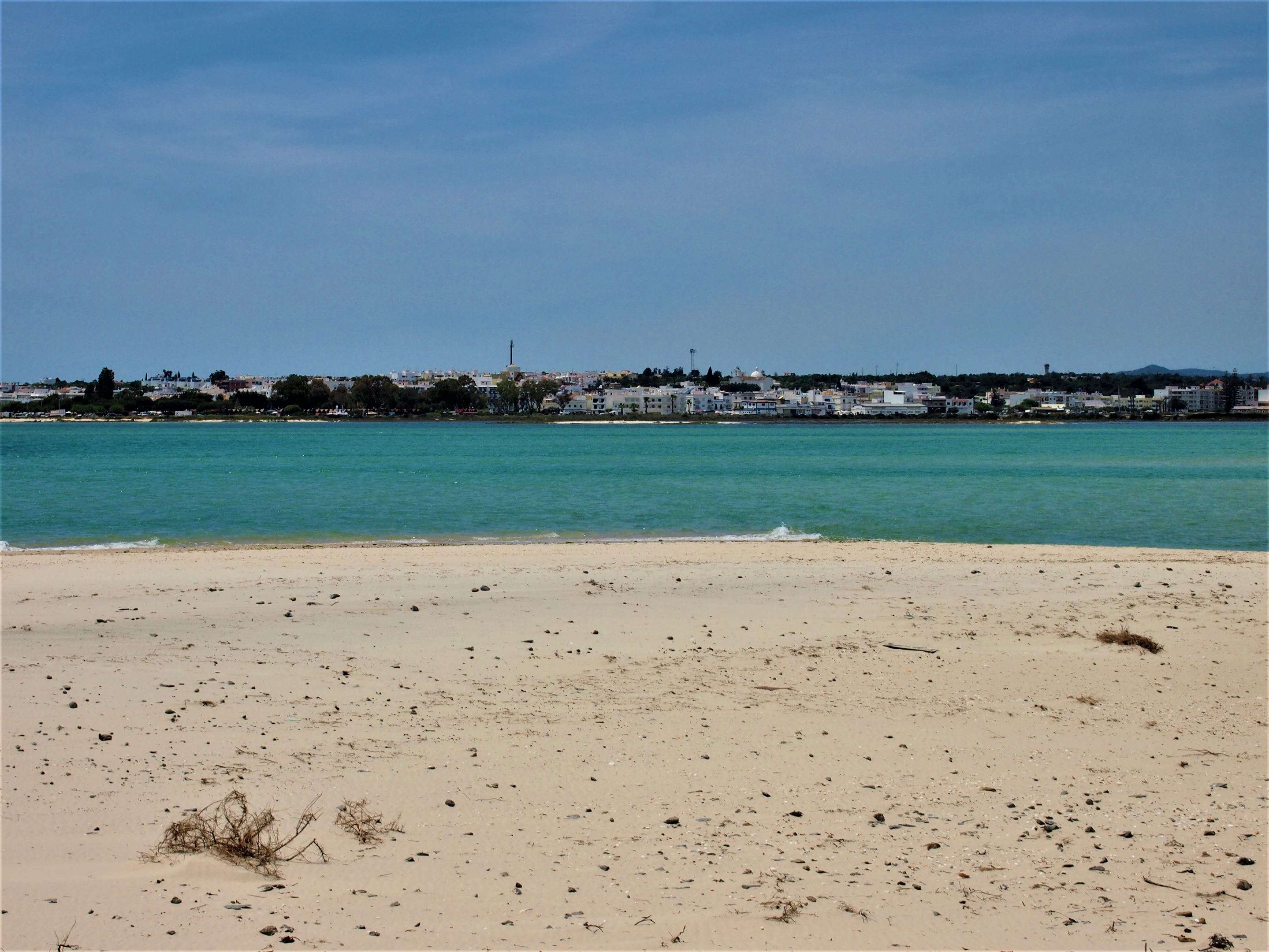