Alcoutim is a small town in the eastern Algarve, touching the border of Spain and the Alentejo.

The town sits on the banks of the Guadiana river, surrounded by wooded hills that invite for long walks. Up here you can still experience the traditional Algarve, with its quiet atmosphere and friendly residents, even though it’s only 30 minutes away from the busy beaches of the south coast. 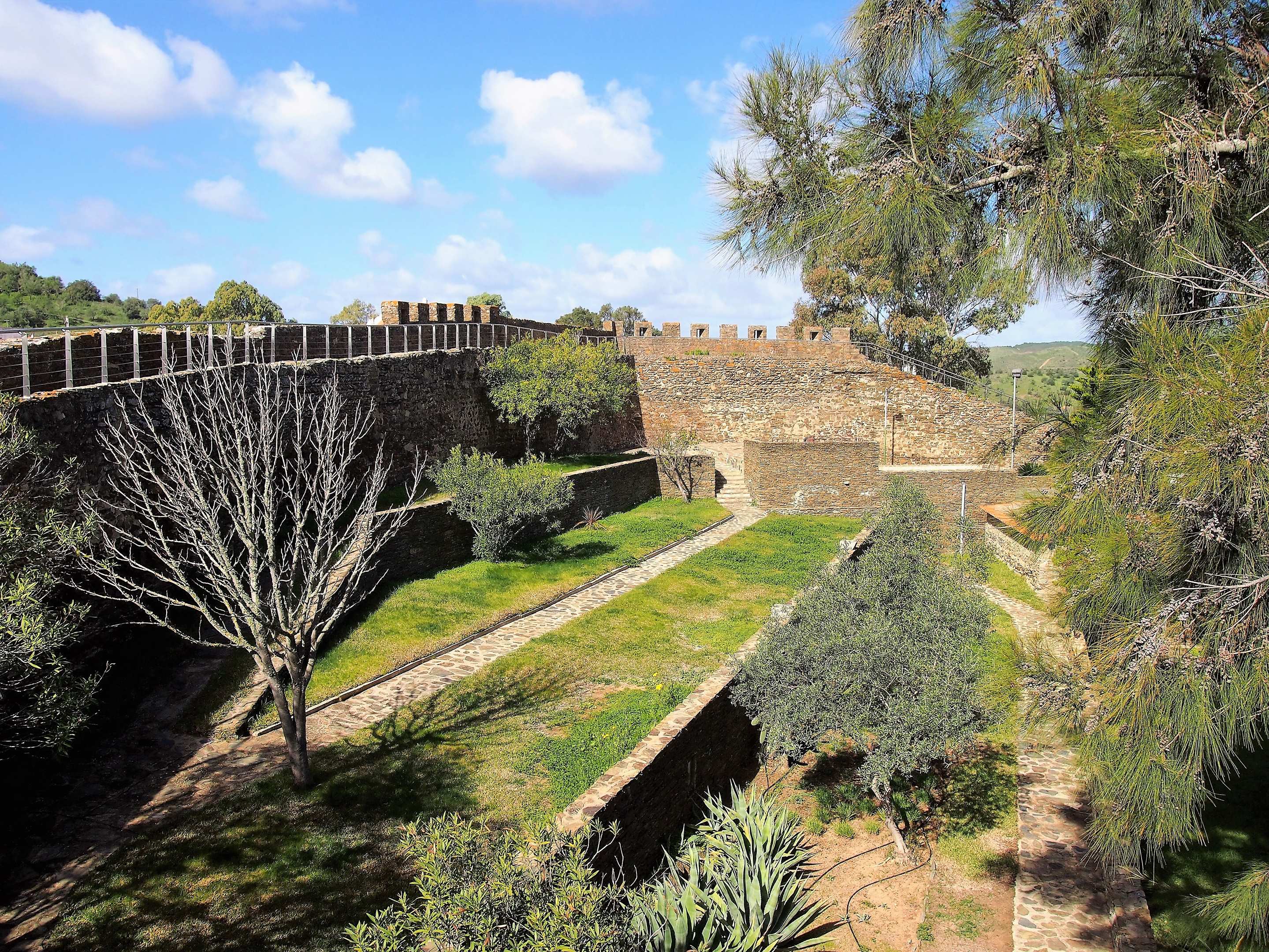 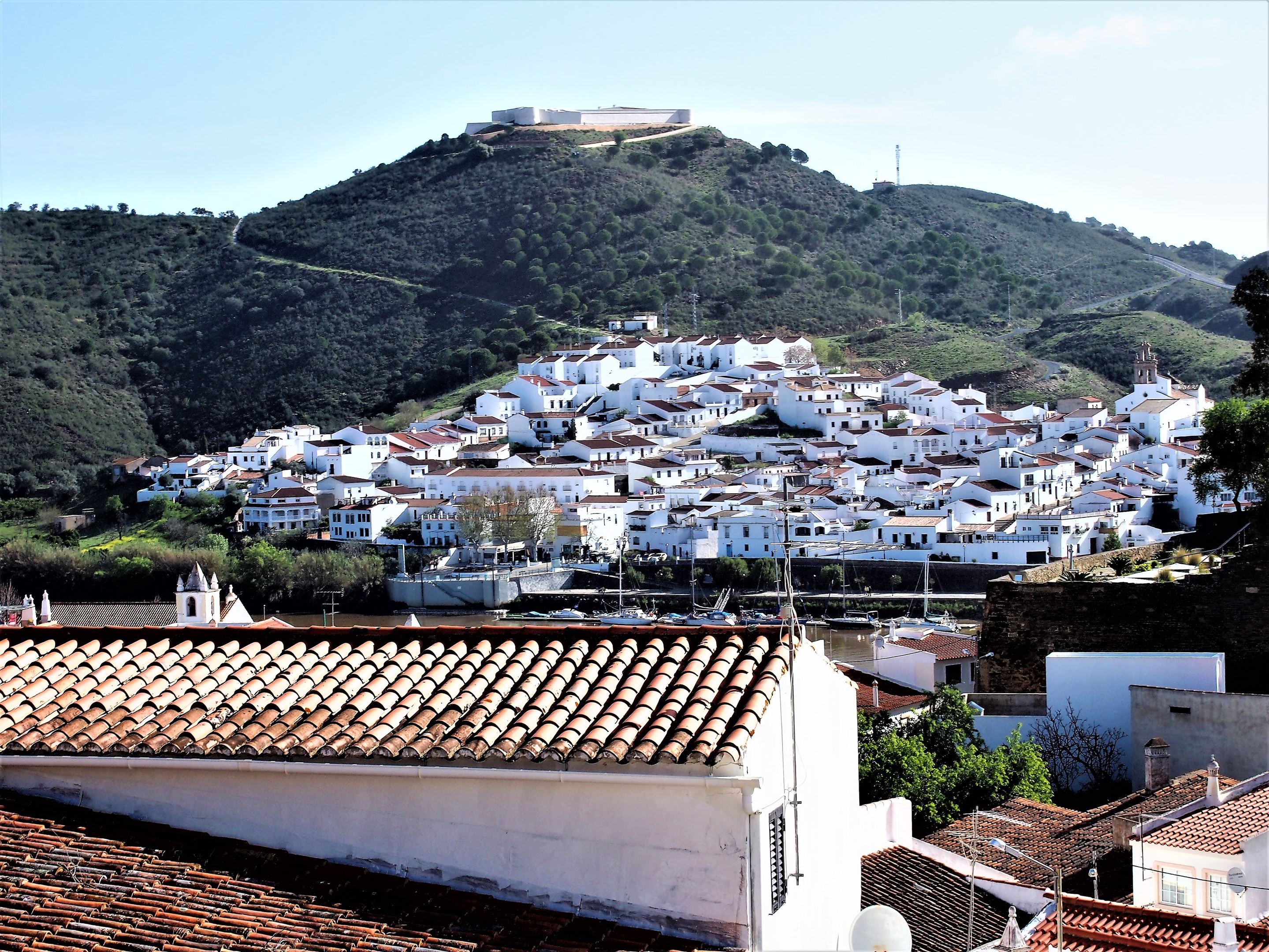 Across the Guadiana River, Sanlúcar de Guadiana, Spain with the castle at the top of the hill

Alcoutim is home to a vast array of historical landmarks. The main attractions in Alcoutim are the Alcoutim Castle, the Church of Nossa Senhora da Conceição and the river beach, Praia Fluvial do Pego. You can also visit ruins of Roman settlements in Álamo and Montinho das Laranjeiras.

Nestled among the hills, the Alcoutim castle was built in the 14th century to defend the border between Portugal and Spain. There is a small museum inside the castle that showcases the history of Alcoutim and archaeological artefacts that were discovered in the region.

A similar castle sits on the Spanish side of the river, overlooking the village of Sanlúcar de Guadiana. Both castles serve as reminders of the time Portugal and Castile were at war. It was in Alcoutim that later Dom Fernando I of Portugal and Don Henrique II of Castile signed a peace treaty. 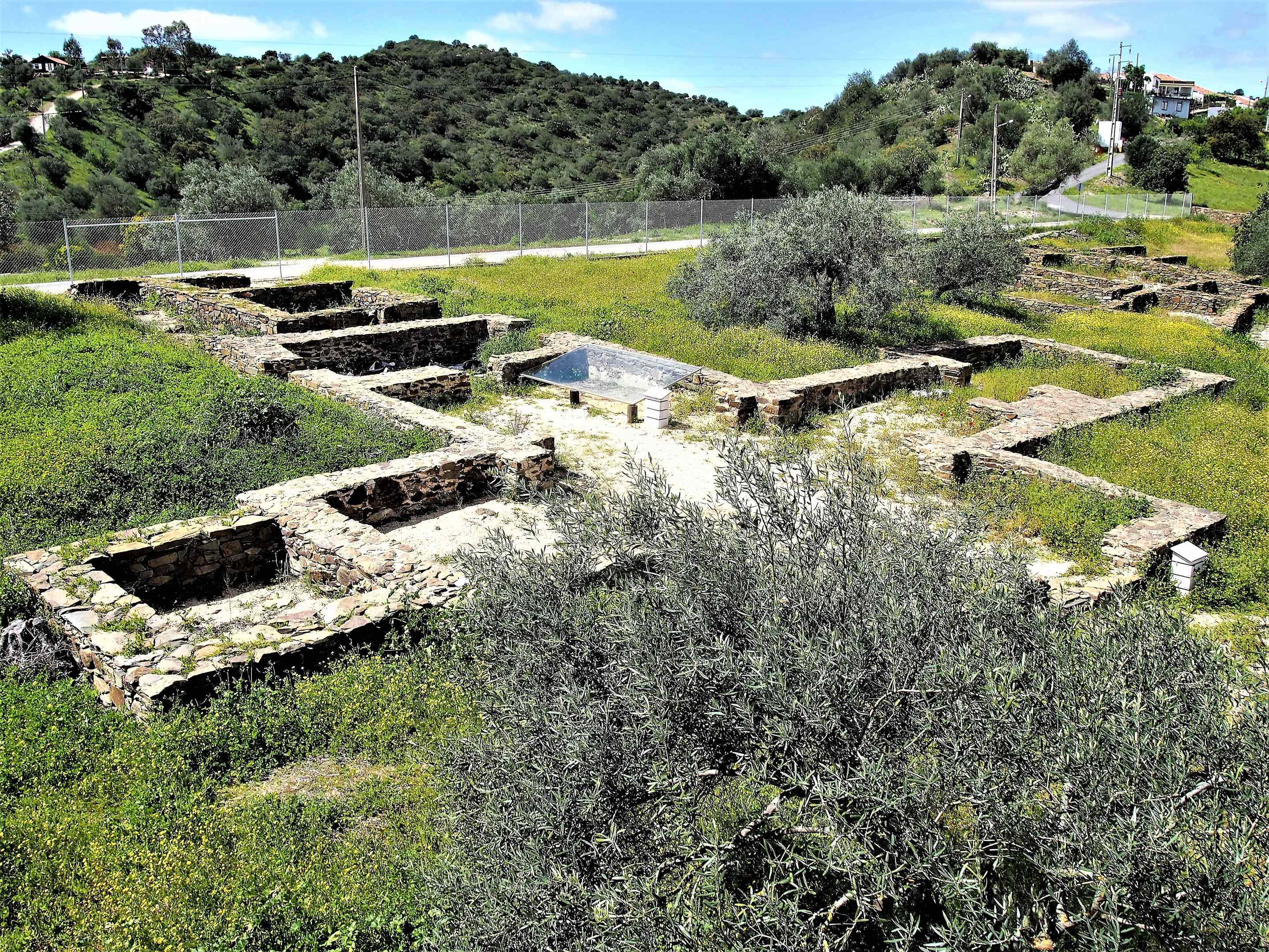 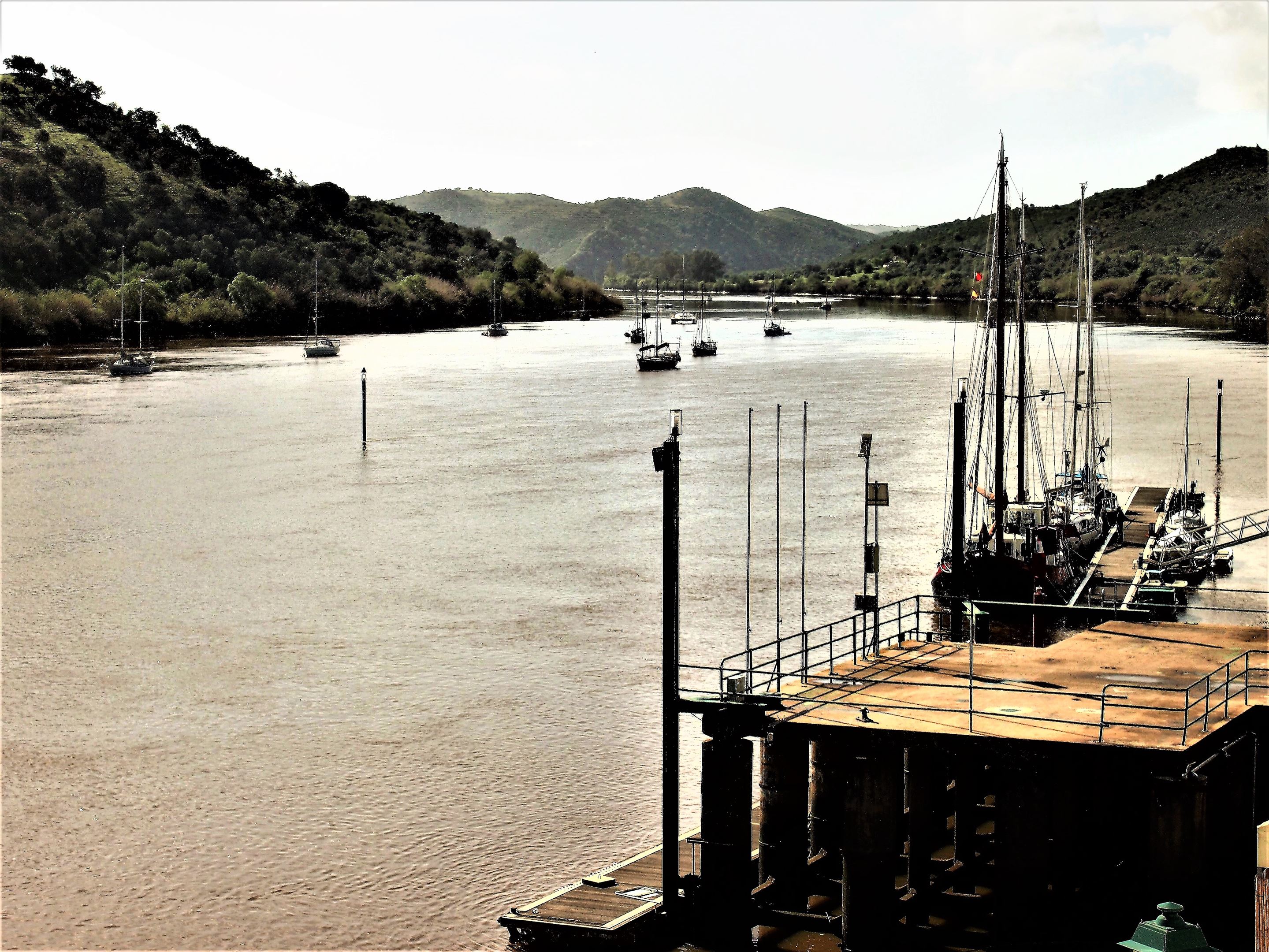 The Guadiana River, Alcoutim where you can take a number of excursions on the river

Nowadays, the towns get along and there is a frequent ferry that travels back and forth. If you want to explore the Guadiana river on your own you can rent a boat or join one of the boat cruises that go to Mértola and Odeleite.

Originally from the 16th century, the Church of Nossa Senhora da Conceição was rebuilt in the 18th century, leaving only the main doorway as it was. The church has two unique baroque features: a stone staircase that gives access to a large atrium, offering fantastic views of Alcoutim and the surrounding countryside, and the gilded woodwork altarpiece of the main altar. 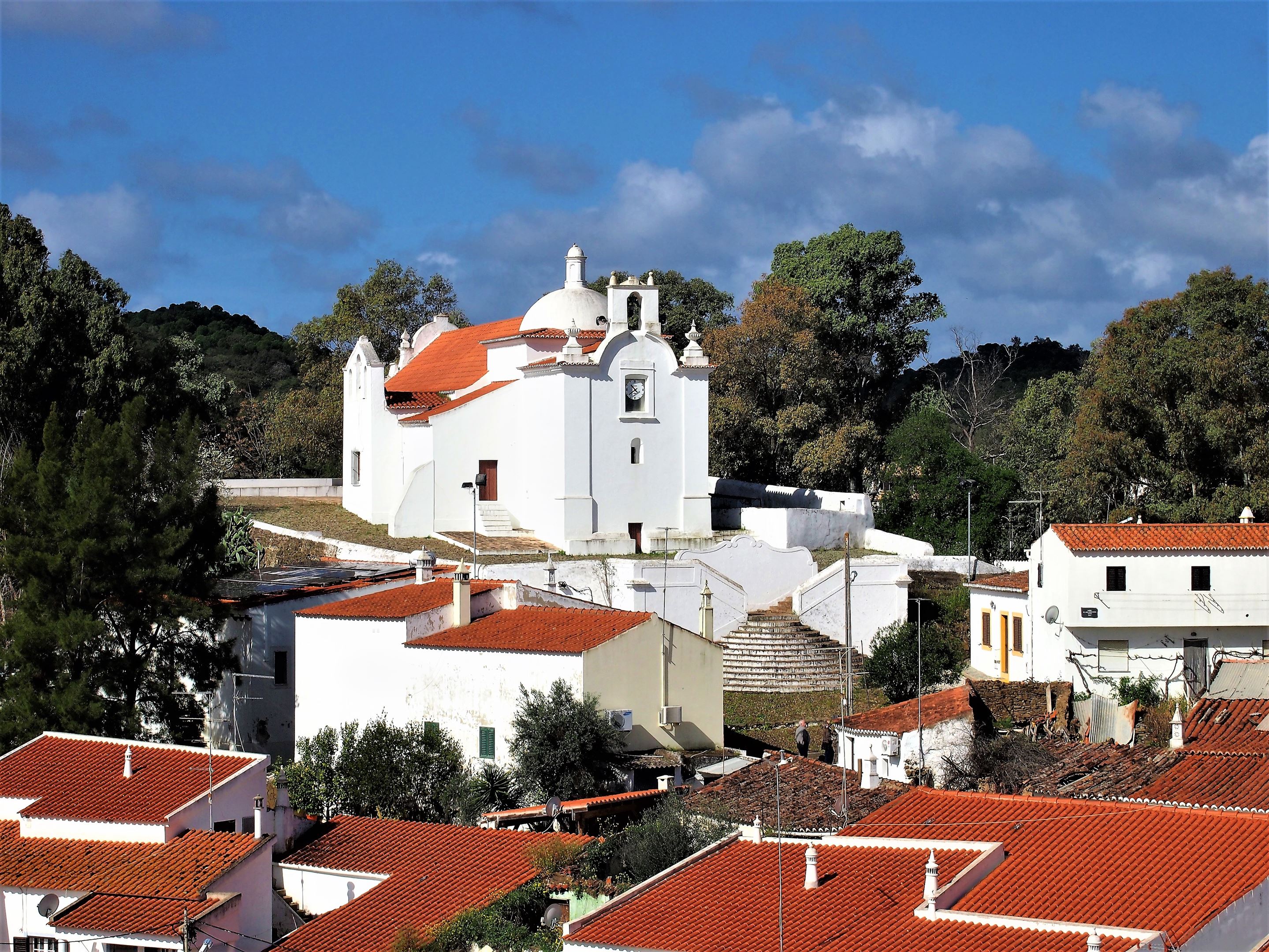 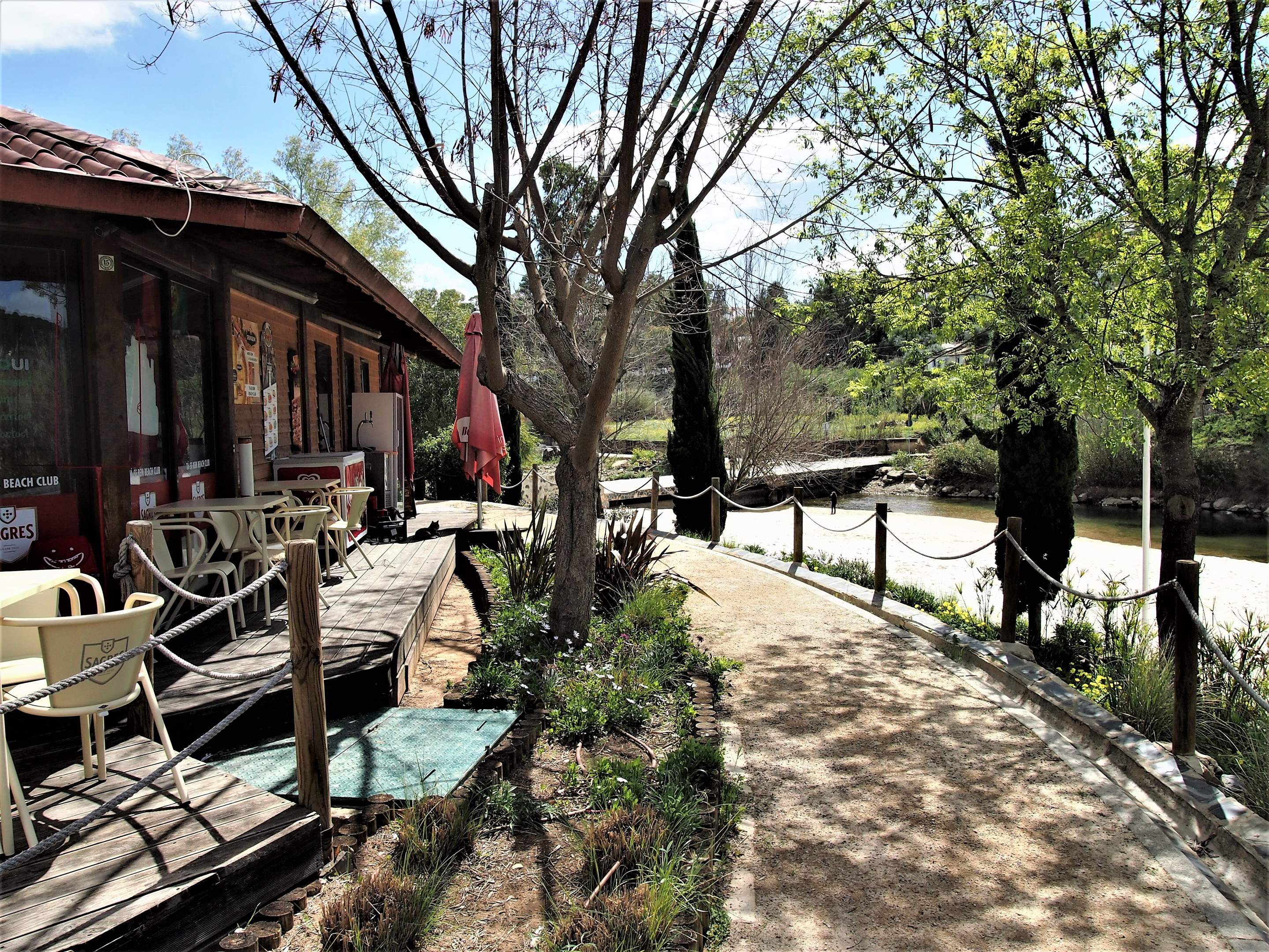 The Praia Fluvial do Pego, a small inland beach alongside a river in Alcoutim

Located in the northwest of Alcoutim, you will find Praia Fluvial do Pego, a small beach where you can take a dip in the Guadiana river. For the adrenaline seekers, there is Limite Zero, a zip line that crosses over the Guadiana river from Spain to Portugal.

There is no train station in Alcoutim so the best way to get around the region is by car. This way, you can explore other interesting places near Alcoutim like Castro Marim or Mértola in the Alentejo. 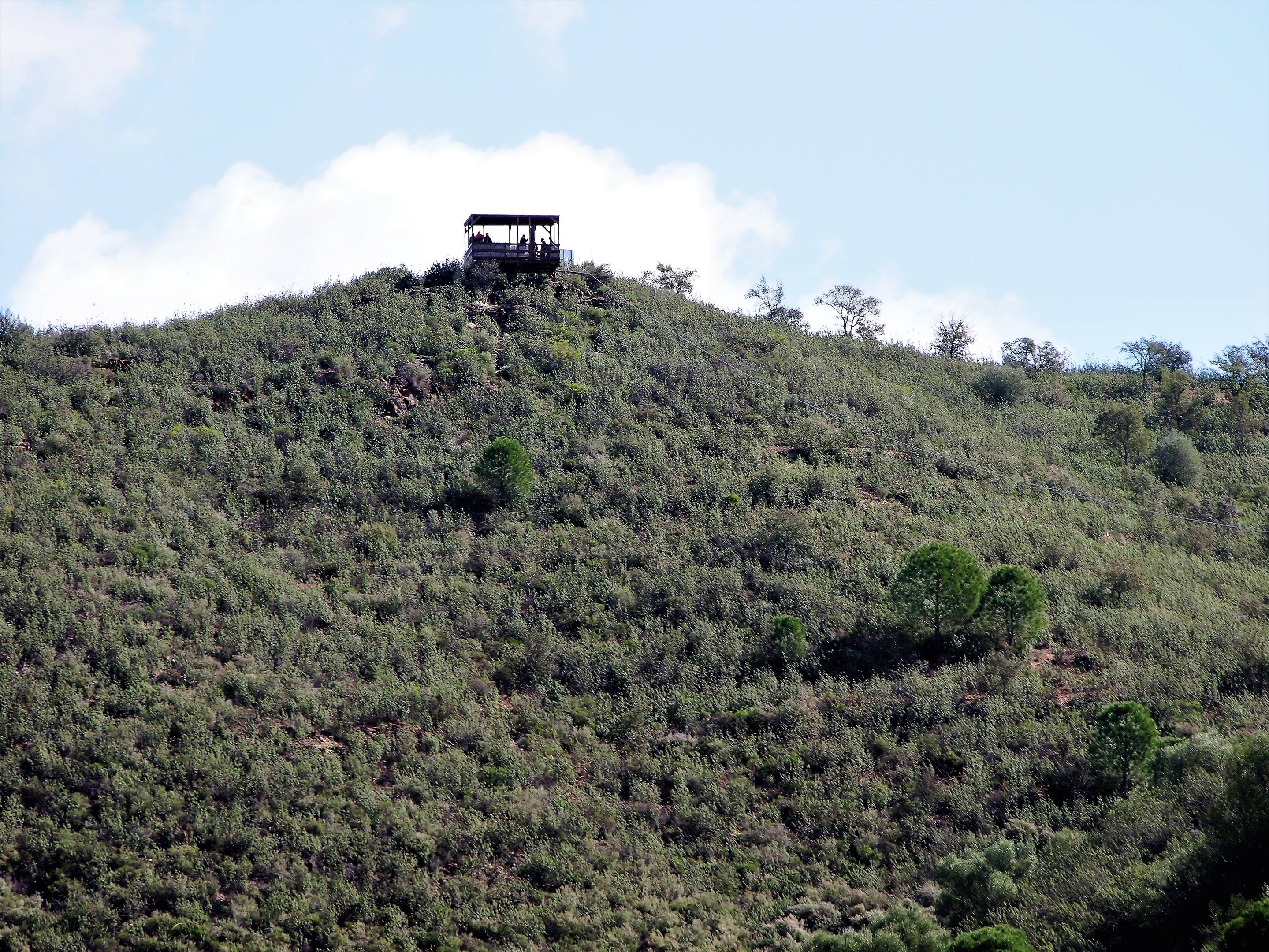 Customers at Limite Zero in Sanlúcar de Guadiana, Spain, waiting to descend the zip line across the Guadiana River to Alcoutim, Portugal. 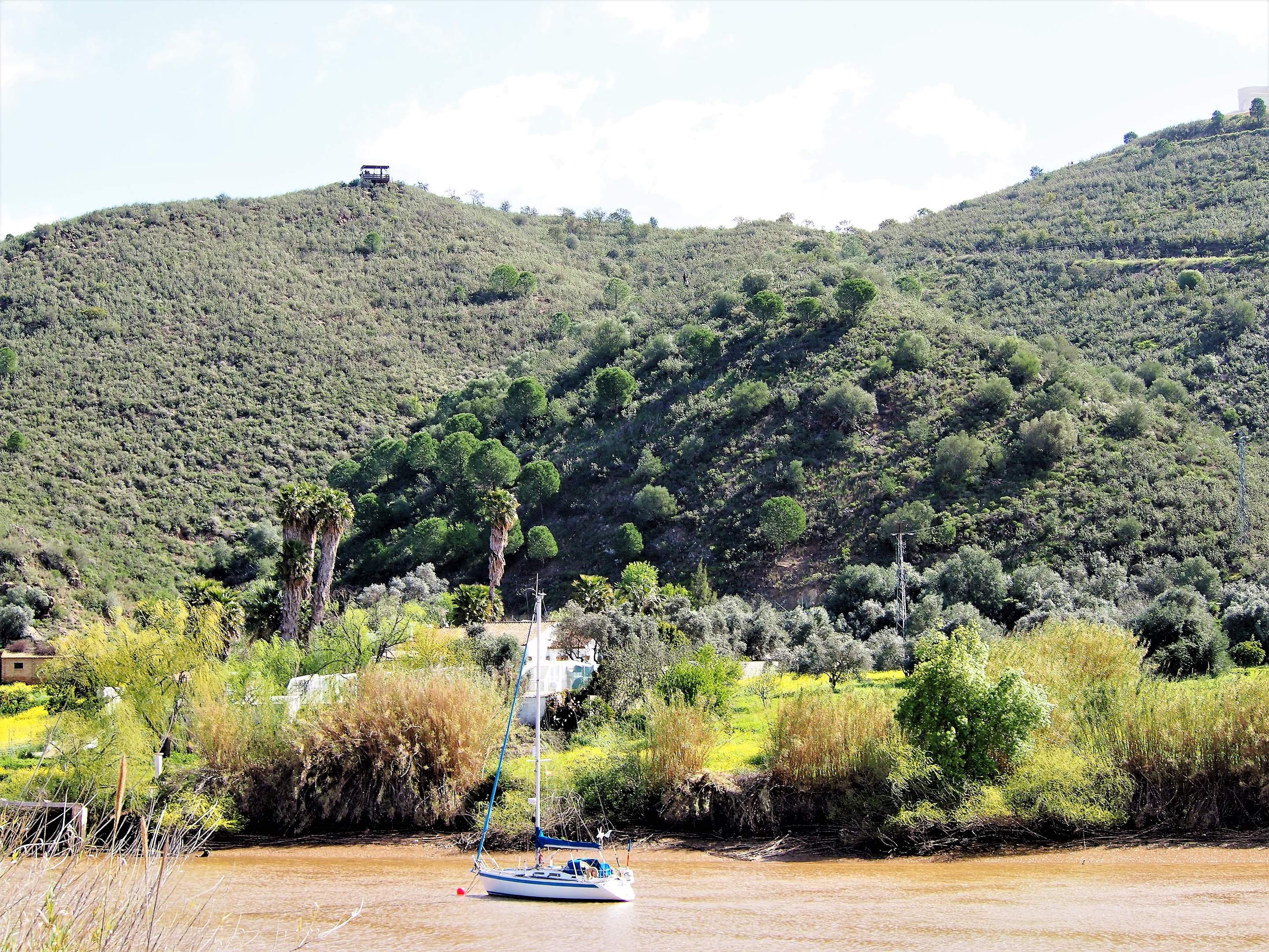 Look closely - coming down the zip line across the Guadiana River which provides the border between Spain and Portugal.

The restaurants in Alcoutim serve mostly fish from the river, like lamprey and eel, but there are also dishes with lamb, wild boar and pork.

Rag blankets, linen cloths and straw hats are a few of the traditional handicrafts made in Alcoutim. There is a crafts fair in June where you can buy these local items or you can just visit the shops in the town throughout the year.

Other popular events in Alcoutim include the Feira de Doces d’Avó, an Easter festival with egg painting activities and food stands selling local sweets and Festa de Alcoutim, a 5-day celebration that starts on the first Friday of September.

Explore this region by following our Alcoutim tour. 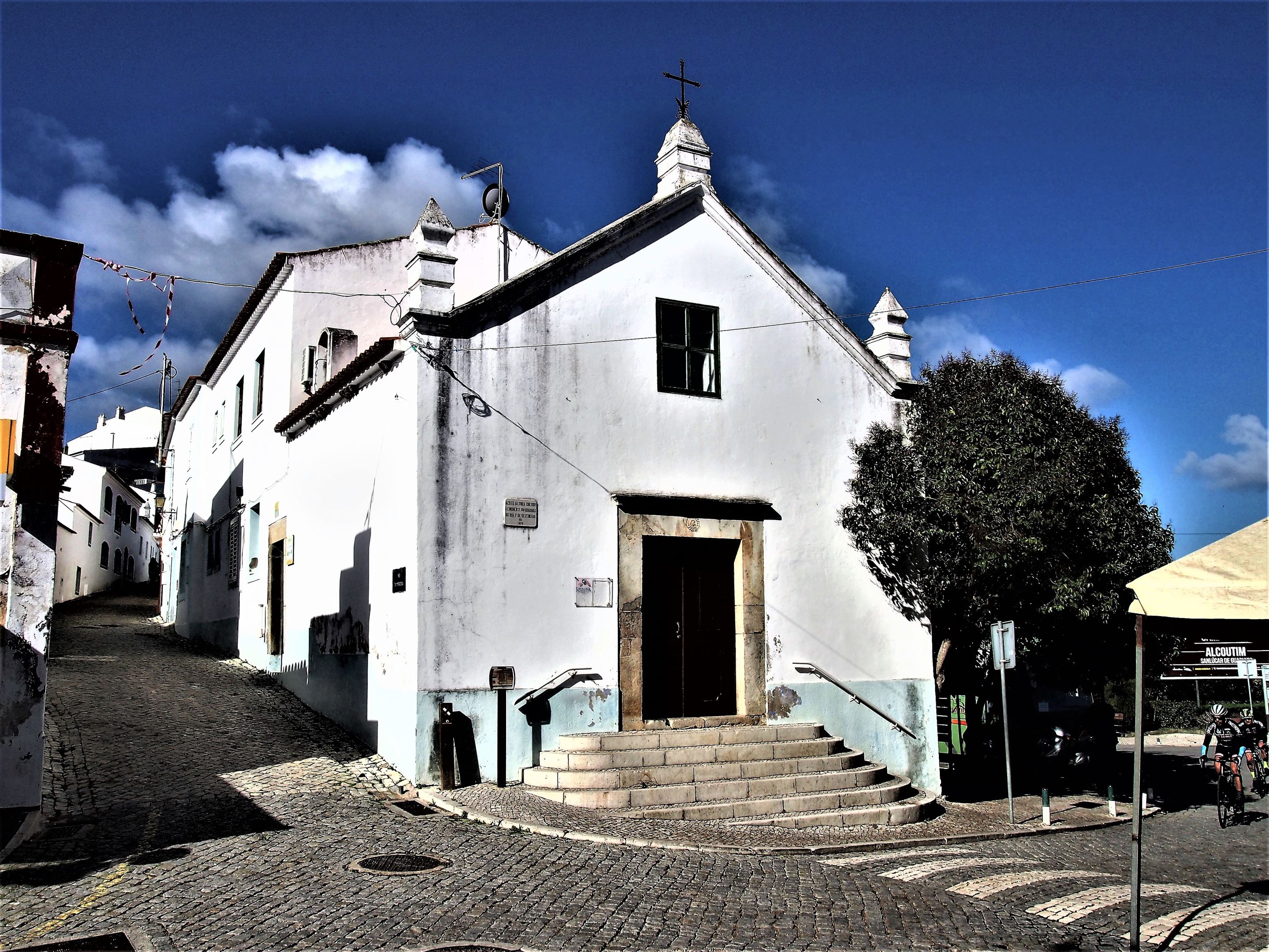 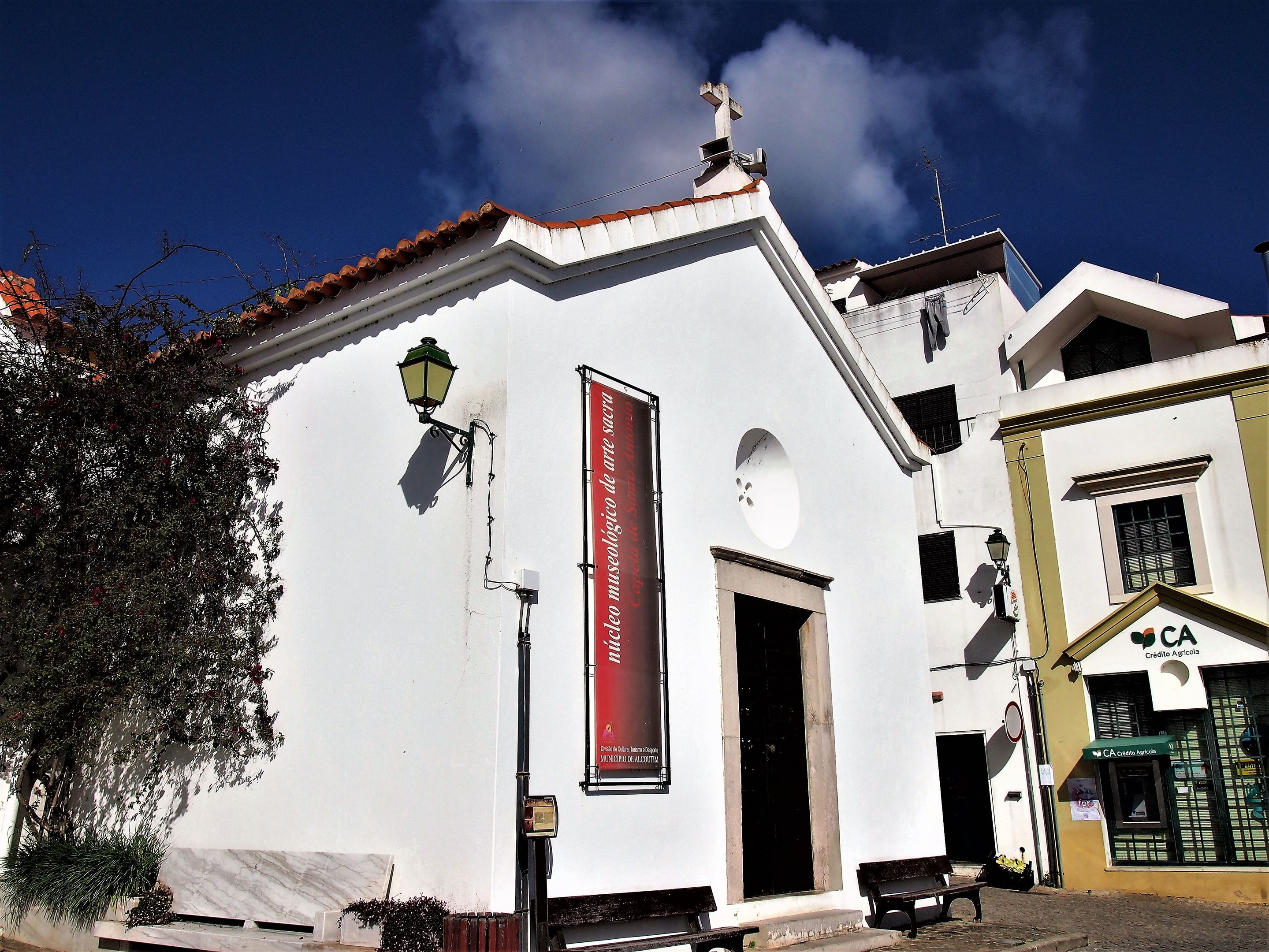 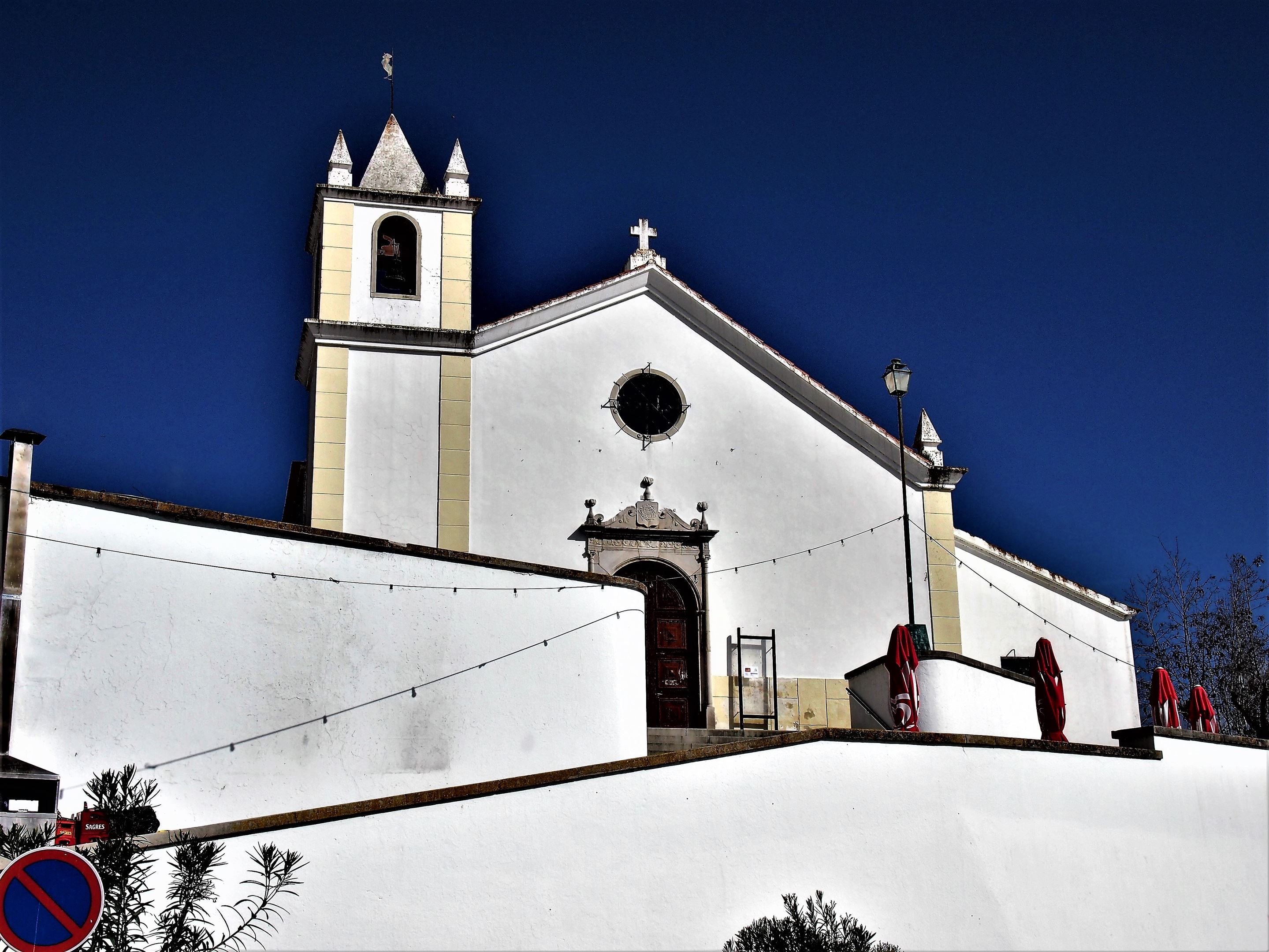