Stretching along the waterfront, Ferragudo is an old fishing village that sits on the Western side of Lagoa.

The town faces the coast of Portimão, divided only by a stretch of the Arade river that flows between the two districts. Its privileged location near the Atlantic attracted many civilizations in the past, including the Romans, the Carthaginians and the Phoenicians.

Today, the riverside is mostly a touristic area with small boats and ferries making the crossing from Ferragudo to Portimão. Along the riverside, there is a long promenade lined with restaurants serving delicious fresh fish dishes. Besides Portimão, there are other boat trips available from Ferragudo, including a trip to the medieval town of Silves or a tour of the nearby sea caves. 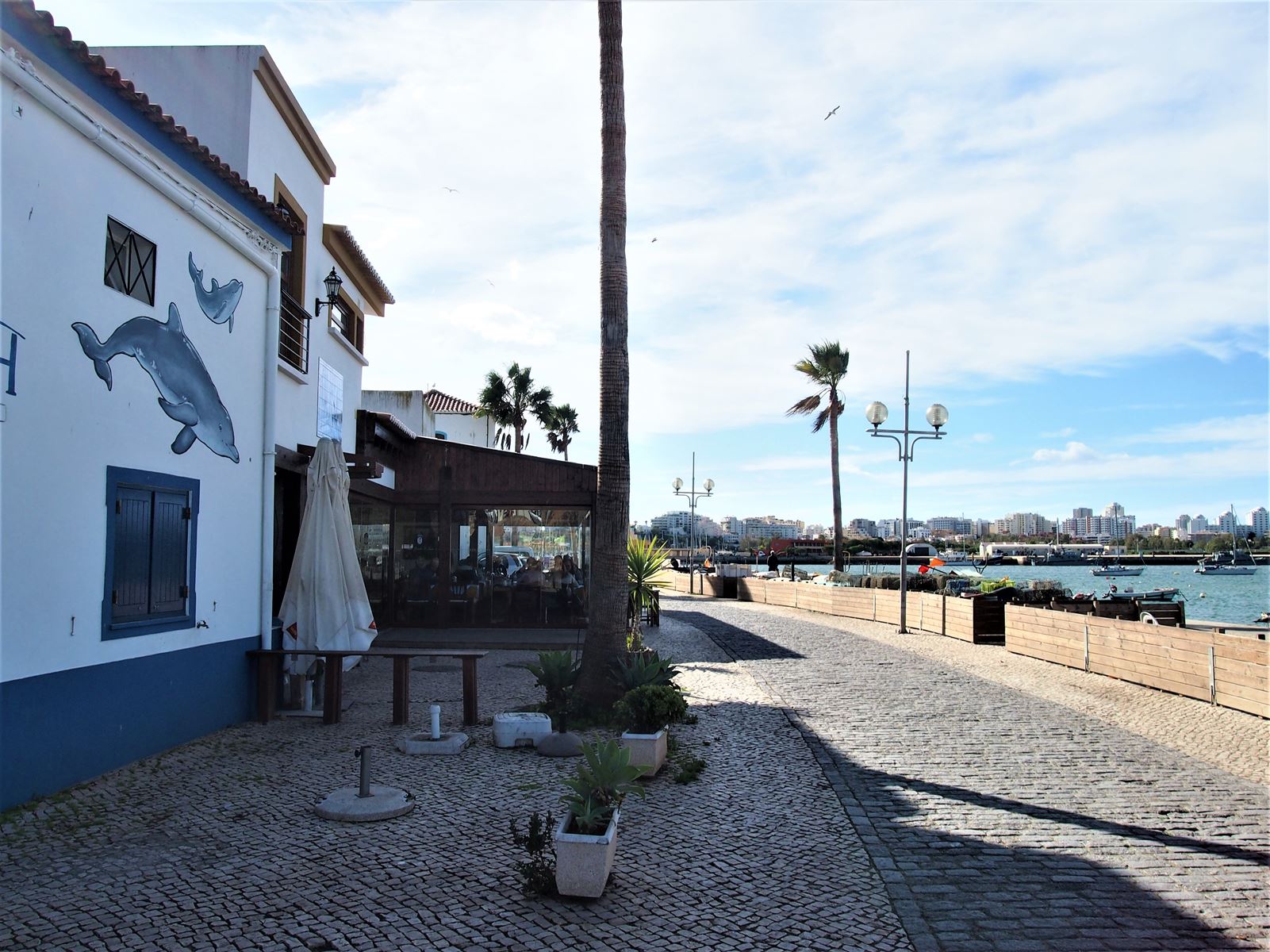 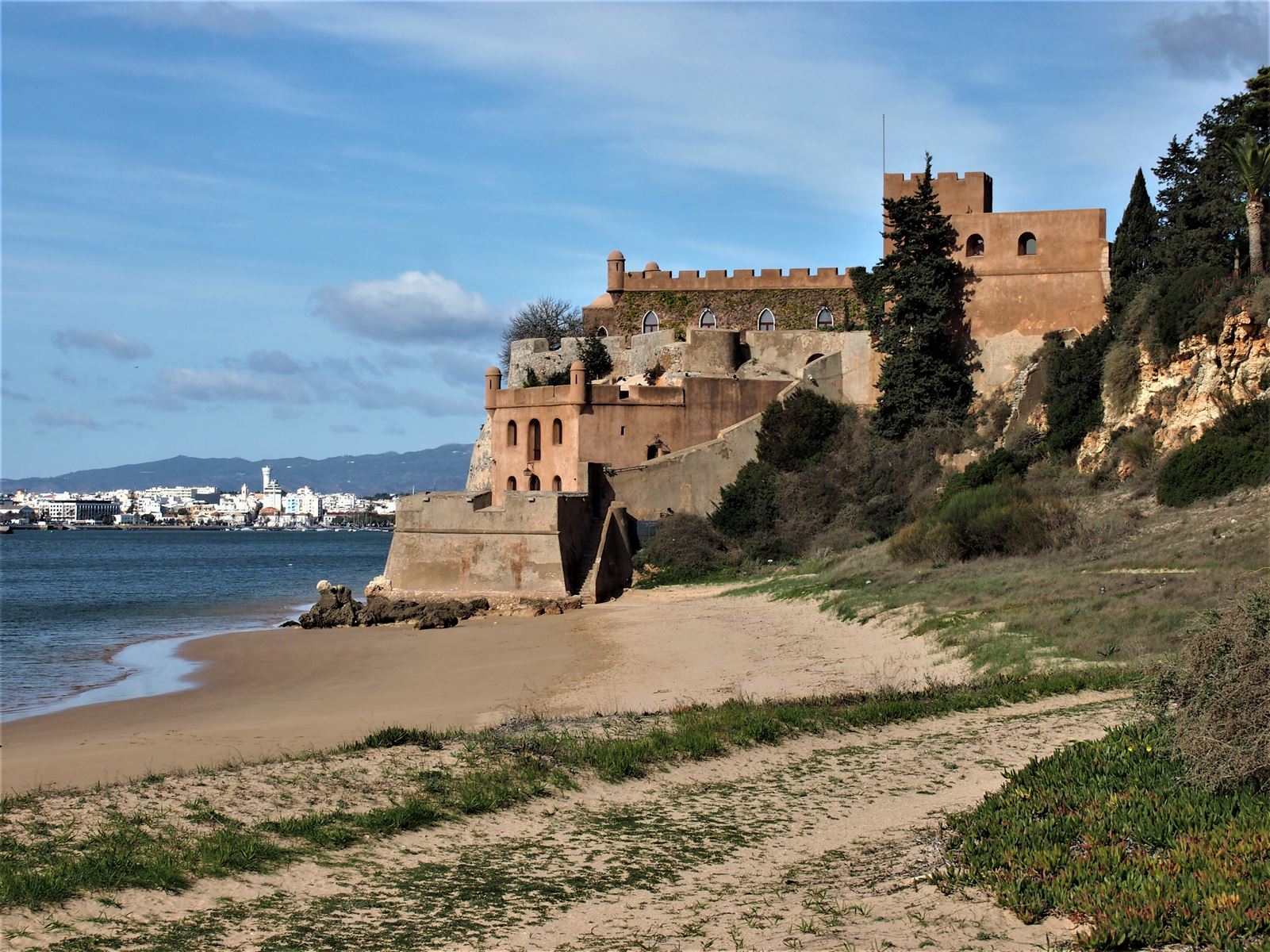 The castle of São João do Arade, now privately owned with Praia Grande in the foreground at Ferragudo.

One of the most impressive sights in Ferragudo is the Fort of São João do Arade, also known as the Castle of São João do Arade. The fort is established between two beaches, Praia da Angrinha and Praia Grande and was built in the 17th century to protect Portimão against pirate attacks. The building was later restored by a Portuguese poet, Coelho de Carvalho and it’s now a private property, so it’s sadly closed to the public. Nonetheless, you can still sit on the beach and admire this magnificent structure from the outside. From here, you can also spot the fort of Santa Catarina, an equally attractive fortress set across the river in Portimão. 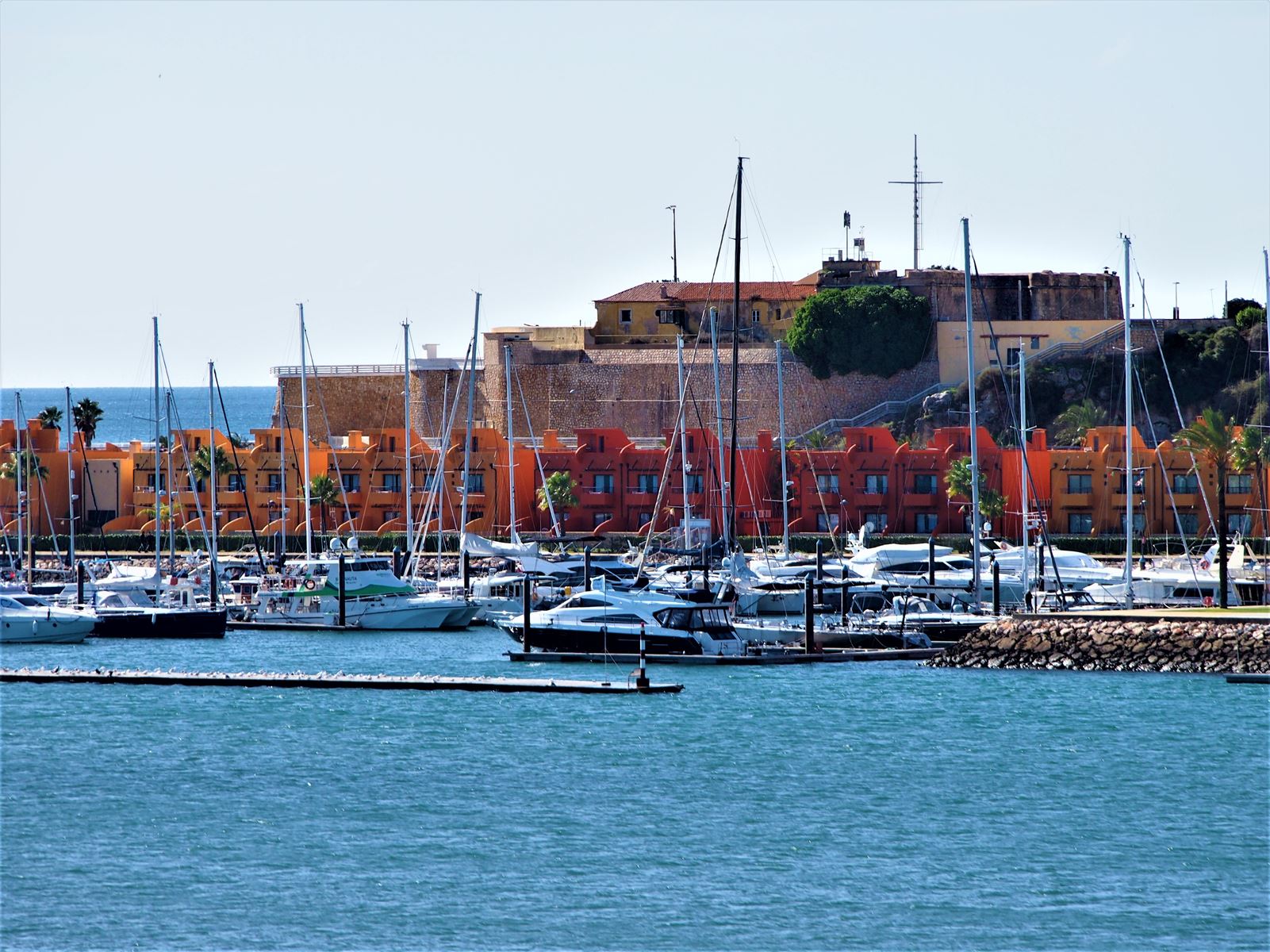 Looking towards Portimao showing the marina, the brightly coloured buildings of Tivoli Marina hotel and behind is the Fort of Santa Catarina. 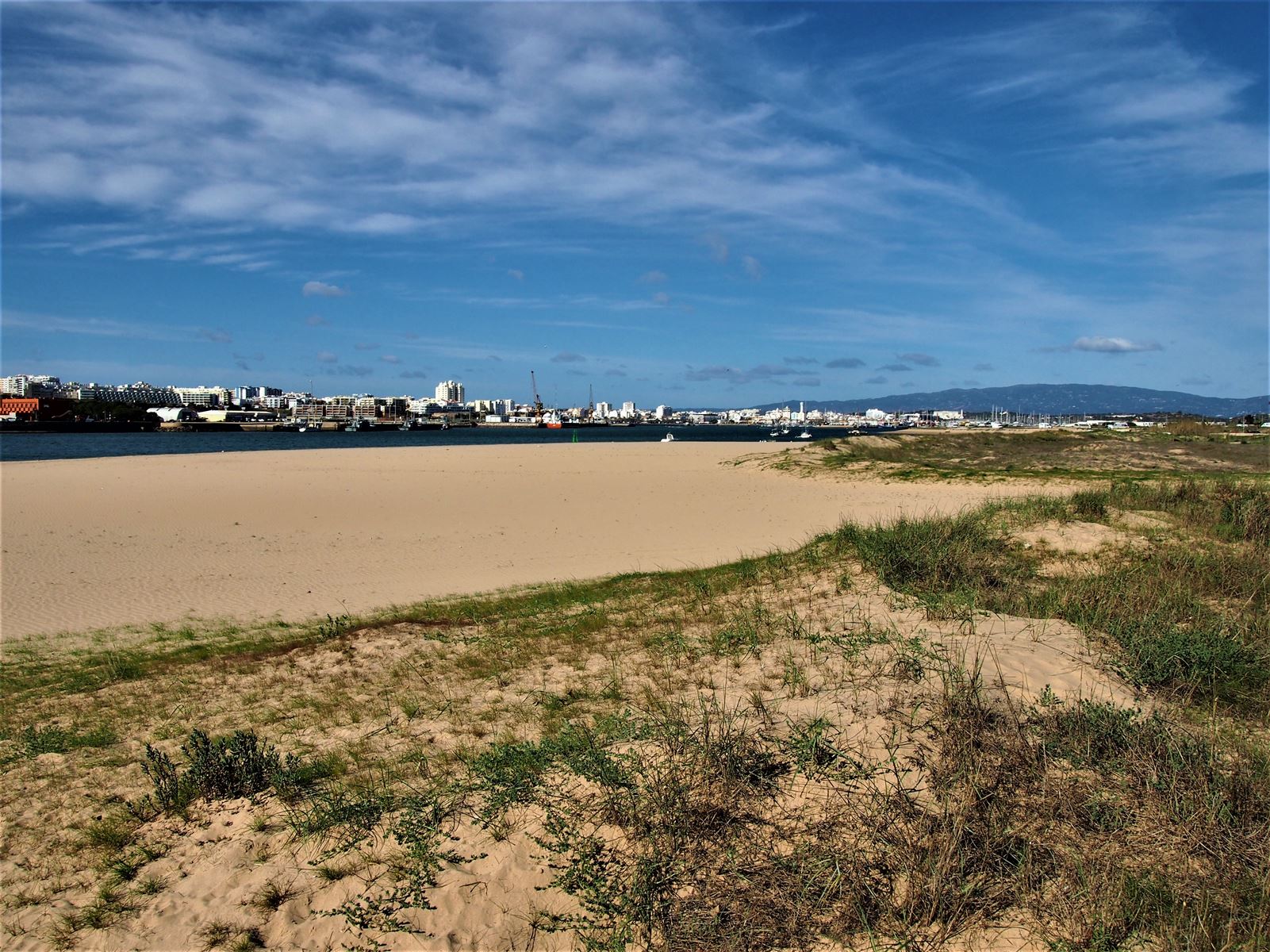 Ferragudo has a few more beaches that are worth checking including Praia do Molhe, Praia do Pintadinho and Praia dos Caneiros, among others.

Praça Rainha Dona Leonor is the main square in Ferragudo and it’s surrounded by small cafés and restaurants where you can grab a bite to eat. The square usually gets very lively in the summer with occasional dancing and music performances. The cobbled streets near the square lead to the church of Ferragudo, which provides incredible views of the town and across Portimão. 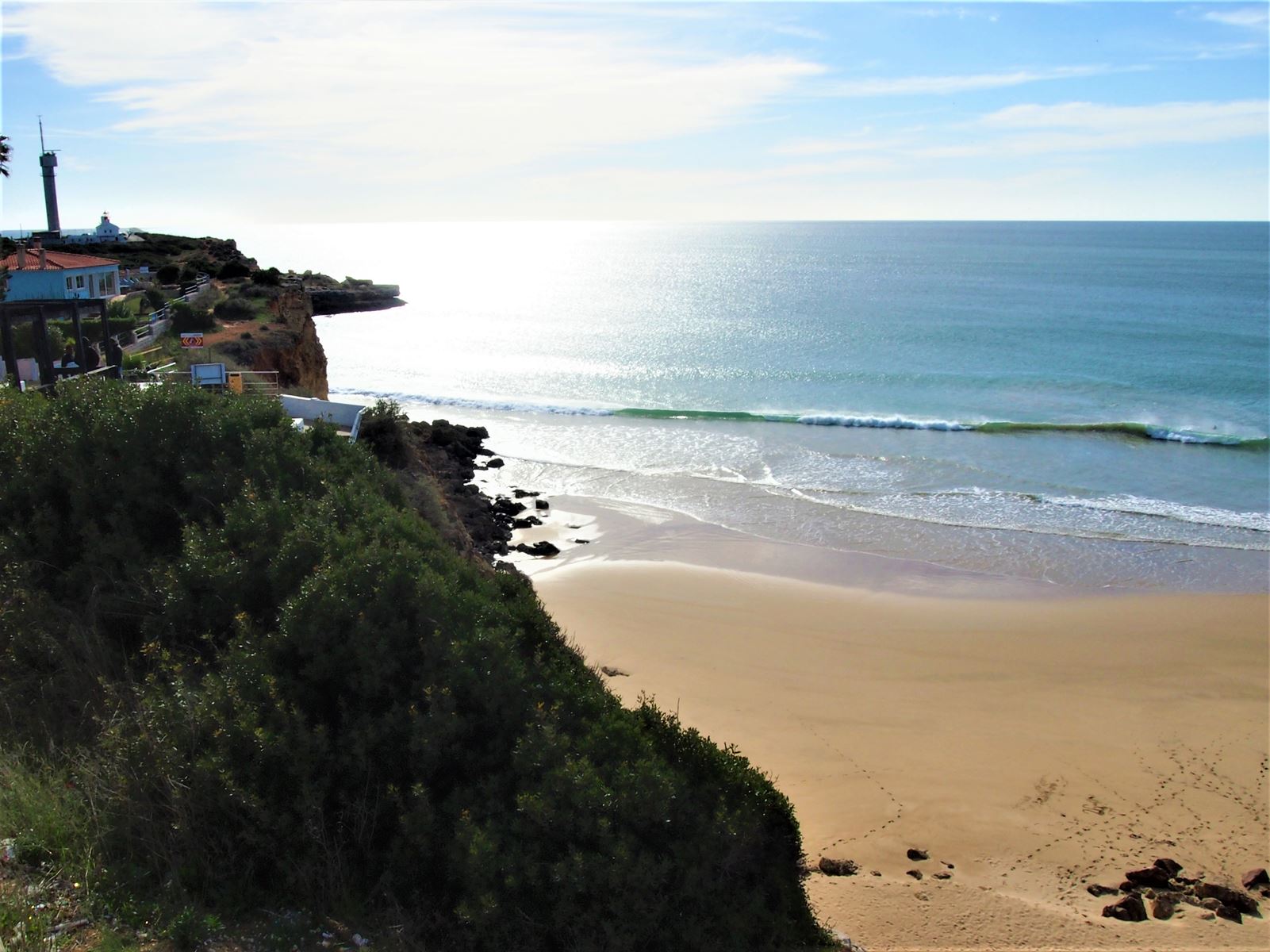 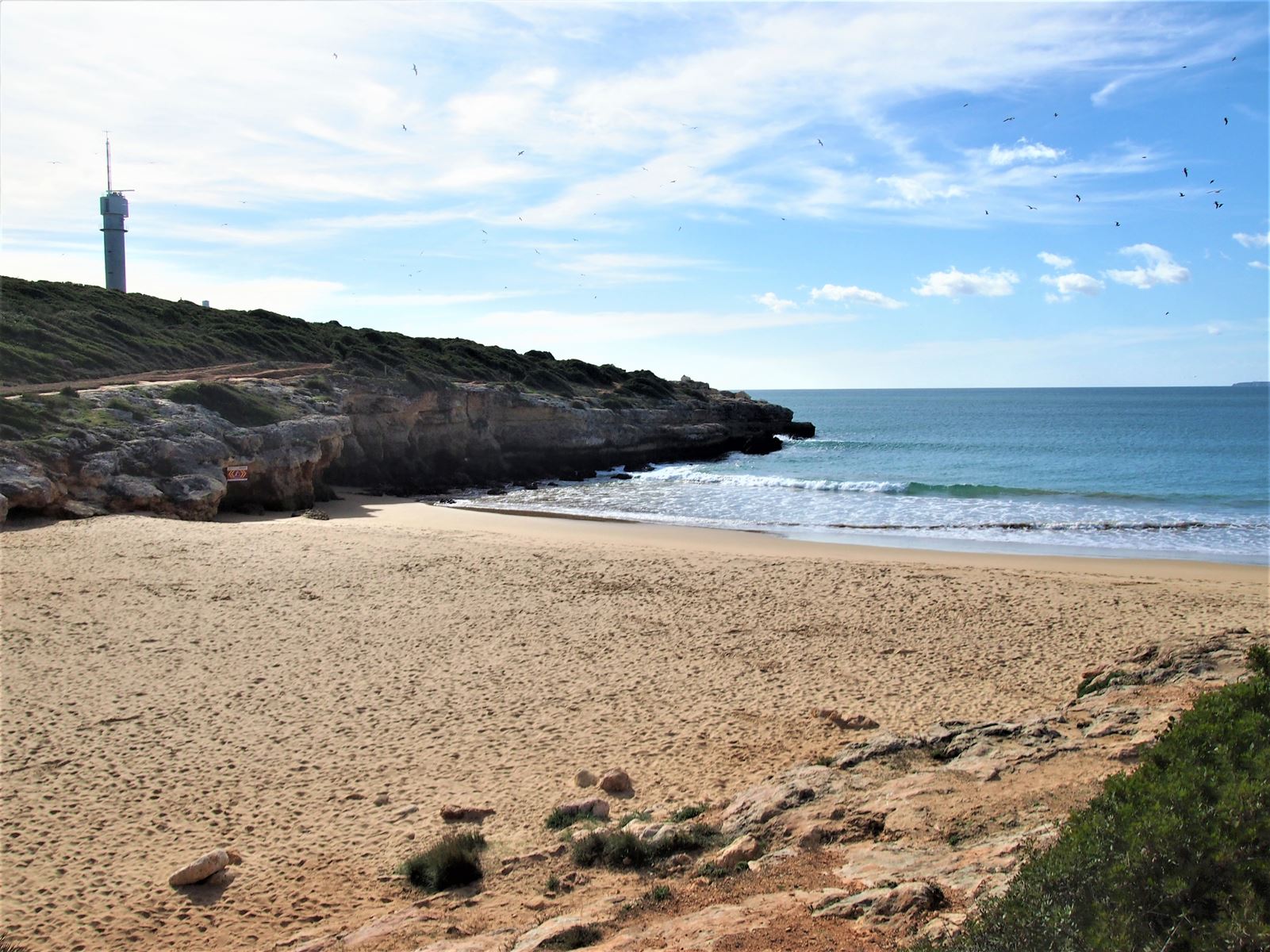 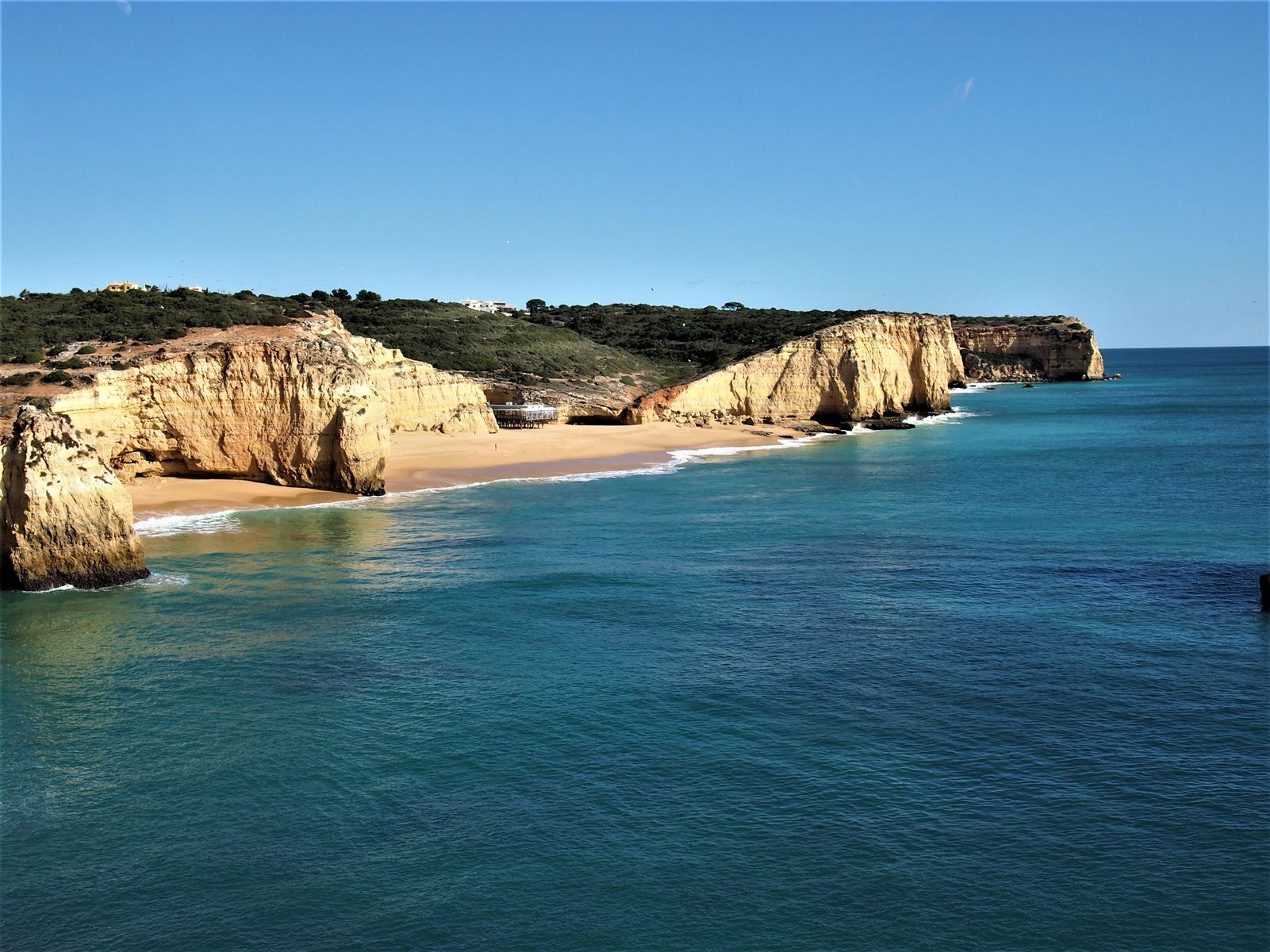 Down the coast of Ferragudo, there is the Lighthouse of Ponta do Altar. The lighthouse is set on a high vantage point and it’s one of the best places in Ferragudo to watch the sunset. 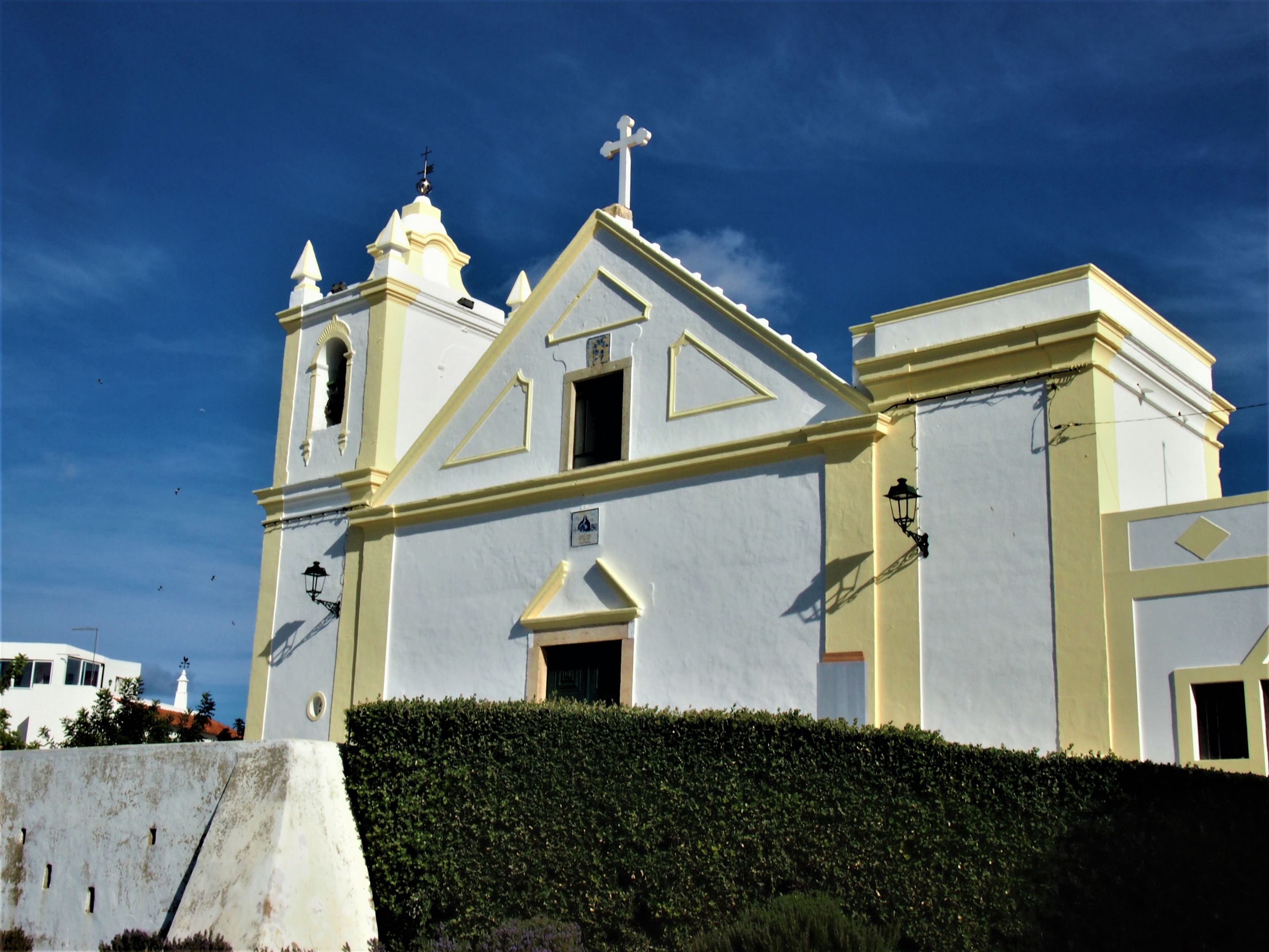 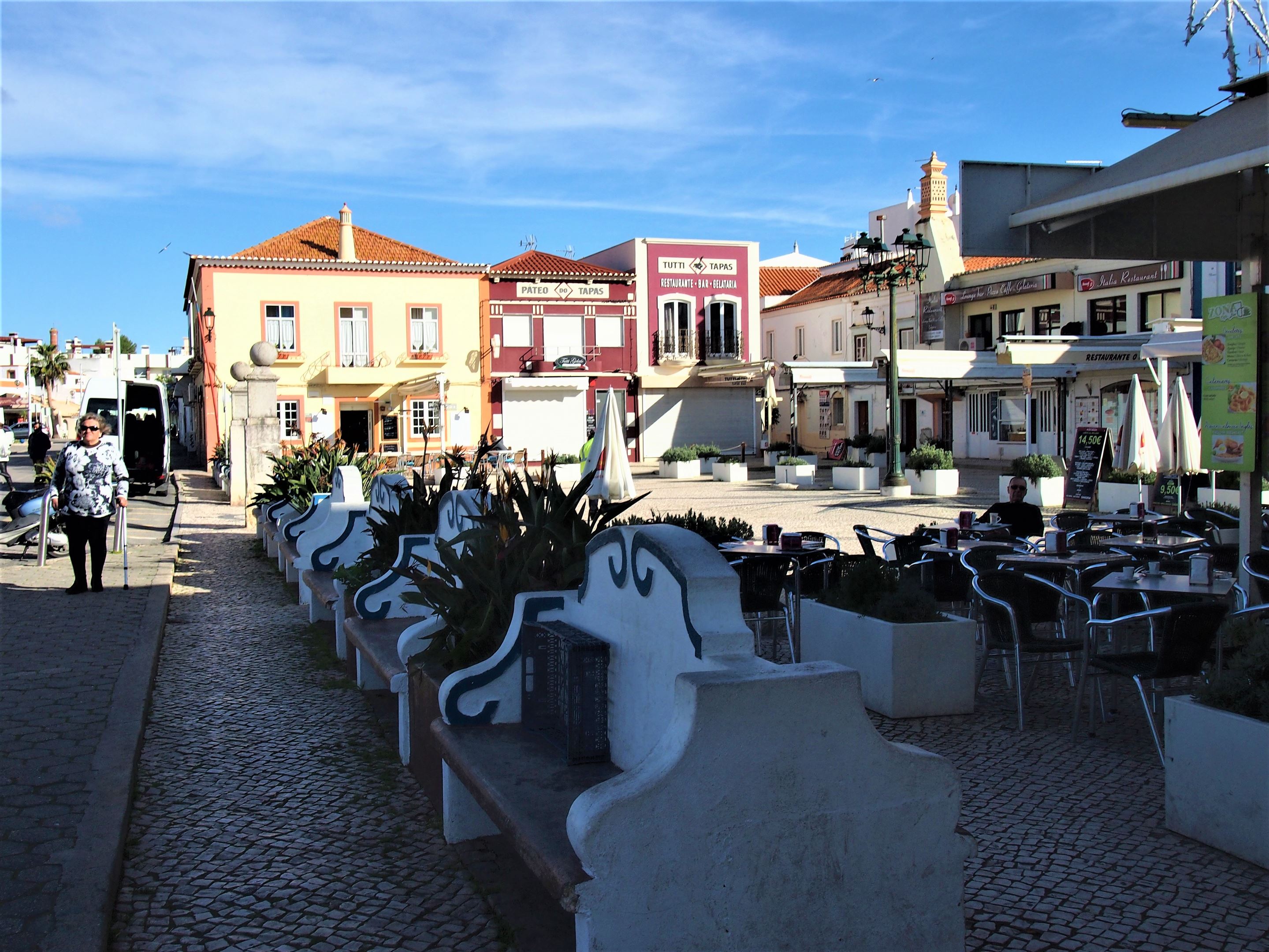 In August, Ferragudo hosts the festival of Nossa Senhora da Conceição, a religious procession that celebrates the town’s patron saint, passing through the streets and ending near the waterfront. Another important event in Ferragudo is the flea market, which takes place on the 2nd Sunday of every month except in August.