We have reached day 27 of our Algarve tour, and we travel west along the coast for our Olhão 2 day tour. Welcome to Olhão, a town of fishermen, olive groves and barrier islands. Bordered by the Ria Formosa estuary, Olhão is both a fishing port and a coastal paradise of beaches and lagoons. 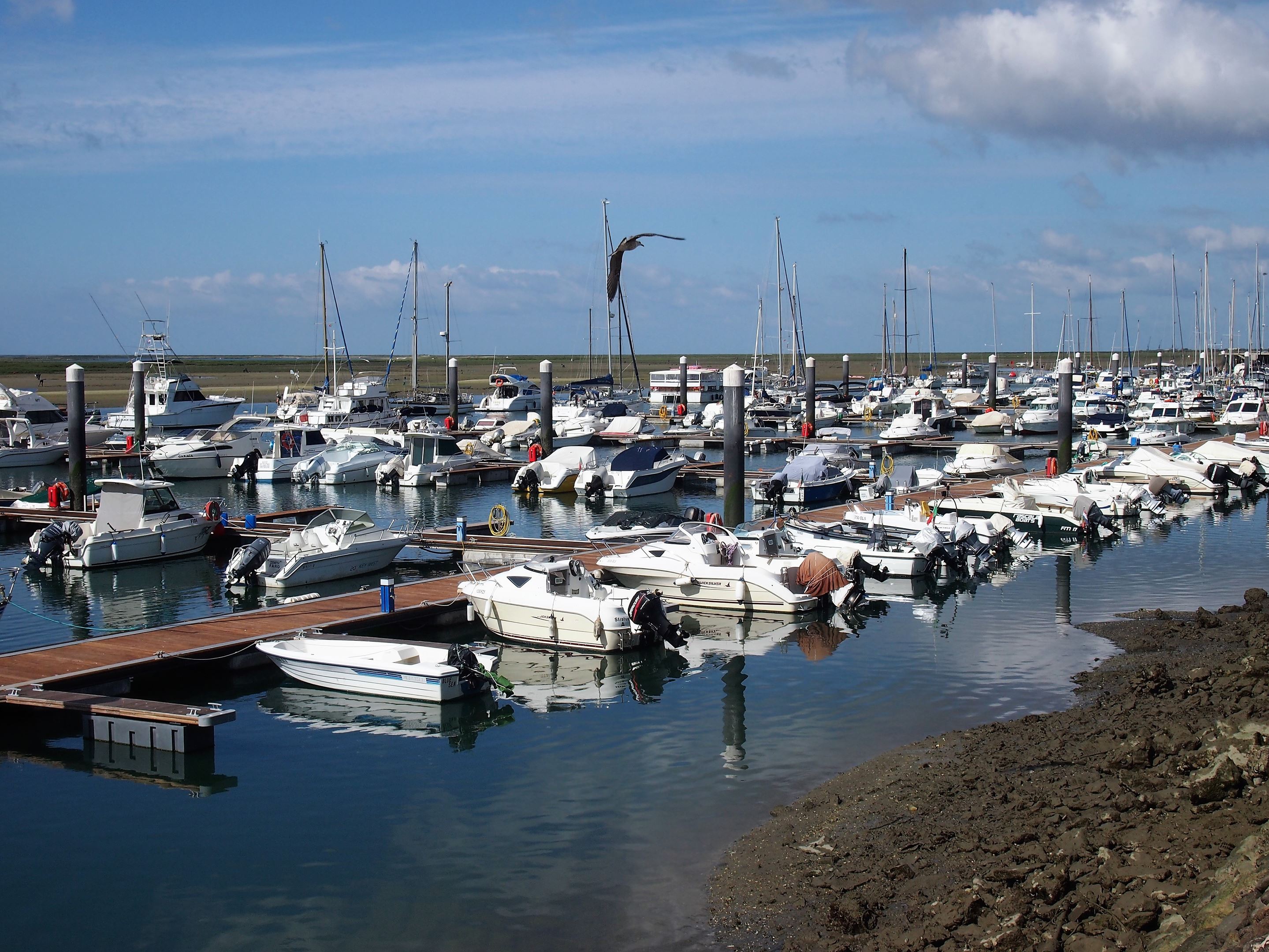 The marina at Olhão, Algarve 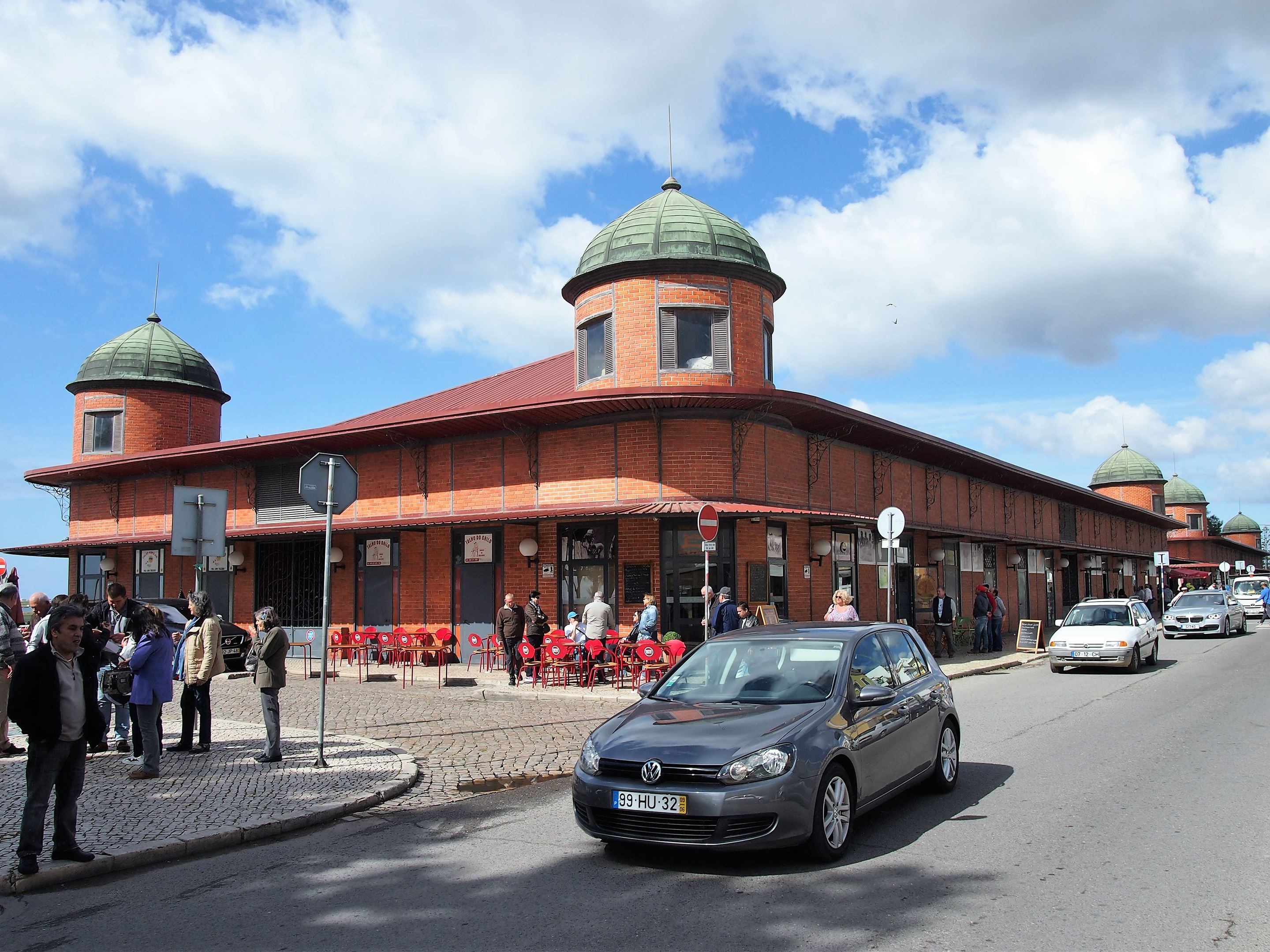 Olhão market, two buildings, one for vegetables and one for fish

I took the highway from Tavira and headed straight to the local market of Olhão. As I approached the waterfront, the market immediately stood out amidst the white houses with its red-brick walls and green domes. At one end, I saw stalls with fruits and vegetables and just opposite, another building solely dedicated to fish and seafood. There were cafés dotted around outside and colourful fishing boats resting on the docks. 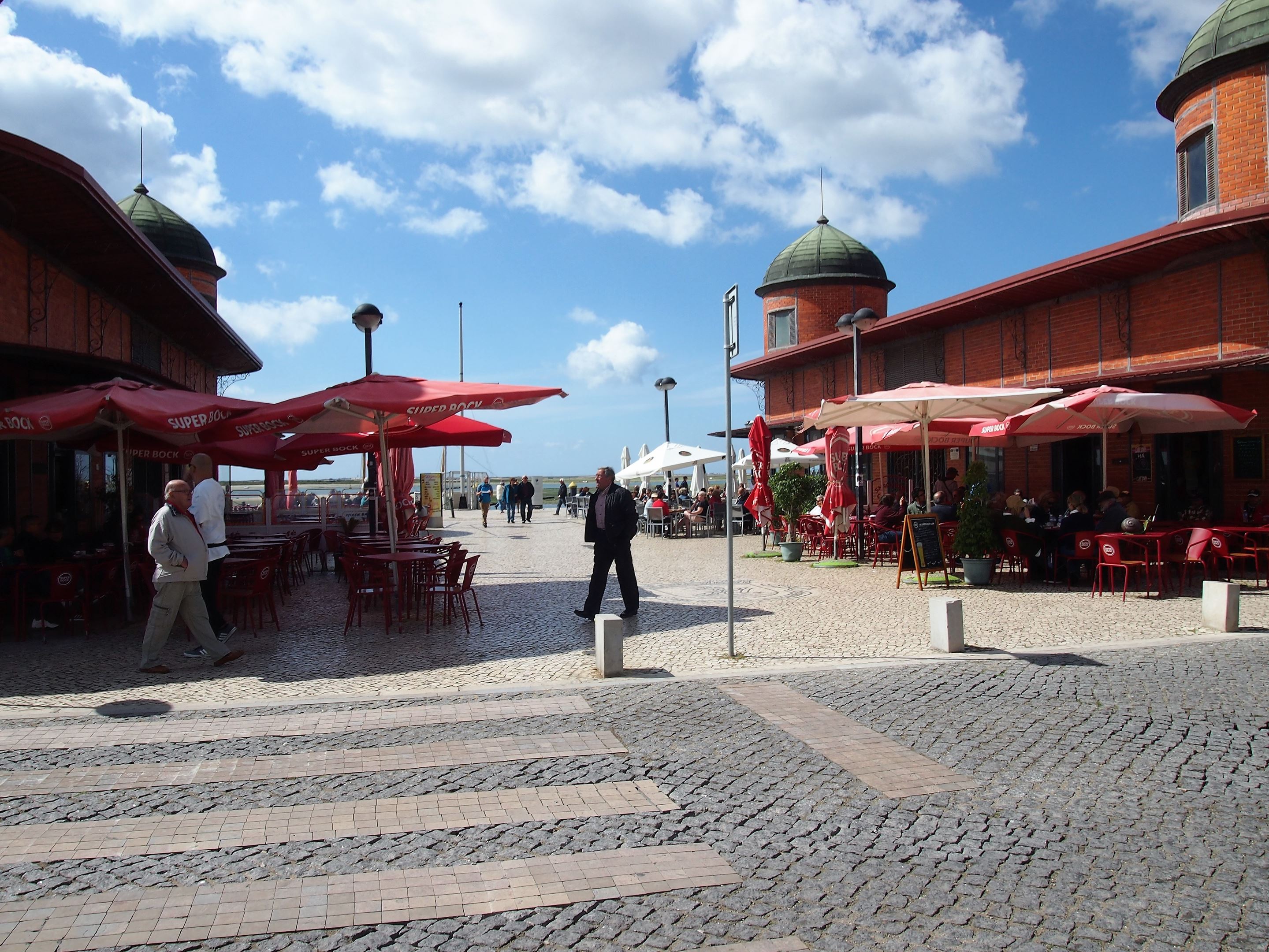 There are plenty of cafés to eat and drink at Olhão market, and admire the views of the Ria Formosa. 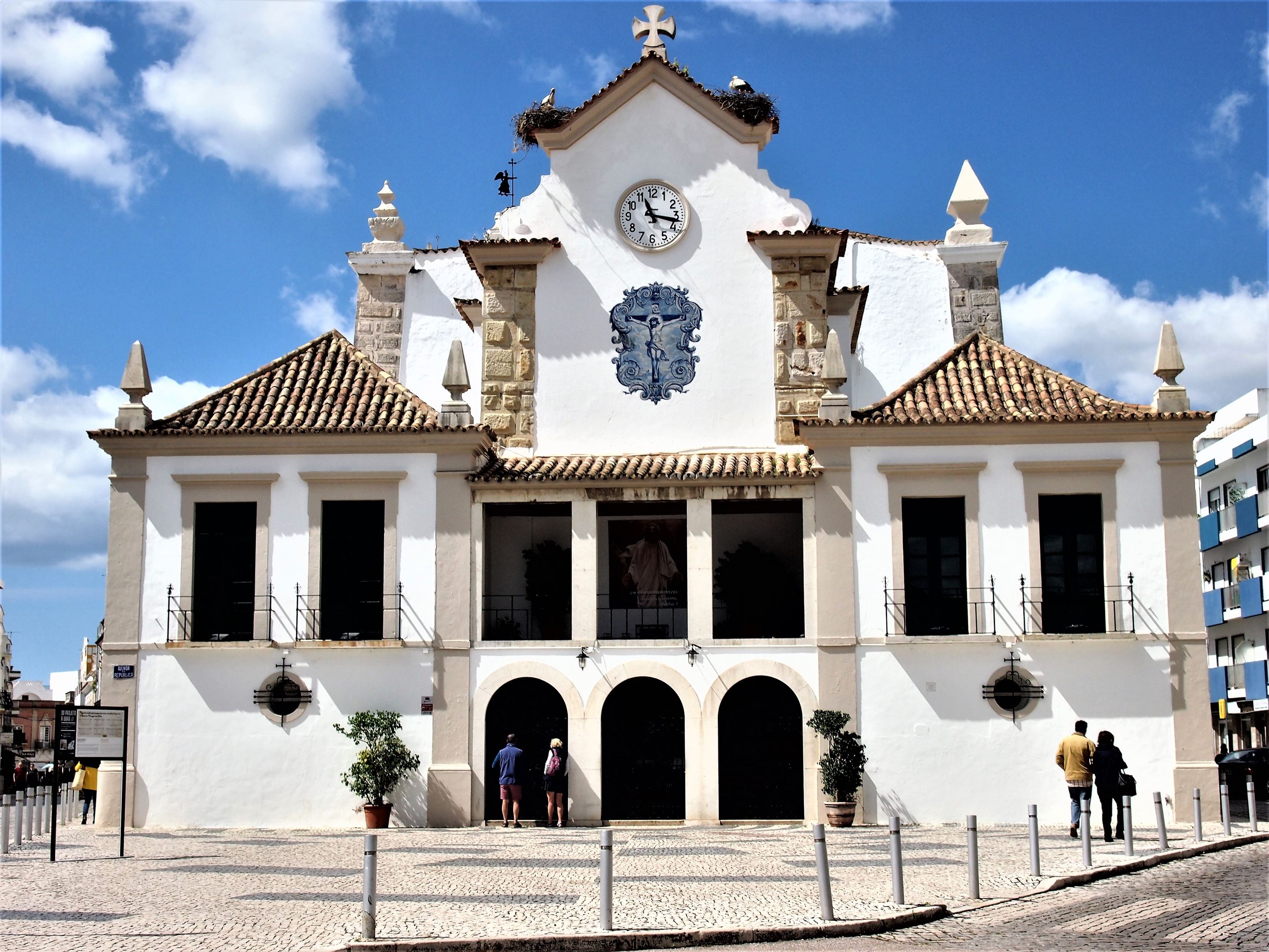 Igreja de Nossa Senhora do Rosário - Church of Our Lady of Rosário, Olhão

I left the market and walked to the centre of the town to visit the church of Nossa Senhora do Rosário. Inside the church, there were gilded altars and fresco paintings adorning the ceiling. At the back of the church, I found a small, yet charming chapel filled with blue and white tiles.

Next, I visited the Municipal Museum of Olhão. The ground floor of the museum featured a variety of artefacts linked to the history of the town, while the top floor had more information about Olhão’s fishing traditions. 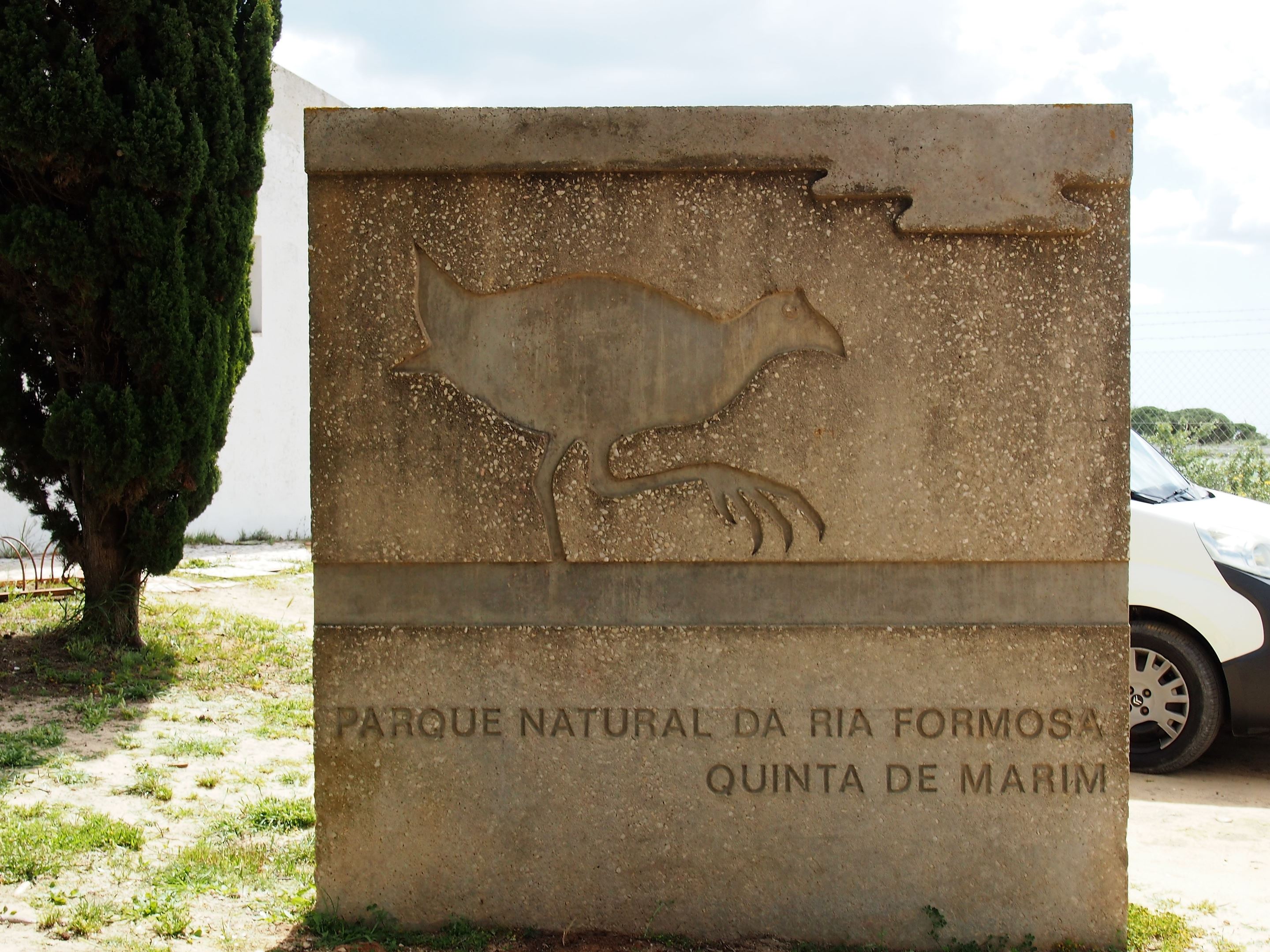 At the entrance to Quinta de Marim, Olhão. There are no signposts to this place but it's correctly marked on Google Maps.

I wanted to go for a hike before lunch and thanks to the Iberian Escapes team, I knew just the place to go - Quinta de Marim. I was first introduced to the Ria Formosa Natural Park when I arrived in Faro, but the headquarters of the park is actually in Olhão at Quinta de Marim. After parking the car near the entrance, I went to the visitors’ centre and bought my ticket.

I followed the arrows to the nature trail and in a few minutes, I was surrounded by woodlands, dunes and mudflats. Along the way, I found an old tide mill and I climbed up to relish the views across the estuary. It took me about two hours to finish the hike, which ended back at the visitors’ centre.

For the afternoon, Iberian Escapes booked me a tour around the islands which departed from Olhão near the Real Marina & Spa Hotel. The tour was scheduled for 12.45 pm, so I rushed off to the harbour and was the last passenger to get on board.

The first stop of the tour was Praia do Farol, a small beach with an imposing red-and-white lighthouse.  Then, we sailed a bit further towards the centre of Ilha da Culatra and stopped there for lunch. Lunch wasn’t included in the tour,  so I just ventured out on my own and ate at one of the local restaurants. Surprisingly, the island had plenty of shops and restaurants, so there was a lot to see during the break. 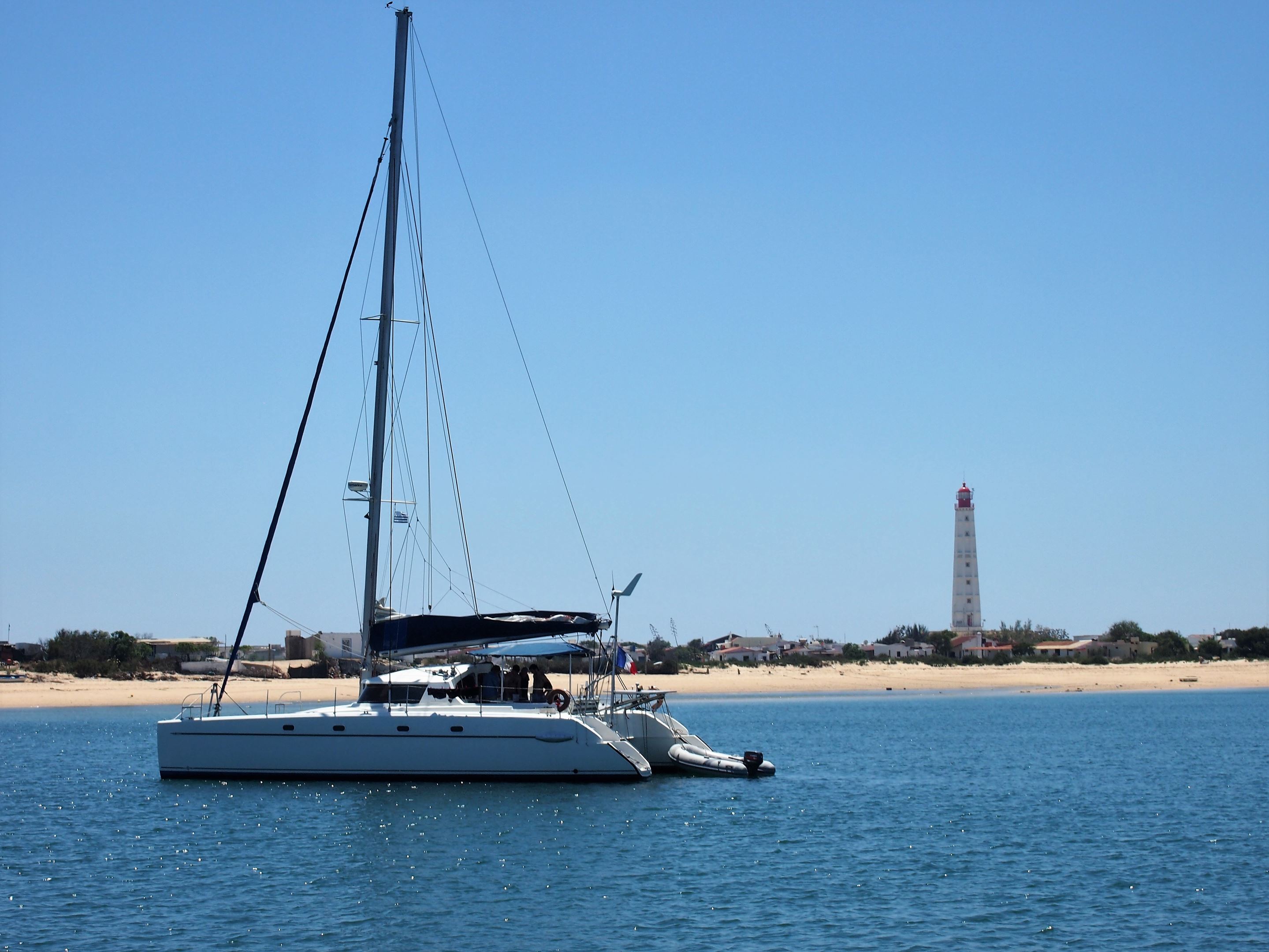 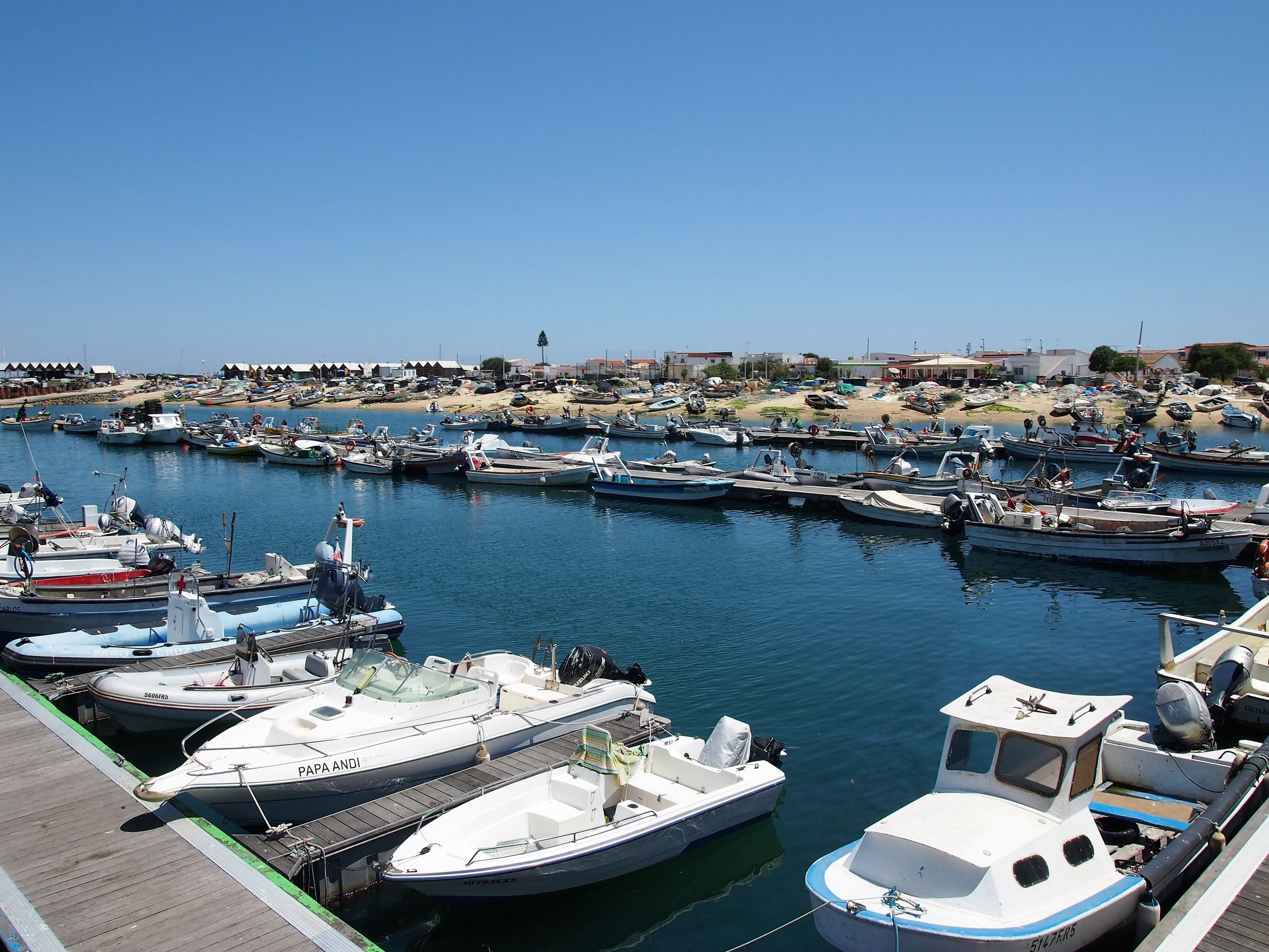 The marina at Ilha da Culatra near Olhão

Looking across Ilha da Culatra with Olhão in the background 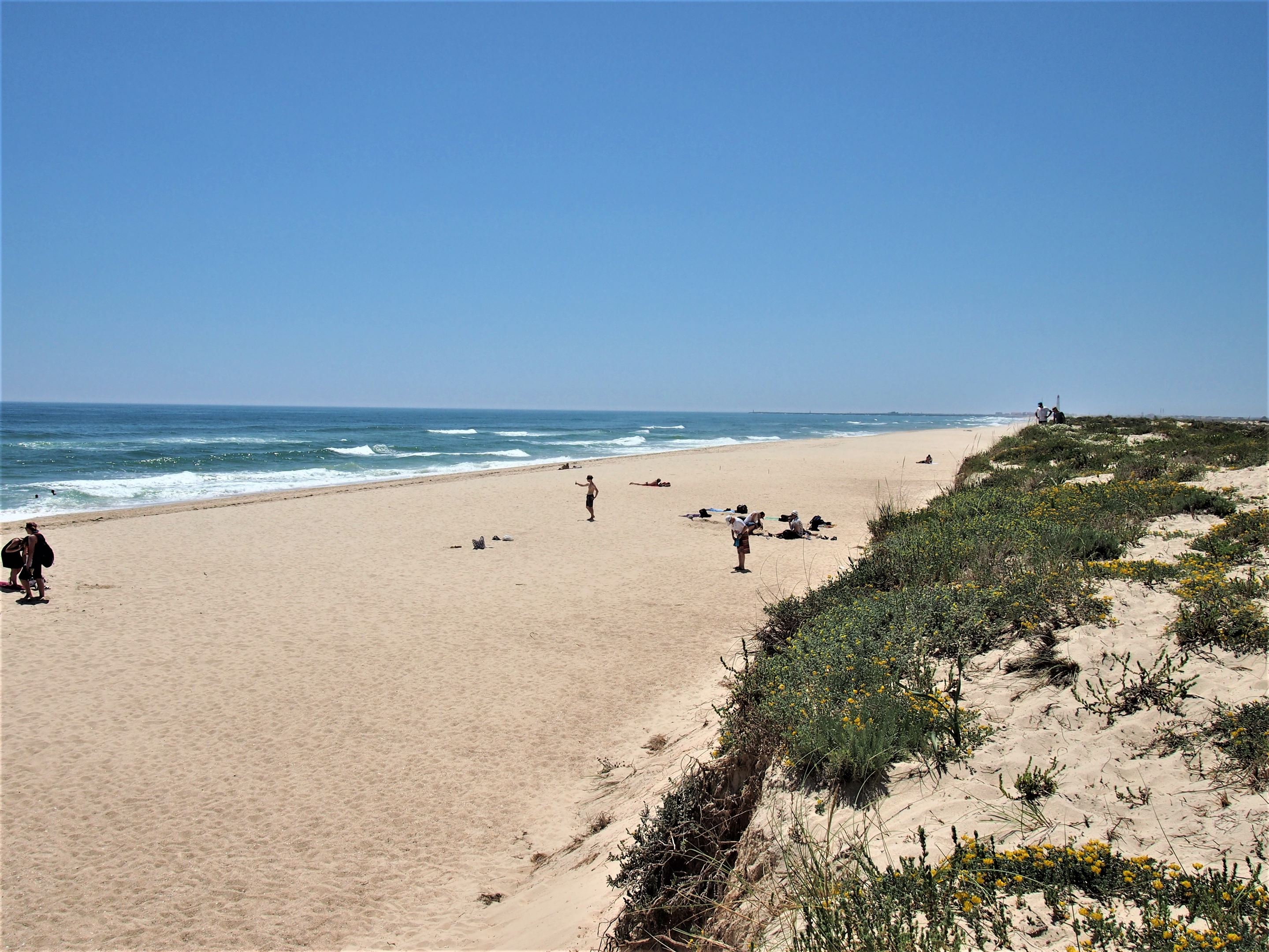 After lunch, we visited the last island, Ilha da Armona and stayed there for a while enjoying the cool breeze and the soft sand caressing our feet. We arrived at Olhão around 4.45 pm and since it was still early for dinner, I decided to go for a walk along the waterfront to pass the time. 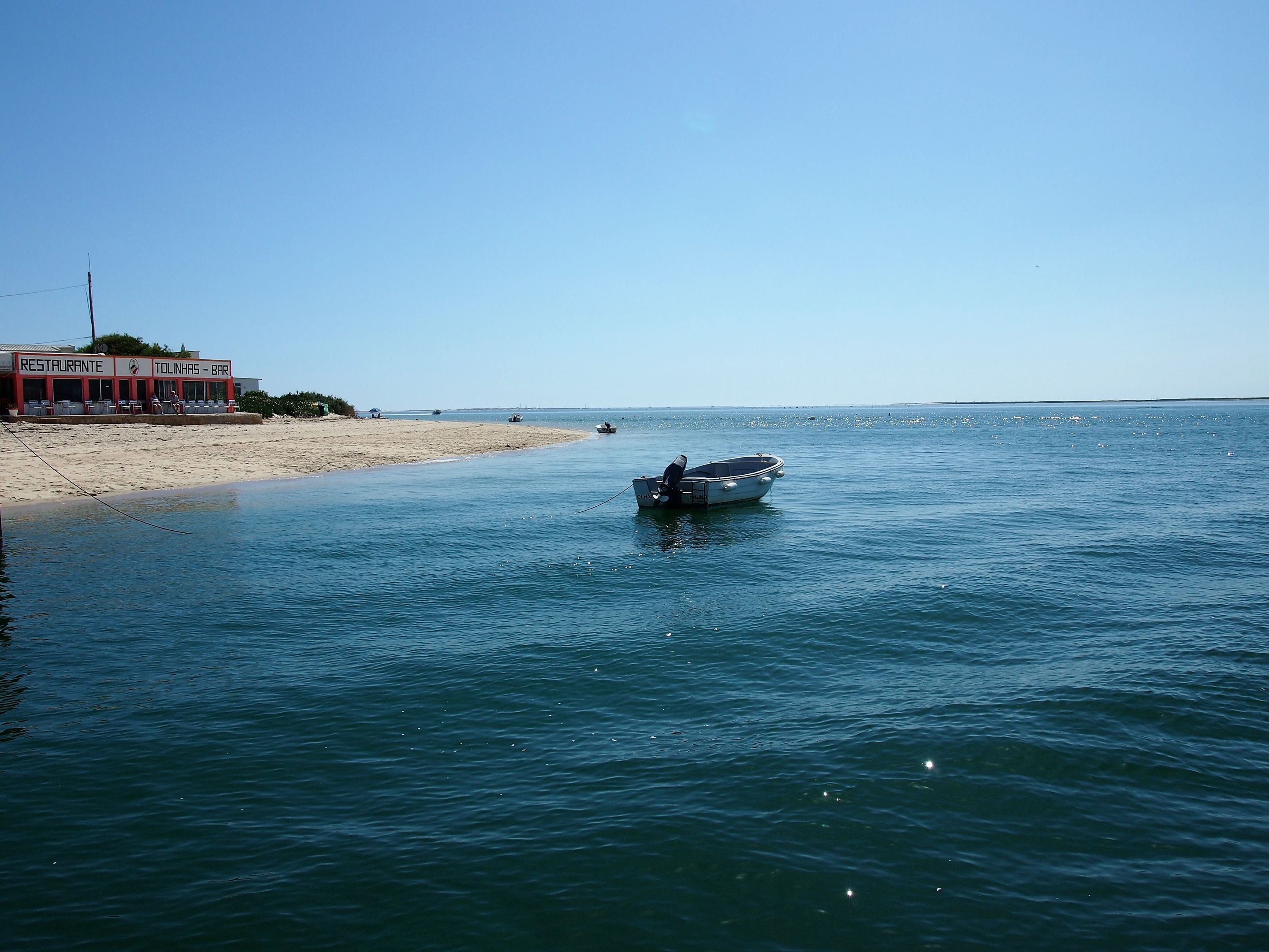 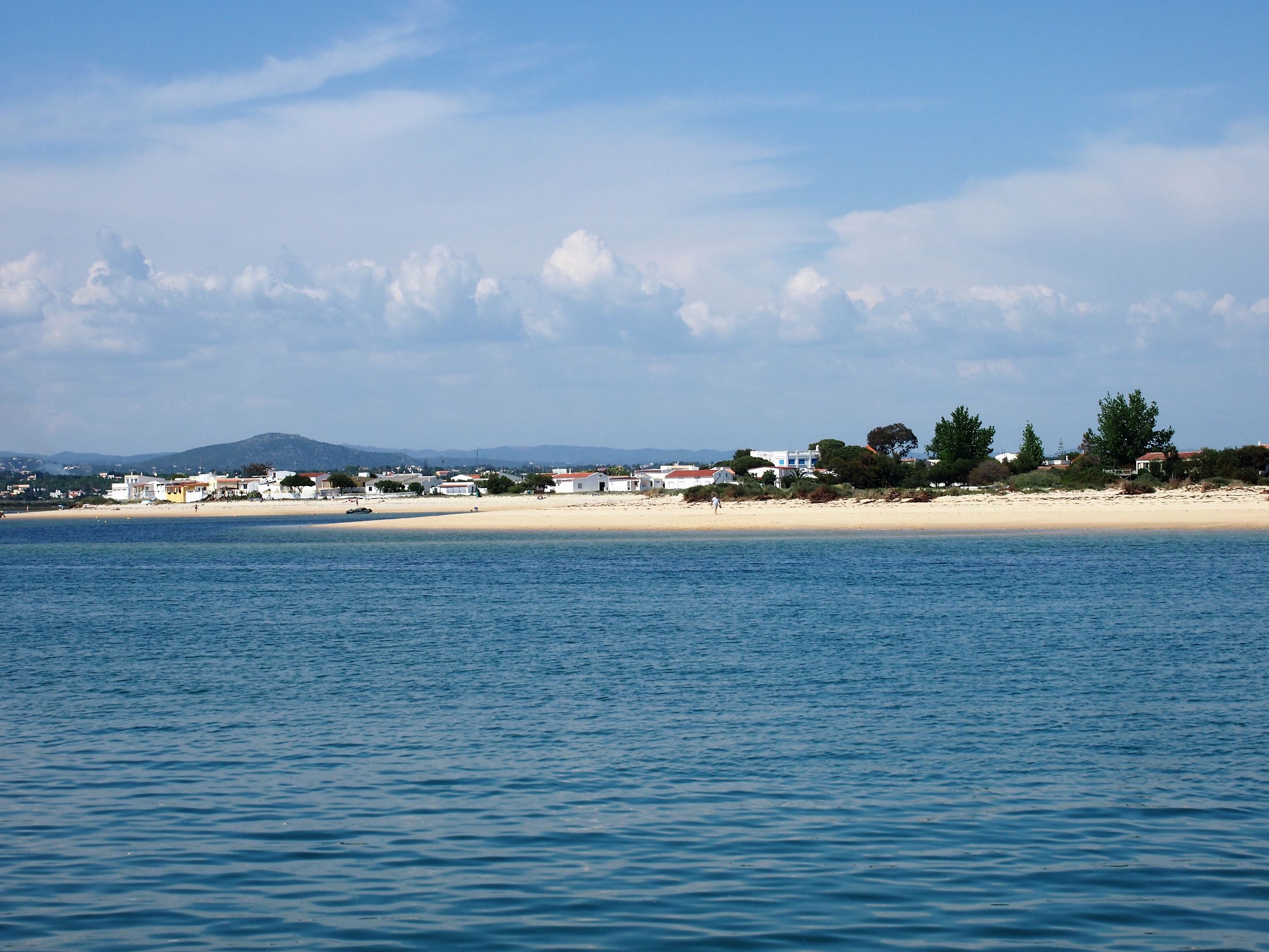 I ended up eating a delicious Angus steak at the Barra Prime restaurant and then drove off to the village of Moncarapacho.

Iberian Escapes booked me two nights at the Vila Monte Farm, a picturesque farmhouse tucked away among citrus trees and olive groves. I was absolutely exhausted by the time I got to the house, so I went straight to my room to rest. 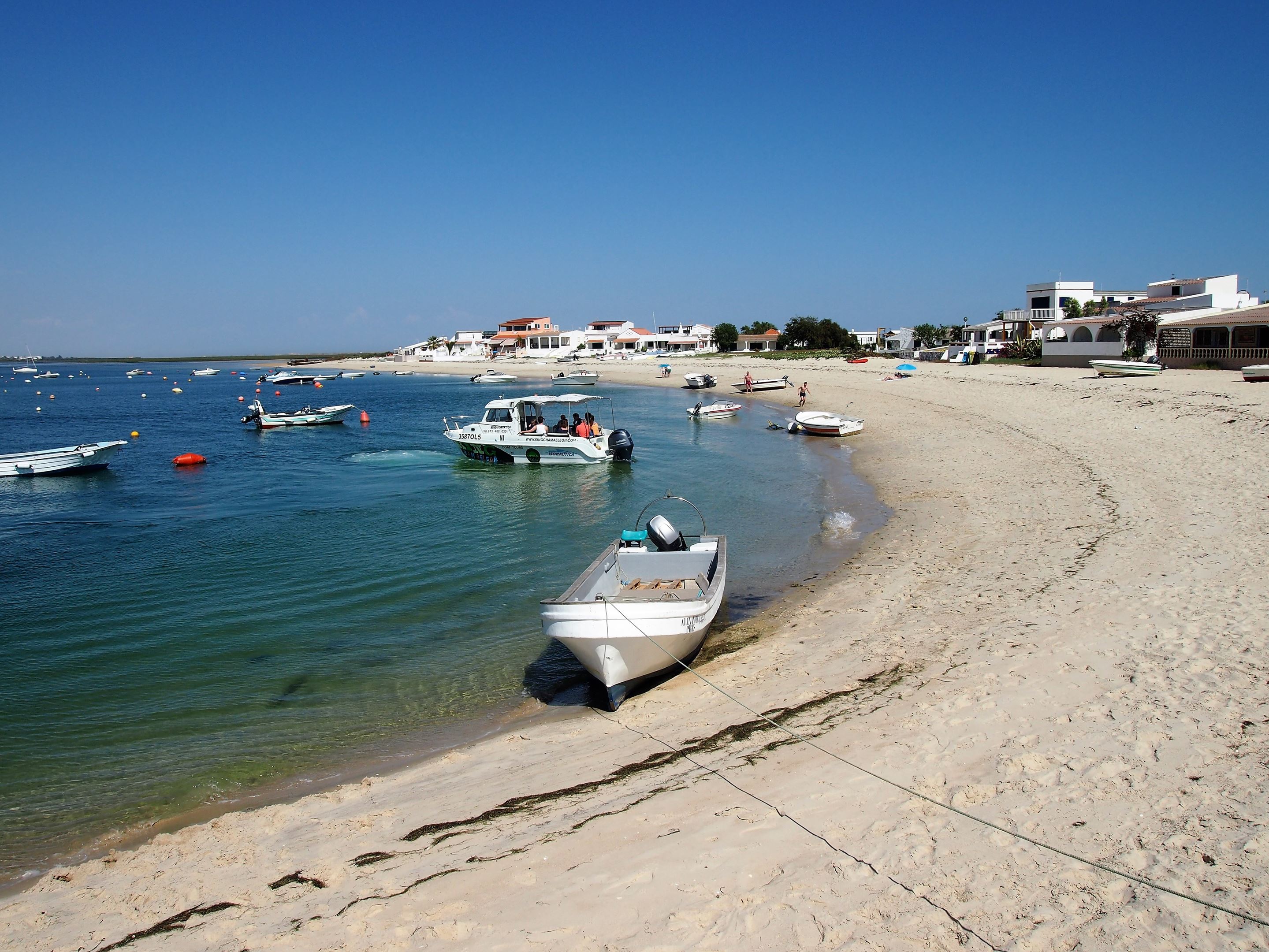 The small bay/harbour at Ilha da Armona, near Olhão 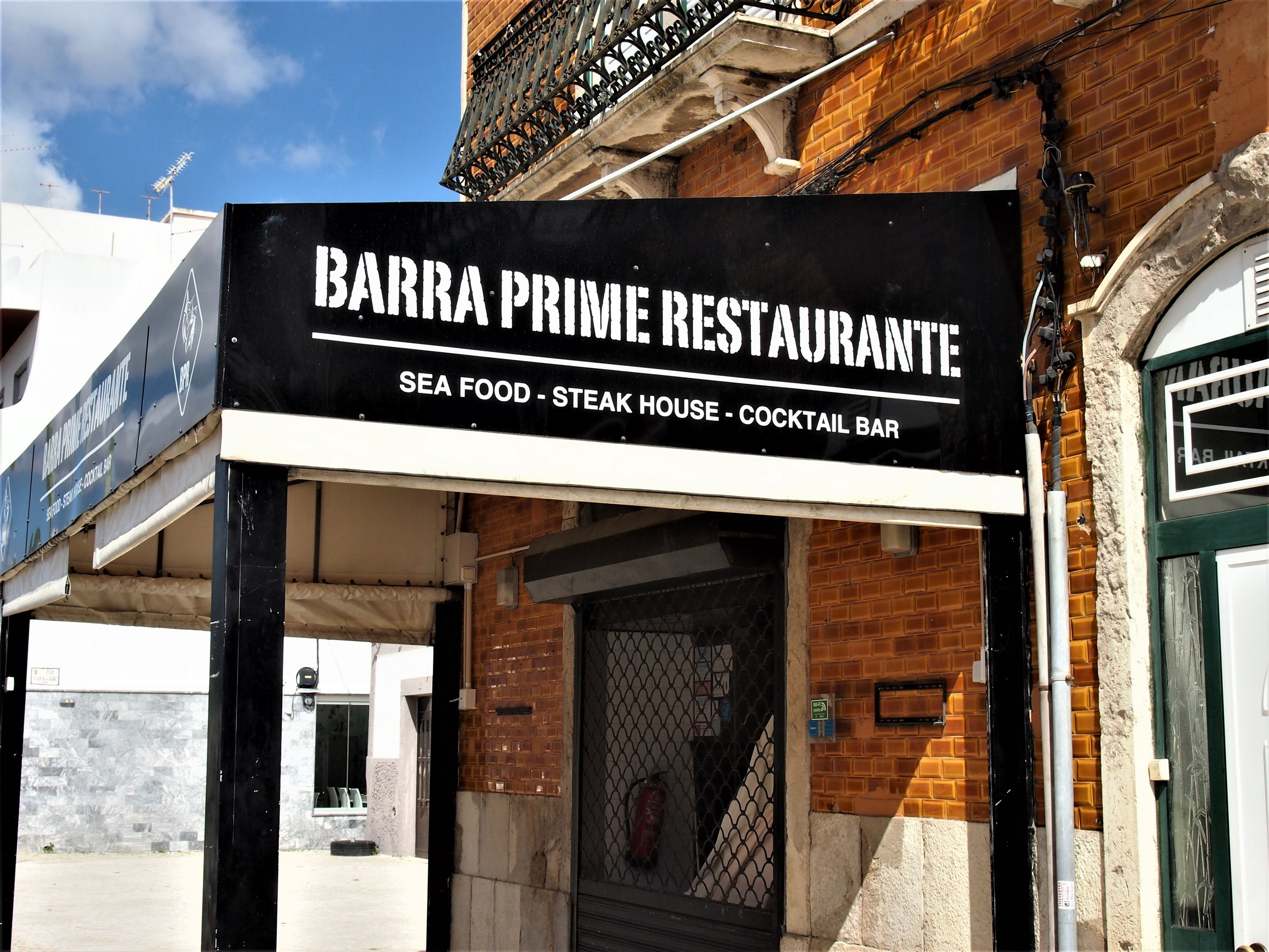 Walking/Driving map for Day 1 of this Olhão tour

This is day 28 of our Algarve tour, and the final day of our Olhão 2 day tour. I woke up around 8 am and was greeted by a wonderful view of the gardens as I opened the windows of my room.

Entrance to Vila Monte, near Olhão

Gardens of Vila Monte, near Olhão

After eating breakfast, I got in the car and drove towards the hills of Cerro de São Miguel. As I got closer to the top, I could see the ocean getting further and further away and tiny boats sailing across the islands of Olhão, just as I did yesterday. 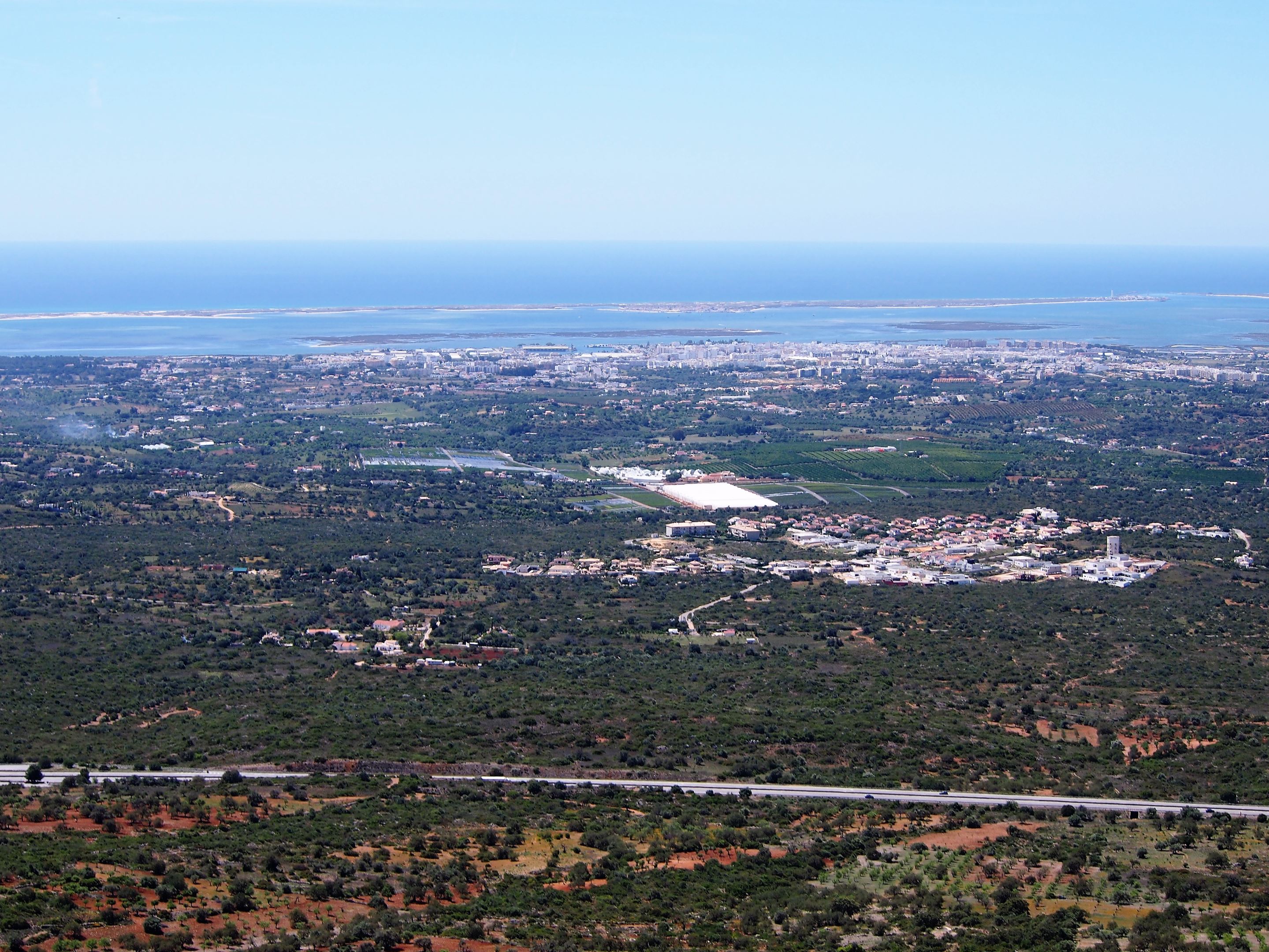 Almost at the top of Cerro de São Miguel, you will find a small village with this church, Igreja de St. Miguel near Olhão

I took a few pictures from the hills and then headed to the Monterosa Olive Oil Farm for a guided tour. Moncarapacho is famous for its olive oil, so I was really excited to taste this local delicacy when I arrived at the farm.

During the 1-hour tour, I had the chance to walk around the olive groves and learn more about the process of making olive oil. At the end, there was an olive oil tasting, where I sampled a variety of olive oils, ranging from soft to very intense. I couldn’t decide which one was better, so I bought the small tasting kit to take home with me. 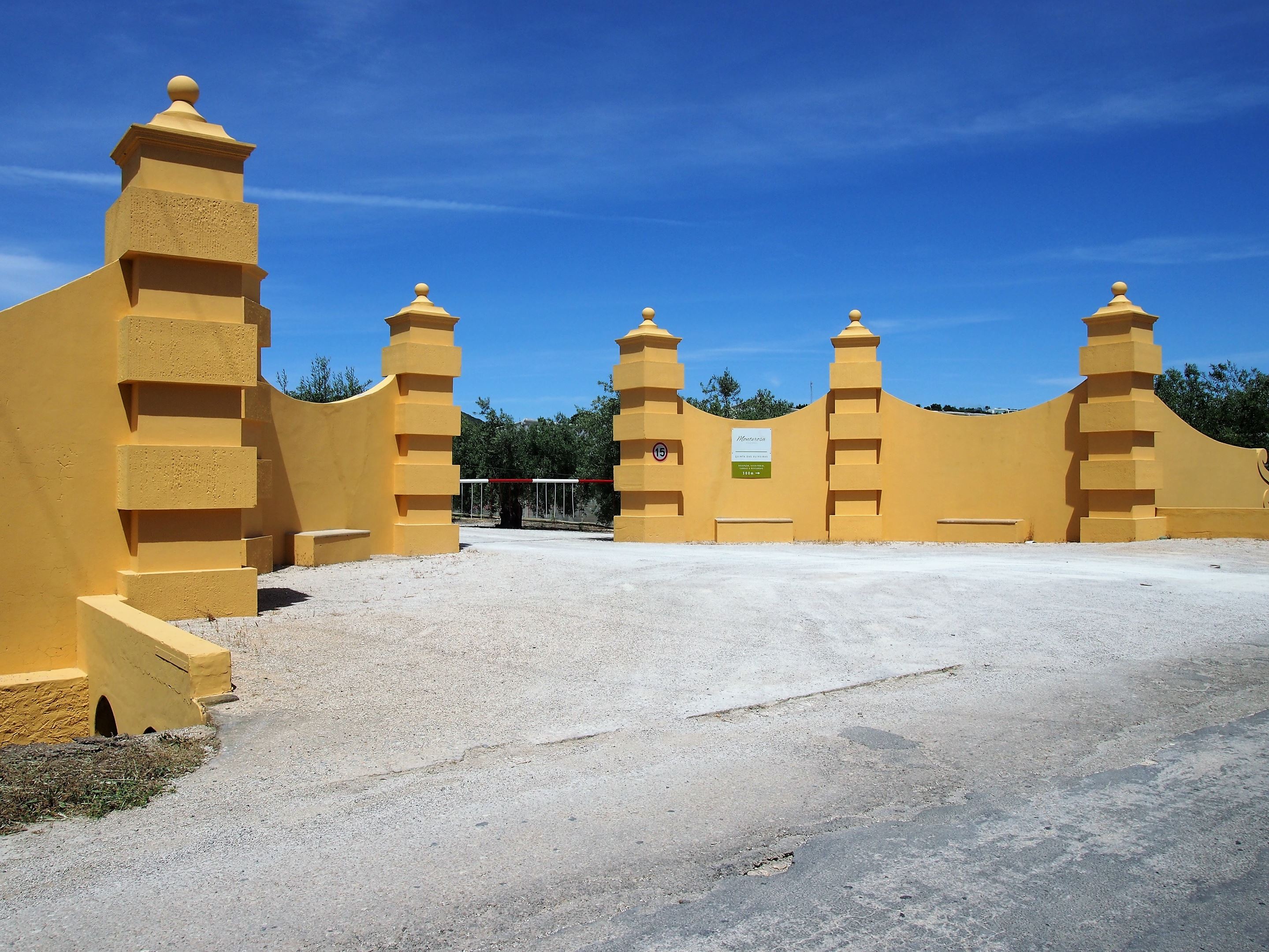 Following the tour, I went for a walk around the village and visited the church of Nossa Senhora da Graça. The church had a very simple interior, compared to most of the churches that I’ve seen in the Algarve, but it was still worth the visit.

For lunch, I went to Casa do Povo, a local social centre that also serves light meals during the day. The people were very friendly and it seemed like this was the meeting spot for anyone stopping by Moncarapacho. 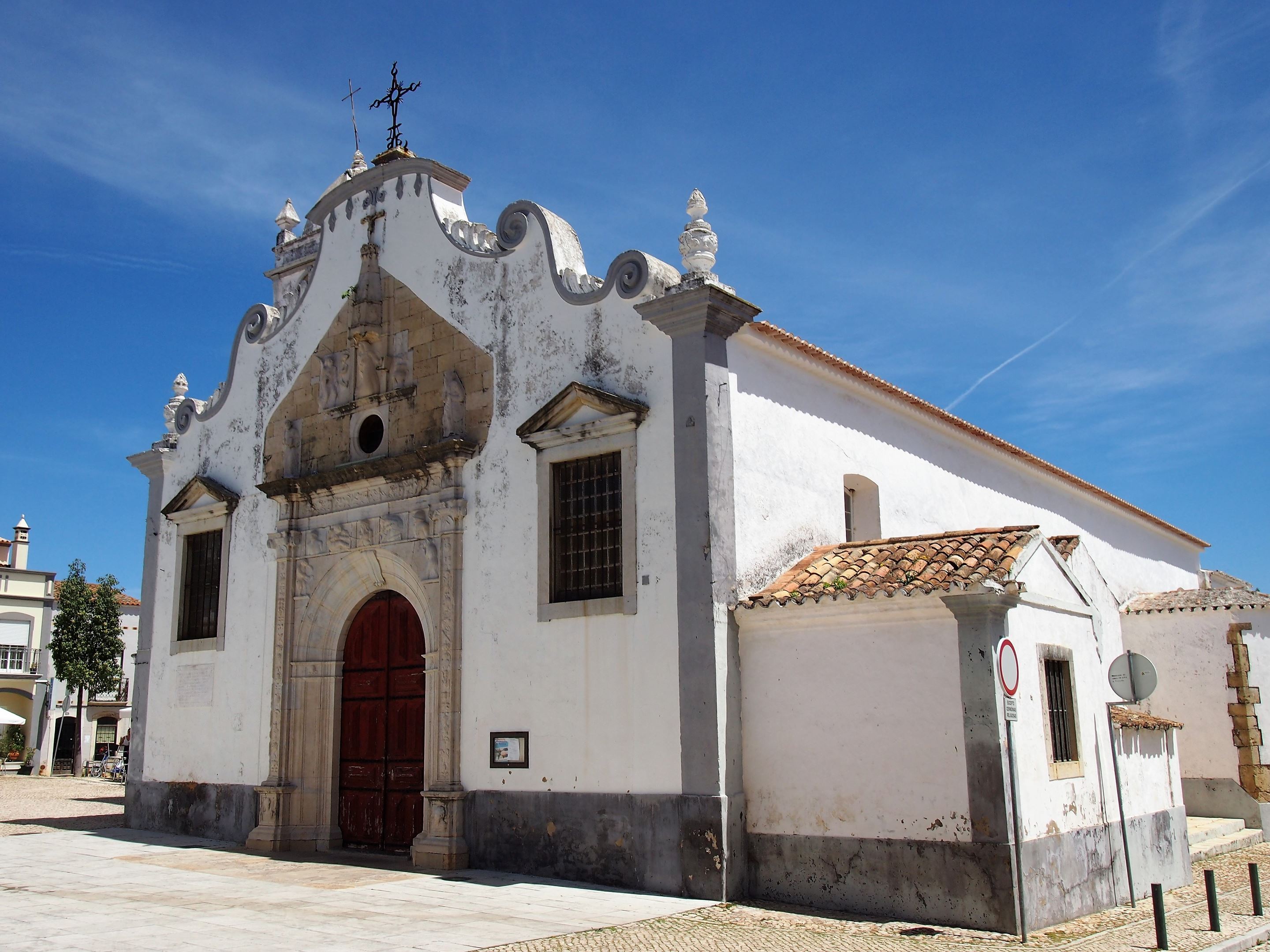 The church of Nossa Senhora da Graça at Moncarapacho 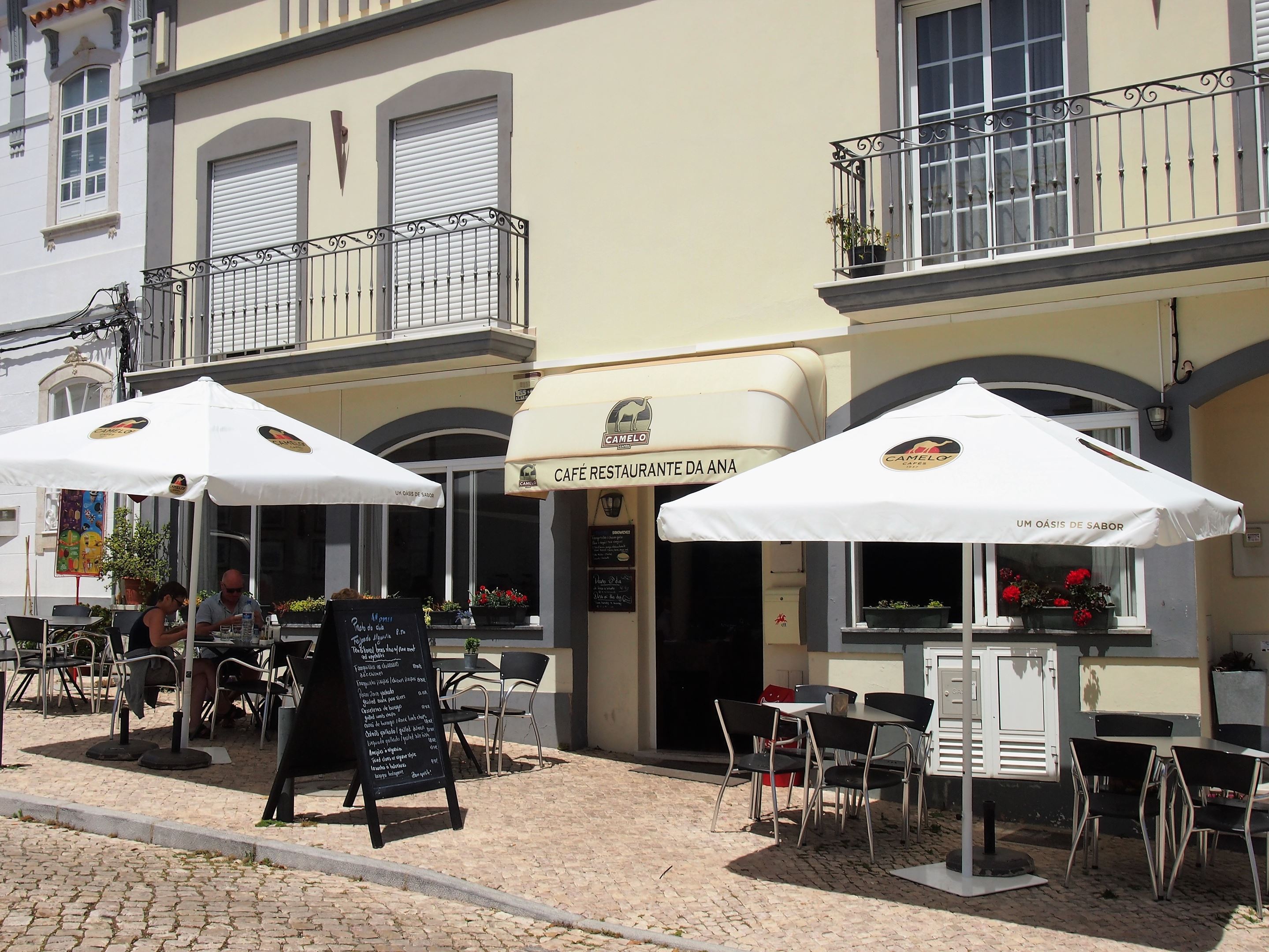 If Casa do Povo is not for you, then try Restaurant Da Ana located in the Praça da República, Moncarapacho

My last stop of the day was Fuseta, an unspoilt fishing village located on the south coast of Olhão. I parked the car and walked towards Praia da Fuseta-Ria, following the promenade along the water.

Aside from a couple of fishermen, the beach was completely deserted, leaving plenty of room to sit down and enjoy the views of Ilha da Armona and the lagoons of Ria Formosa. 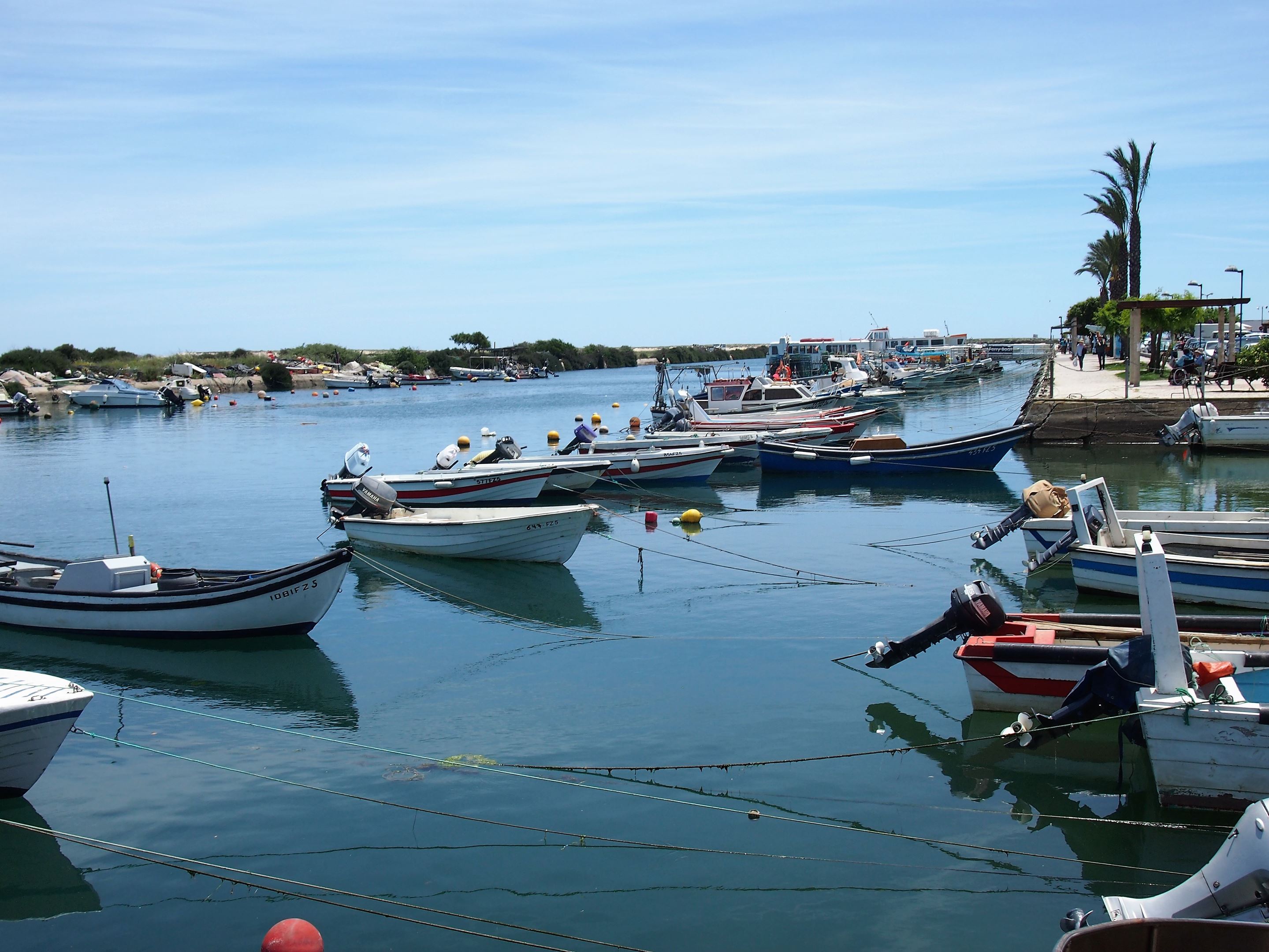 View from the promenade at Fuseta 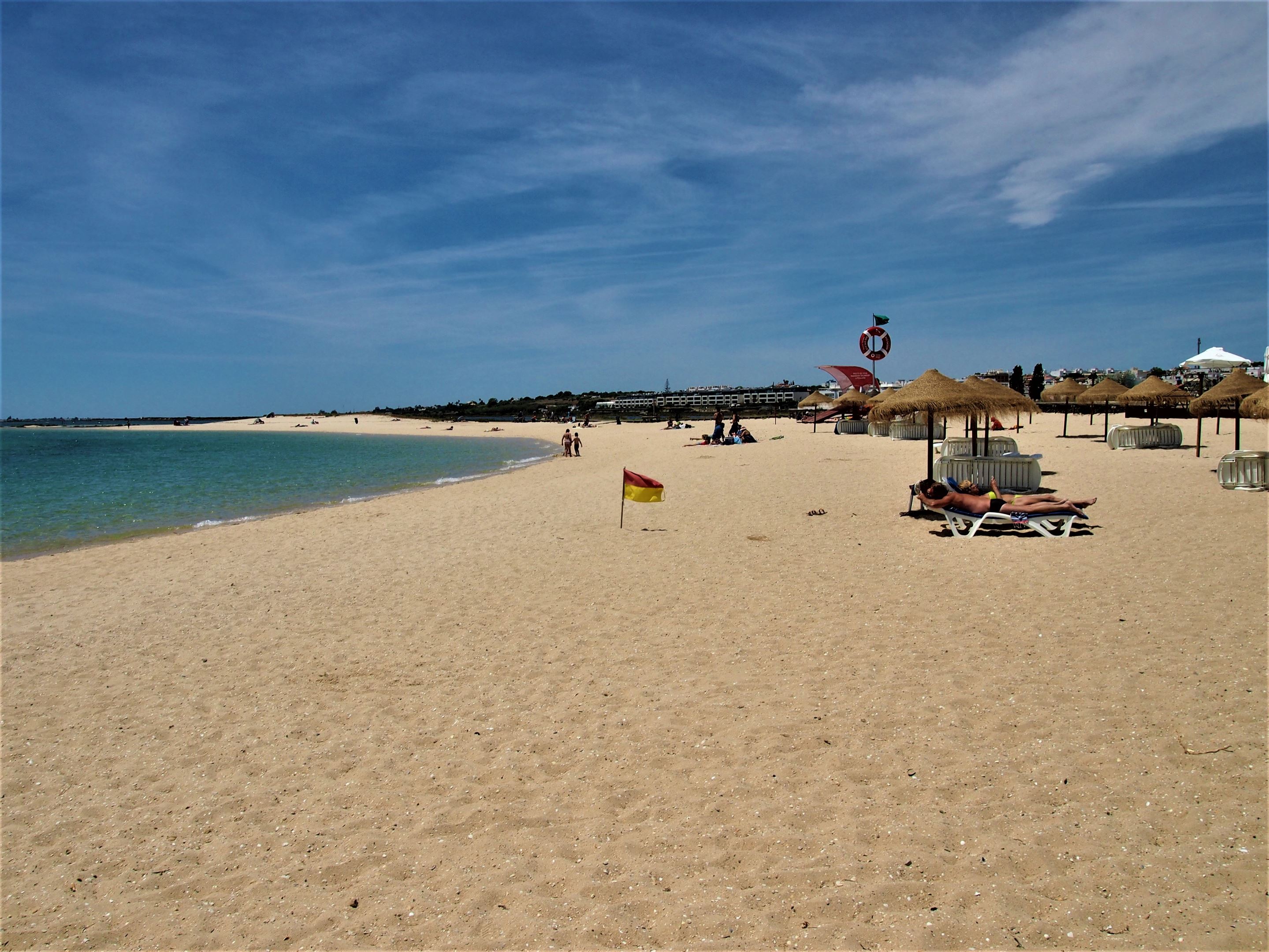 I waited for the sun to go down and then walked back to the centre to grab some dinner at Casa Corvo. Grilled fish seemed to be the speciality here, so I went ahead and ordered a grilled sea bream. The fish was simply seasoned with a dash of olive oil and salt and accompanied with softly roasted potatoes. I skipped dessert and just had a small espresso before driving to Moncarapacho for the night.

I’ve had a fantastic trip around the Algarve so far and I can’t believe it’s already coming to an end. I’m going to spend a day in São Brás de Alportel and then I’m off to Faro to catch my flight home. 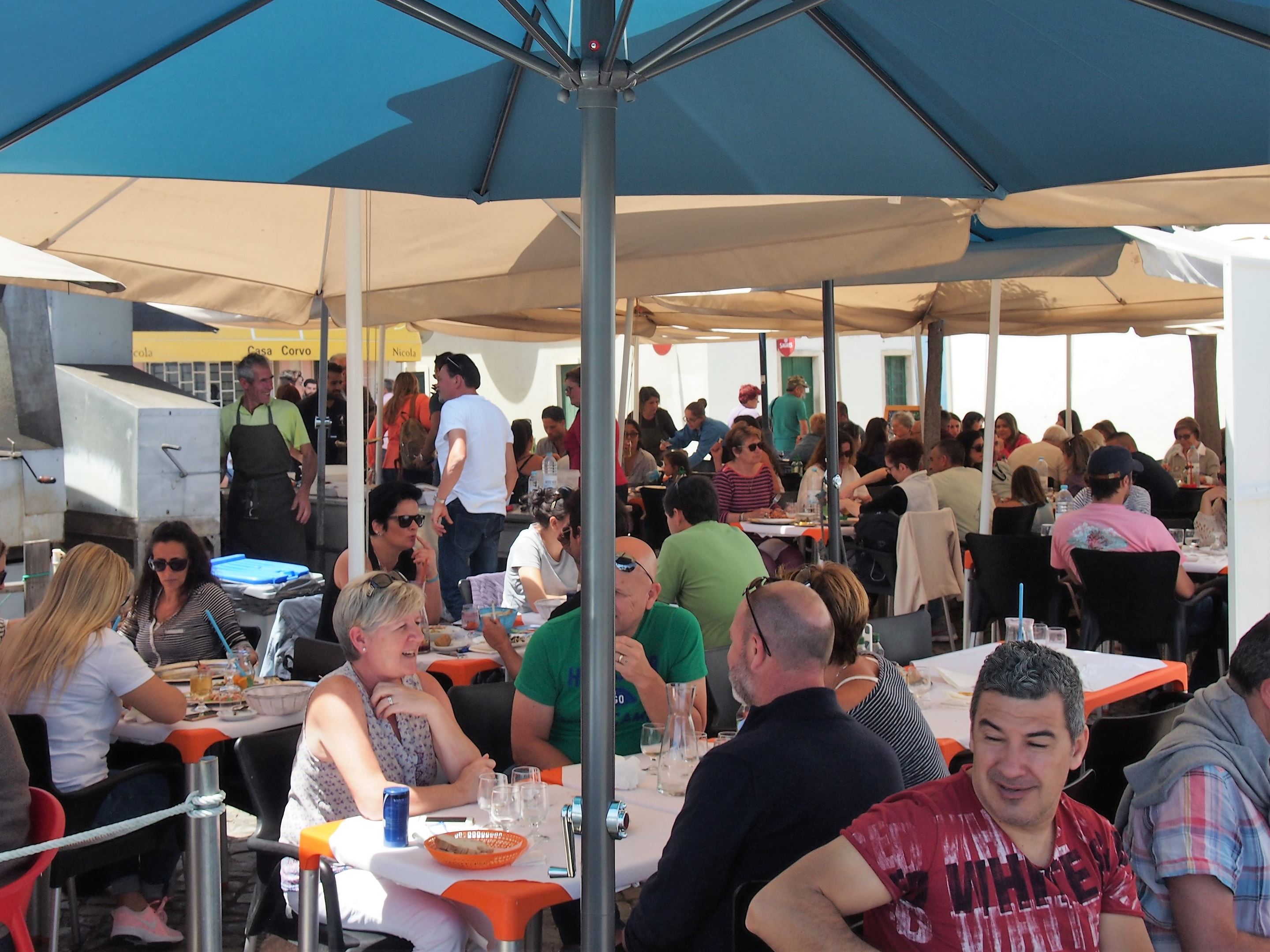 Driving map for Day 2 of this Olhão tour