Olhão has grown from a small fishing village to the biggest fishing port in the eastern Algarve region of Portugal, just 15 minutes from Faro airport.

Today, there are around 45,000 people living in Olhão with the Ria Formosa estuary at their doorstep. Main attractions in Olhão include the municipal market, the old town and the island beaches. 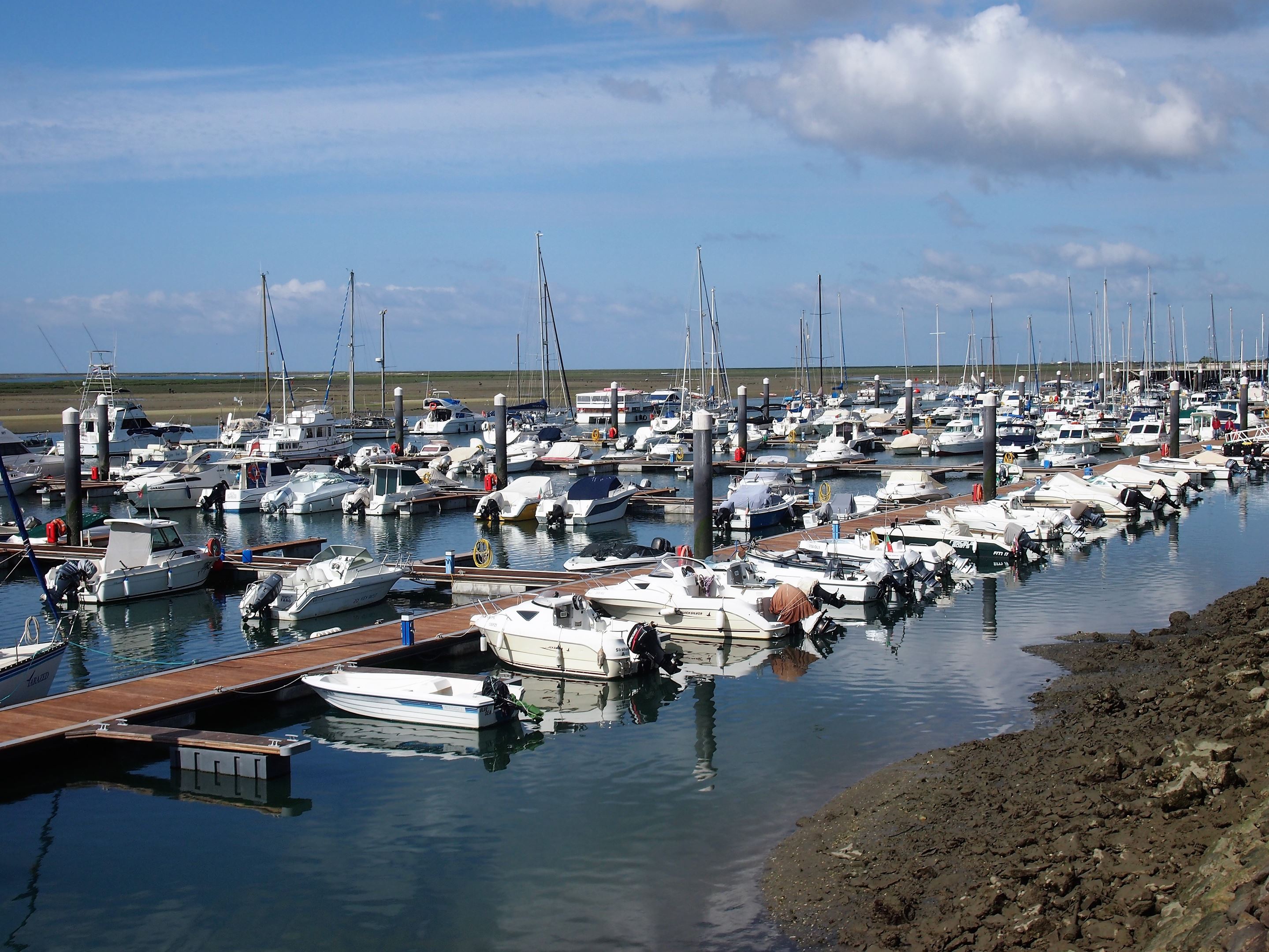 The waterfront at Olhão, Algarve 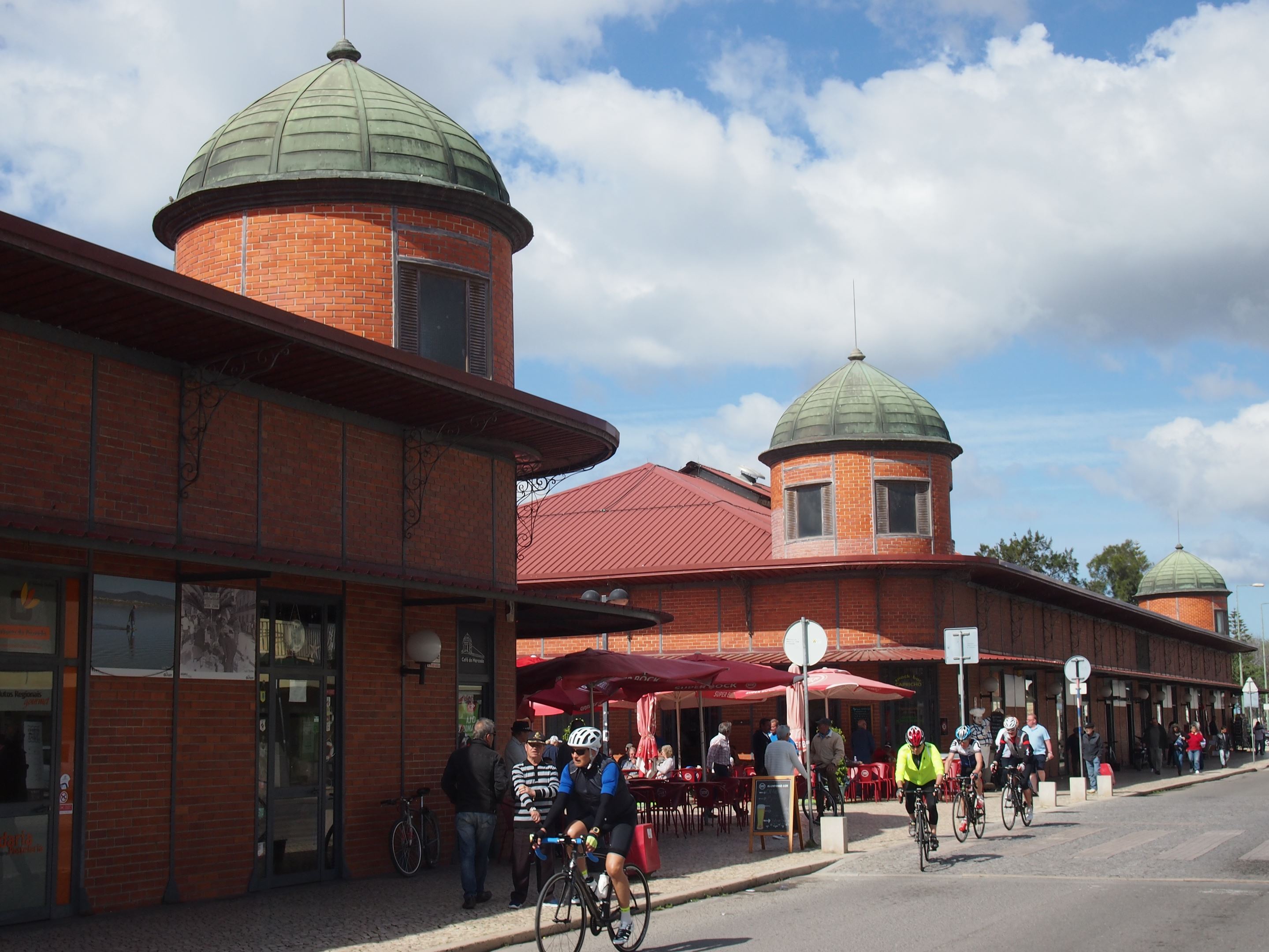 The two red brick buildings along the waterfront which are the fish and vegetable markets in Olhão, Algarve

Set along the waterfront in a red-brick building, the market of Olhão is divided into two sections: the fish market and the fruit and vegetable market. The fish market in Olhão is one of the most popular markets in the Algarve, offering a large choice of fresh fish and seafood caught by local fishermen. The best day to visit the market is on Saturday morning since you will find more stands open.

Around the market, there is a nice promenade with bars and cafés, where you can sit down and enjoy the sea views and a few gardens to escape the hot summer days. 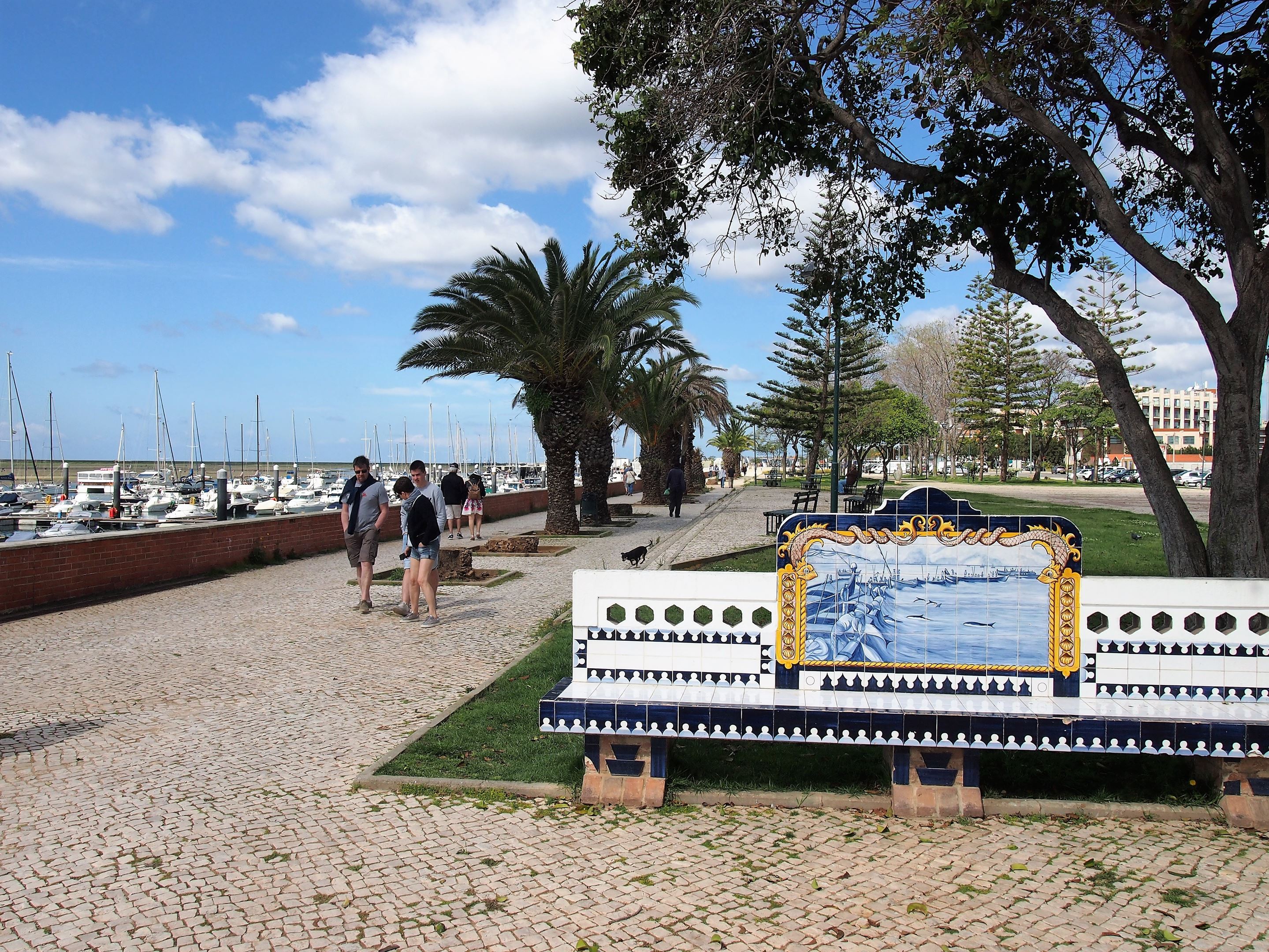 The promenade along the waterfront at Olhão, Algarve 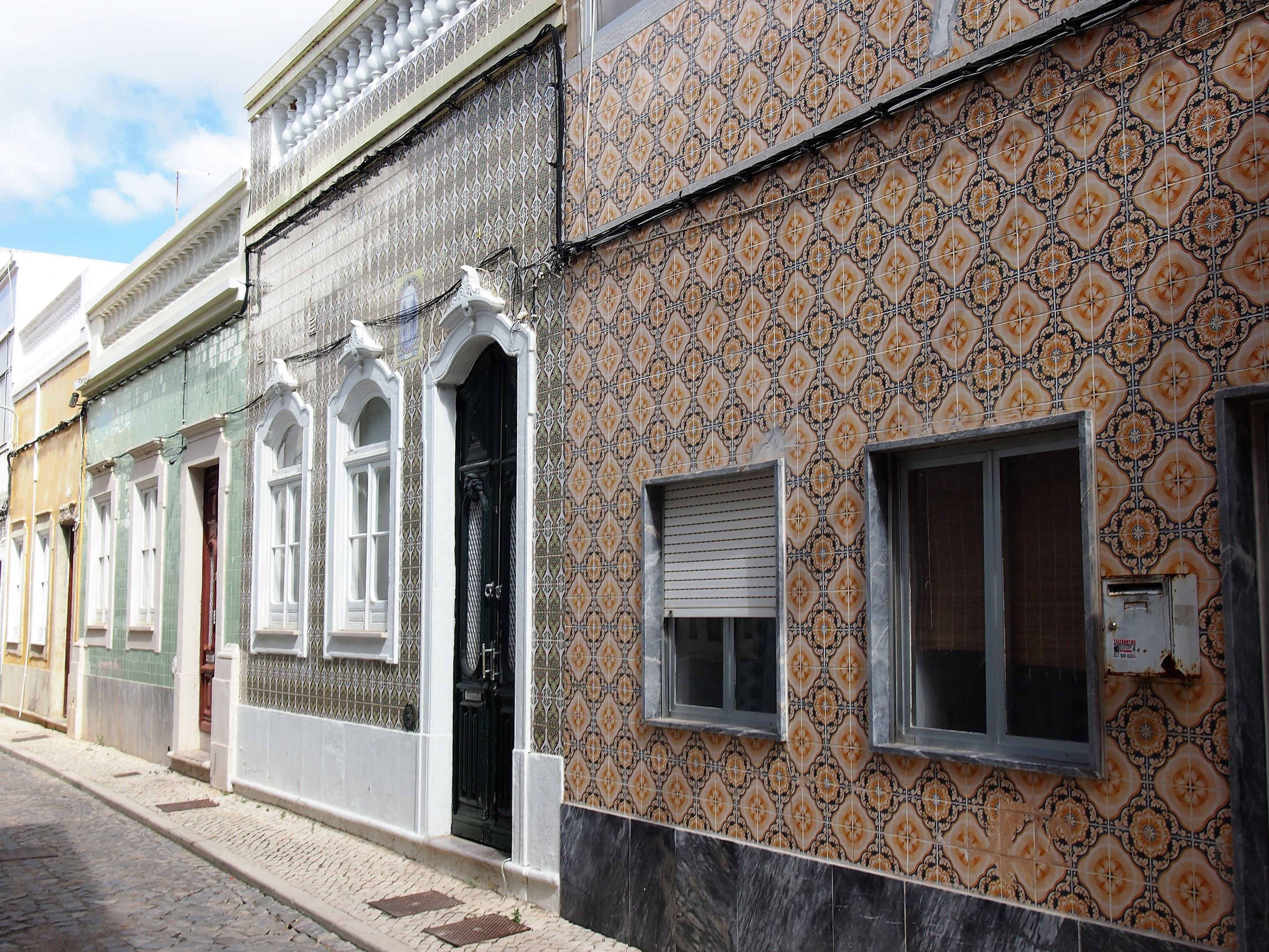 At the centre of Olhão, there is Praça da Restauração, a small cobbled square that contains the church of Nossa Senhora do Rosário. The church was built in the 17th century and features a highly ornamented altar decorated in gold.

There is a small chapel at the back of the church called Nossa Senhora dos Aflitos. This was where the fishermen’s wives used to come and pray for the safety of their husbands out at the sea. 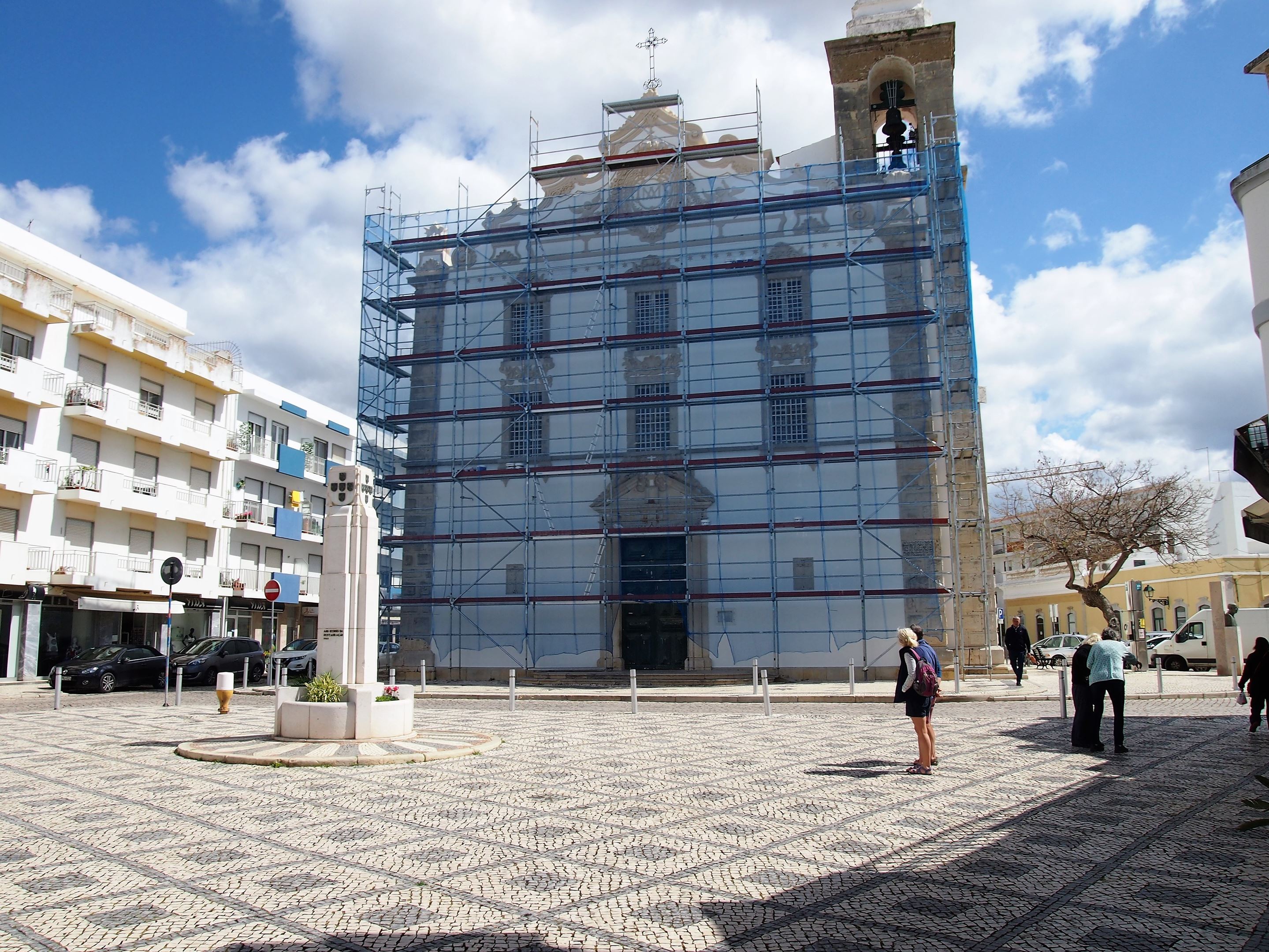 Praça da Restauração showing the rear view of Igreja de Nossa Senhora do Rosário or the Church of Our Lady of Rosário, under refurbishment in Olhão 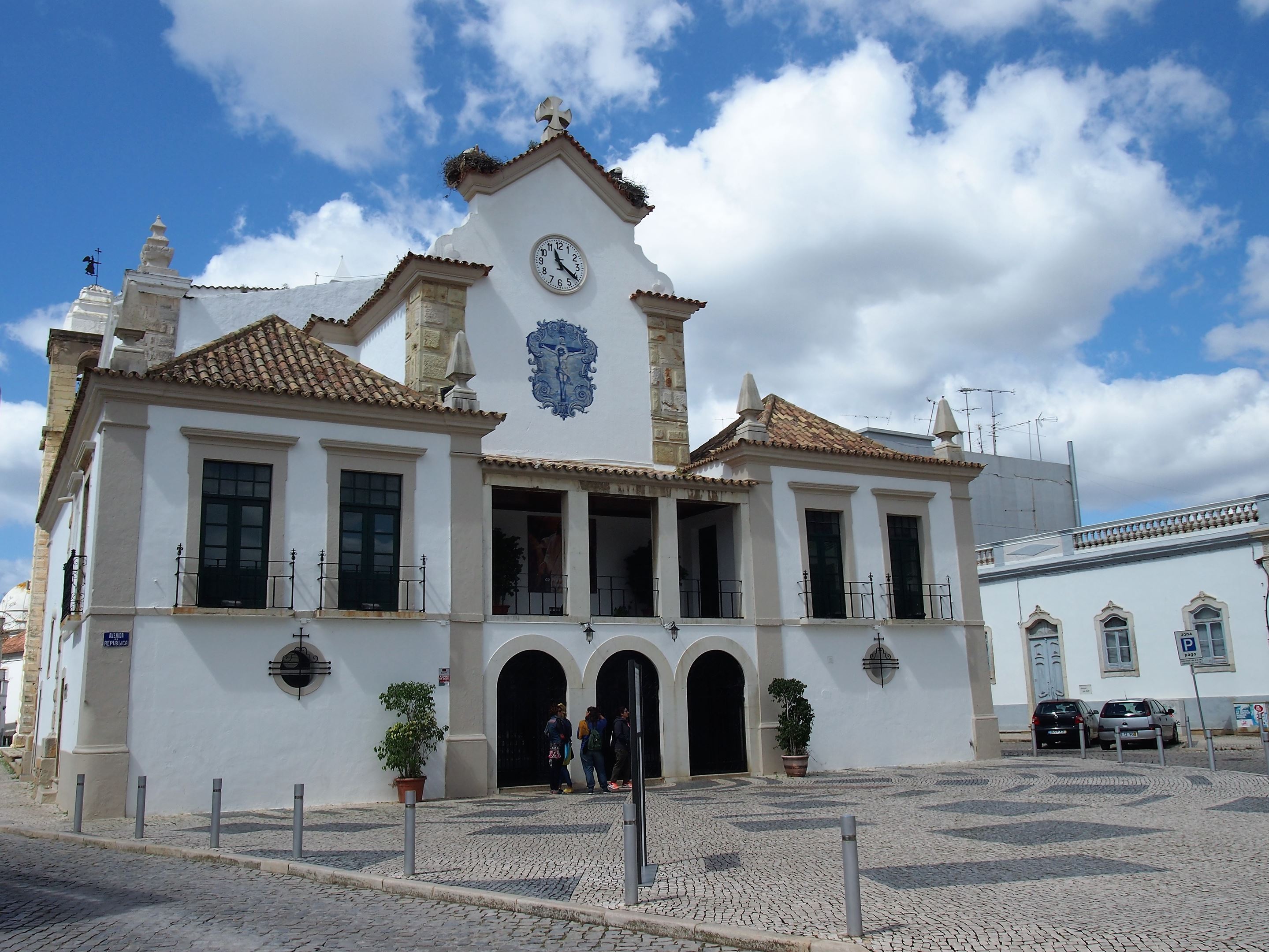 Igreja de Nossa Senhora do Rosário or the Church of Our Lady of Rosário, Olhão

On the opposite side of the square, stands Casa do Compromisso Marítimo. The building was originally built as a society for the local fishermen, but it’s now home to the Municipal Museum of Olhão, showcasing the history of the town. 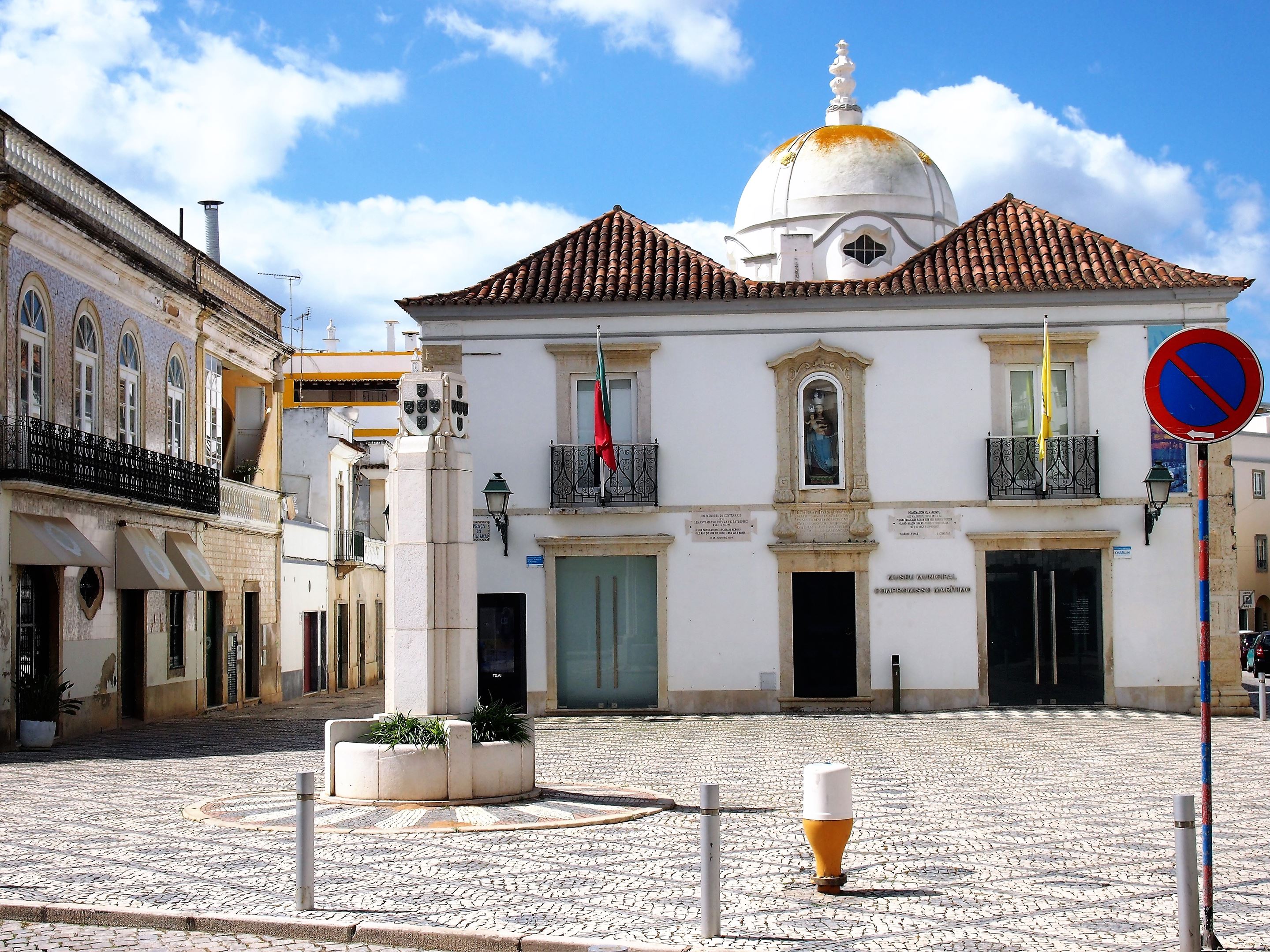 Formerly the Casa do Compromisso Marítimo, now the Municipal Museum of Olhão 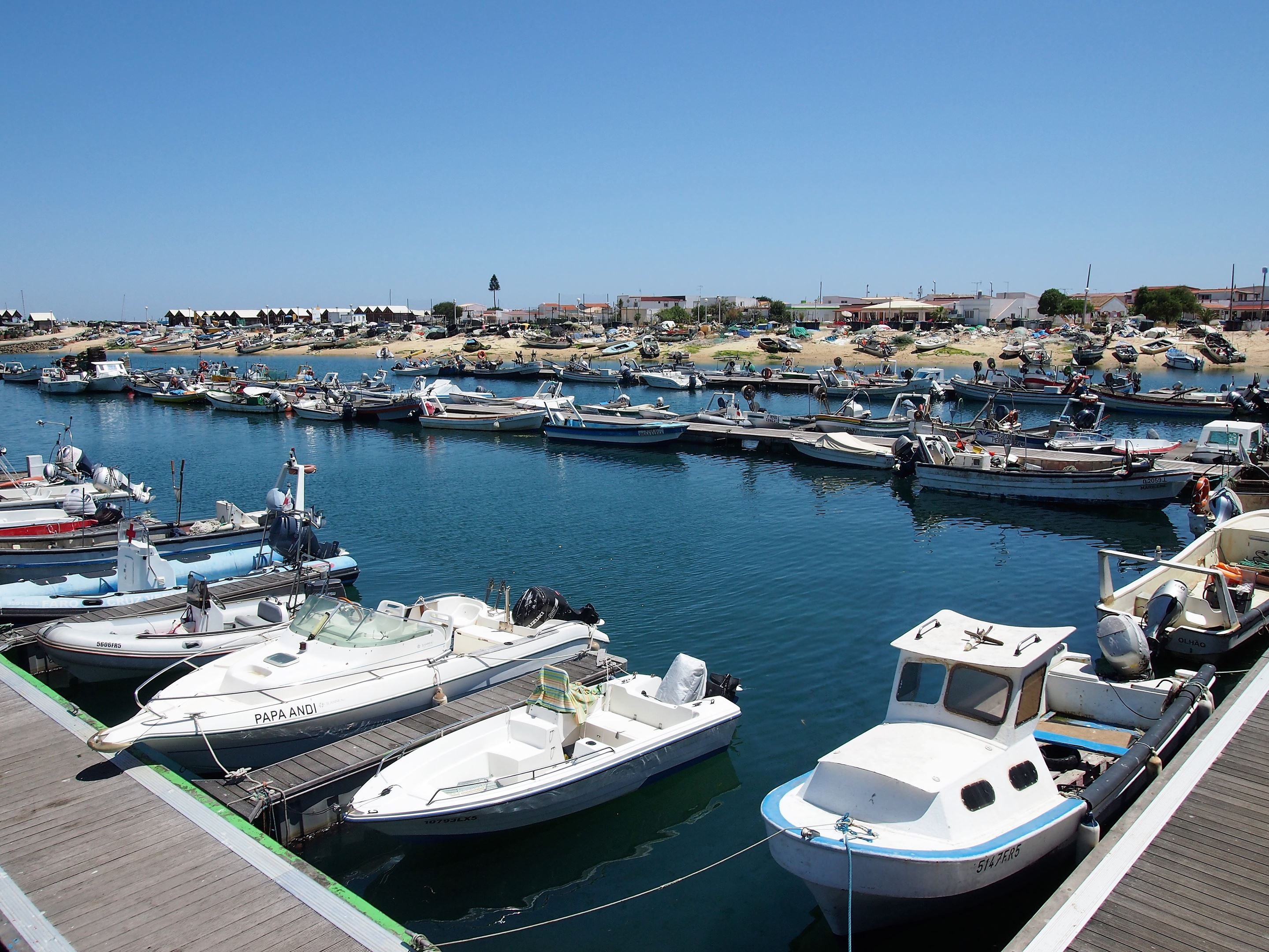 The small marina on Ilha da Culatra near Olhão

The coast of Olhão is made up of two sandy islands - Ilha da Culatra and Ilha da Armona. Ilha da Culatra is surrounded by clear waters, making it the perfect place for diving and snorkelling. At the western end of the island, there is another beach and a lighthouse. This area is known as Ilha do Farol, but it’s not actually a separate island. Ilha da Armona is the closest island to Olhão and includes Praia da Fuseta-Mar and Praia da Armona, both are sandy beaches.

Both islands are part of the Ria Formosa Natural Park, one of the most important wetlands in Europe, covering 60 km of the Algarve coast which faces the Atlantic Ocean. 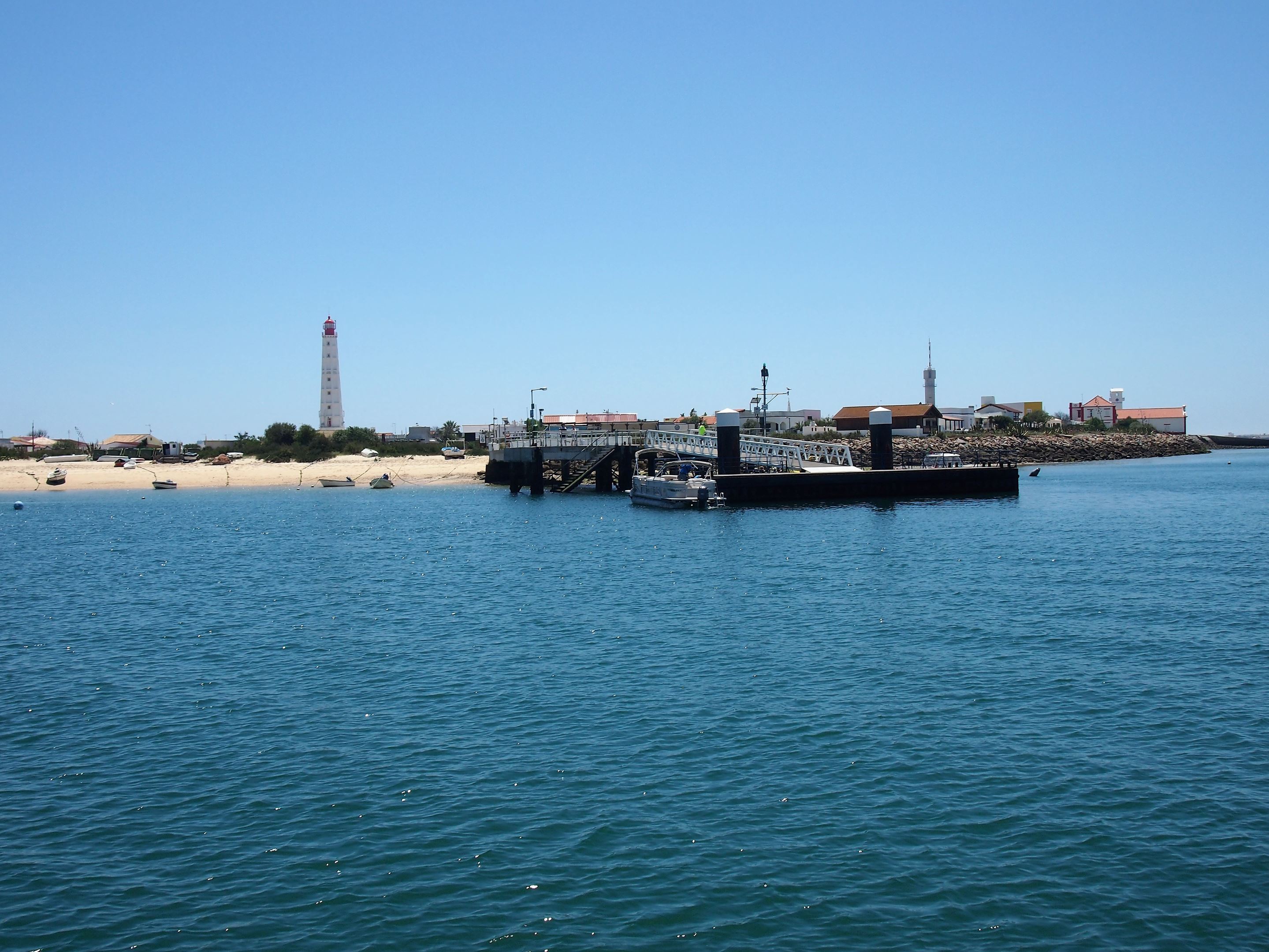 Praia do Farol on the western end of Ilha da Culatra, sometimes known as Ilha do Farol. Farol means lighthouse. 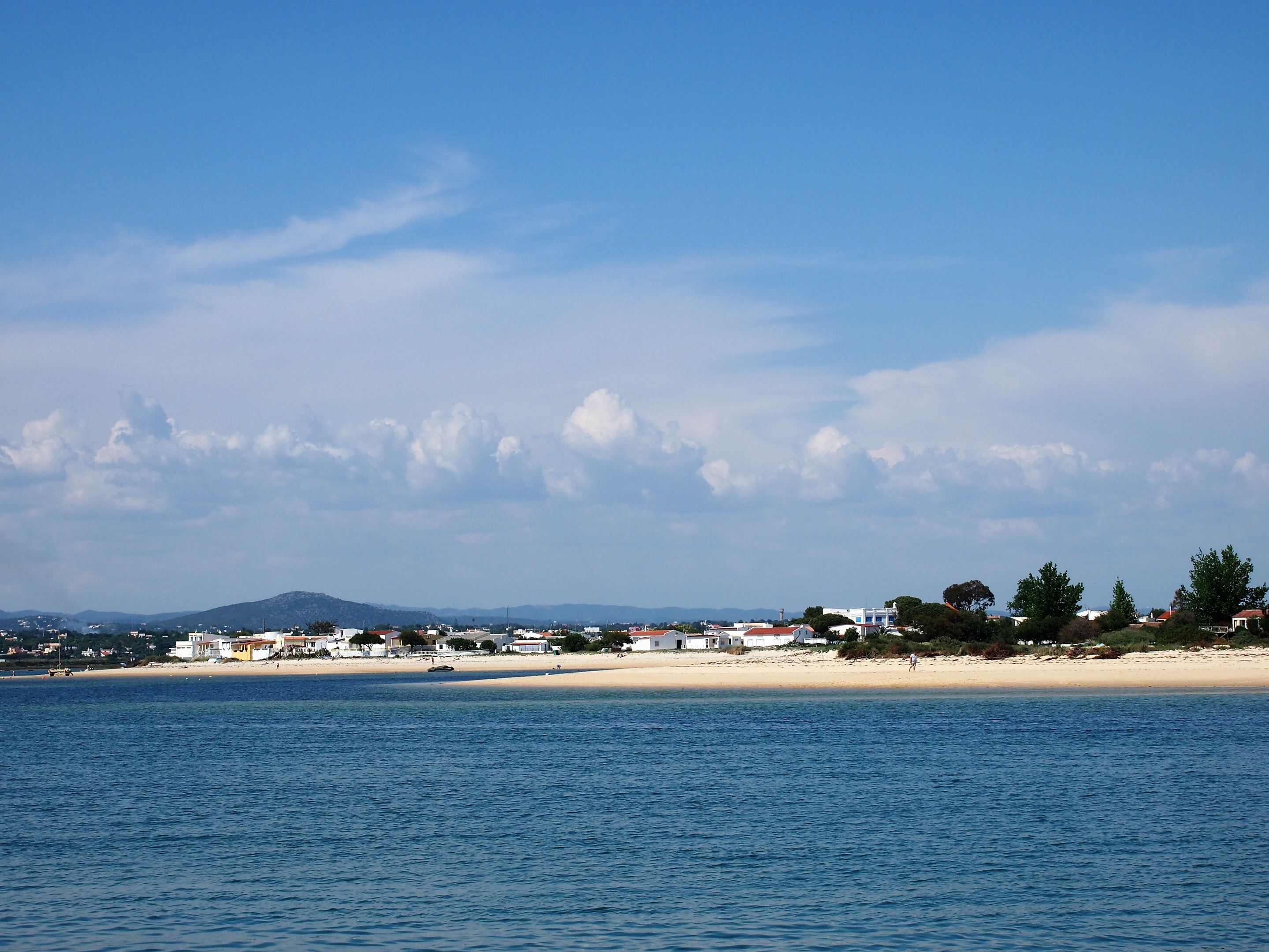 To discover more about Ria Formosa you can visit the park’s interpretation centre at Quinta de Marim, 3 km east of Olhão.

There are regular ferry boats to the islands which depart from the harbour of Olhão, at the eastern end of the municipal market. If you’re heading to Praia da Fuseta-Mar, however, there is a direct ferry to the beach from the village of Fuseta. Boats are available throughout the year, but they’re less frequent in the winter. Besides the traditional ferry, you can also book an island tour or a fishing trip. Tavira is just east of Olhão and the Spanish Border is only 45 minutes by car.

In the summer, Olhão organises Festival do Marisco, a seafood festival where you can enjoy local specialities made with shellfish and clams. There are also live music performances every night.

Explore this region by following our Olhão 2 day tour. Also read about the Olhão beaches and islands, Fuseta and Moncarapacho.