Tavira 2 day tour - a land of churches and island beaches

Our Algarve tour reaches Day 25, we remain in the eastern Algarve, and travel west along the coast for our Tavira 2 day tour. Welcome to Tavira, a land of churches and island beaches. Tavira has churches from all eras and is blessed with a long coastline of secluded beaches. 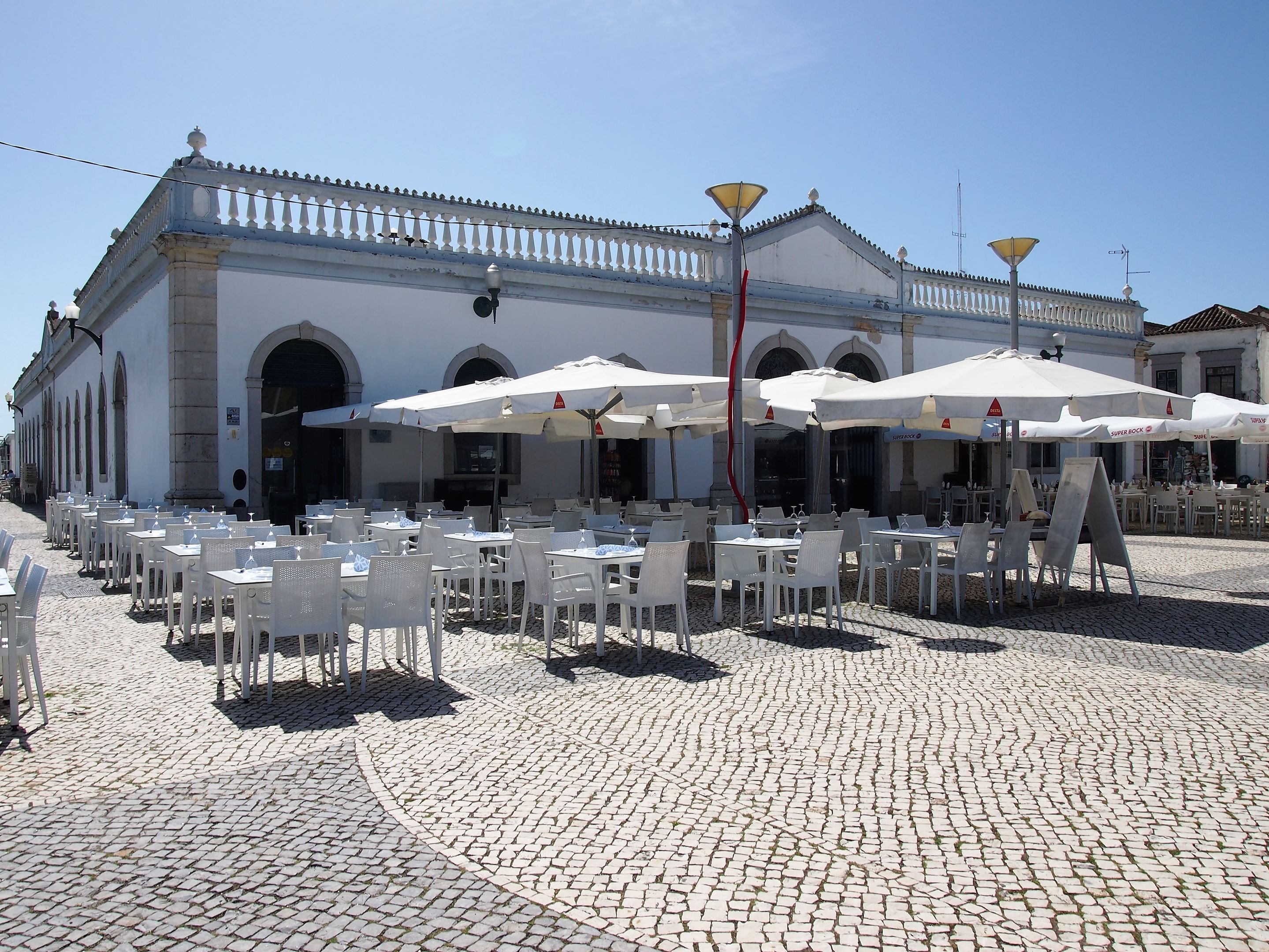 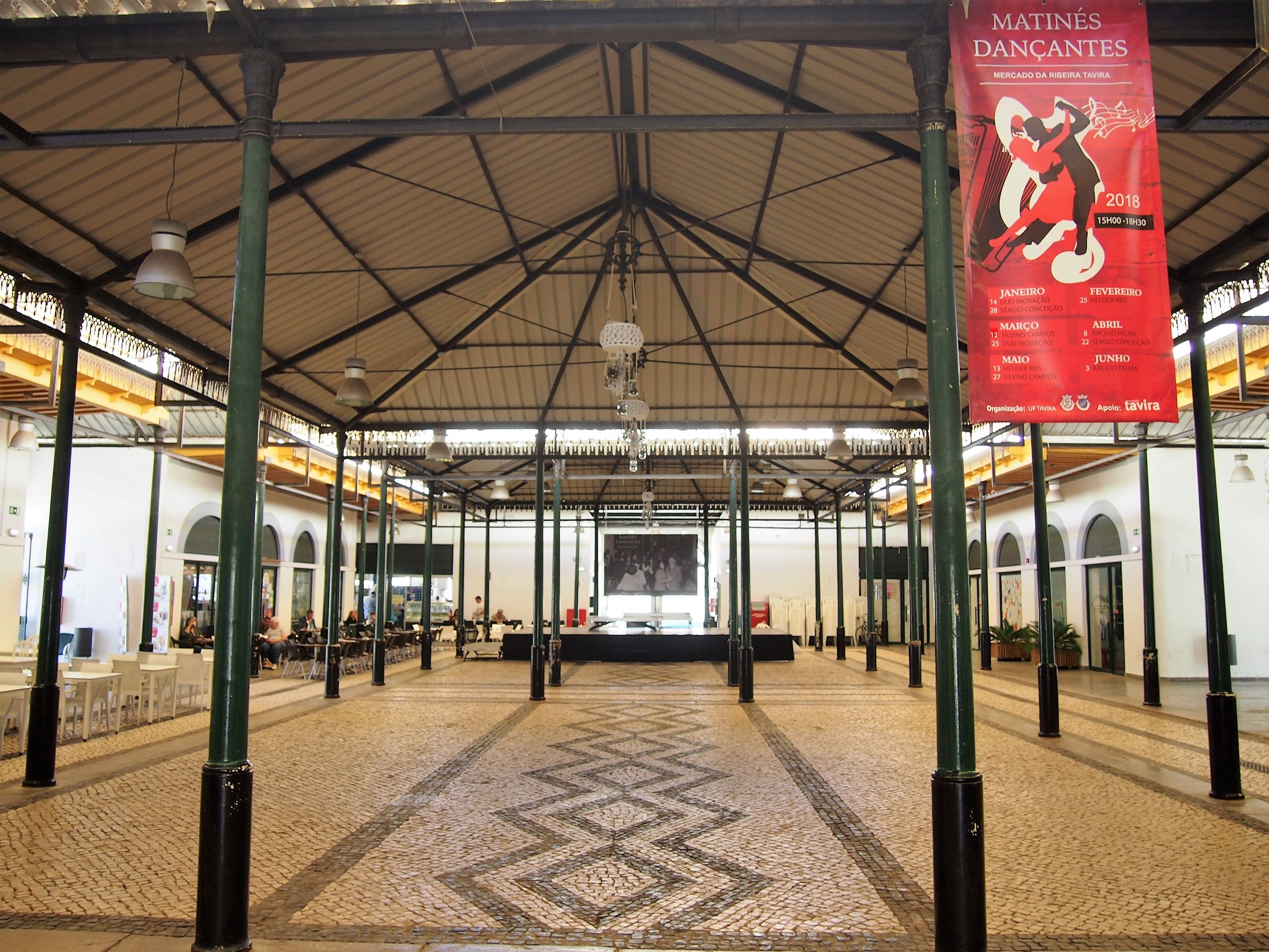 Inside the Mercado da Ribeira, Tavira

Leaving the Guadiana river behind, I continued driving along the south coast of the Algarve until I reached the town of Tavira.

I started my tour at the Mercado da Ribeira, an old market set along the riverfront, where the food stalls have been replaced by small shops and cafés. There were a couple of free tables outside, so I decided to grab a cup of coffee here before moving on. 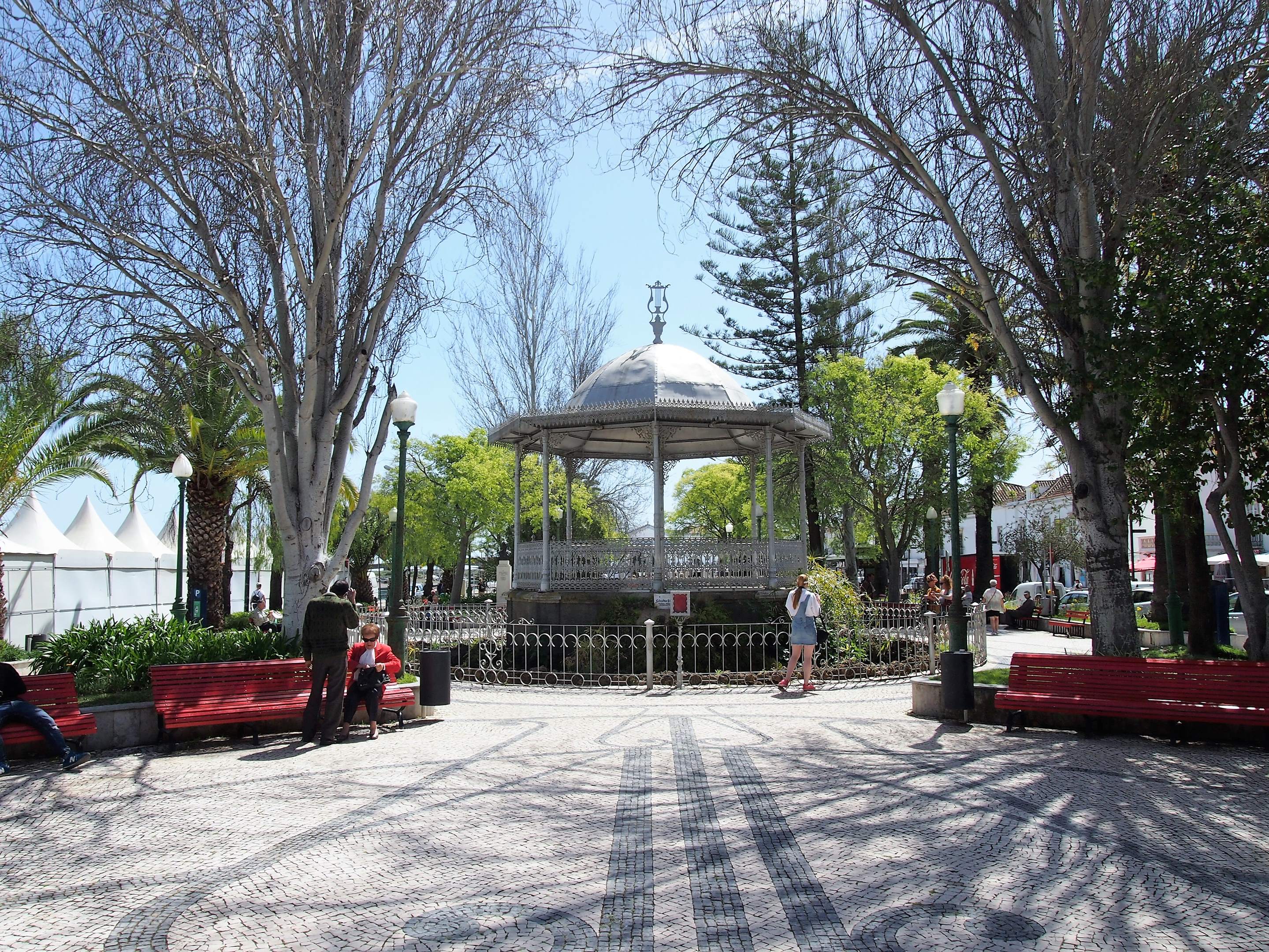 Bandstand and gardens close to the Mercado da Ribeira, Tavira 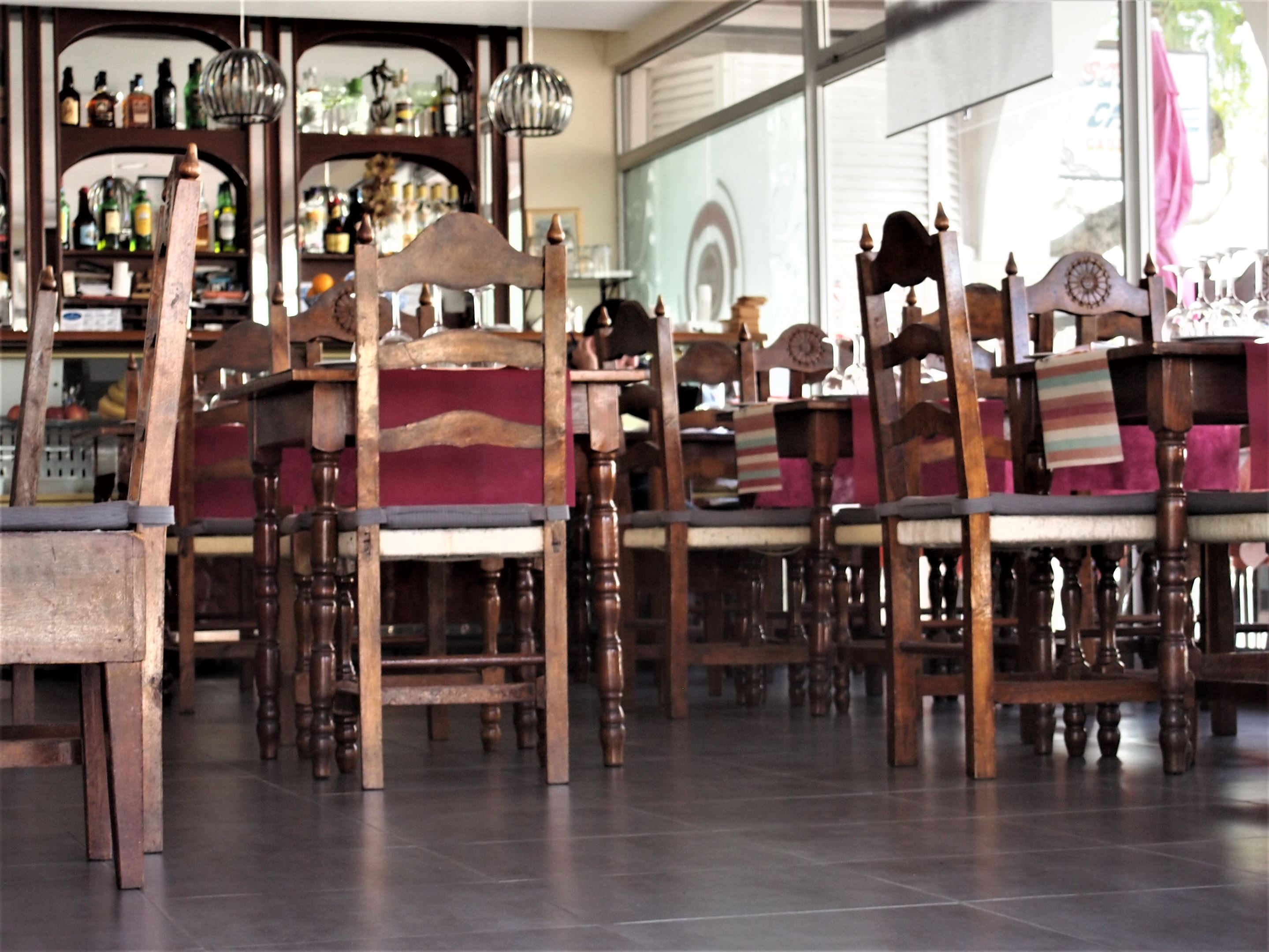 Right in front of the market, I found a garden surrounded by palm trees and red-wooden benches leading the way to a gorgeous bandstand.

From here, I walked to the Tavira Municipal Museum, where I saw a variety of artefacts that were discovered in the region and a photo exhibition showcasing the fishing traditions of Tavira. 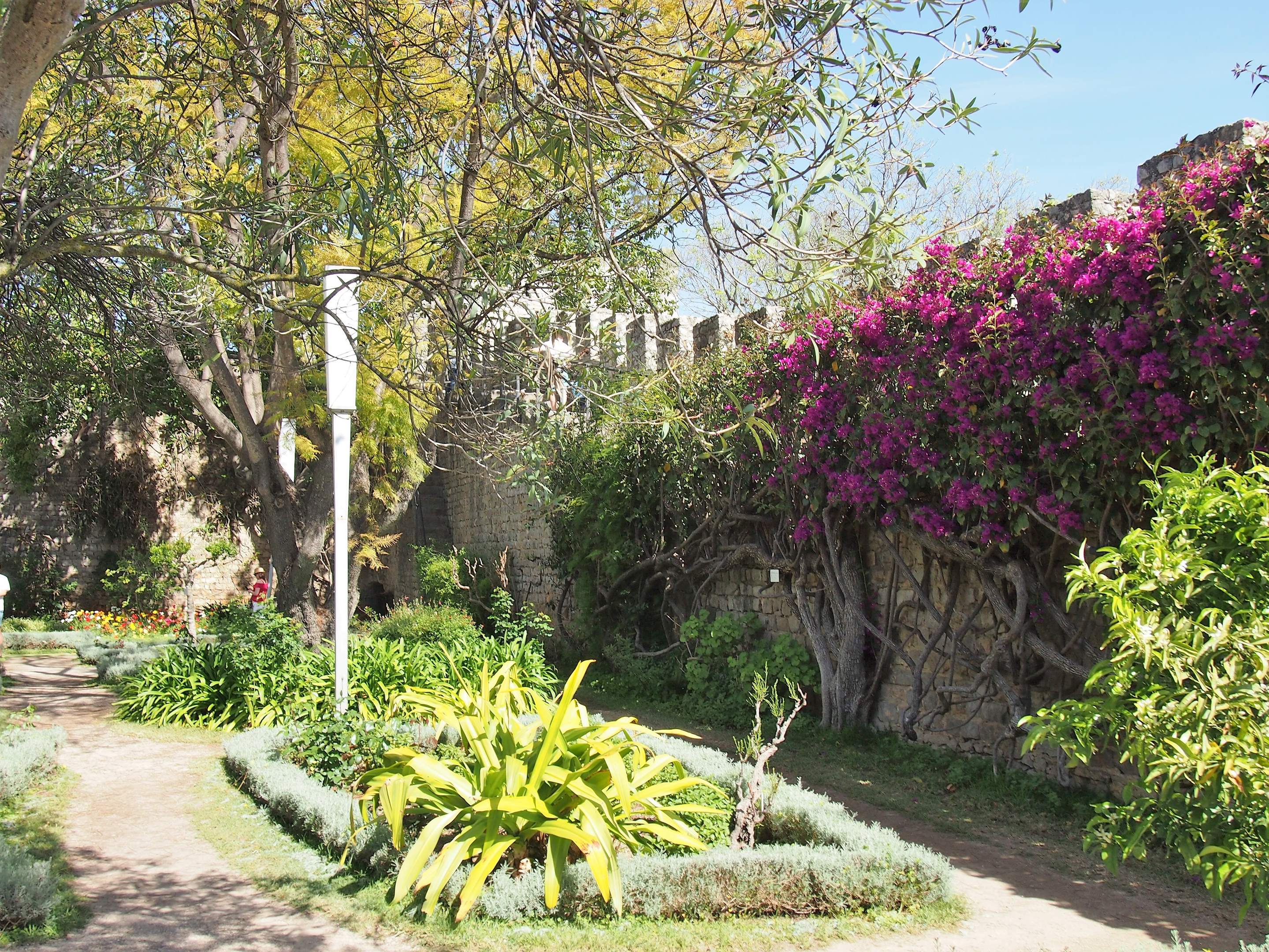 Inside the remains of Tavira Castle 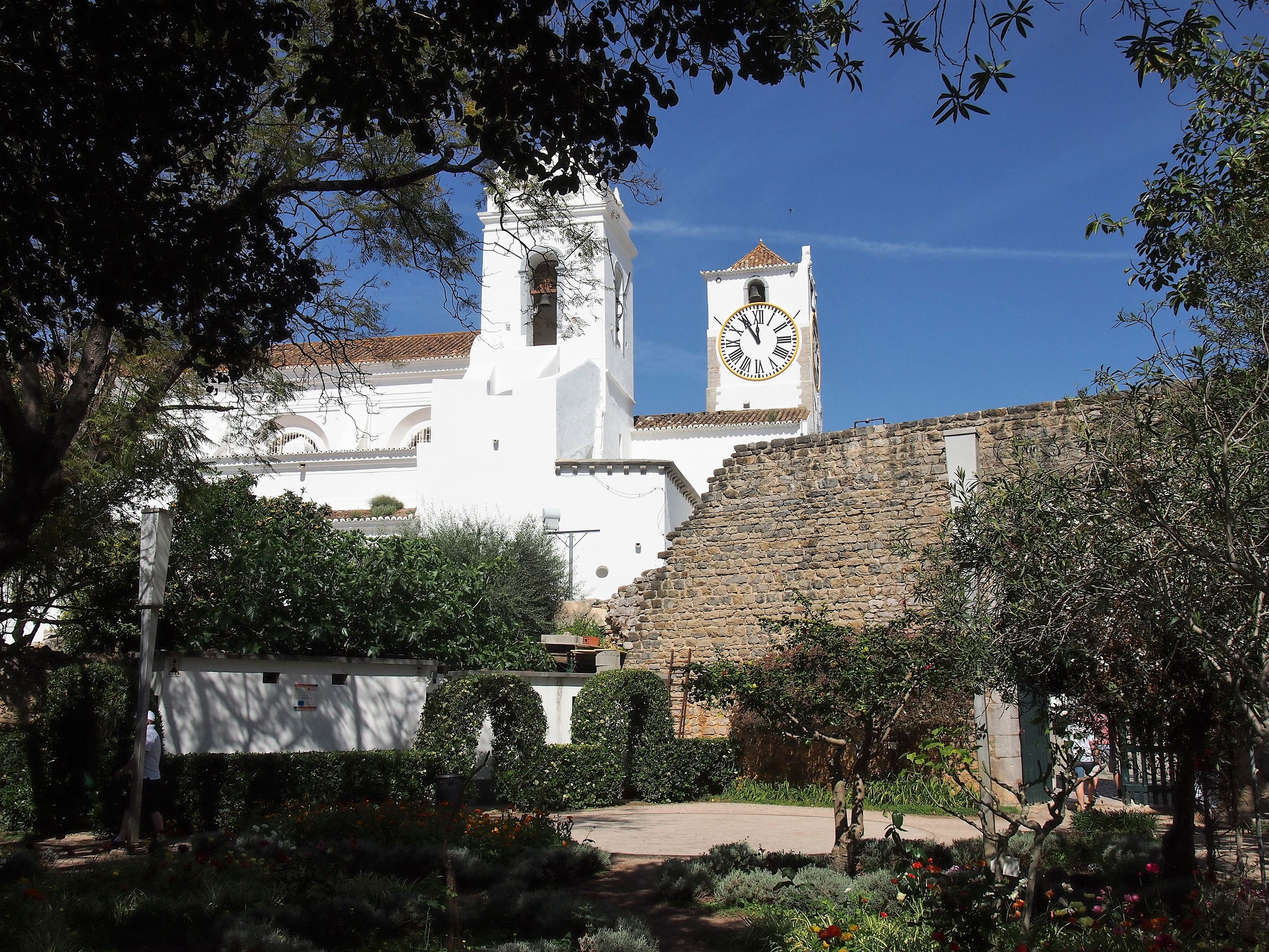 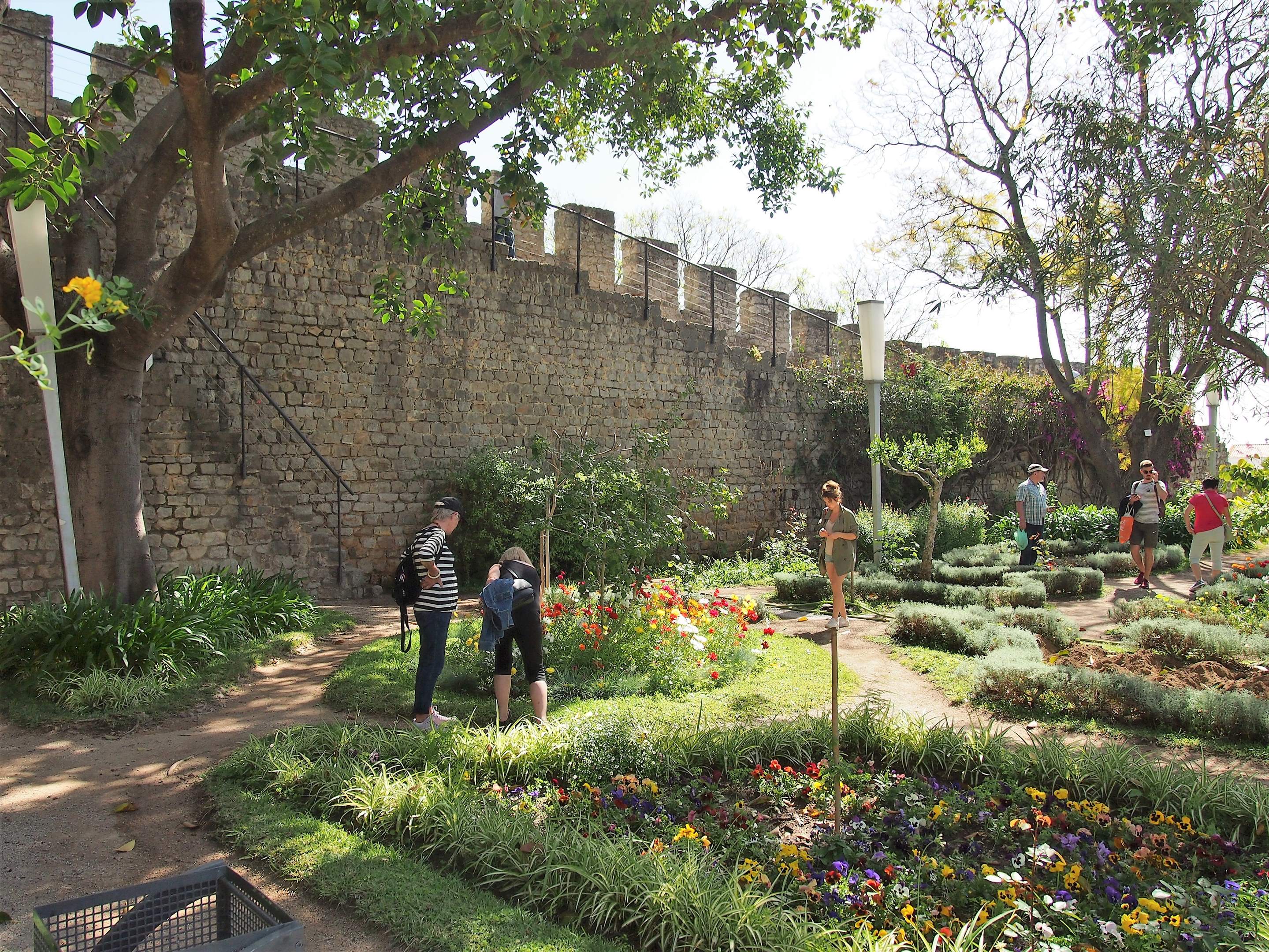 The gardens of Tavira Castle

Before heading to the Castle of Tavira, I made a quick stop for lunch at Restaurante Avenida. The restaurant was tiny, but the food was absolutely delicious. I ordered the seafood rice and ate it, spoon by spoon, until the pot was nearly empty, leaving a bit of room for dessert.

It was easy to spot the castle on my way out, as its walls started to emerge amidst the whitewashed buildings. I went inside and from the top of its walls, I could see the whole town - the river, the houses and the church towers standing out against the terracotta roofs. 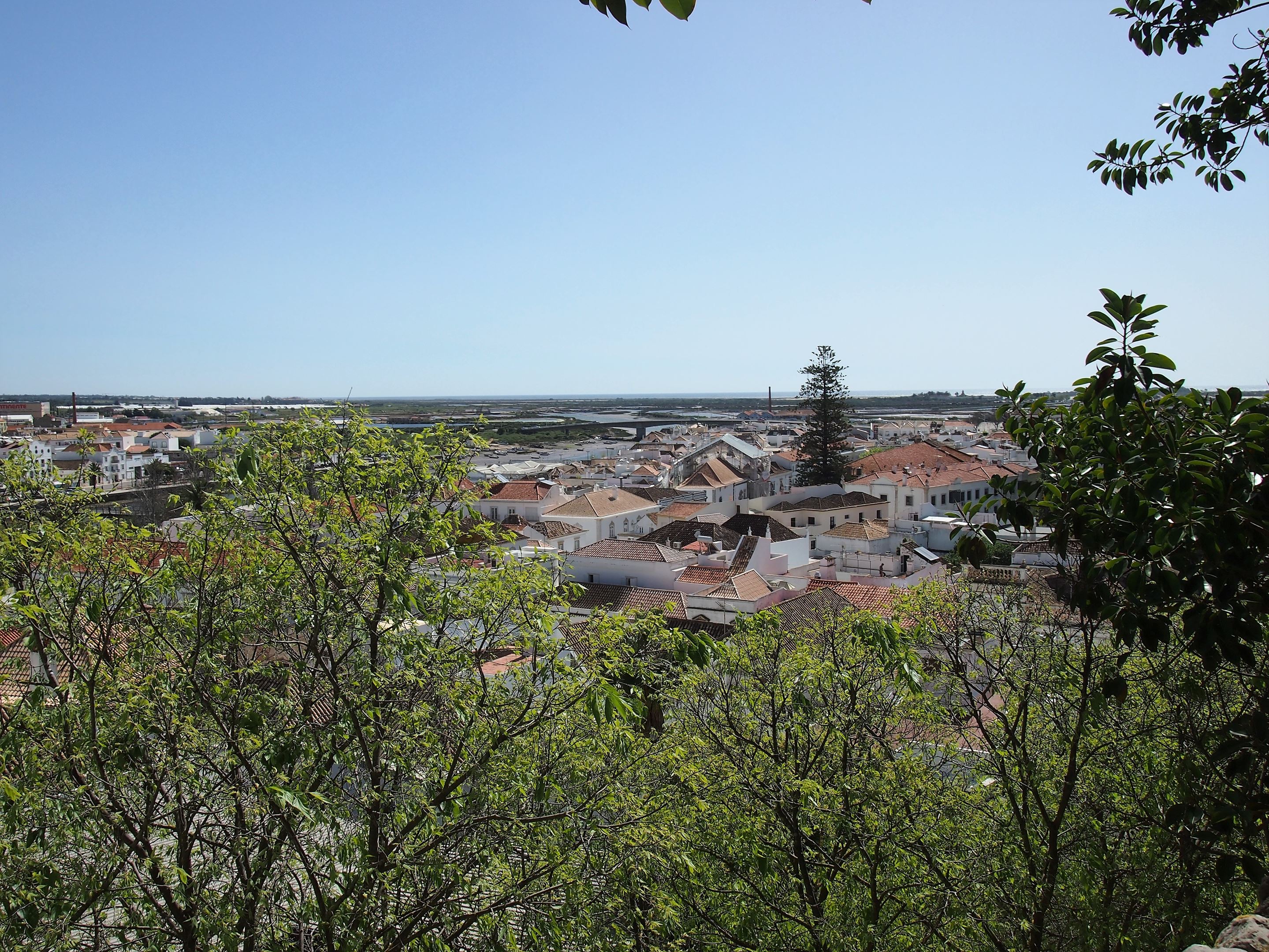 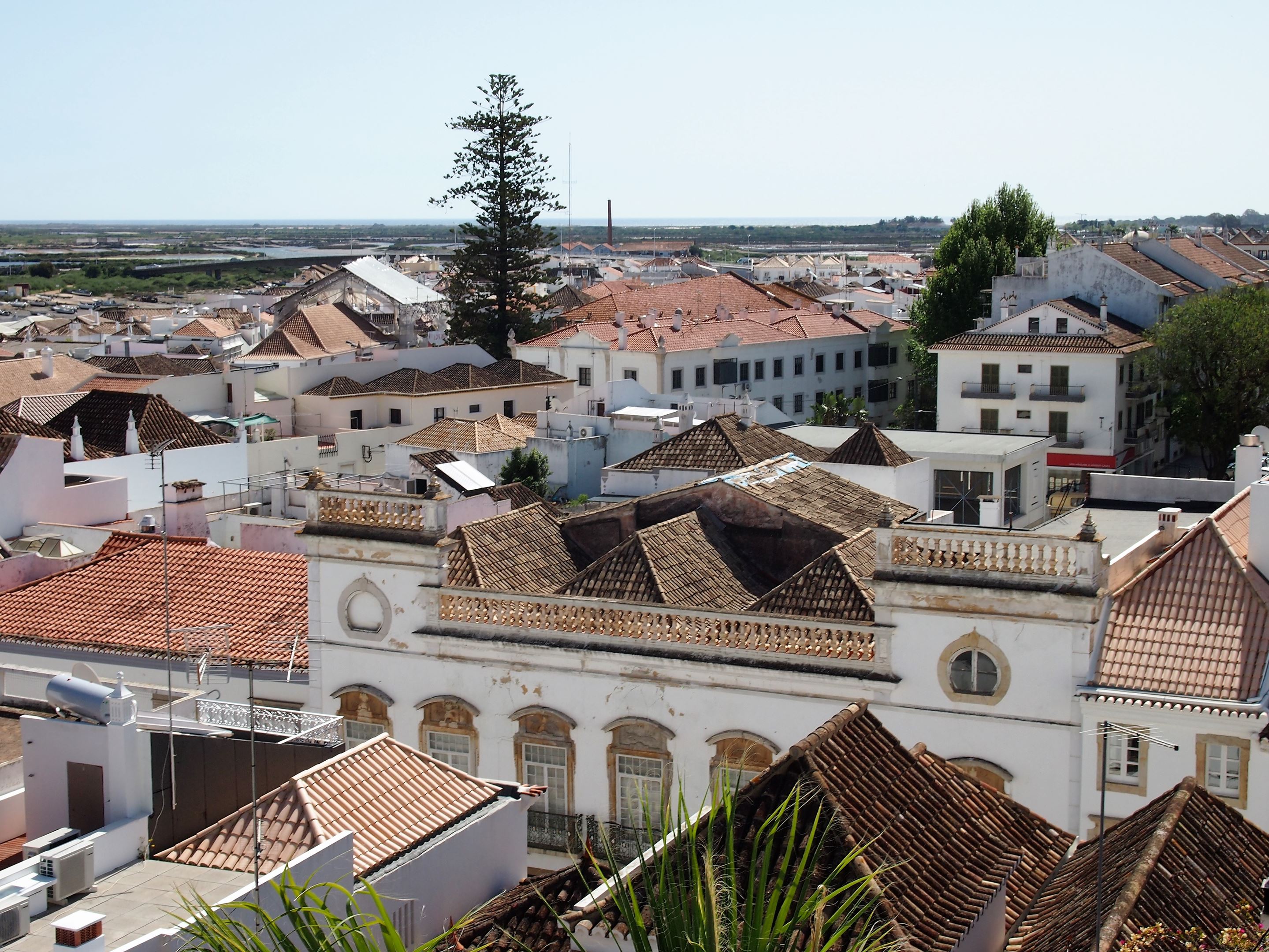 From Tavira Castle, views of Tavira towards the sea

A few steps away from the castle, I stumbled upon one of the many churches of Tavira, Igreja de Santa Maria do Castelo. The church had a beautiful tower featuring a clock with black pointers and a yellow rim on each of the sides.

After visiting the church, I went to the Tower of Tavira, which was just across the road. It seemed like an ordinary water tower from the outside, but inside there was actually a camera obscura providing a 360-degree projection of Tavira. 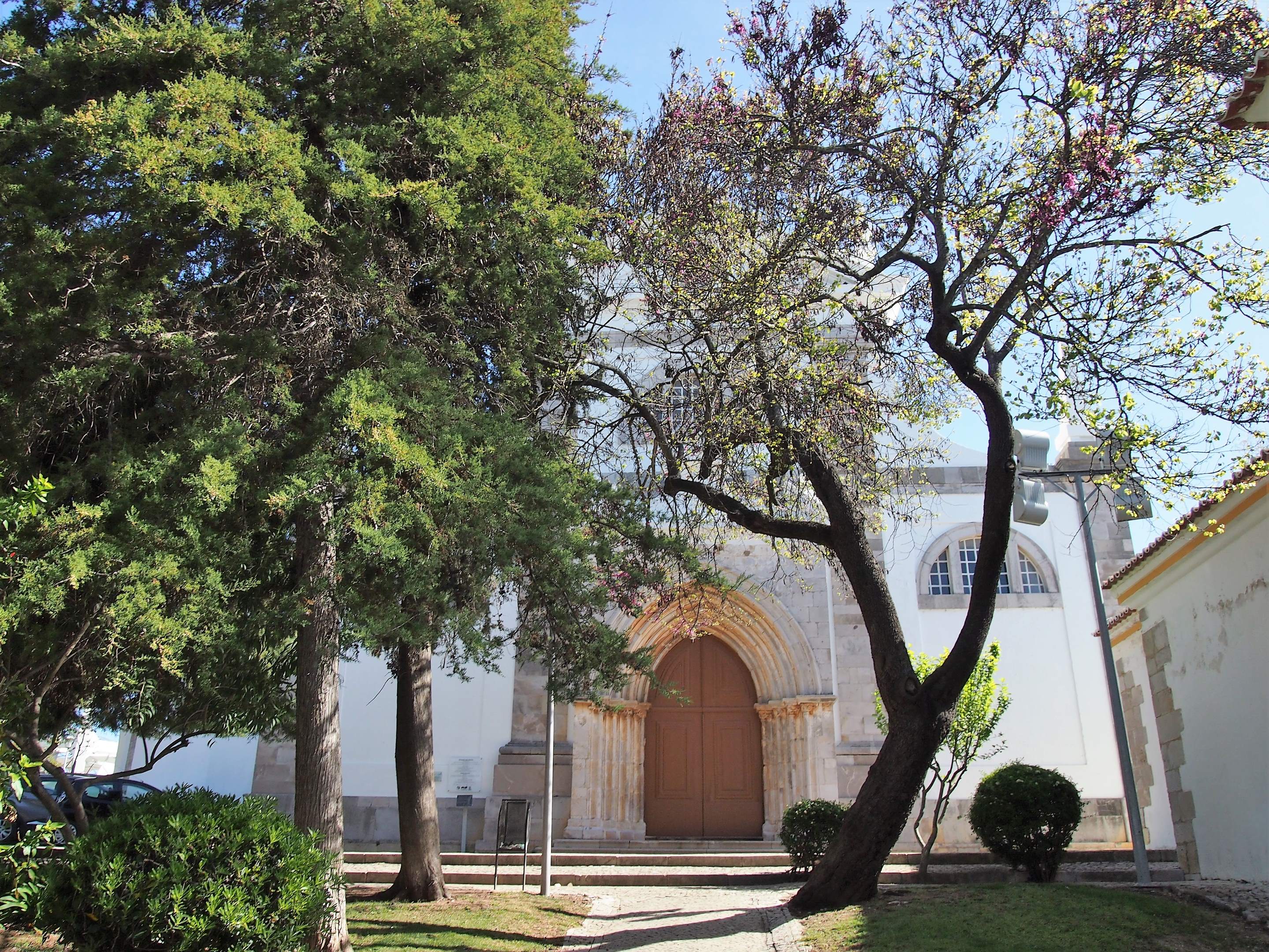 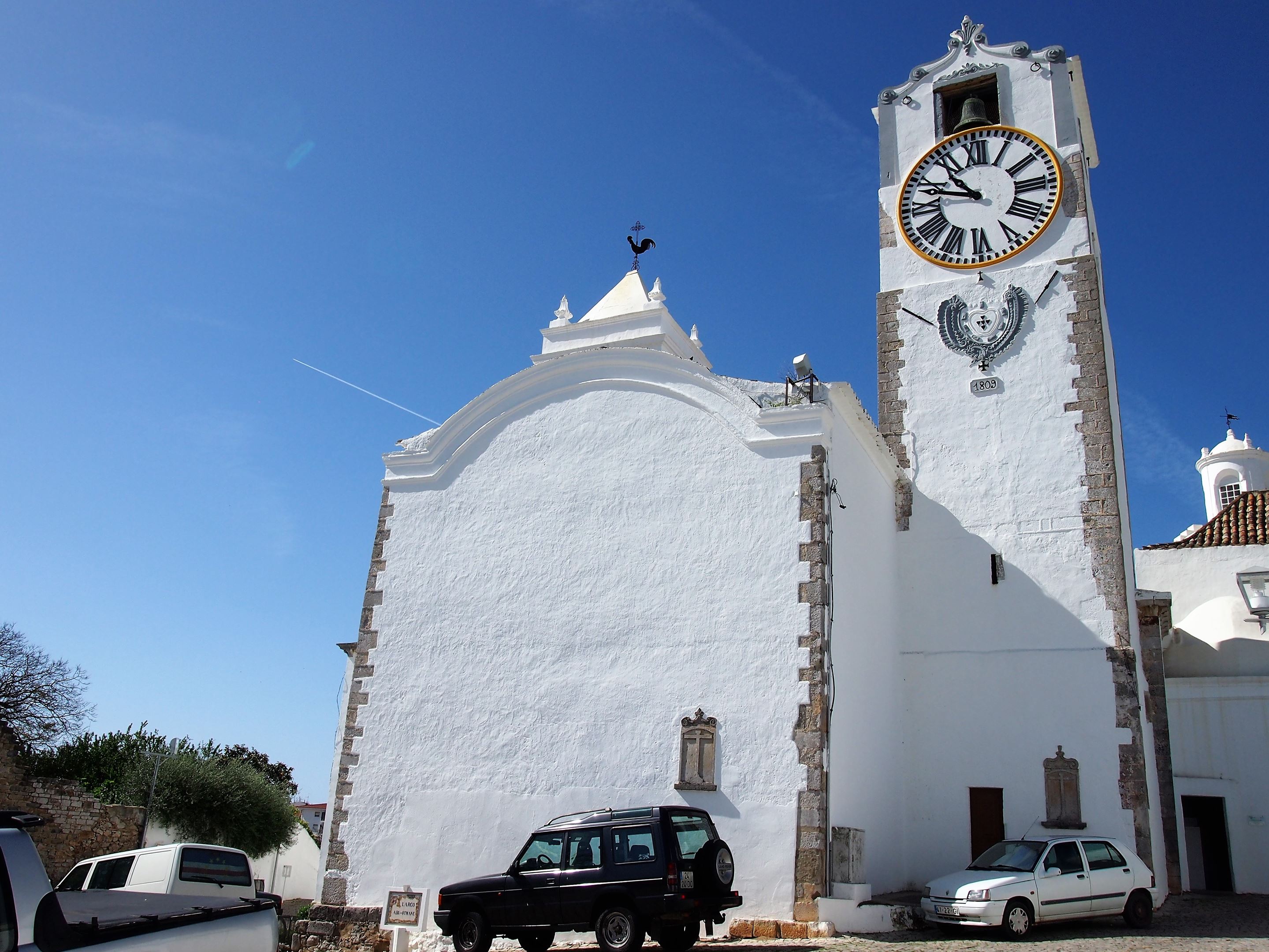 For dinner, I crossed the Roman bridge and headed to the other side of the river to eat at D’gusta. D’gusta is specialised in Portuguese tapas, so I had the chance to try a variety of dishes, from tuna tartar to octopus and sautéed mushrooms, plus a glass of sangria to wash it all down. 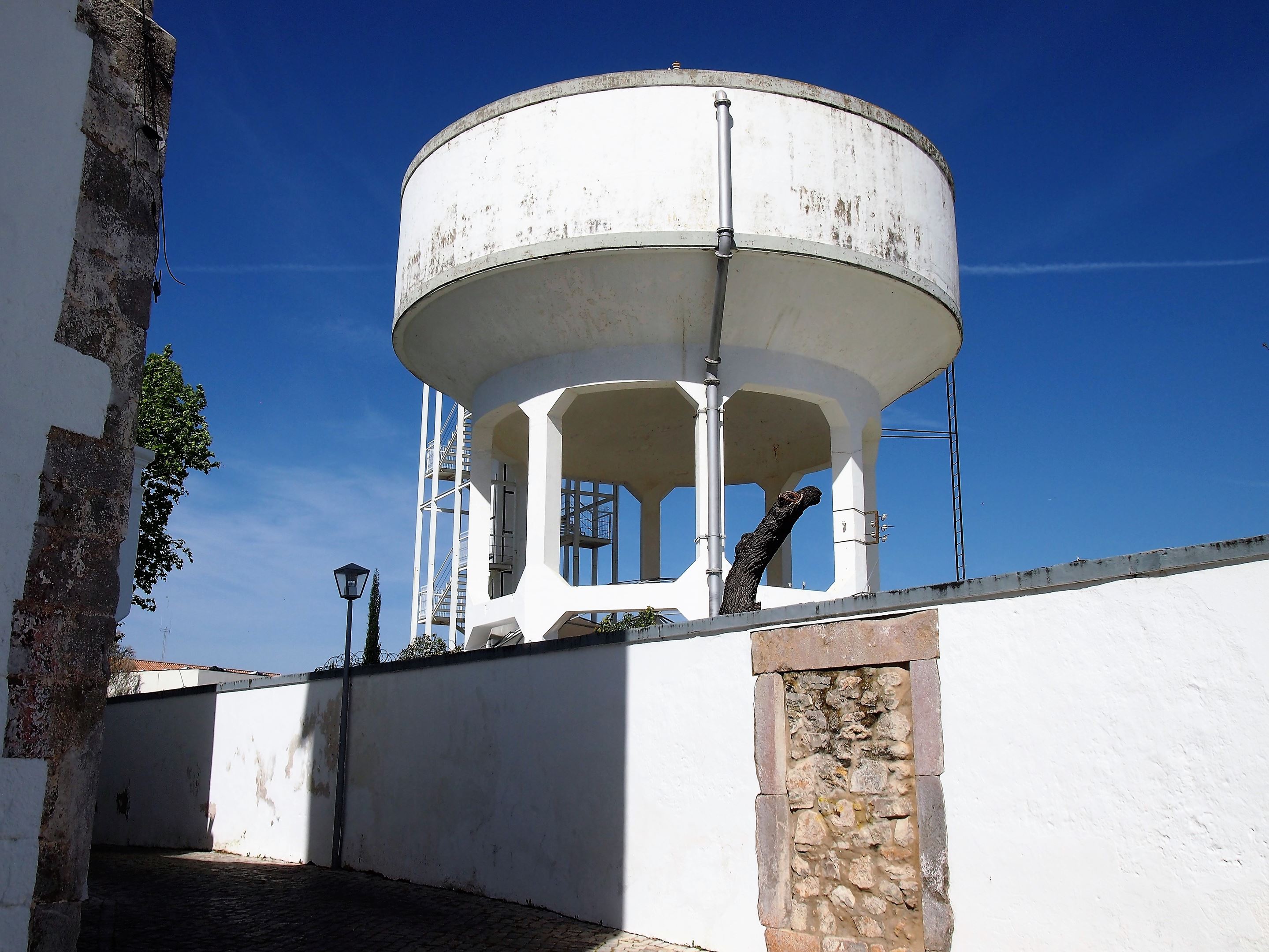 Tower of Tavira (Torre de Tavira), which has a camera obscura or pinhole camera at the top providing fantastic views of the city. 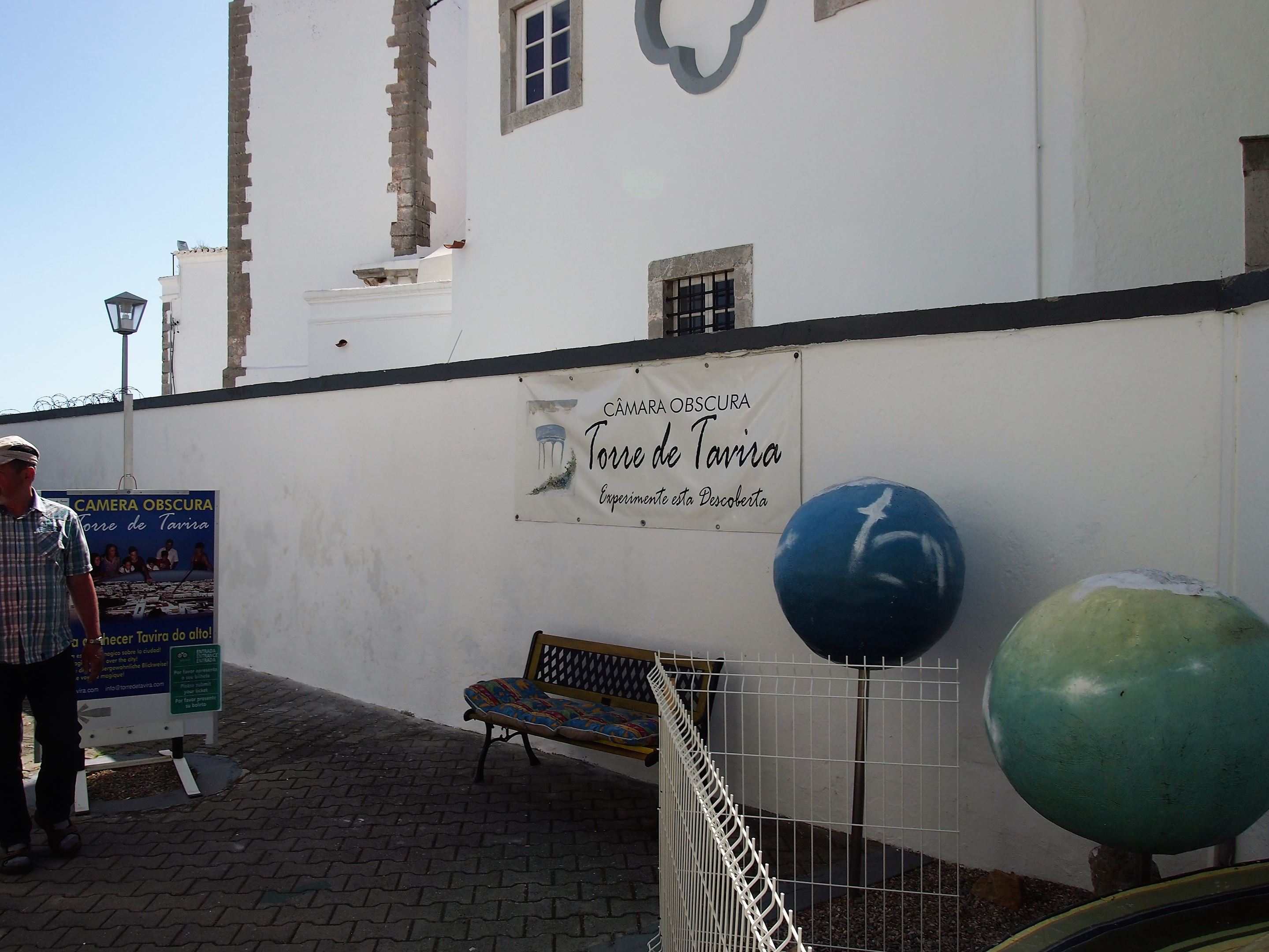 At the entrance to the Torre de Tavira (Tavira Tower) which house the camera obscura at the top.

The team of Iberian Escapes booked me two nights at Pensão Agrícola, an old farmhouse that has been converted into a charming guesthouse. From the minute I arrived, it felt like I was home. The interior was warm and cosy and there were only a few other guests staying there, so it was the perfect place to relax.

Tomorrow, I’m going to explore the fishing villages around Tavira and visit the beaches along the coast. 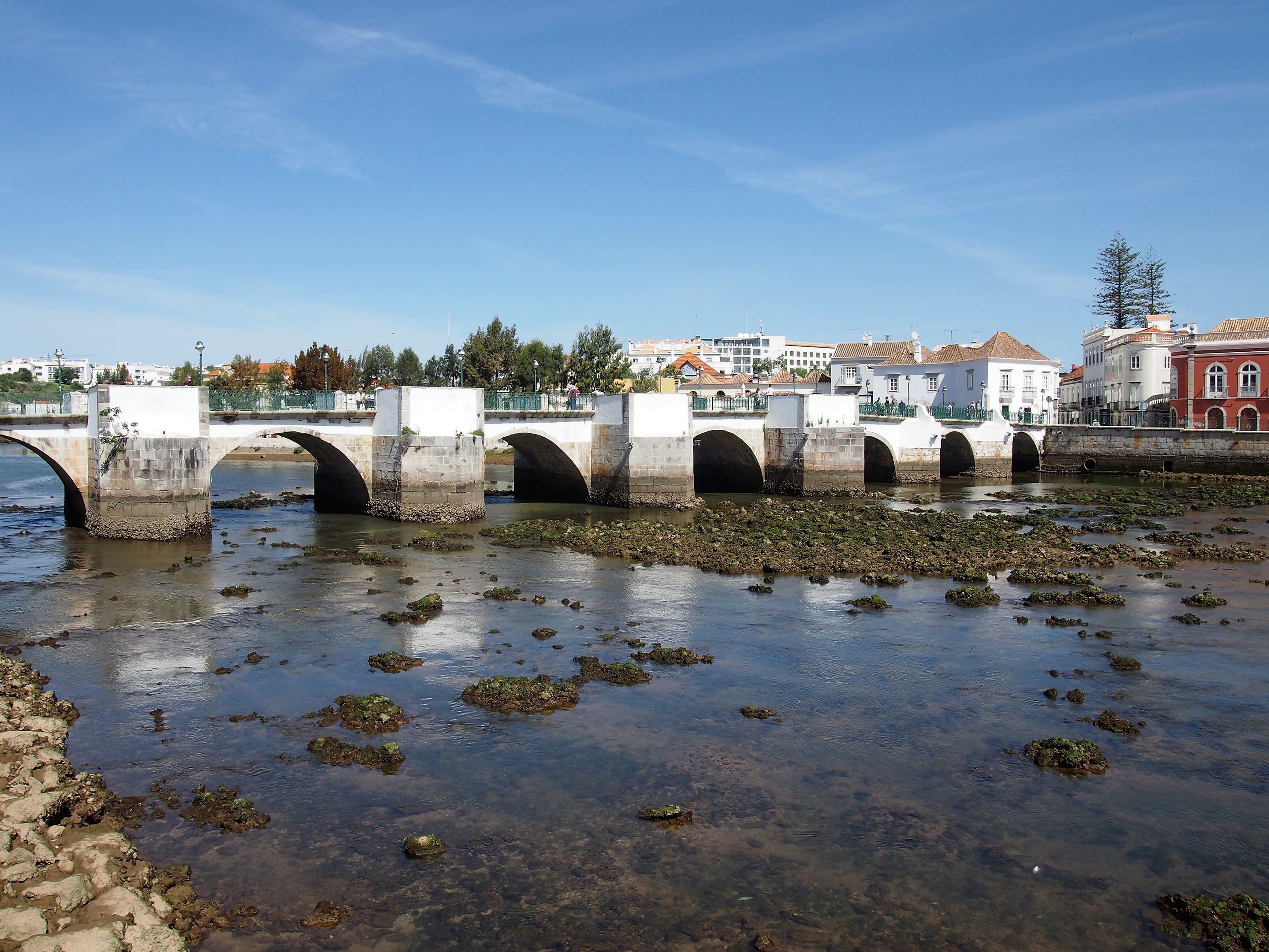 The Roman Bridge which crosses the Gilão River in Tavira. Although it's called Roman, it's not Roman, probably constructed in the 17th Century after the previous bridge collapsed, also not Roman. 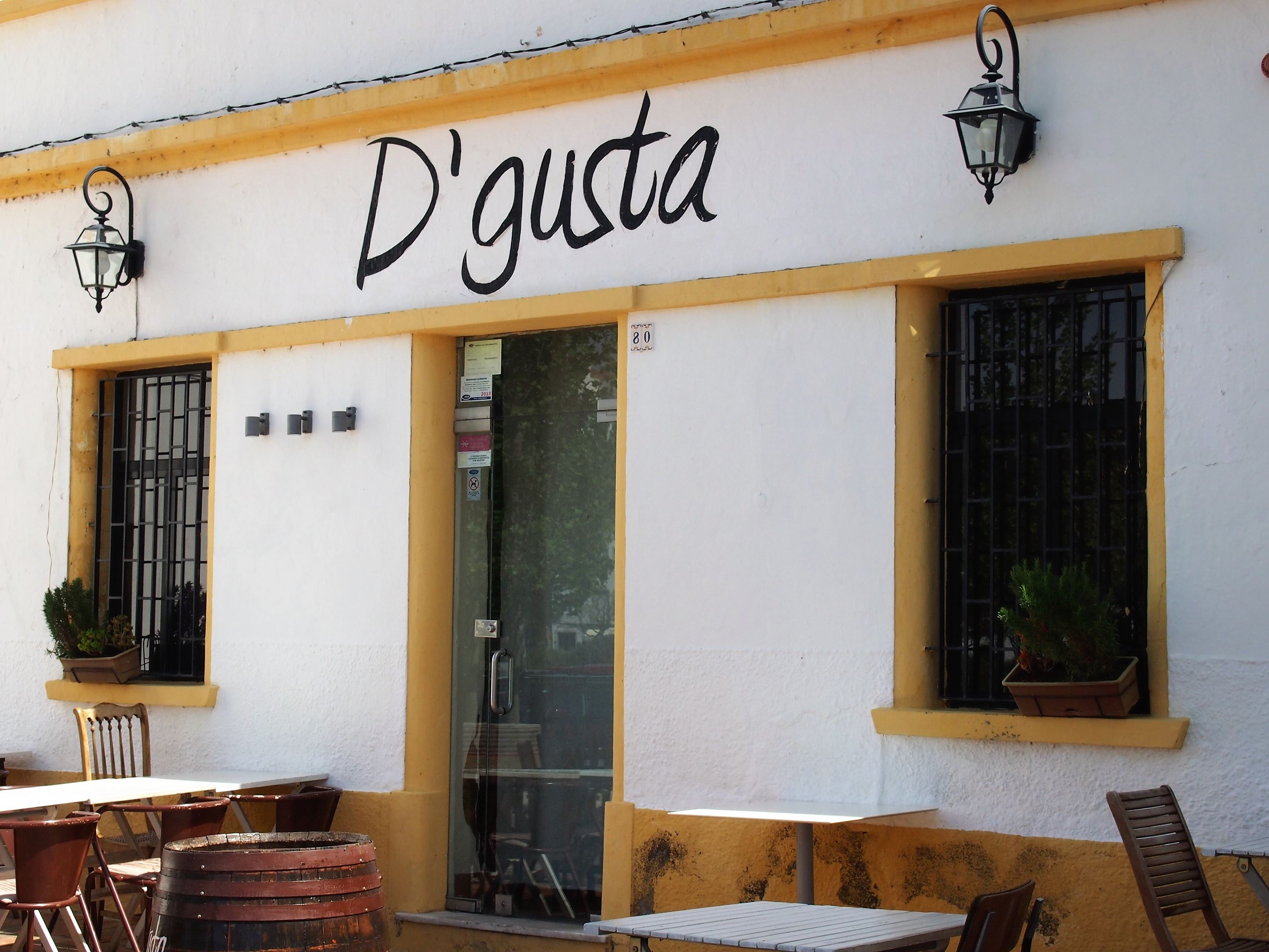 Walking map for Day 1 of this Tavira tour

Day 2 of our Tavira tour and day 26 of our Algarve tour. We leave the city of Tavira to explore the coastline. Breakfast was served at the terrace of Pensão Agrícola, surrounded by olive and orange trees. After breakfast, I greeted the house donkeys and headed out to visit Ilha de Tavira on my own. 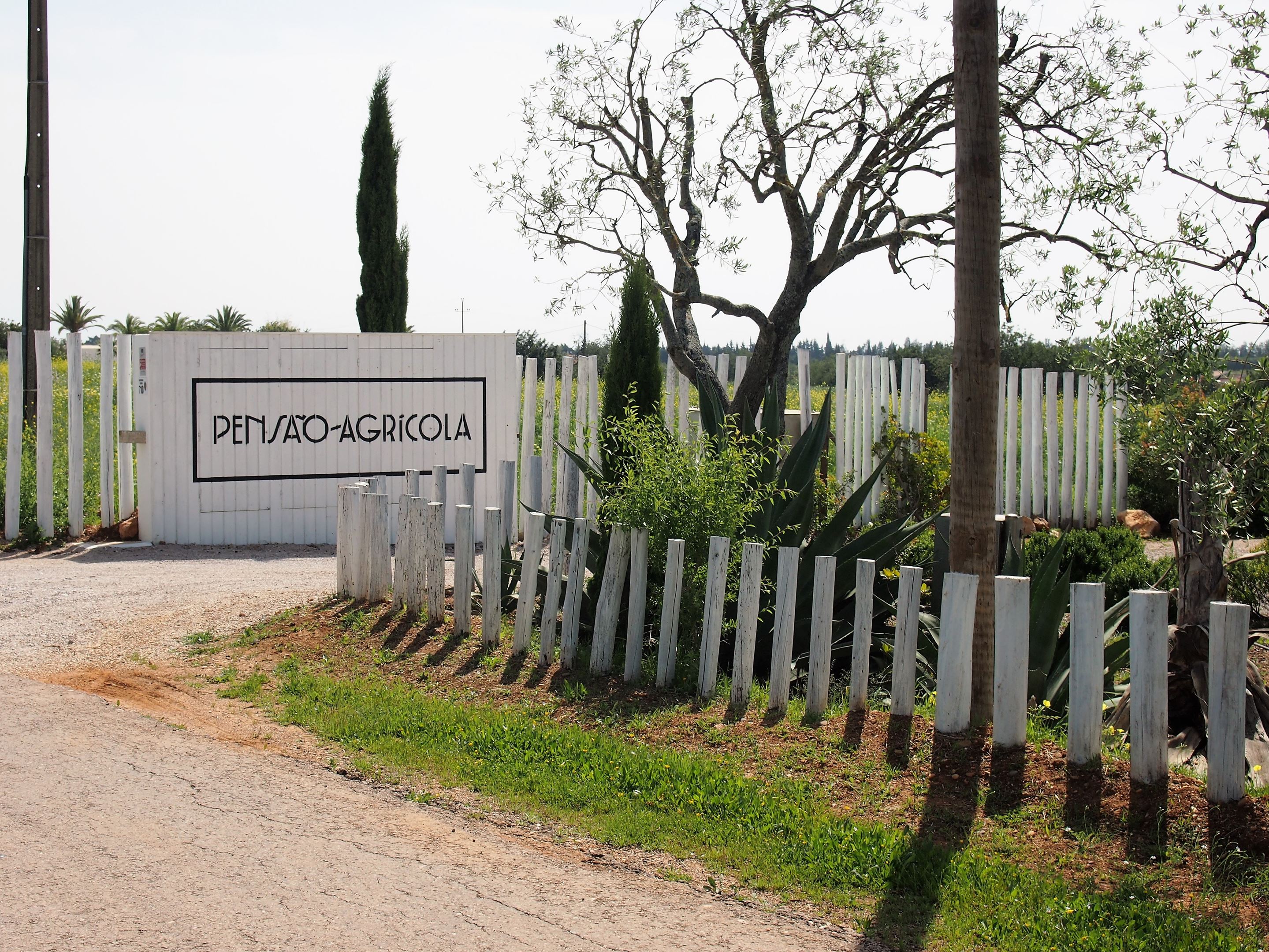 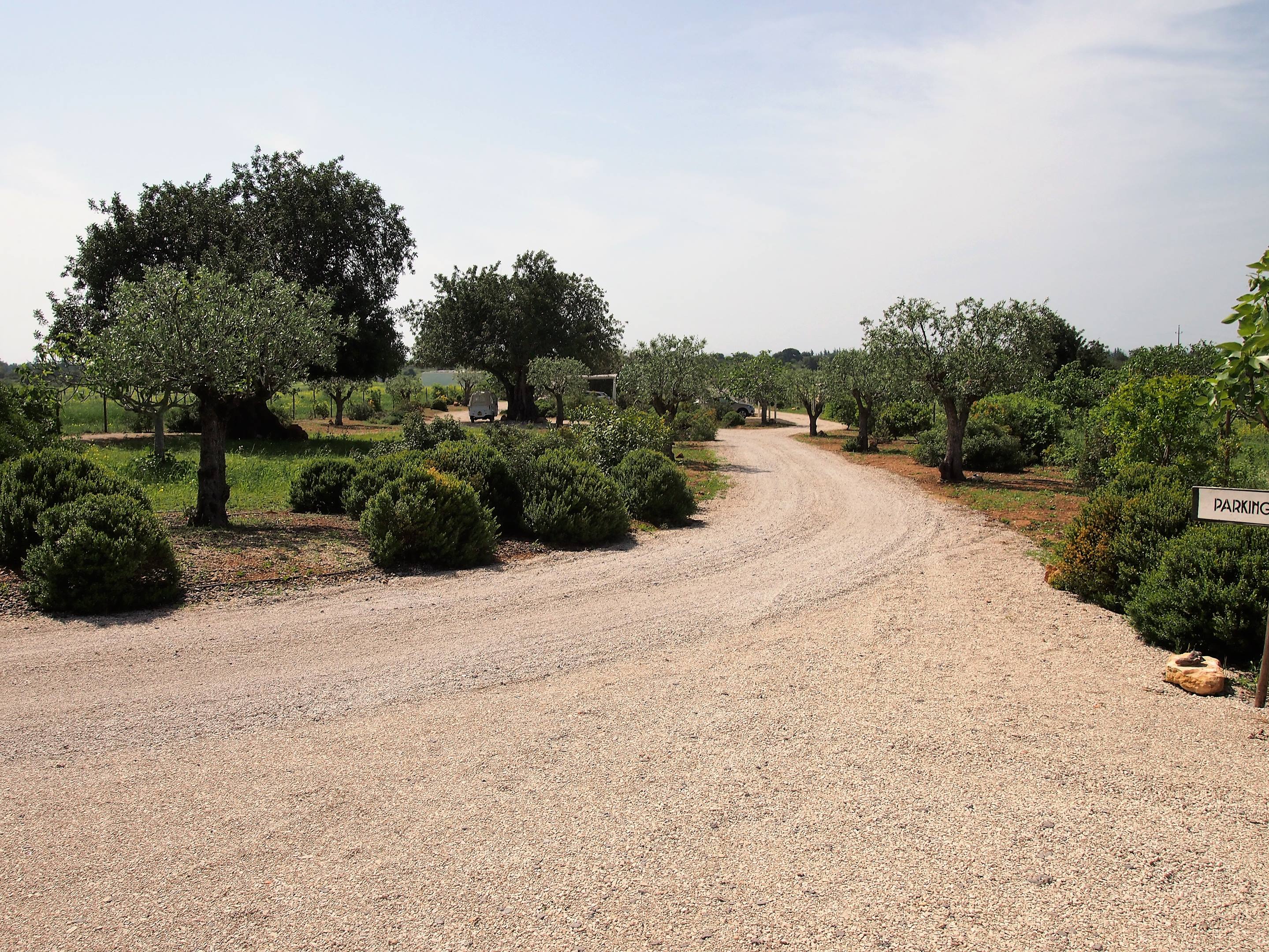 The grounds of Pensão Agricola, near Tavira, Algarve

I got a boat from Cais das Quatro Águas and sailed along the saltpans of Ria Formosa for 10 minutes before arriving on the island.

Once I got there, I had to walk through a small pine forest and after a few metres, I finally spotted the first beach - Praia de Tavira. The sand seemed to stretch forever and there were barely any people around, making me feel like I had just landed on a deserted island. I strolled along the beach for about an hour and then took the boat back to the shore. 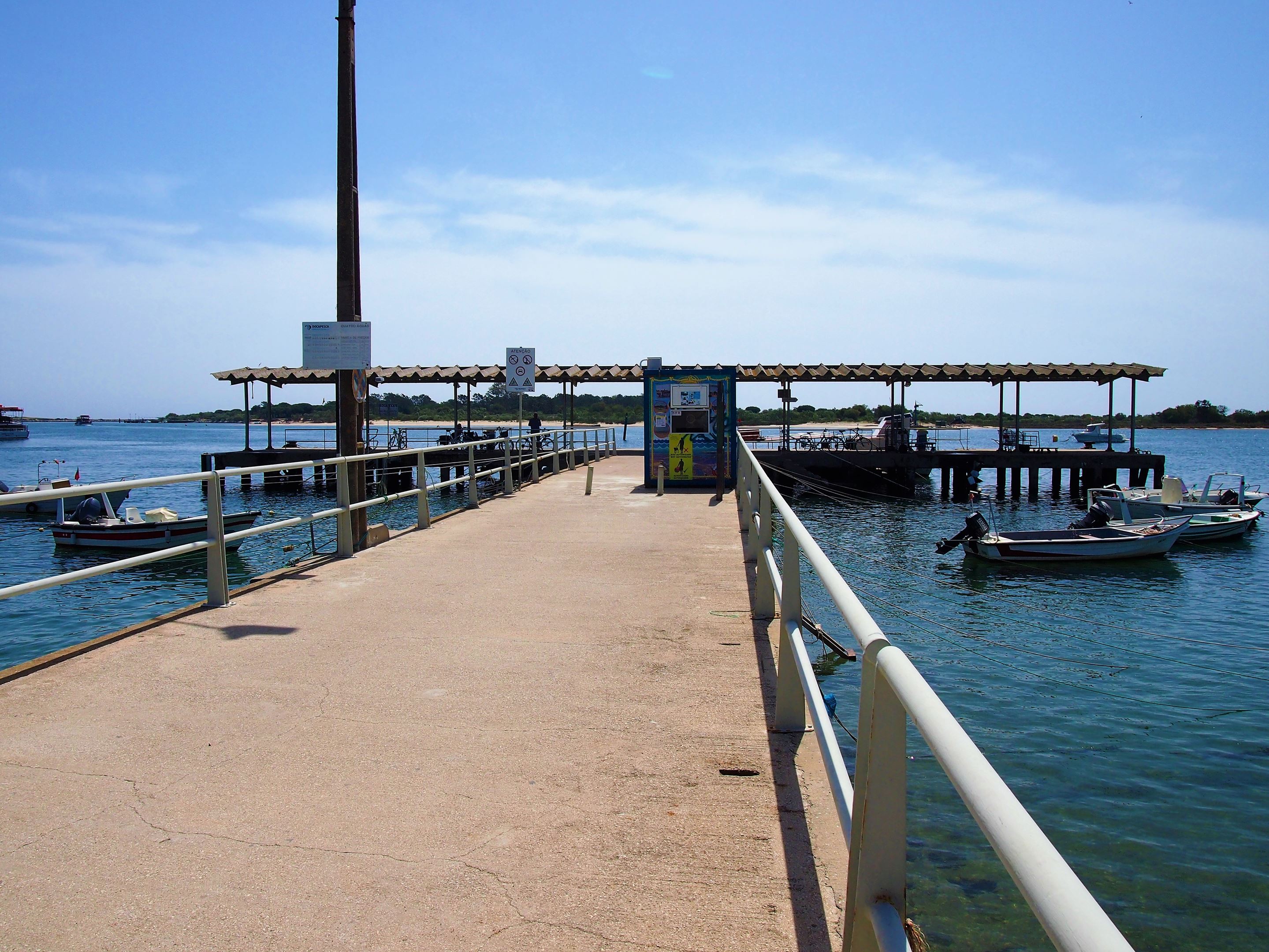 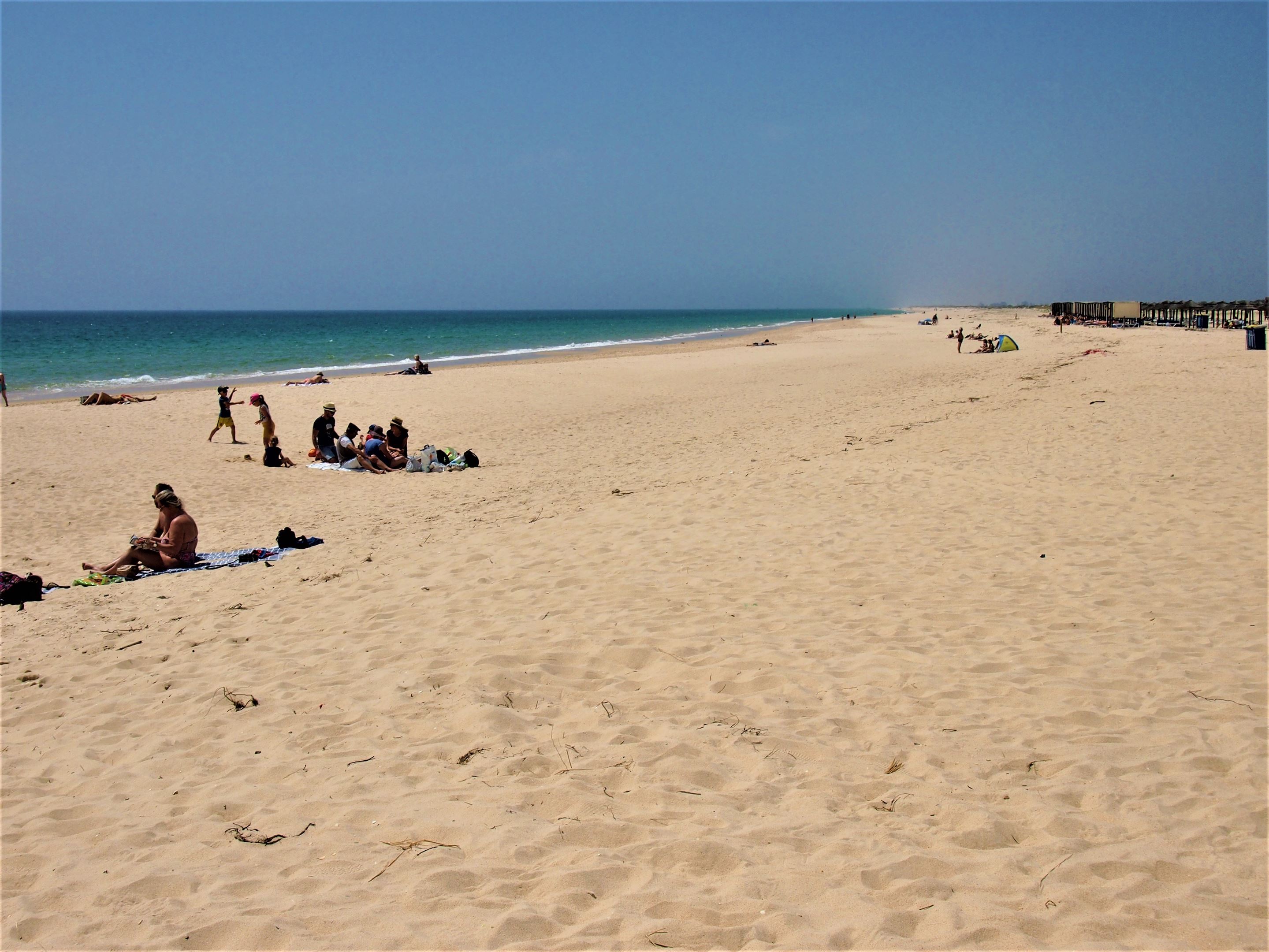 Next, I drove to a small fishing village called Santa Luzia. Along the harbour, I saw colourful fishing boats and small ferries also announcing departures to Ilha de Tavira.

The village is known as the Capital of Octopus, so I couldn’t leave without sampling this local delicacy. I was recommended Polvo & Companhia and was delighted with the variety of octopus dishes on offer. There was grilled octopus, octopus skewer, octopus with honey, octopus with clams, and the list goes on…I decided to keep it simple and tried the grilled octopus which was served with a delicious side of roasted potatoes. 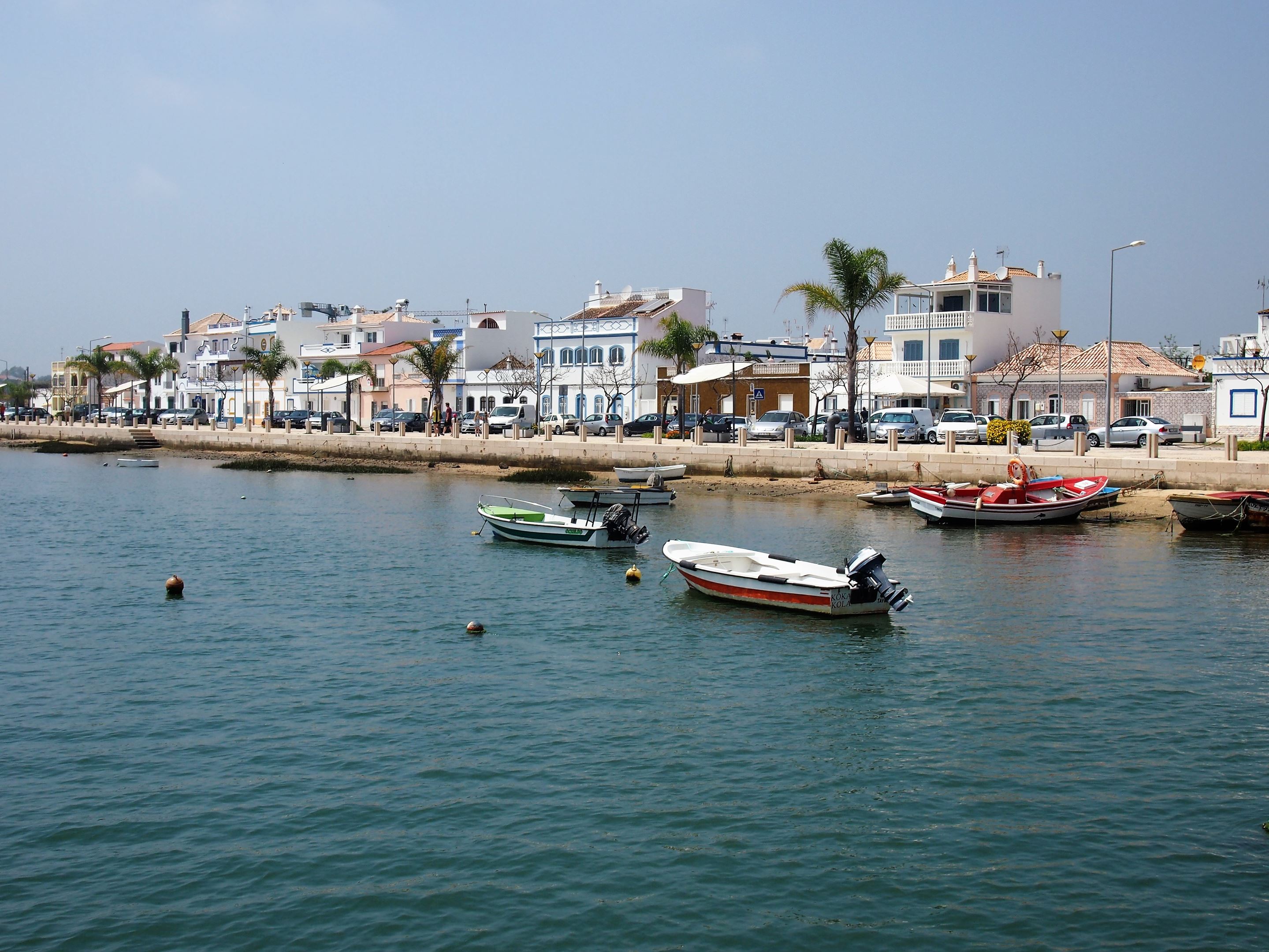 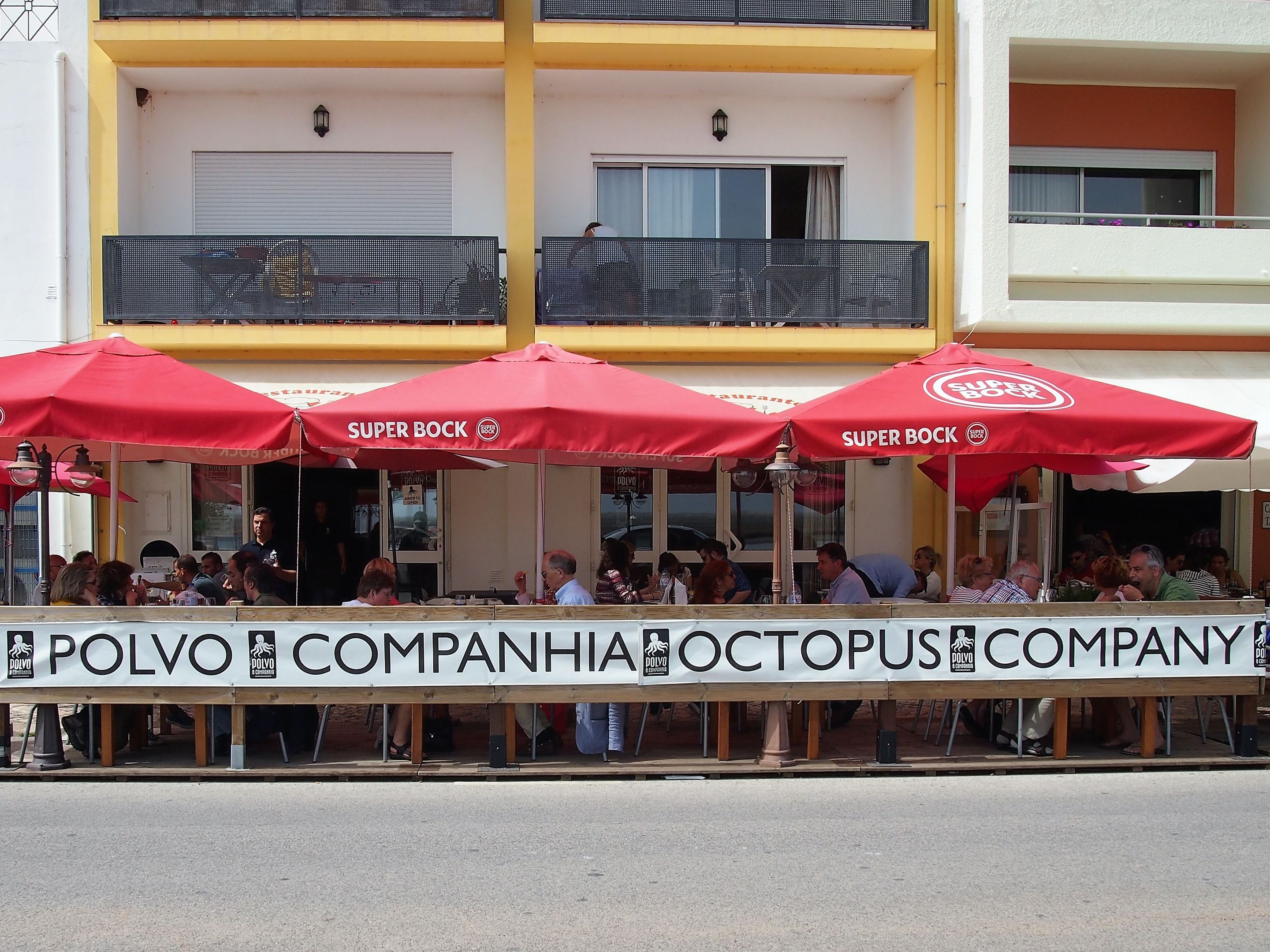 Following lunch, I visited Cabanas de Tavira and once again I hopped on a boat, but this time towards Ilha de Cabanas.

The island was slightly smaller than Ilha de Tavira, but it was just as stunning, with its soft sand caressing the clear waters of Ria Formosa. I can already imagine spending a summer here away from the crowds. 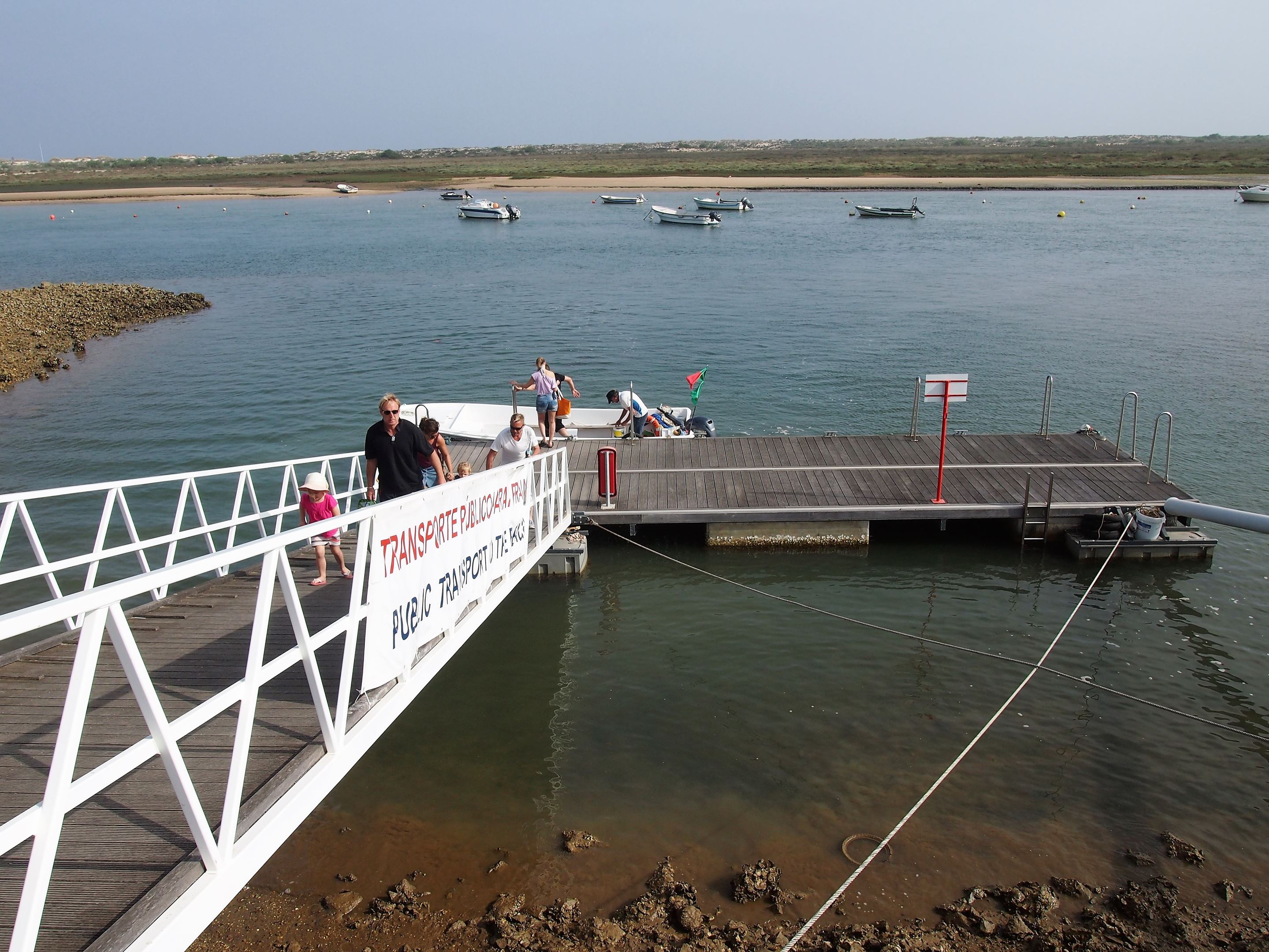 One of a few jetties at Cabanas de Tavira, to take a boat to Ilha de Cabanas (Cabanas Island). This boat seemed like fun and was! If you have children there is a more sedate ferry available. 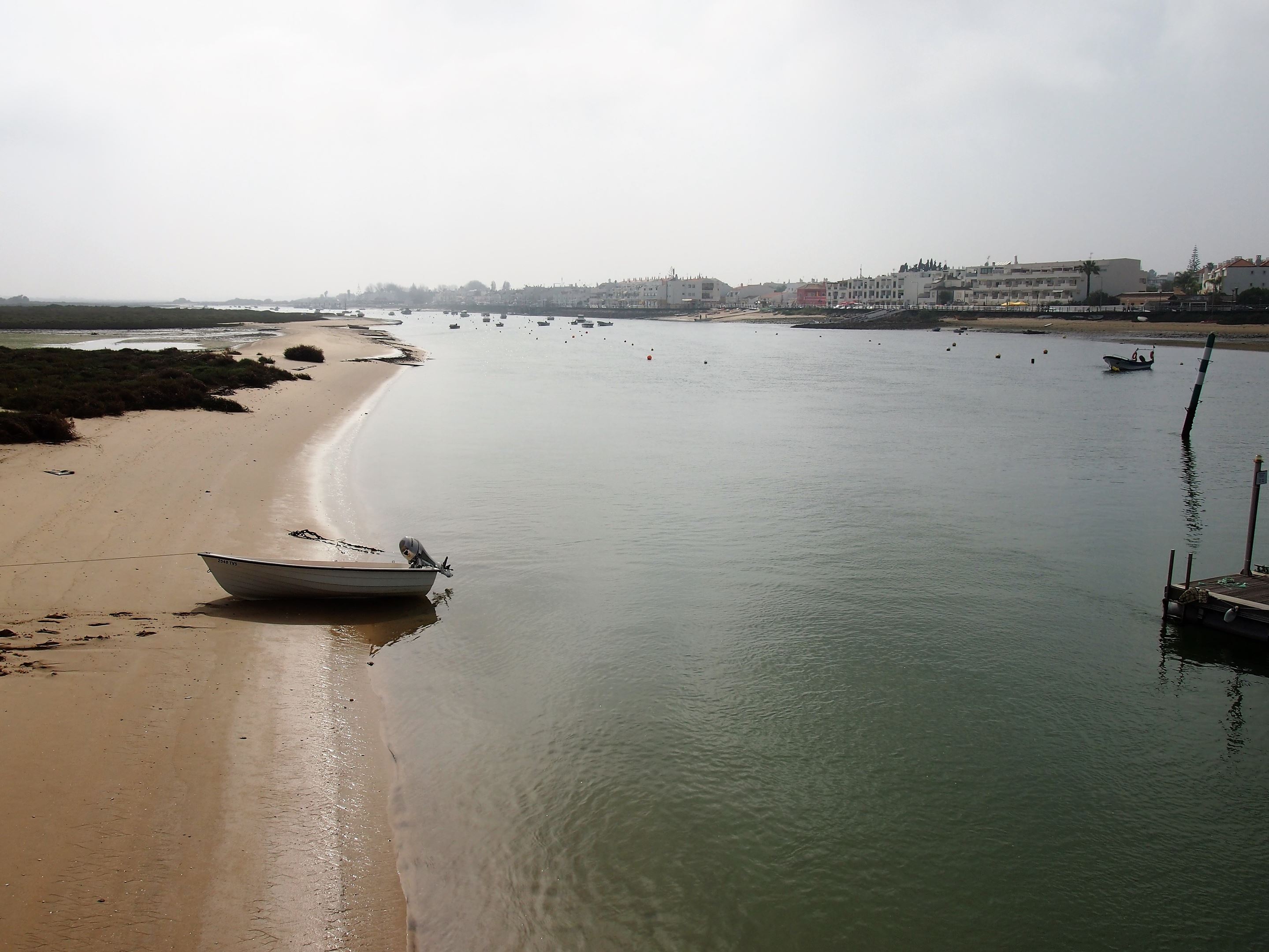 A short hop to Cabanas Island (Ilha de Cabanas) with Cabanas de Tavira in the background. 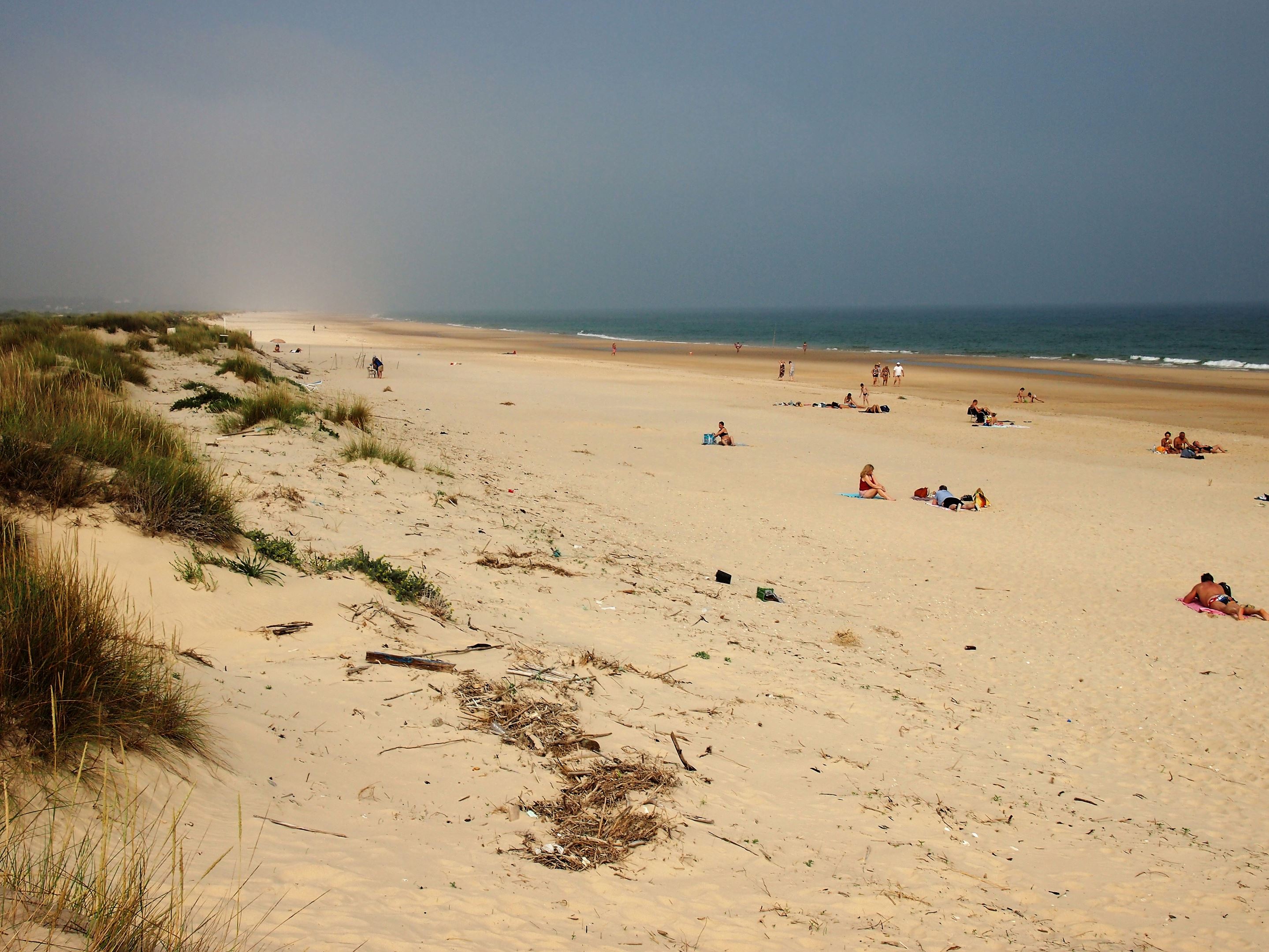 I finished the day at Cacela Velha, another fishing village set between Tavira and Vila Real de Santo António. The village itself is quite tiny, but it does offer great views of both the sea and the lagoons of Ria Formosa.

The best part of Cacela Velha was its beach. To get there, I had to drive to Sítio da Fábrica and then wait for the low tide to cross the river. I arrived just in time to see the sunset and capture the stunning orange reflection in the water. 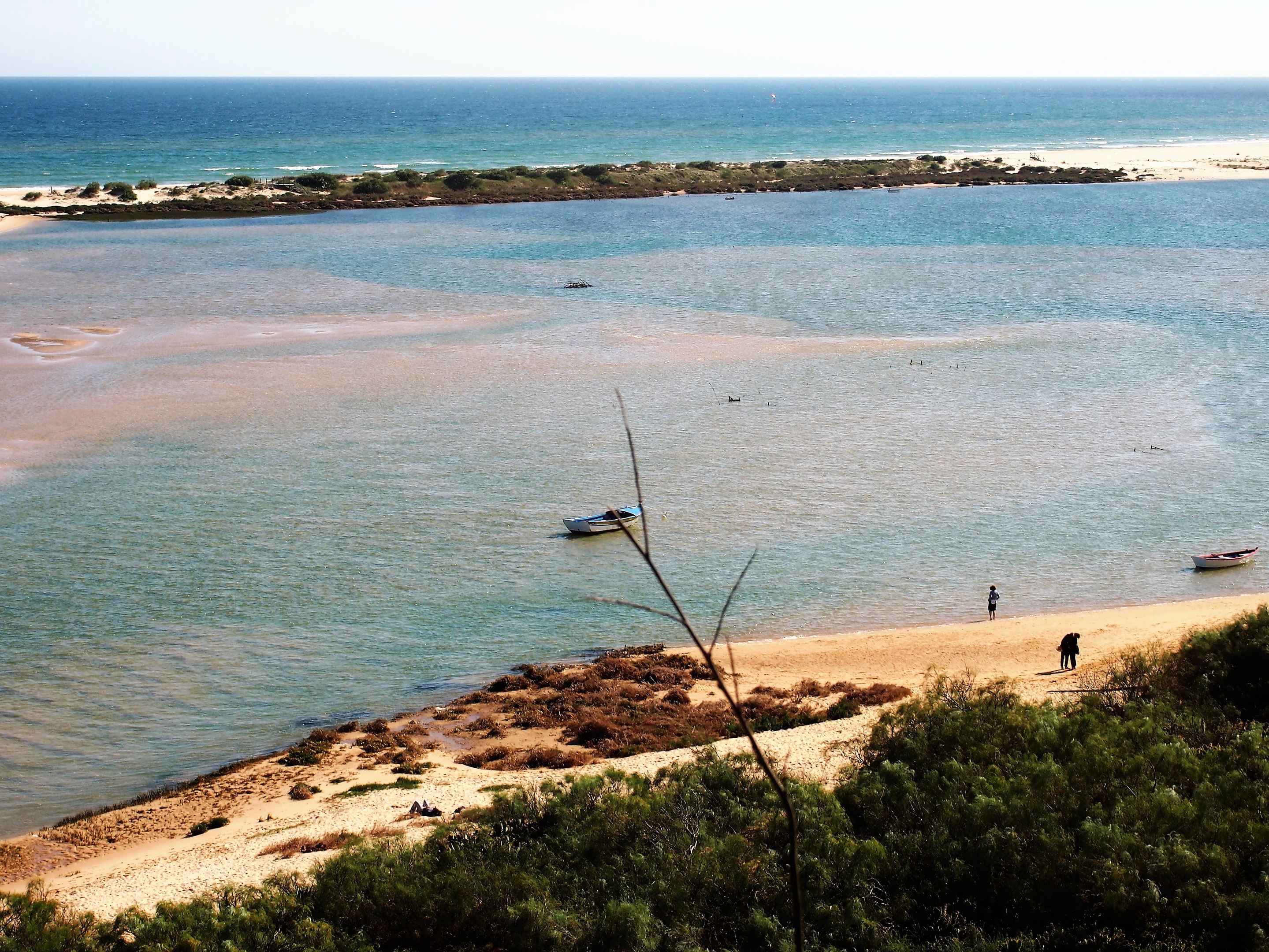 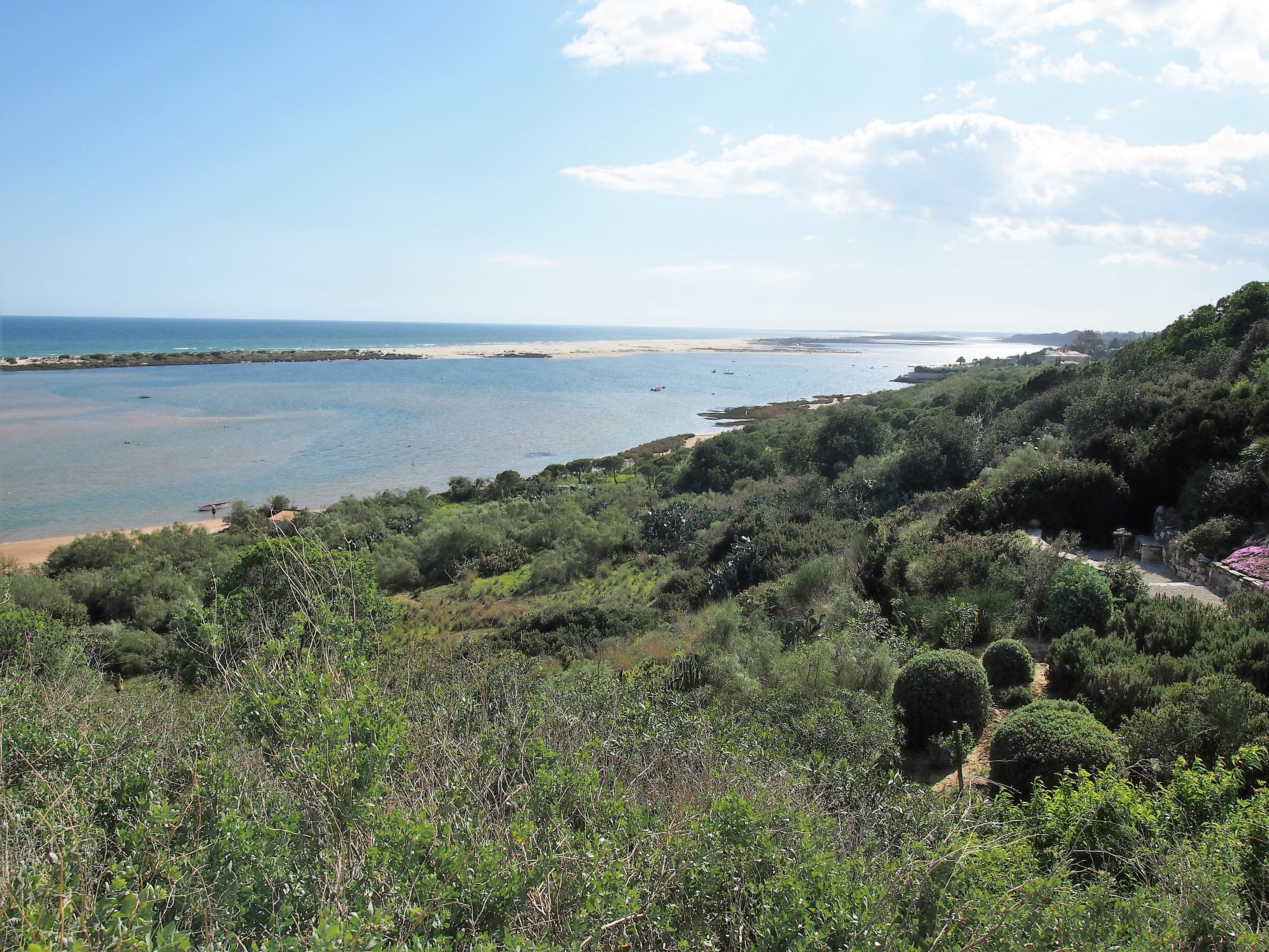 Views from Cacela Velha over the Ria Formosa looking west

For dinner, I visited Casa Velha, one of the few restaurants that was still open at that time of night. Following the staff’s recommendation, I ordered the razor clam rice as a main and finished the meal with a tasty almond pudding.

In less than 15 minutes, I was back at Pensão Agrícola, sitting on my comfy bed and planning my trip to Olhão with the help of Iberian Escapes.

Driving map for Day 2 of this Tavira tour