The Algarve is one of Portugal's richest gastronomic regions. This region has no less than 8 Michelin-star restaurants, and a wide variety of dishes and recipes that make any meal a delicacy. The staple diet is made of meat, vegetables, fruits and above all fish: if you like fish and seafood, you've landed in paradise! Portuguese gastronomy's star is "bacalhau", a dried, salted codfish. Other typical dishes are the Cataplana, grilled sardines, chicken piri piri and several soups. Sweets also have a prominent place on the gastronomic scene. The most important ones are the Dom Rodrigos (egg and almond sweets), the Morgadinhos (small cakes made with sugar, almond, eggs, angel hair and pumpkin), the fig cheeses, marzipan, and many other almond, honey and fig sweets. Whether on a simple beach terrace or in the finest restaurants led by world-renowned Chefs, tasting the typical Algarvian cuisine is an experience not to be missed! 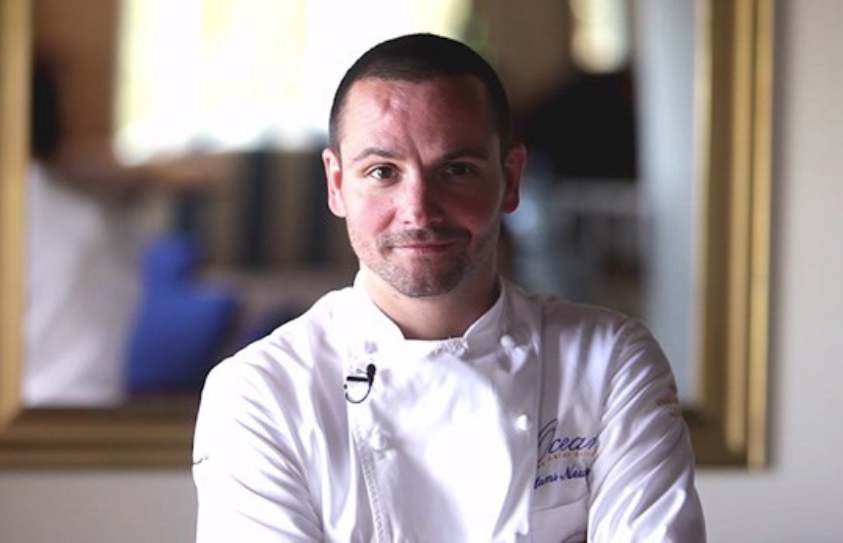 Enjoy the art of dining in this two Michelin stars restaurant located in Armação de Pêra. Chef Hans Neuner has created a restaurant that is ranked the highest in the region and is considered one of the top 100 best restaurants in the world. Dine under the stars enjoying a beautiful ocean view. 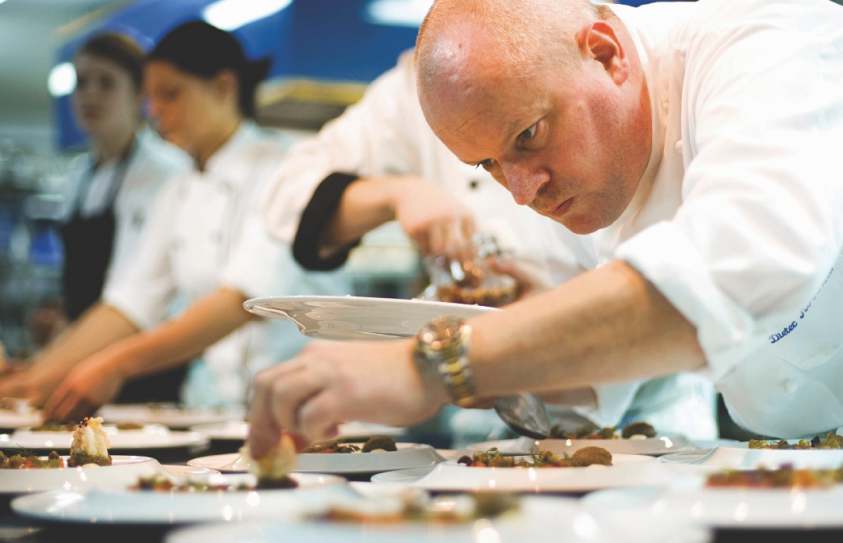 Located in Galé near Albufeira, this boutique resort has a 2* Michelin restaurant, located on top of the cliffs with fantastic views of the ocean close by. Open for both lunch and dinner. Enjoy the chef's table set right amongst all of the action with chef Dieter Koschina. 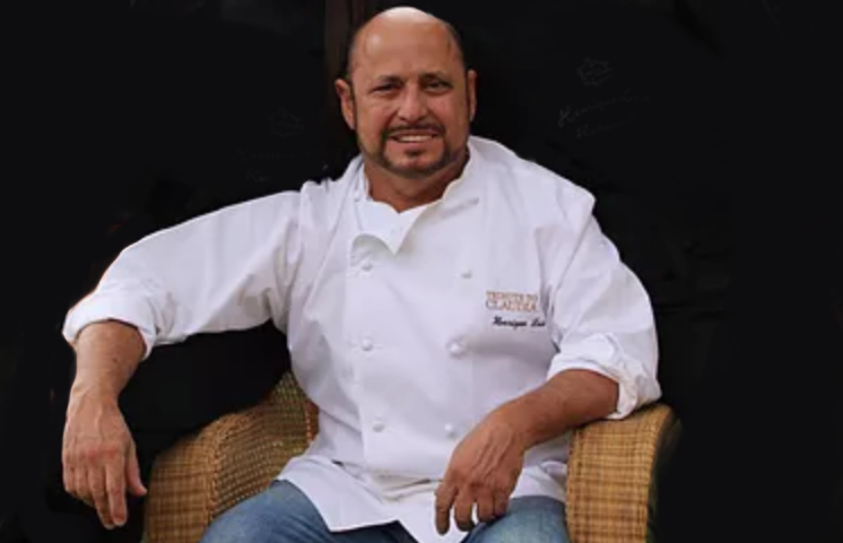 Henrique Leis is one of our personal favourites as it offers a very good set menu at lunchtime, providing Michelin star food for incredible value. This restaurant along with Vila Joya and Ocean are the only three in the region that make the 'top 1000 restaurants' list. Located just north of Almancil. 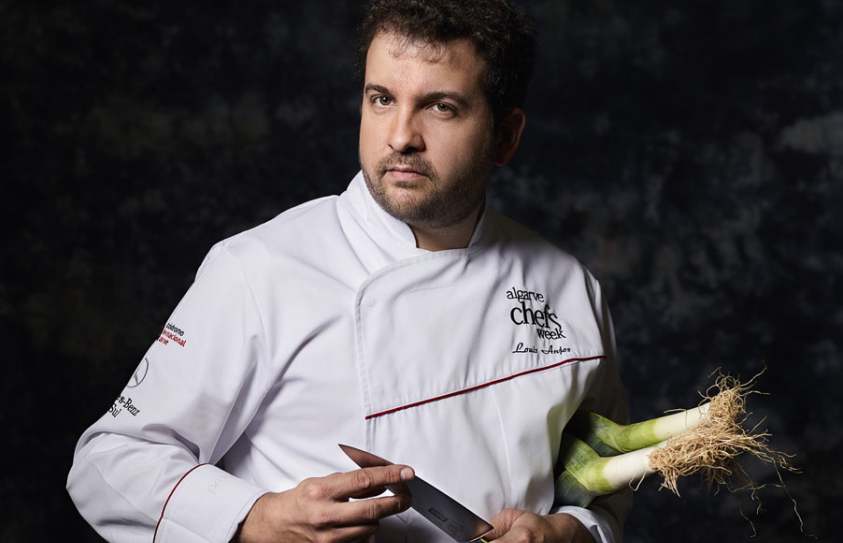 For the fine dining lovers, this restaurant in Carvoeiro is a must. The young chef Rui Silvestre opened this magnificent establishment, and his successor, chef Louis Anjos, is undoubtedly on the same level of his predecessor. Each course honours Portuguese ingredients with a special focus on the freshest, locally sourced fish, seafood, meat and vegetables. 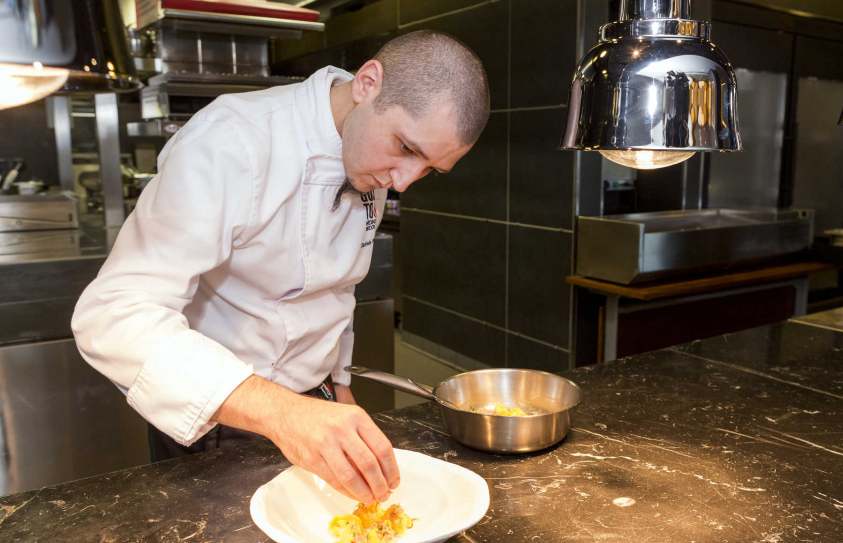 Located in Almancil, culinary aficionados will be excited to taste brilliance of renowed chef Heinz Beck blended with the perfection of Daniele Pirillo. Together, they create innovative, haute Mediterranean cuisine using the freshest local and international ingredients. The restaurant features a lively open kitchen and a Cuban cigar menu. 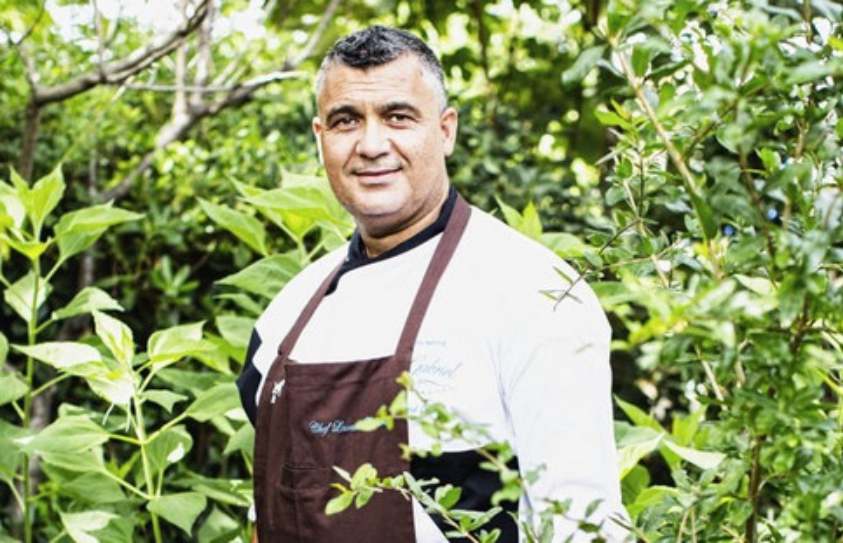 Lying in between Quinta do Lago and Vale do Lobo, the São Gabriel restaurant is set in a small old quinta. Open for lunch on Sundays only with a wonderful set menu. Enjoy food cooked by chef Leonel Pereira, the only Algarvean born chef in this Michelin selection. 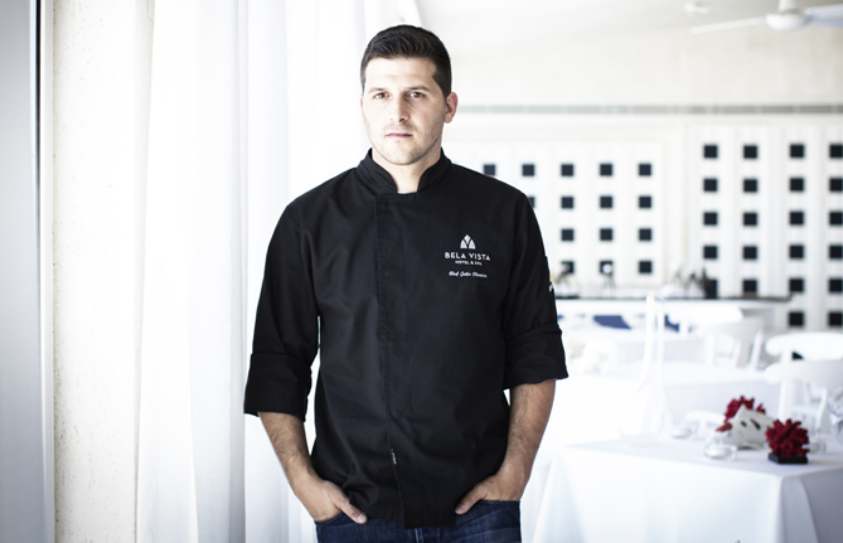 From humble beginnings cooking for his disabled grandparents, chef João Oliveira discovered his passion. In charge of the kitchen at Vista since 2015, Oliveira serves dishes influenced by the wondrous seafood in the oceans of the Algarve, fused with the flavors of his past in the north. Located just next to the beach in Portimão. 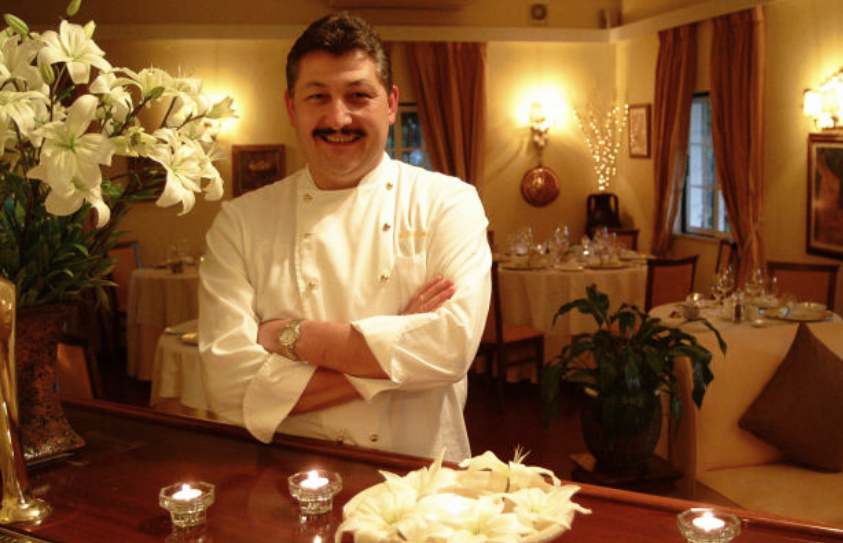 In 2000, German-born Willie Wurger opened his own restaurant in Vilamoura, which has been awarded a Michelin star every year since 2006. His specialty is the cuisine from central Europe, served only with top quality ingredients. The restaurant is quietly tucked away in the residential area of Vilamoura. 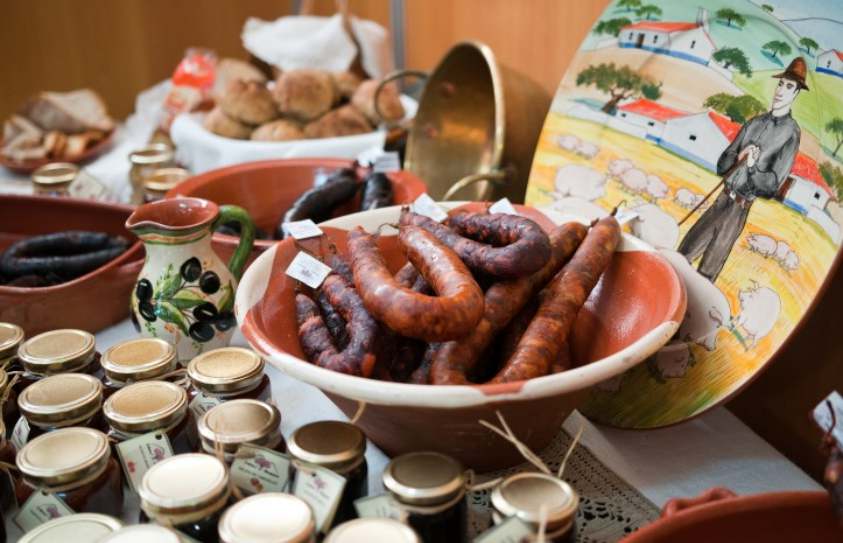 Known as "Feira dos Enchidos", this fair of traditional products highlights the local traditional sausages of Monchique, and other typical products from the mountains of the Algarve, such as strawberry tree fruits, honey, and black pig. This event usually features a variety of street entertainment and musical concerts. It takes place during March. 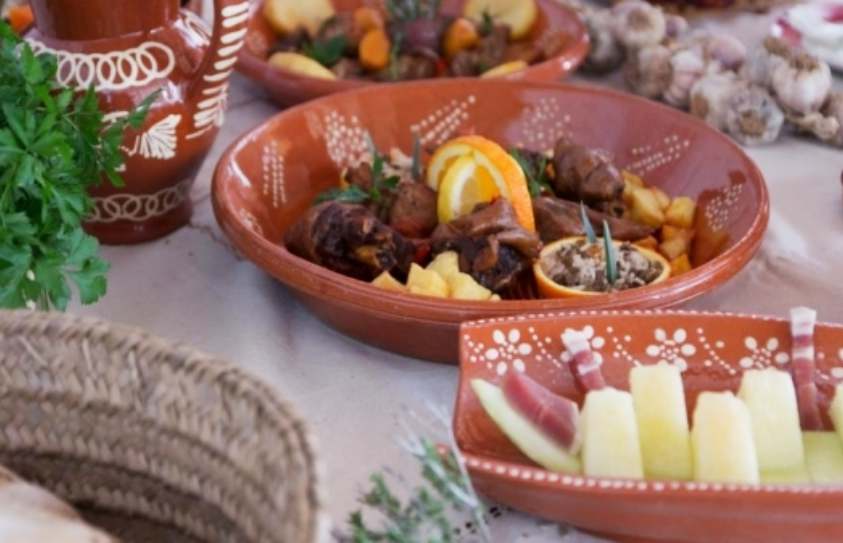 This event takes place between March and April and highlights the typical gastronomy of the interior of the Algarve once again. The best restaurants in town create and offer a special menu featuring typical dishes cooked with the finest ingredients of the Algarve. 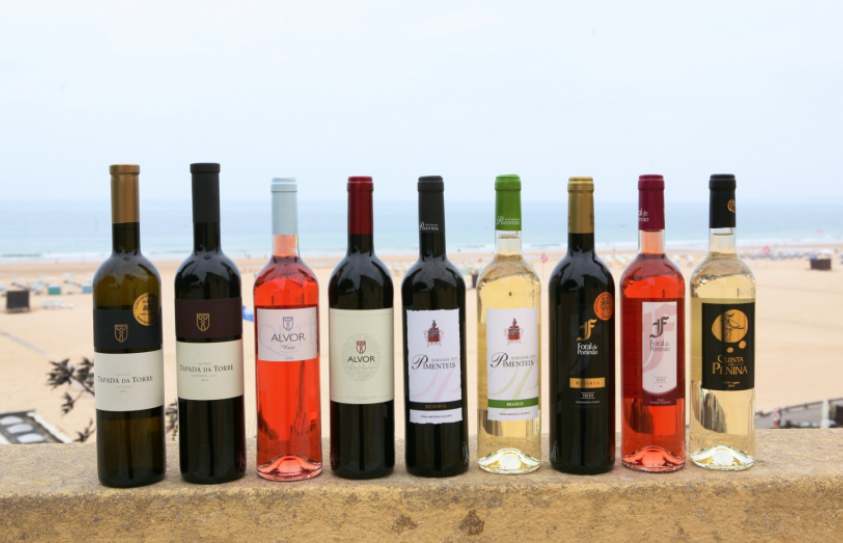 The best wines from Portugal have an appointment in Albufeira every May during the Great Wine Exhibition, with the aim of appreciating and promoting the quality of the best wines produced in Portugal. More than 110 producers from the most varied national wine regions offer an event that wine lovers should not miss. 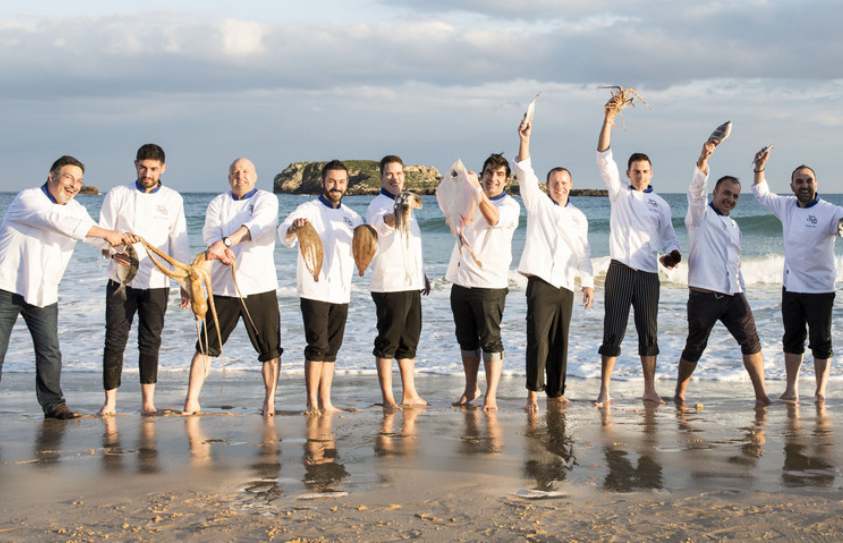 This initiative challenges every year some of the most respected Chefs of the Algarve to present their creations and gastronomic inspirations according to a common theme during one single week. Every signature menu is inspired by the region's ingredients and can be tasted in the finest restaurants of the Algarve. It's usually held between May and June. 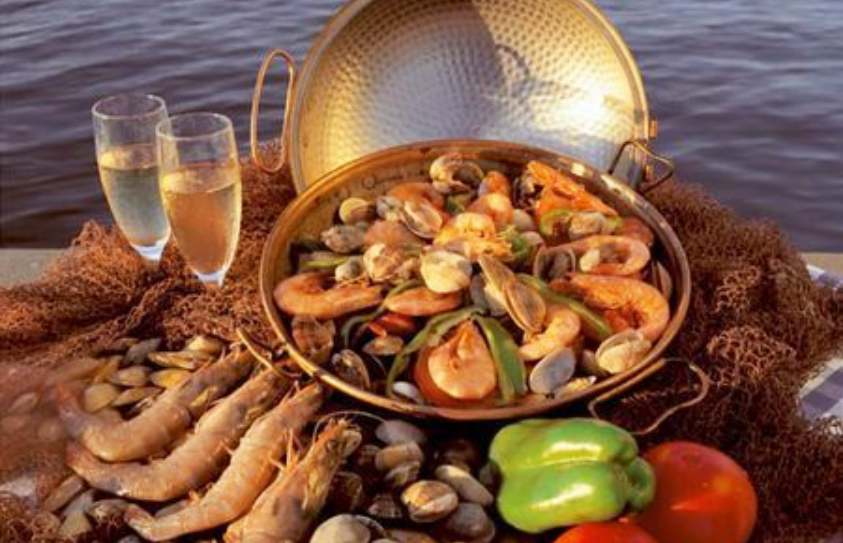 This festival, which is held in June, promotes various types of cataplanas, in restaurants of various levels, for all types of customers. As one of the most typical dishes of the Algarve, the Cataplana is the main dish of Almancil's restaurants throughout the month, a city known for boasting some of the best restaurants in Europe. 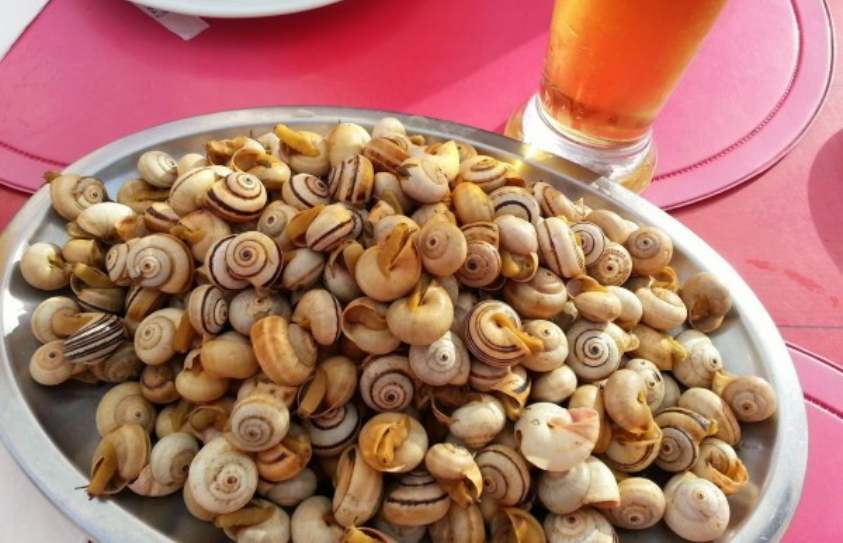 Snails, beer, traditional desserts and popular music are the ingredients of the annual Castro Marim's International Snail Festival. This contest has the best aromas and flavors of traditional snails, with the help of great Portuguese chefs and also with recipes from Spain, France and Morocco. It is usually held in July. 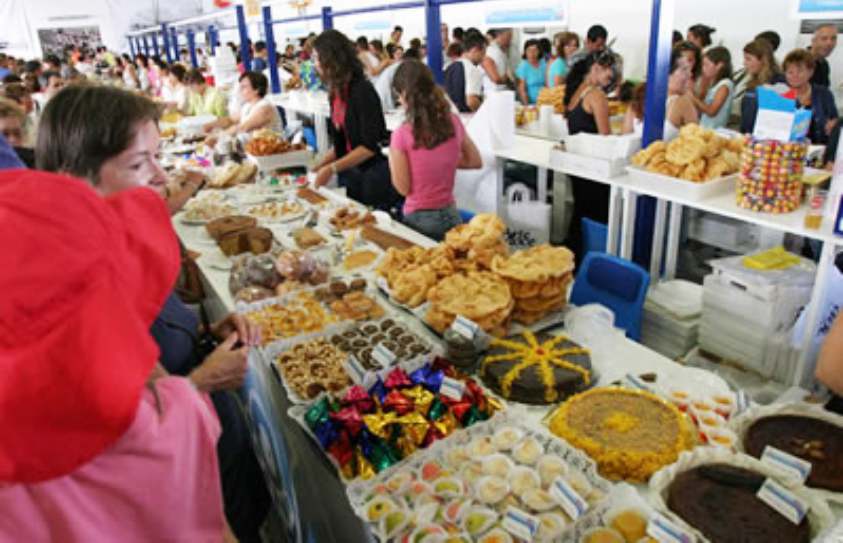 During the last week of July, Lagos becomes the artistic capital of the typical sweets of the Algarve with the fair Arte Doce. This event promotes the traditional desserts, made mainly with honey, almond and figs, and organizes a competition to reward the most original treat. The gastronomic fair is accompanied by several musical performances. 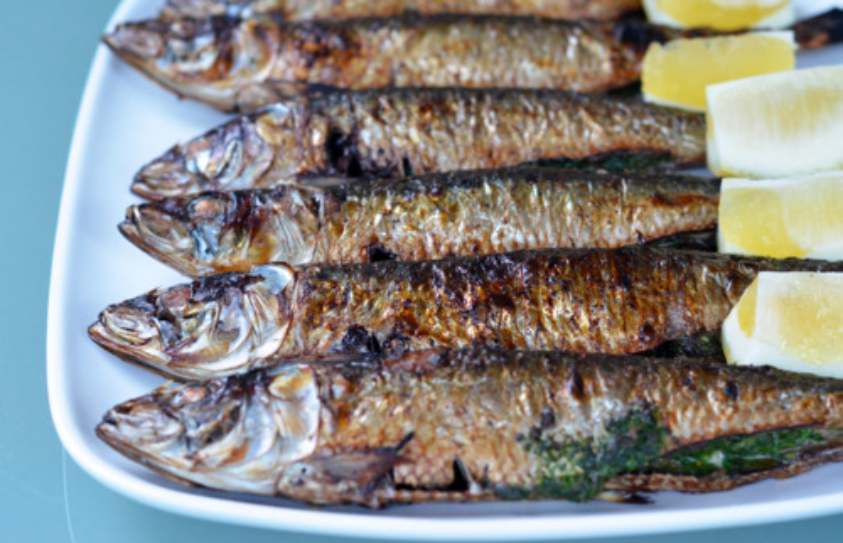 Portimão’s hugely popular Sardine Festival is held during August, and features many street food stalls, the collaboration of several top restaurants, and a musical accompaniment to the level. Sardines, tightly linked to Algarve culture, are thoroughly celebrated in one of the most important port cities of the region. 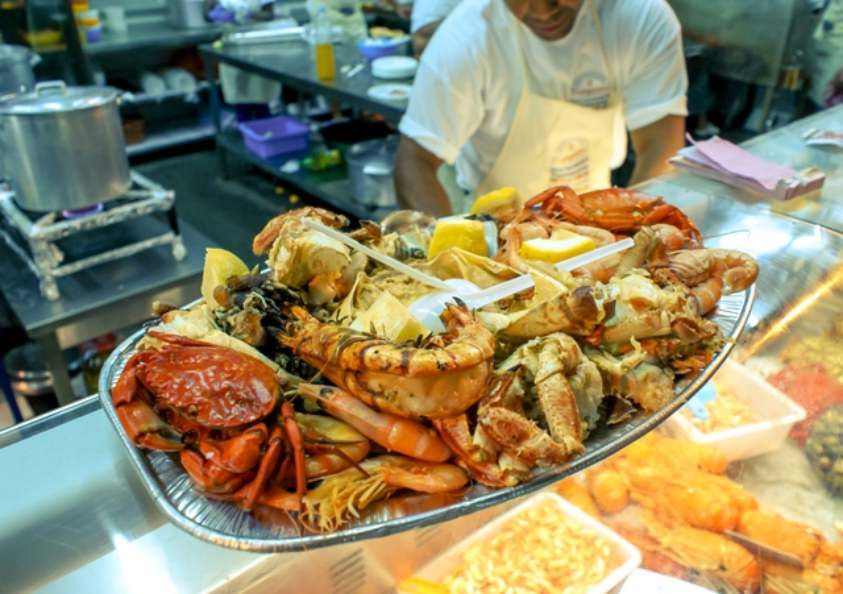 This annual event, which takes place each August in the Algarve's largest fishing port, is the biggest and most impressive fish festival in the region. It features numerous stalls offering a wide variety of fish and shellfish, cooked in a variety of ways. There's plenty of musical and street entertainment on the agenda too.

The first weekend of September is fully dedicated to the Fishermen Festival, which reflects the spirit of a land that was once a fishing village. During this event, visitors can enjoy the most typical dishes linked to the sea, such as "carapau alimentado ao marisco" (atlantic mackerel with seafood) or "xerém com conquilhas" (a soup with shellfish). 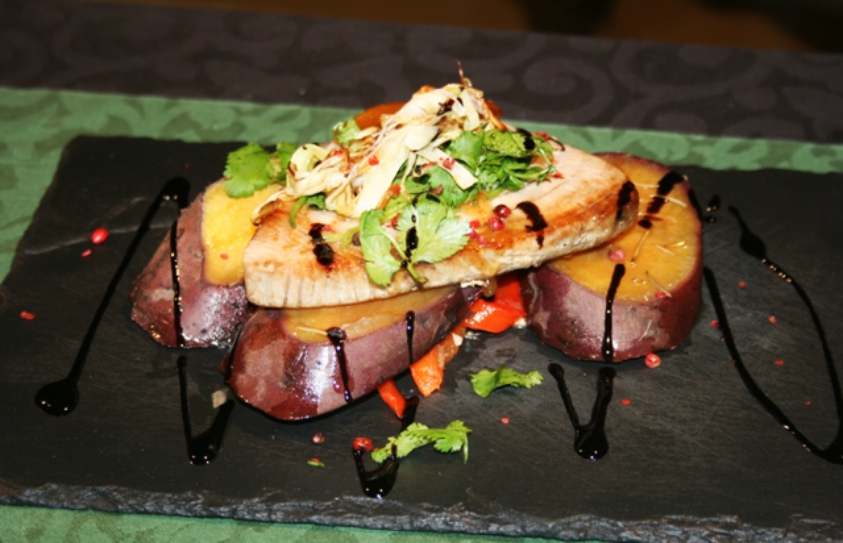 This annual festival, held in November, pays tribute to the sweet potato as a part of Aljezur's cultural and gastronomic tradition. In fact, the “Aljezur batata-doce” is officially recognised as a product with a protected designation of origin. Boiled, baked or grilled, visitors to the festival will certainly find a sweet potato dish to their liking.

Back to Algarve Concierge