Driving Along Spanish Border From Salamanca to Braganca

After visiting the golden city of Salamanca, we continued our road trip along the Spanish border. We passed through the Arribes del Duero Natural Park and visited small towns like Aldeadávila de la Ribera and Zamora.

We got back to Portugal through the village of Rio de Onor and relished the views from the top of the Montesinho Park, before reaching the centre of Bragança.

Below is an itinerary of our one-day road trip along the north of Spain and Portugal, including places to eat, in case you want to follow our footsteps. 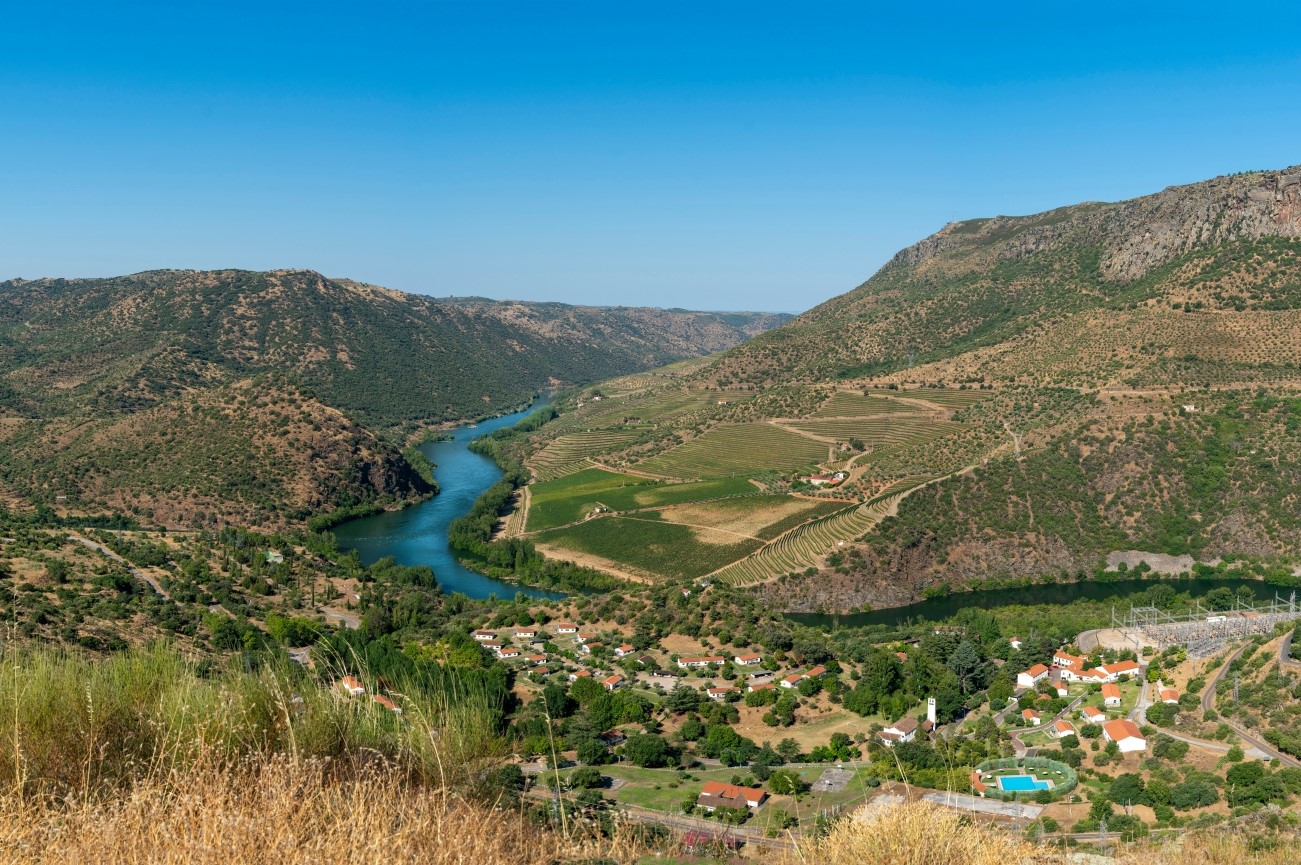 We left Salamanca early morning and headed west towards the Arribes del Duero park. Stretching for over 100 hectares, it forms the northern border between Spain and Portugal, with the Douro river flowing in the middle. High mountains, granite outcrops, and waterfalls make up the landscape of this vast natural park. If you visit early in the year, it’s worth stopping by ​Pozo de los Humos​, a beautiful waterfall that connects to the Uces river. 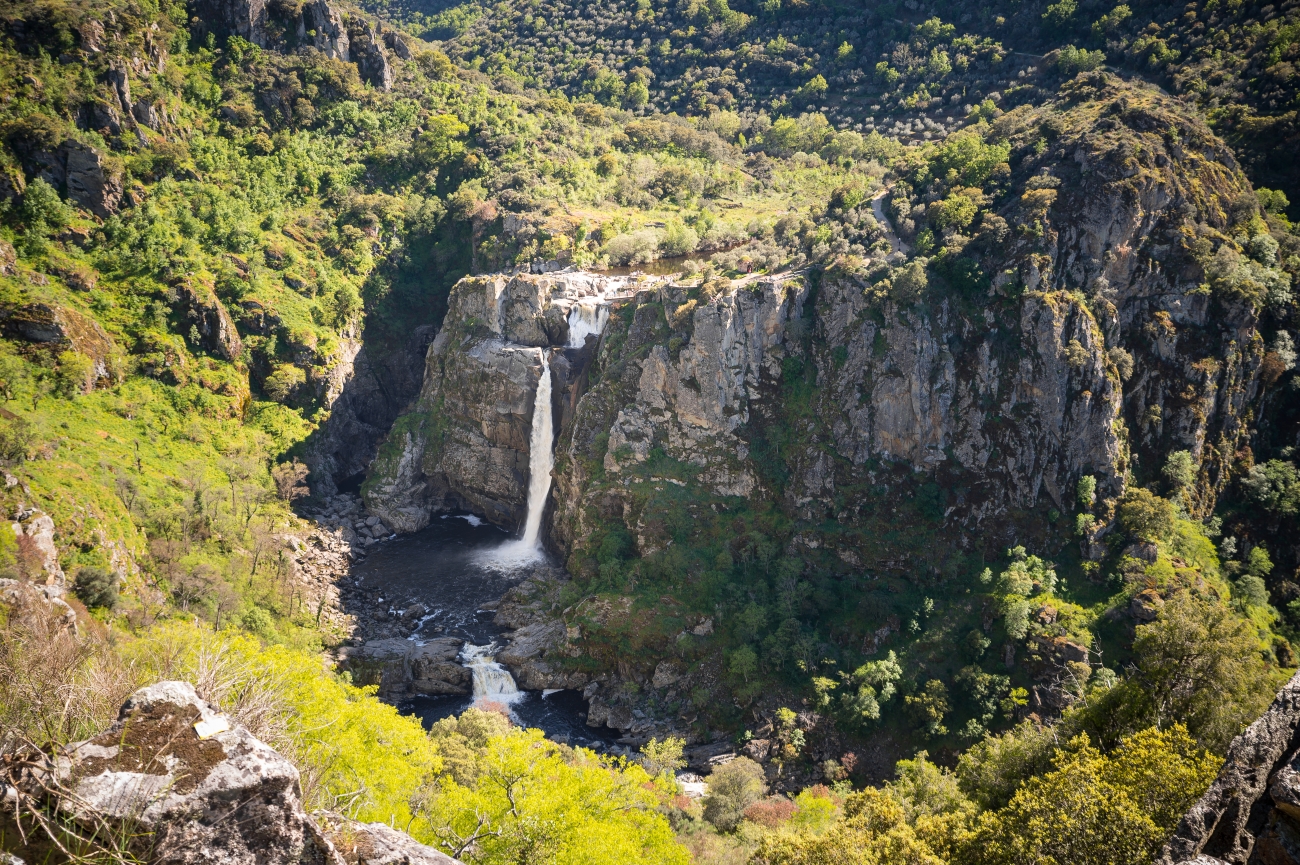 Arribes del Duero is also a wine region, and you’ll find a few wineries dotted around such as ​Bodegas Arribes del Duero​ or ​Bodegas Ribera de Pelazas​. For nature lovers, there are many hiking trails like the ​Senda del Duero, a route that follows the course of the Douro river. 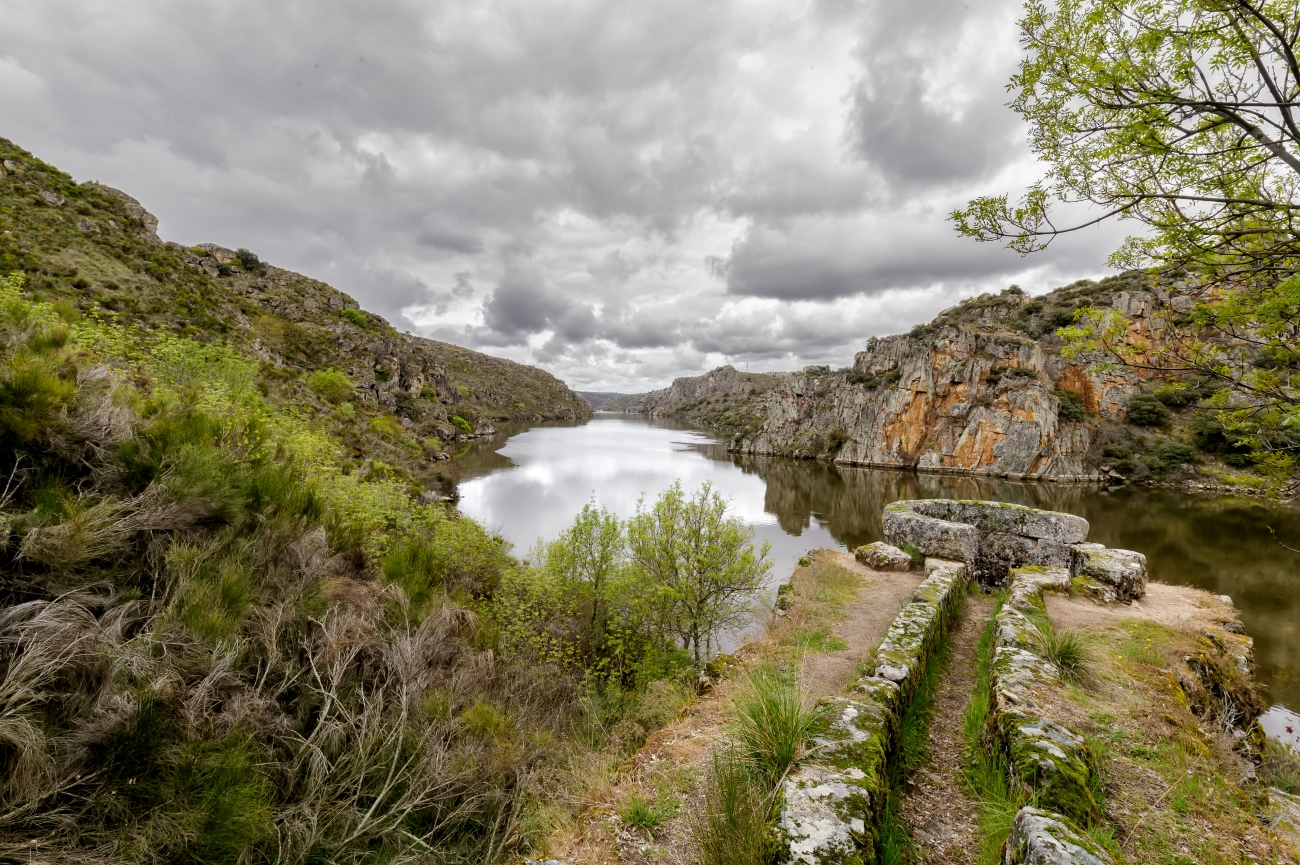 Aldeadávila de la Ribera is a picturesque village located within the Arribes del Duero. Spanish writer Miguel de Unamuno called it the “heart of Arribes”. The village is surrounded by viewpoints from which you can capture the river and the mountains. The best ones are the ​Mirador del Picón de Felipe​ and Mirador del Fraile (Miradouro do Frade). Near this last one is the Llano de la Bodega, a picnic ground with stone benches and tables. 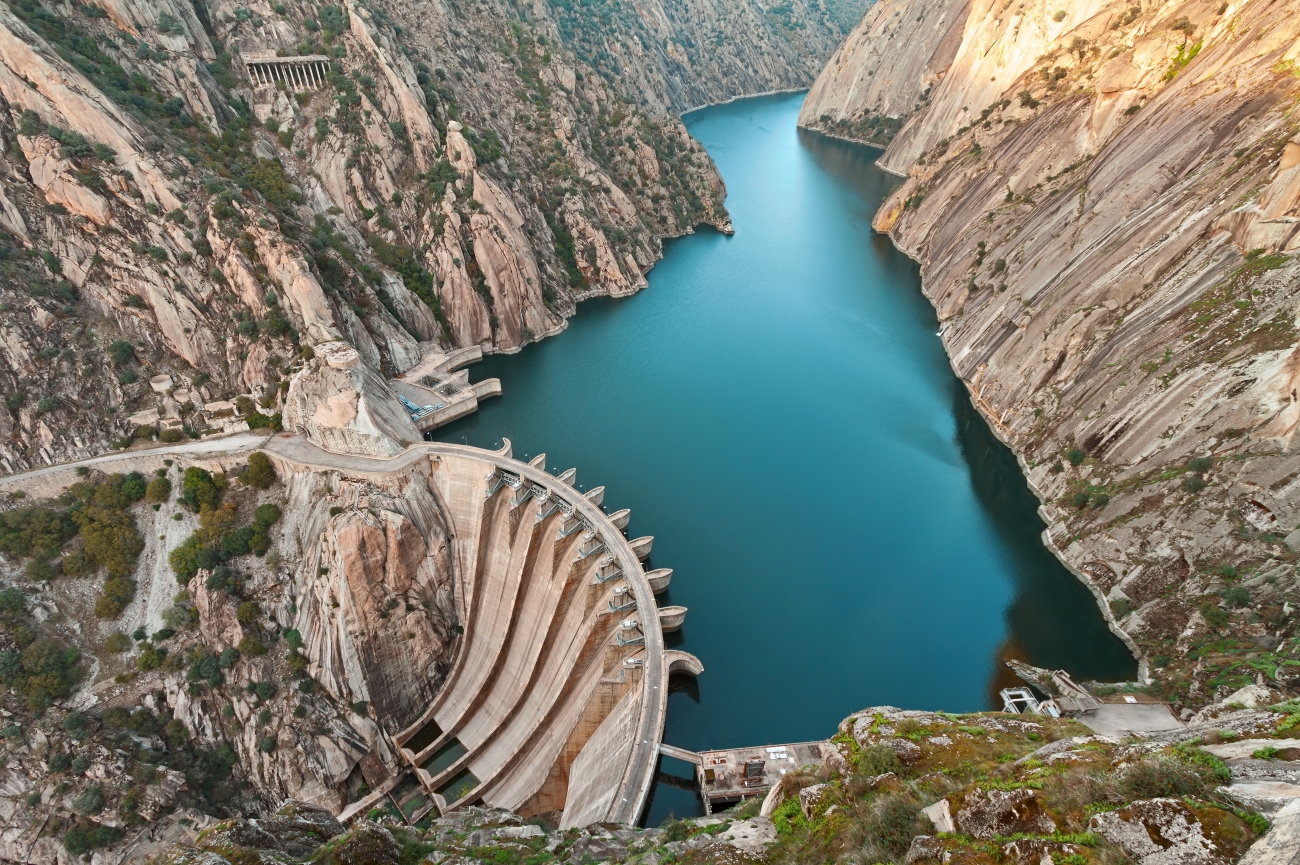 Within the town, there are other interesting attractions such as the ​Iglesia de San Salvador​ and the Monumento al Cabrero​, a monument dedicated to the local shepherds. 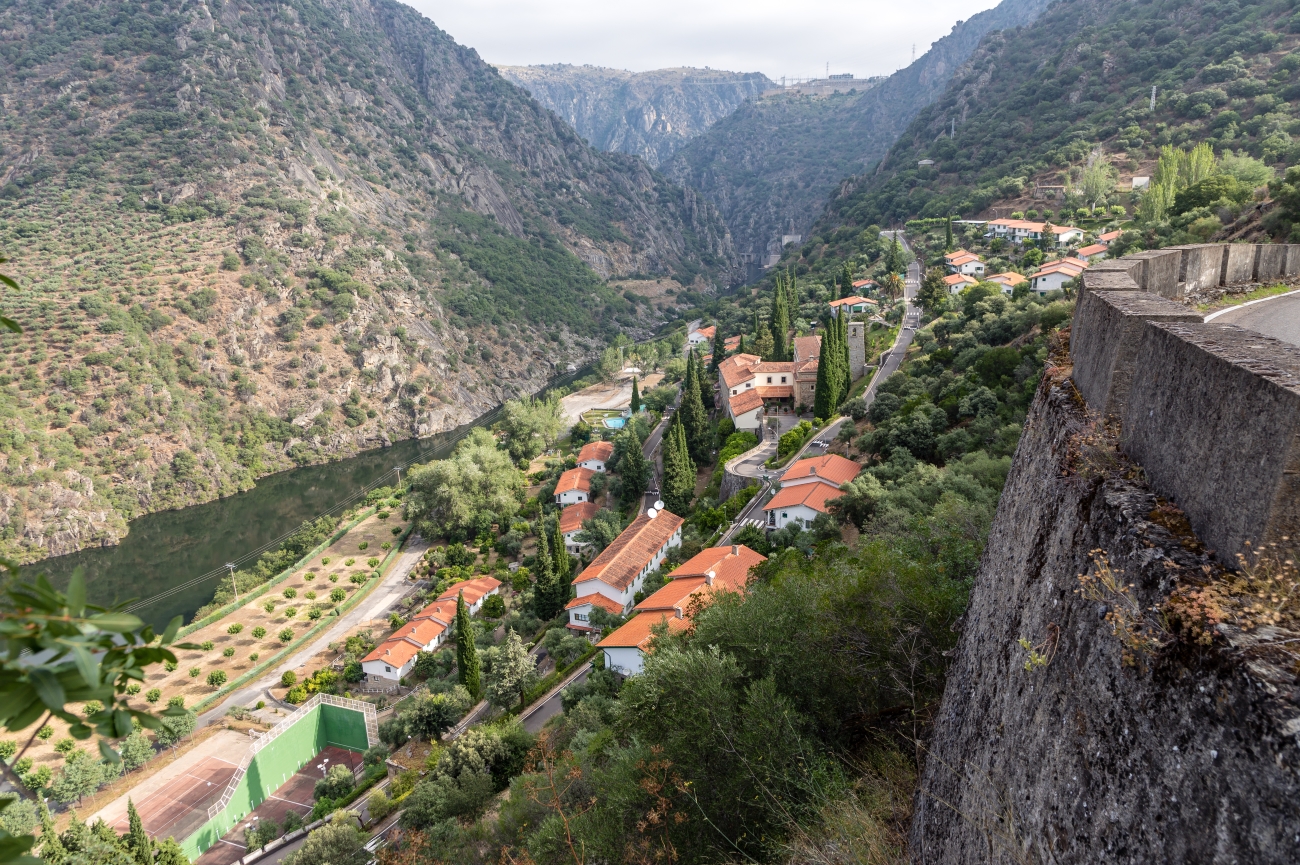 If you’re coming in the summer, you should also stop by ​Playa del Rostro​, a small river beach where you can go for a swim, rent a kayak or join a boat tour. 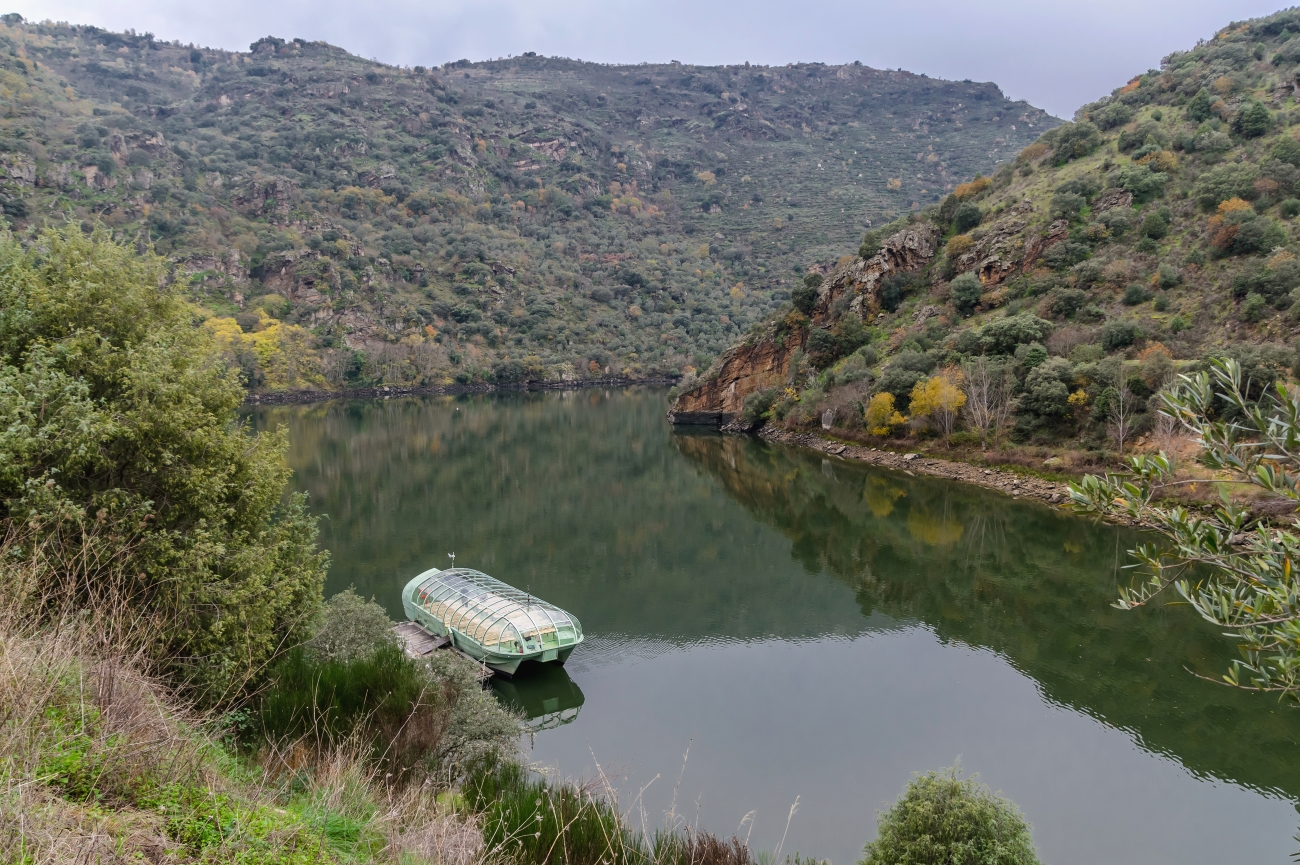 Explore the town of Zamora

From Aldeadávila de la Ribera we drove to the town of Zamora. Set along the banks of the Douro river, it has a charming historic centre surrounded by medieval stone buildings. There are more than 20 Romanesque churches in Zamora, which is more than any other Spanish city. We began our tour at the Santa María Magdalena de Zamora​. Established in the 12th century, it's one of the most beautiful churches in the area, featuring a doorway adorned with floral motifs. 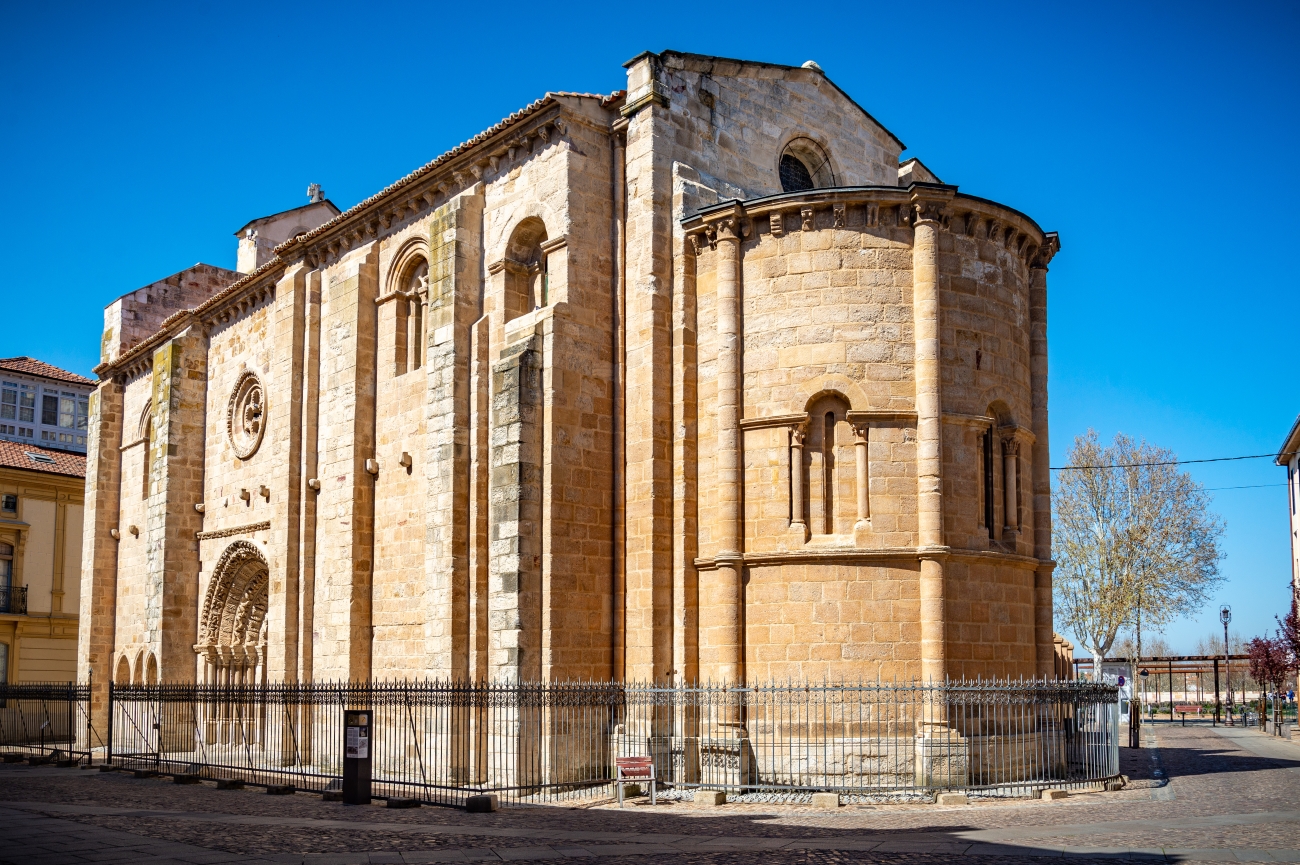 From the church, walk towards the ​Puente de Piedra​, a pedestrian bridge that dates back to the 13th century. 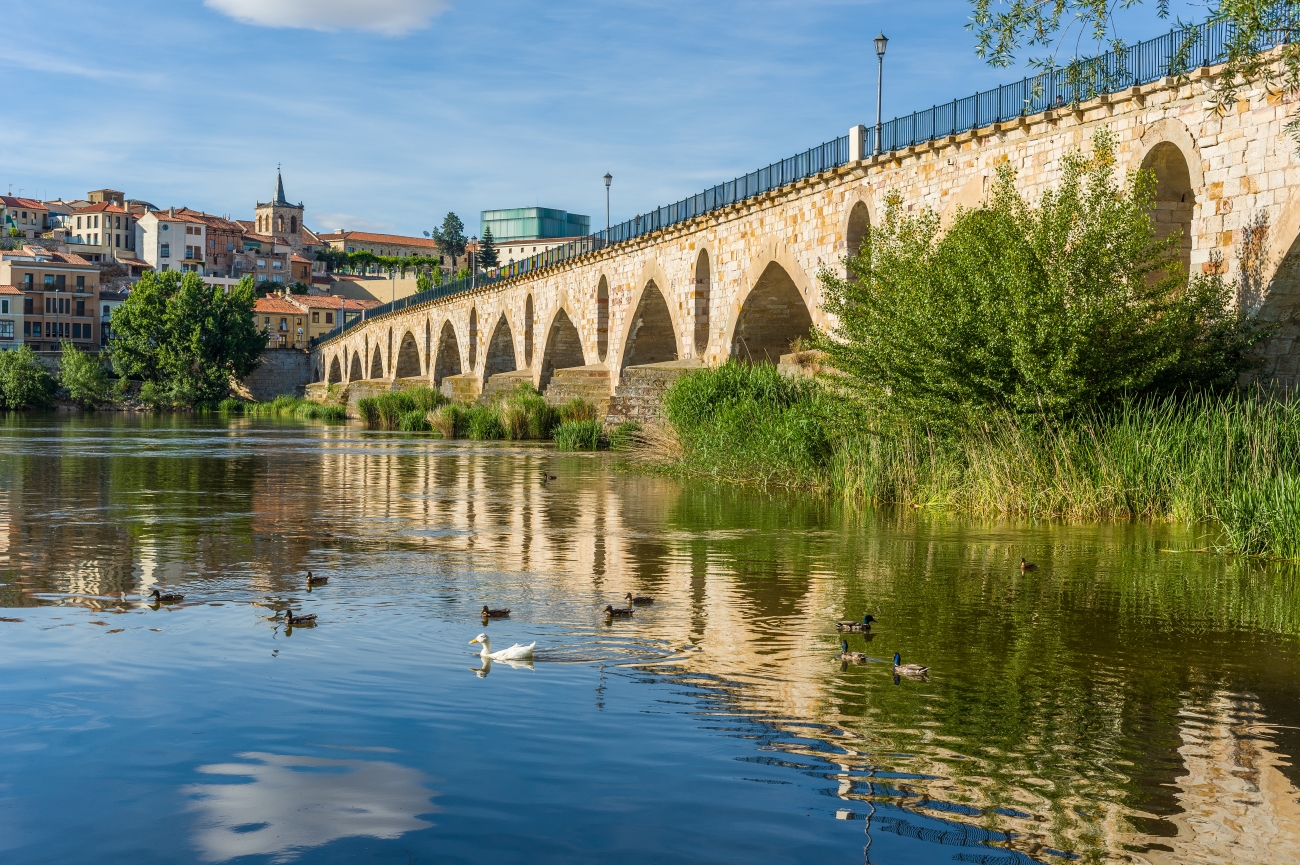 A few steps away is the ​Mirador del Troncoso​, a viewpoint which offers splendid views of the river and the bridge. 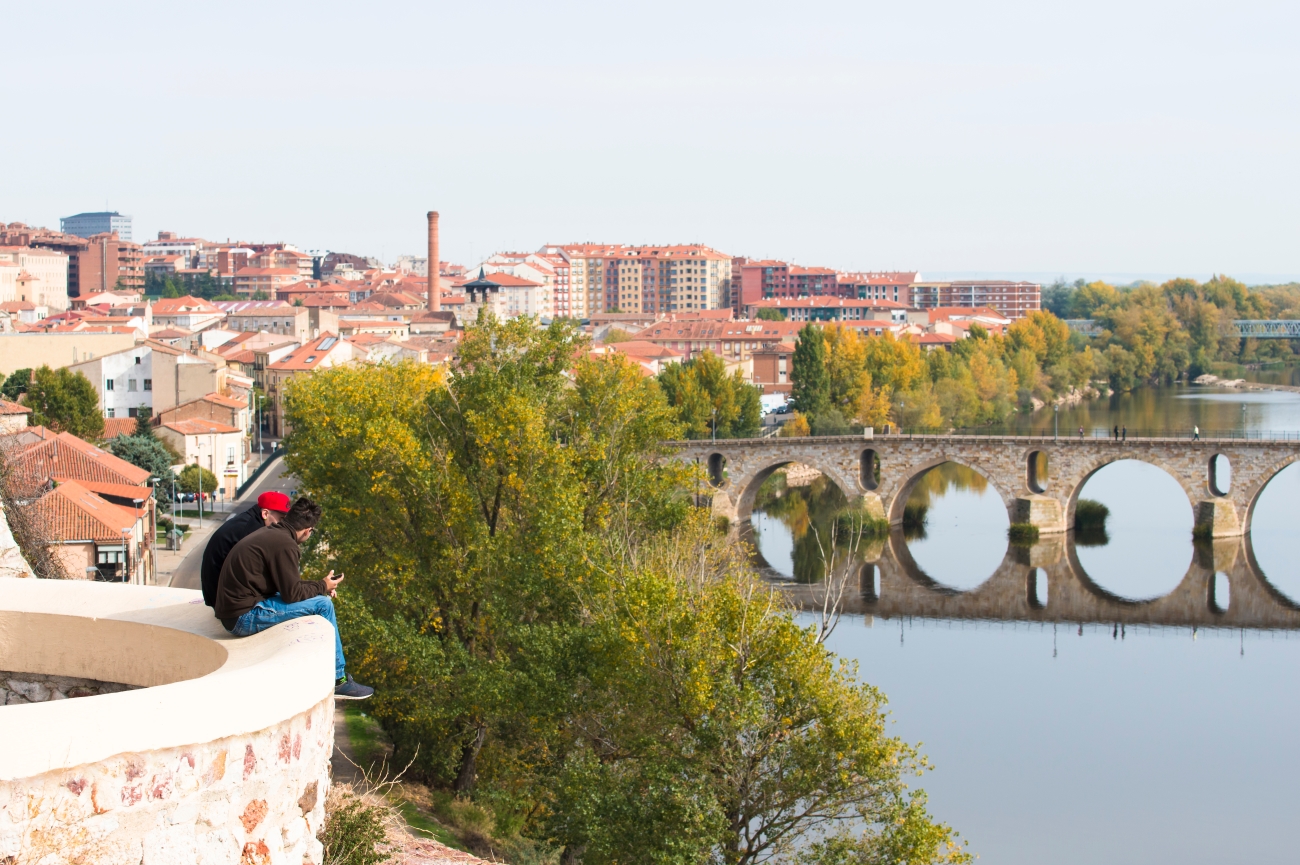 On the way to the castle, you can’t help but notice the ​cathedral, ​with its imposing dome rising above the city’s rooftops. 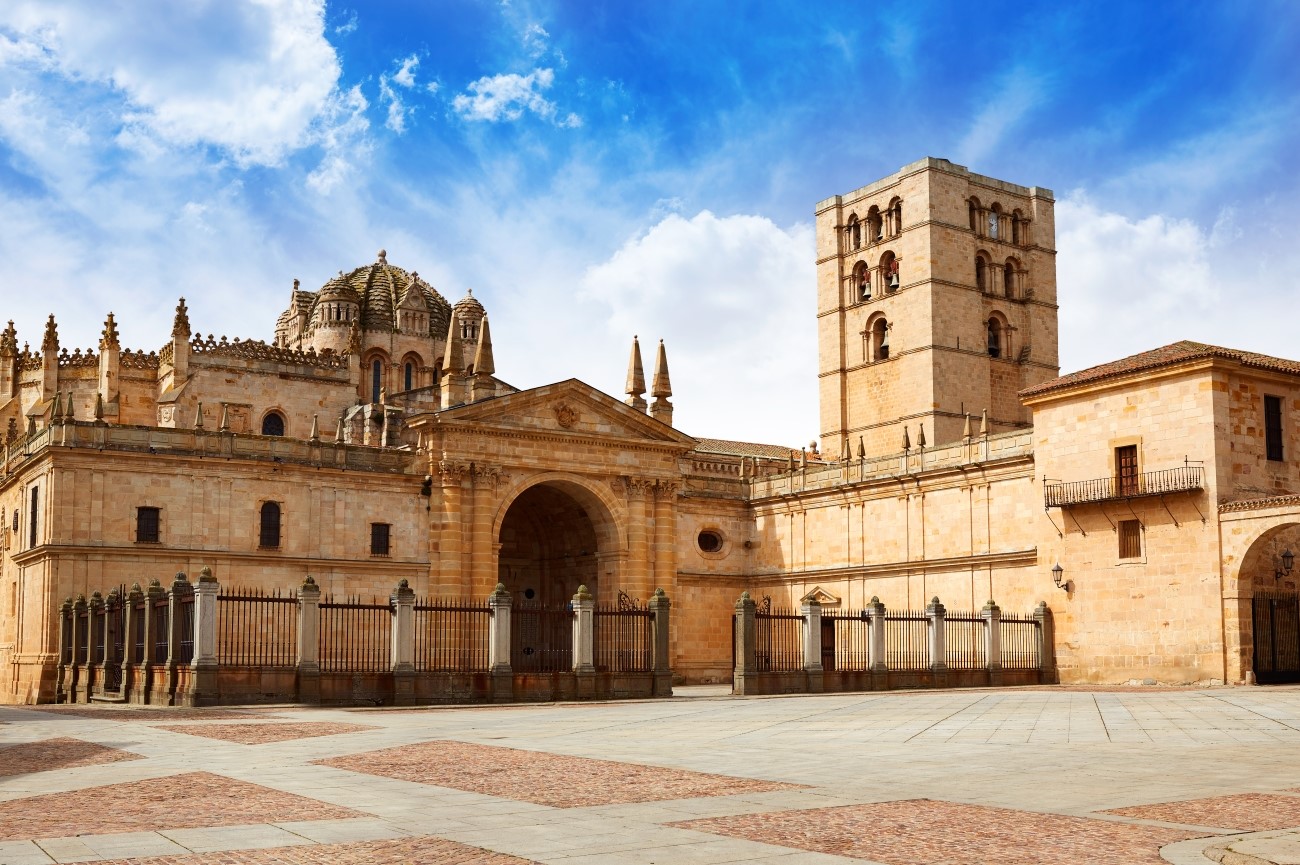 Zamora Cathedral in Zamora, in Castile and León, Spain

Inside is the Museo Catedralicio (the Cathedral Museum), which contains an impressive collection of Flemish tapestries. 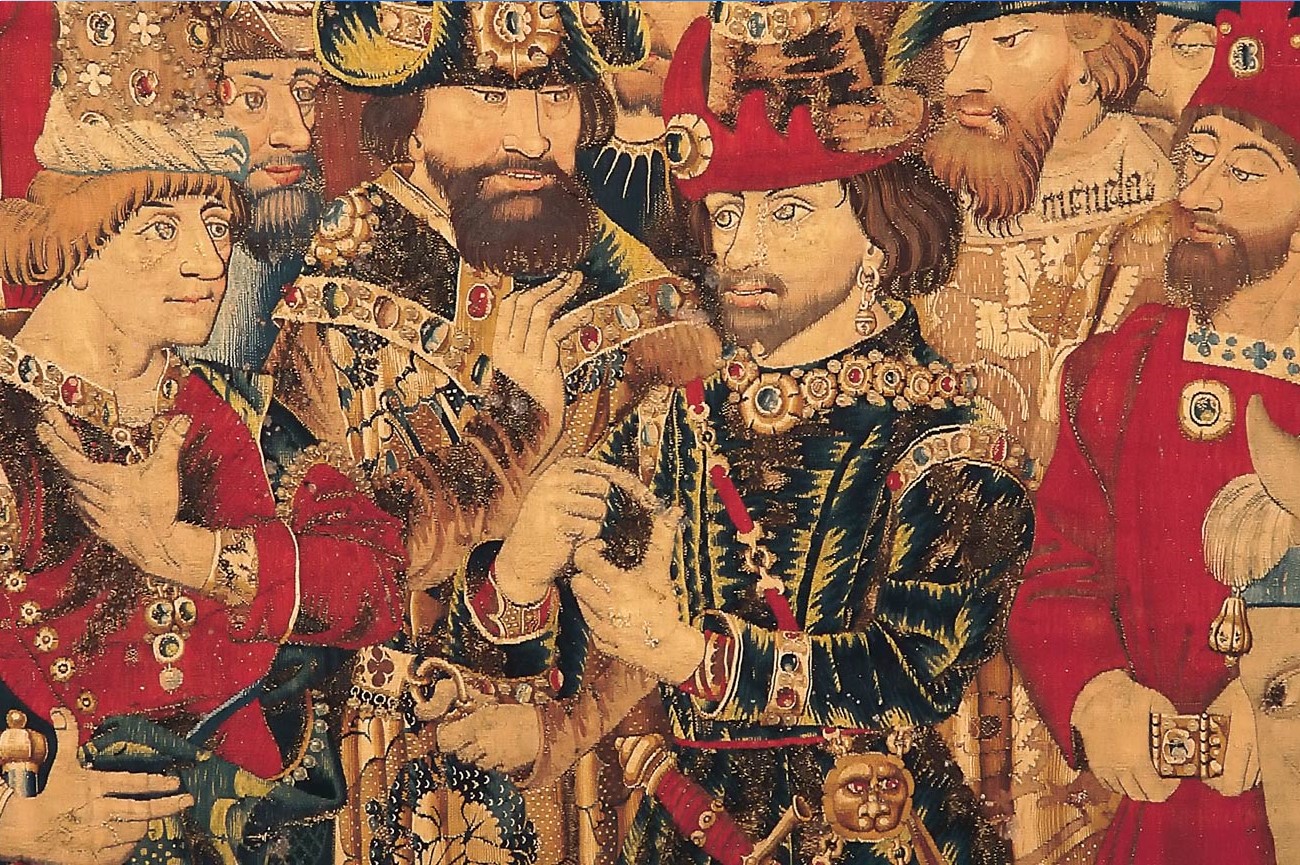 The collection of Flemish tapestries, dating from the 15th and 16th centuries is the most important item in the Cathedral Museum in Zamora, Spain

Finally, climb up to the ​Castle of Zamora​ and walk along the ramparts for a panoramic view of the city. 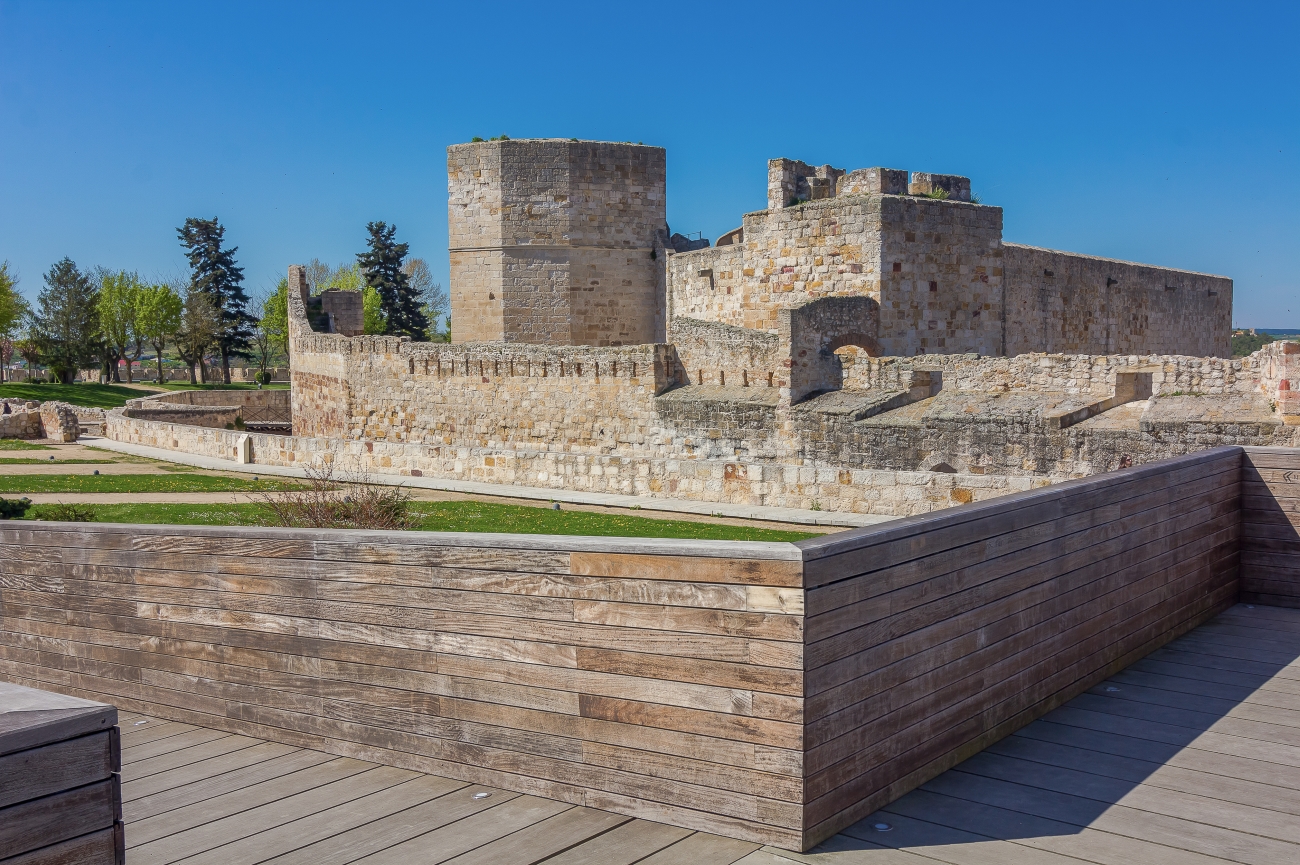 While in Zamora, you can grab lunch at ​El Mesón del Zorro​. Located near the train station, this restaurant specialises in meat dishes. It’s famous for its ​Cocido, a traditional Spanish stew made with chickpeas, meat and vegetables. If you want to stay near the centre, you can try the innovative tapas at La Sal​. 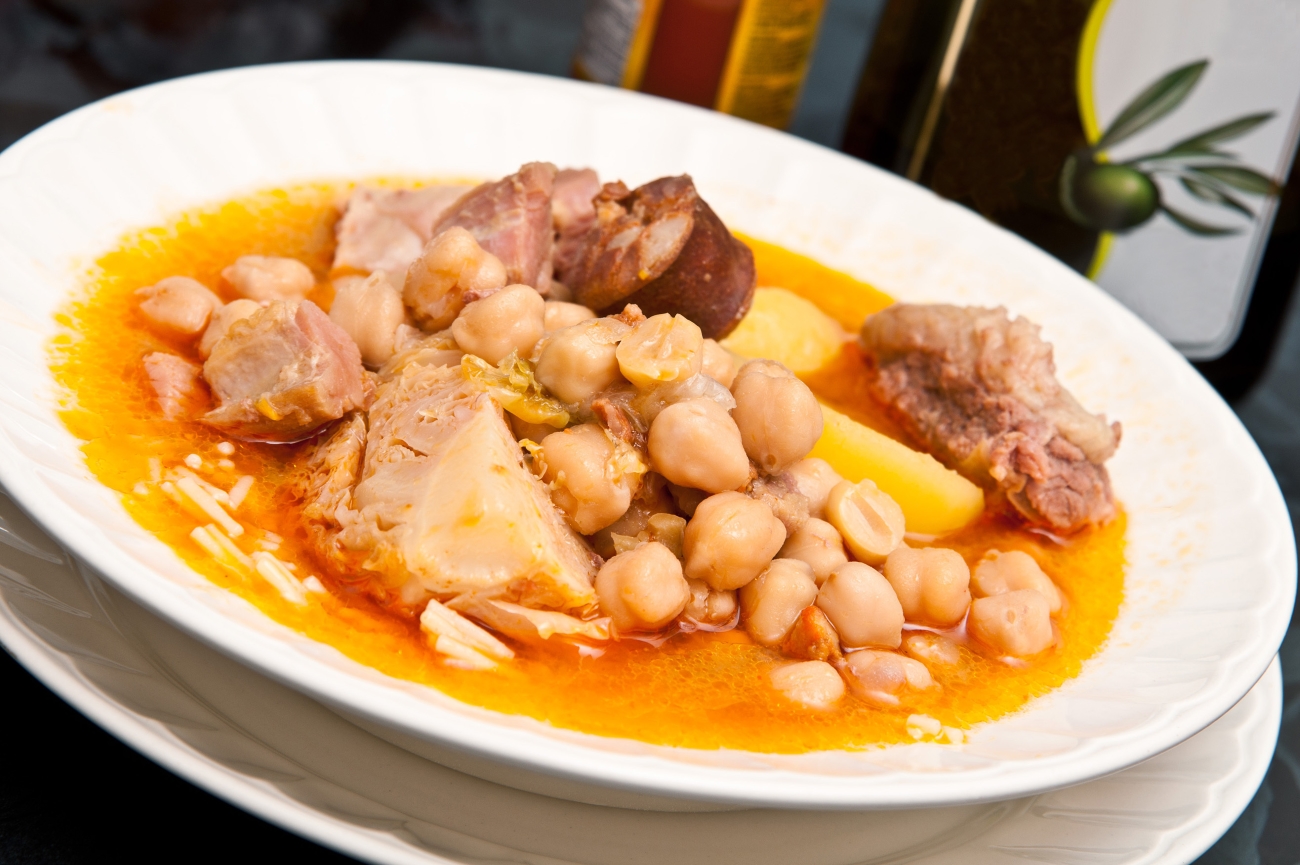 Cocido, a traditional Spanish stew made with chickpeas, meat and vegetables, Zamora, Spain

In the afternoon, we continued on the road towards Portugal, entering through Rio de Onor. With little over 70 residents, this tiny village is split into two by the border between Portugal and Spain. Schist cottages line both ends of the river and sheep wander freely through the green fields. On the streets and at the cafés, you’ll hear a mix of Portuguese and Spanish, a local dialect known as ​Rionorês. 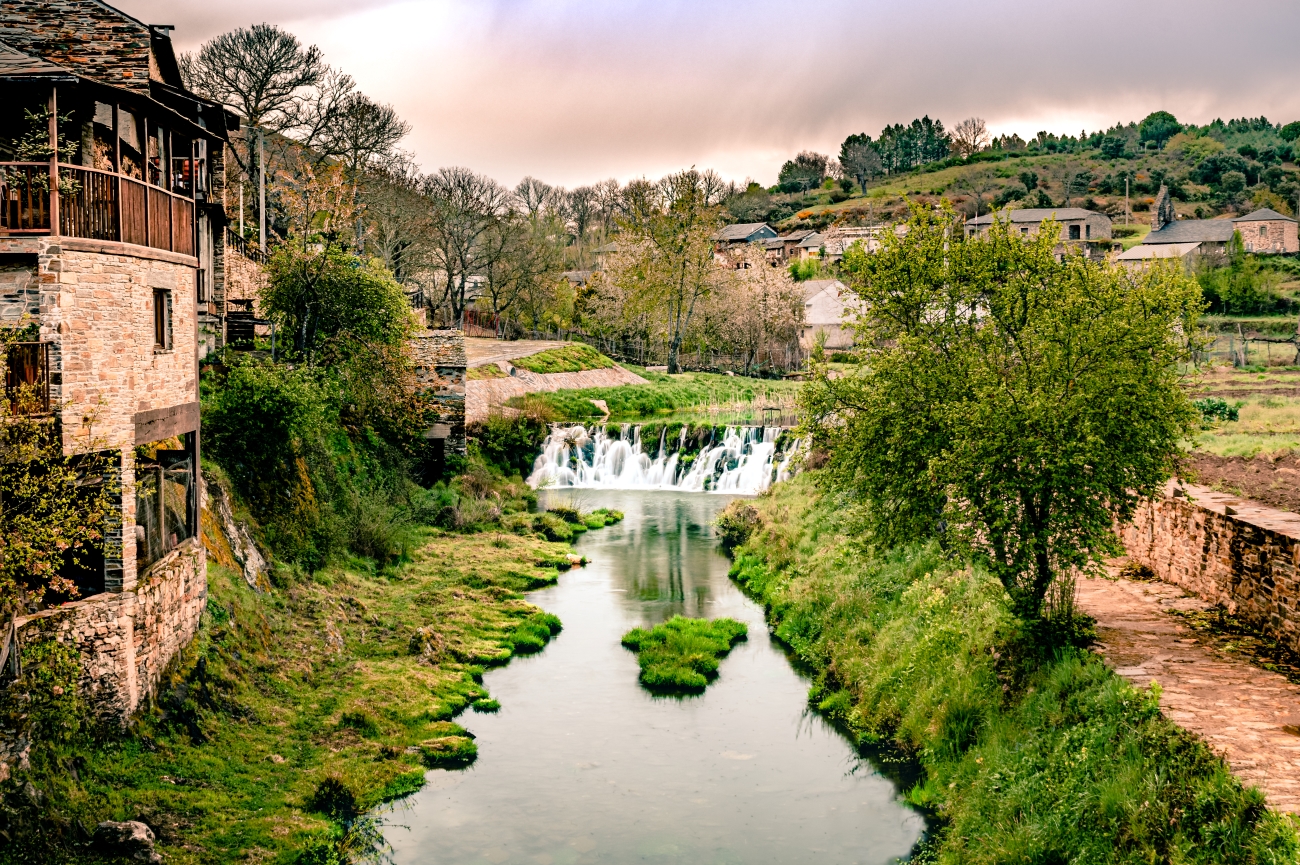 Rio de Onor is one of the many villages located within the Montesinho Natural Park. After visiting the village, it’s worth taking some time to explore this protected landscape with over 70,000 hectares. Chestnut trees and oakwoods cover its hills, which are home to a variety of species, including the Iberian wolf, wild boar and roe deer. 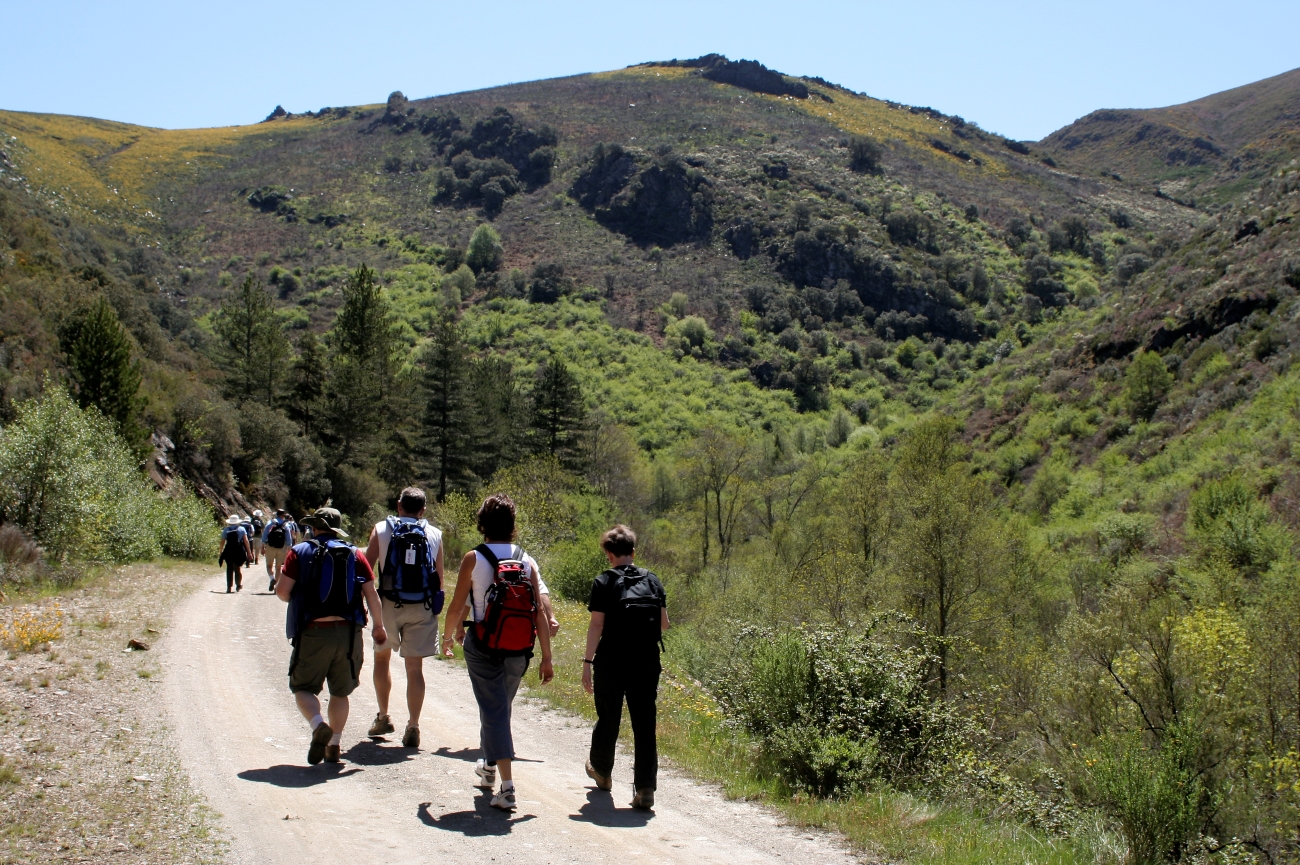 It’s an ideal place for cycling and hiking, as well as swimming, as there are a few river beaches like the Praia Fluvial de Fresulfe. If you're travelling with kids, you should stop by the Parque Biológico de Vinhais, where it’s possible to interact with some animals or even spend the night in one of their pods. 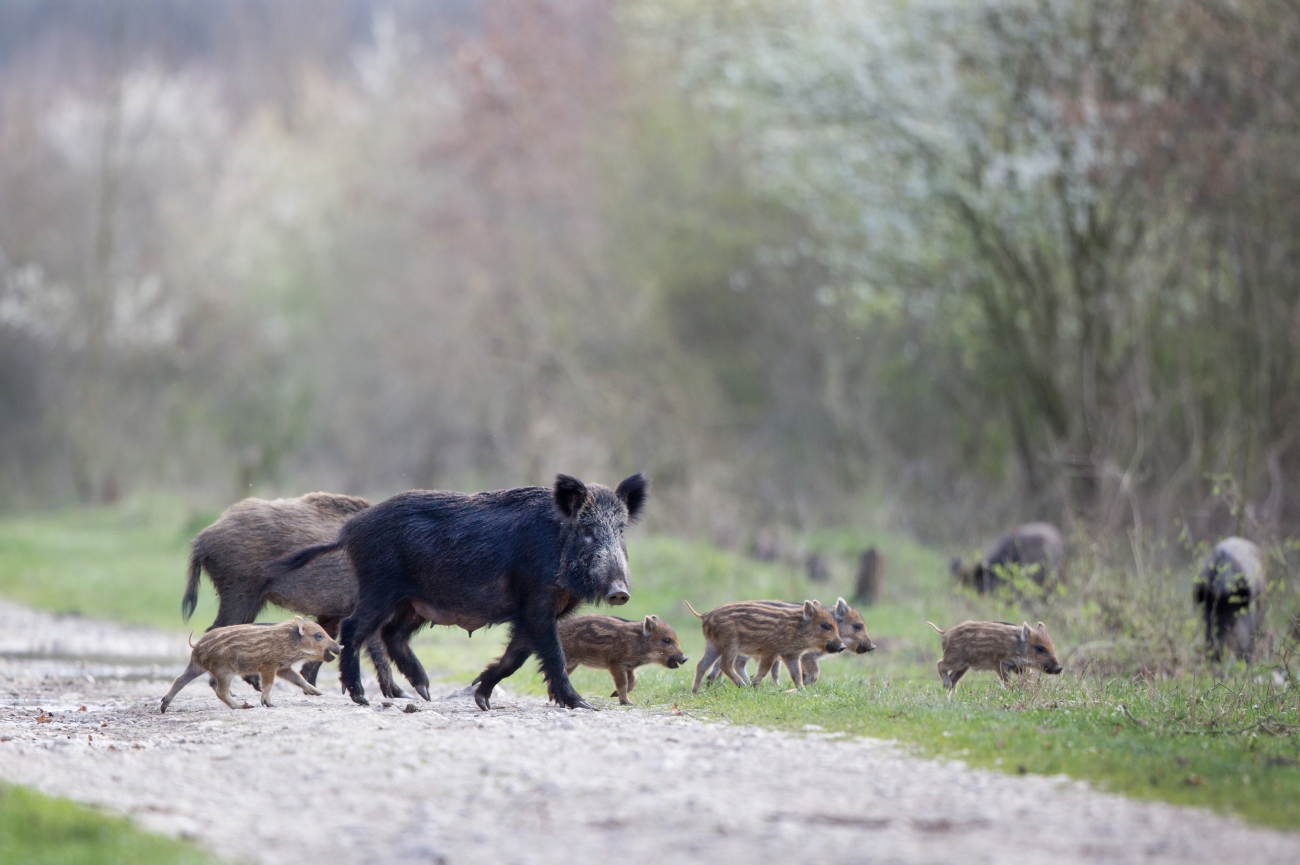 For dinner, you can head to the village of Varge and enjoy a meal at O Careto. Housed in a traditional stone house with schist walls and a wood-burning oven, this restaurant serves delicious homemade meals. Specialities include the ​Bacalhau Assado ​ (roasted cod) and the ​Posta Mirandesa​, a thick meat cut typical from this region. 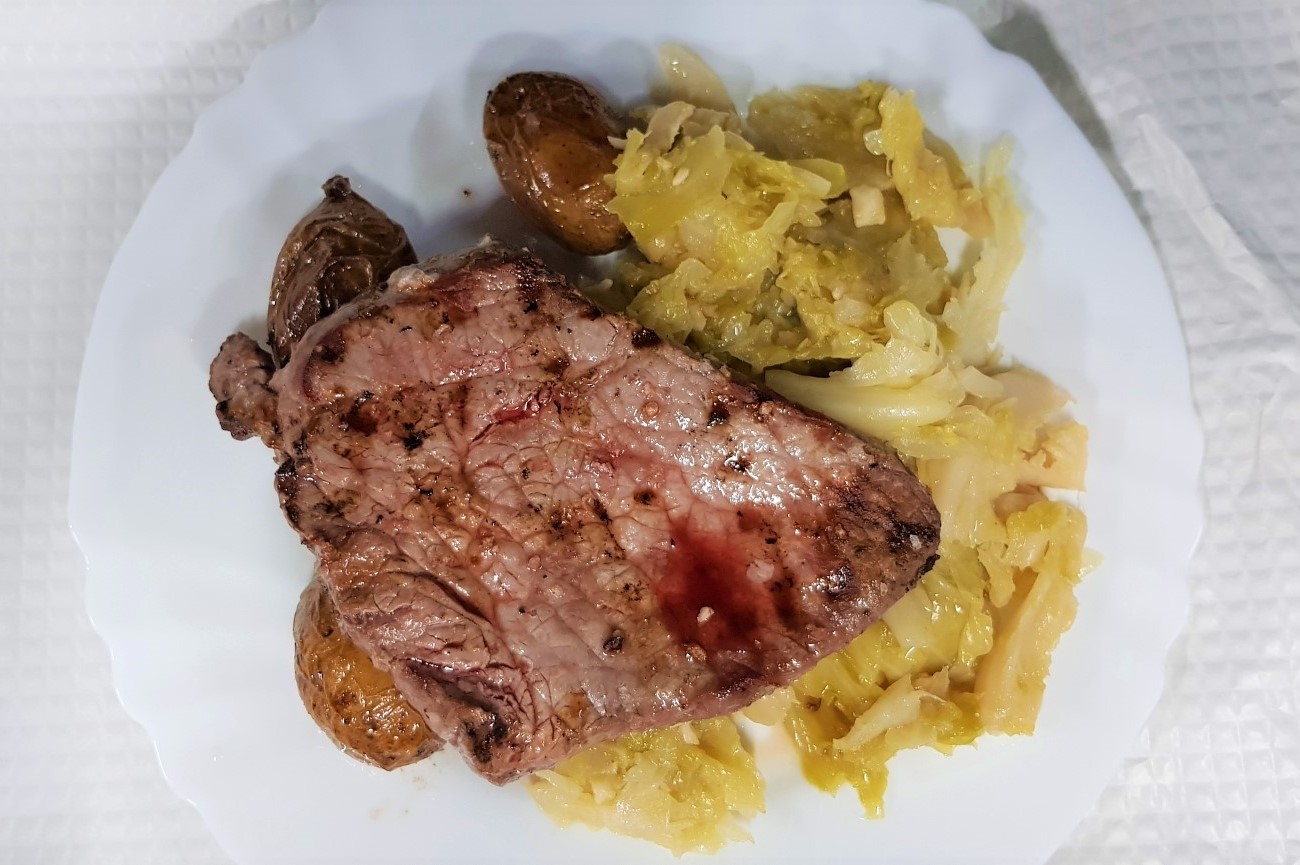 The "Posta Mirandesa" is a typical dish from Miranda do Douro, Portugal

A night in Bragança

We ended the day in Bragança, the capital of the region of Trás-os-Montes. As we approached the city, we saw lights reflected upon its medieval fortress and the castle rising above a hill. We took a walk around the historic centre and then headed to the ​Pousada Bragança​ for the night. We settled here for another day, so we had time to explore everything this city has to offer. If you want to follow our footsteps, you can join us on our Bragança tour. 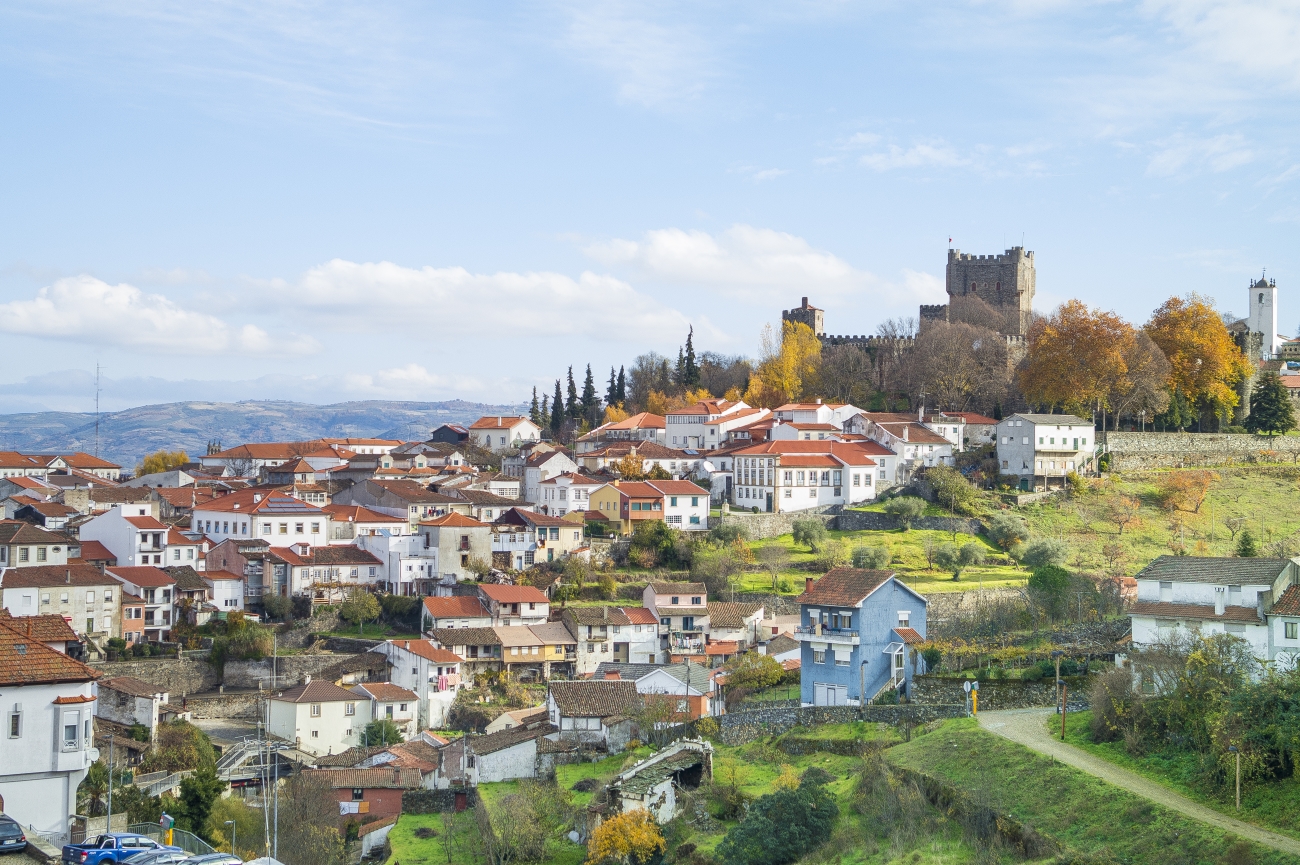 View over a castle, in Braganca, Portugal