Things To Do in Aveiro, Portugal

Aveiro is a city of icons. It’s the chain of canals, the ​moliceiros ​ and the Art Nouveau buildings that make this one of Portugal’s most picturesque regions. 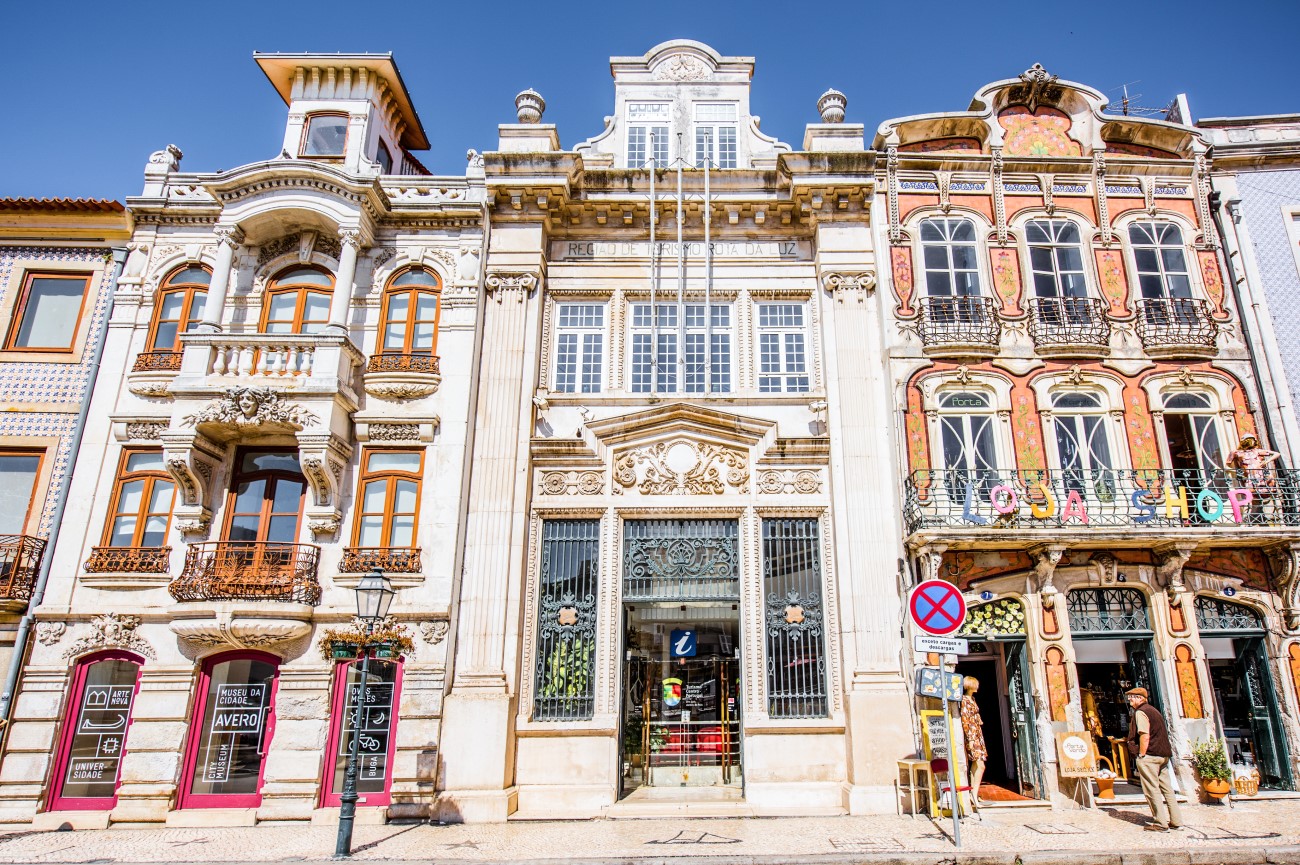 At first sight, the city is like a mini Venice with its colourful boats sailing through canals and under a network of bridges. The ​moliceiro ​ boats were traditionally made for seaweed harvesting, but today they offer canal cruises. 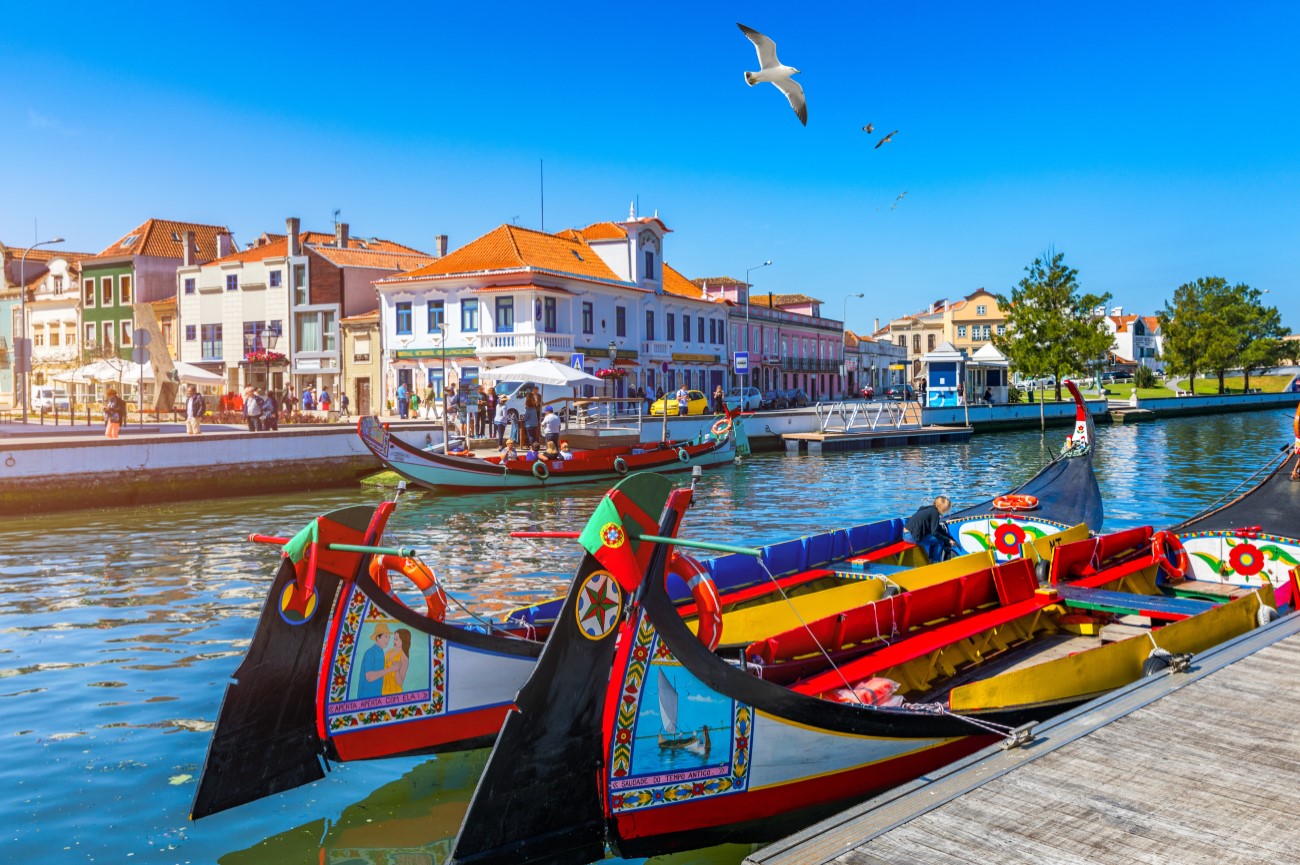 The ocean isn’t far away either, and little towns like Costa Nova attract visitors all year round to its charming striped houses and sandy beaches. Nearby there are nature trails amid dunes and mountains where you can go for a hike or cycle. 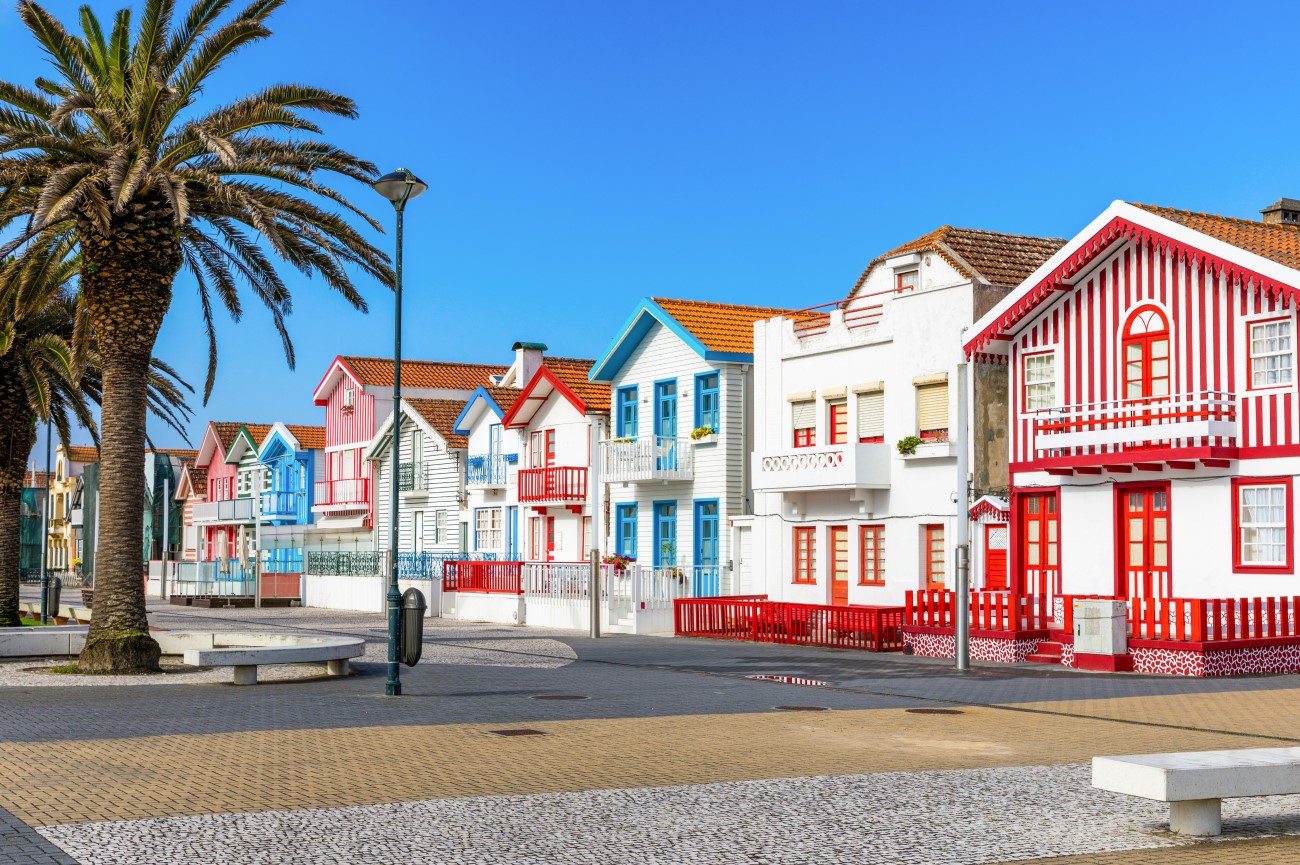 Coming from Porto or Lisbon, Aveiro makes for a great day trip. Below is a list of things to do in Aveiro, including tips on where to eat and where to stay.

Things to Do in Aveiro - Morning

Start your tour of the city with a visit to the Aveiro Museum. Housed in a 15th-century monastery known as Mosteiro de Jesus, it contains a vast collection of religious items, including Renaissance paintings, sculptures and jewellery. Portuguese Princess Joana stayed here during the last years of her life, and you can find her beautifully carved tomb in one of the rooms. The museum also features a chapel decorated with gilded woodwork and tile panels depicting the life of the princess. 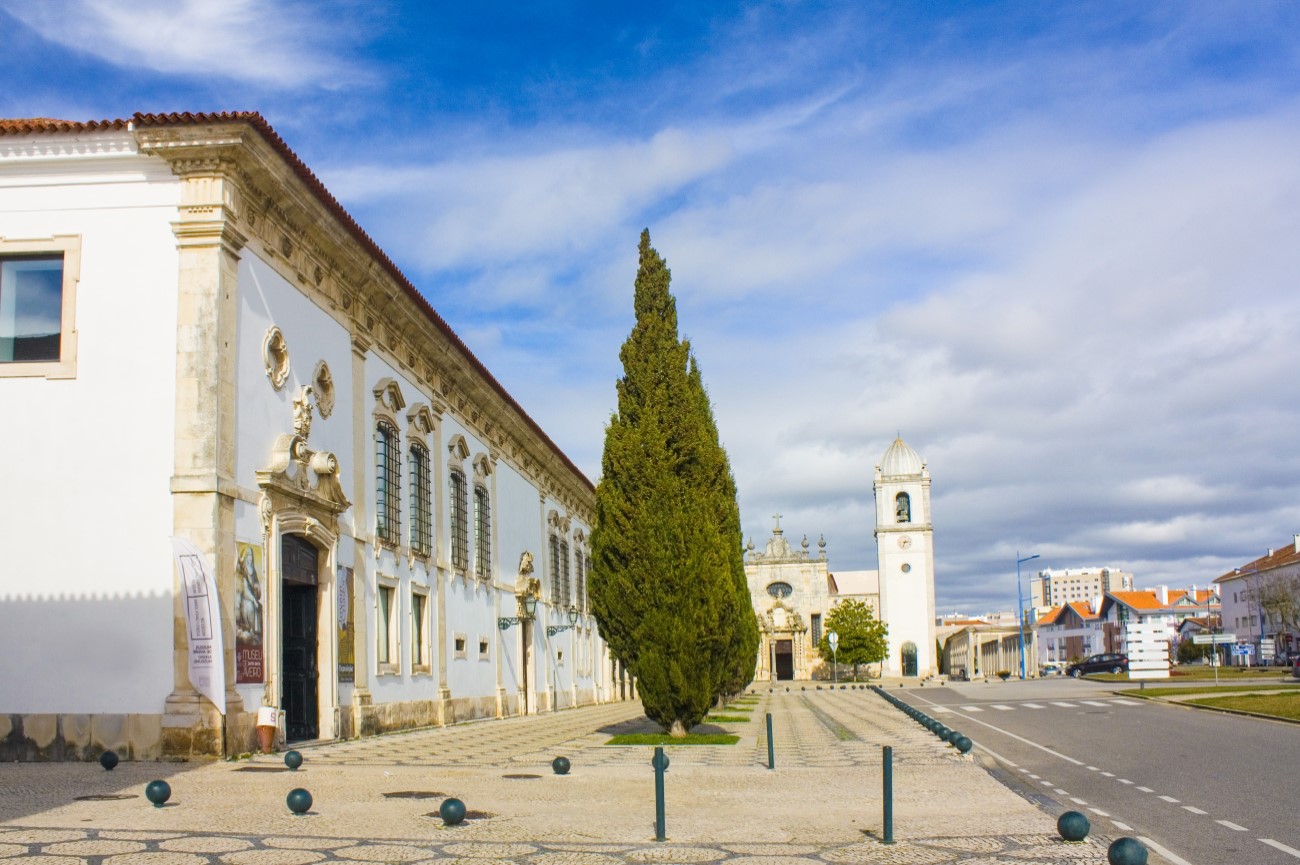 The Museum of Aveiro is housed in the old Convent of Jesus (Mosteiro de Jesus), Aveiro, Portugal 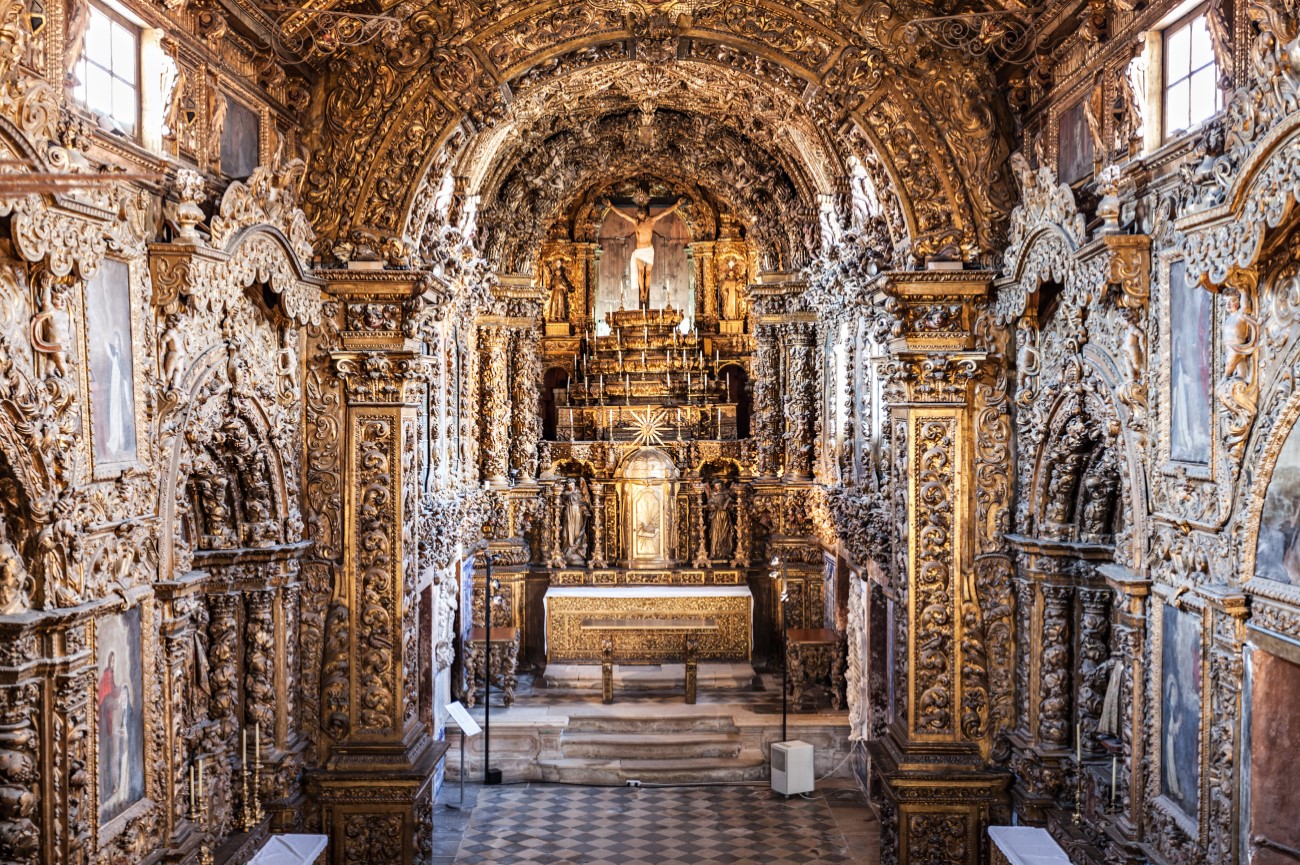 The Monastery of Jesus, Aveiro, Portugal

One of the first things you’ll see when you arrive in Aveiro is the ​moliceiros. These colourful boats are a bit similar to the Italian gondolas and have become an iconic city feature. It’s because of these, and the numerous bridges, that Aveiro is sometimes called the Portuguese Venice. Before it became a tourist attraction, the ​moliceiros ​ were made to harvest seaweed from the lagoon which was used as a fertiliser. When the trade ended, the boats took on a different life and now offer tours of the city. There’s no need to book a trip in advance, you can show up at the dock and hop on a boat straight away. 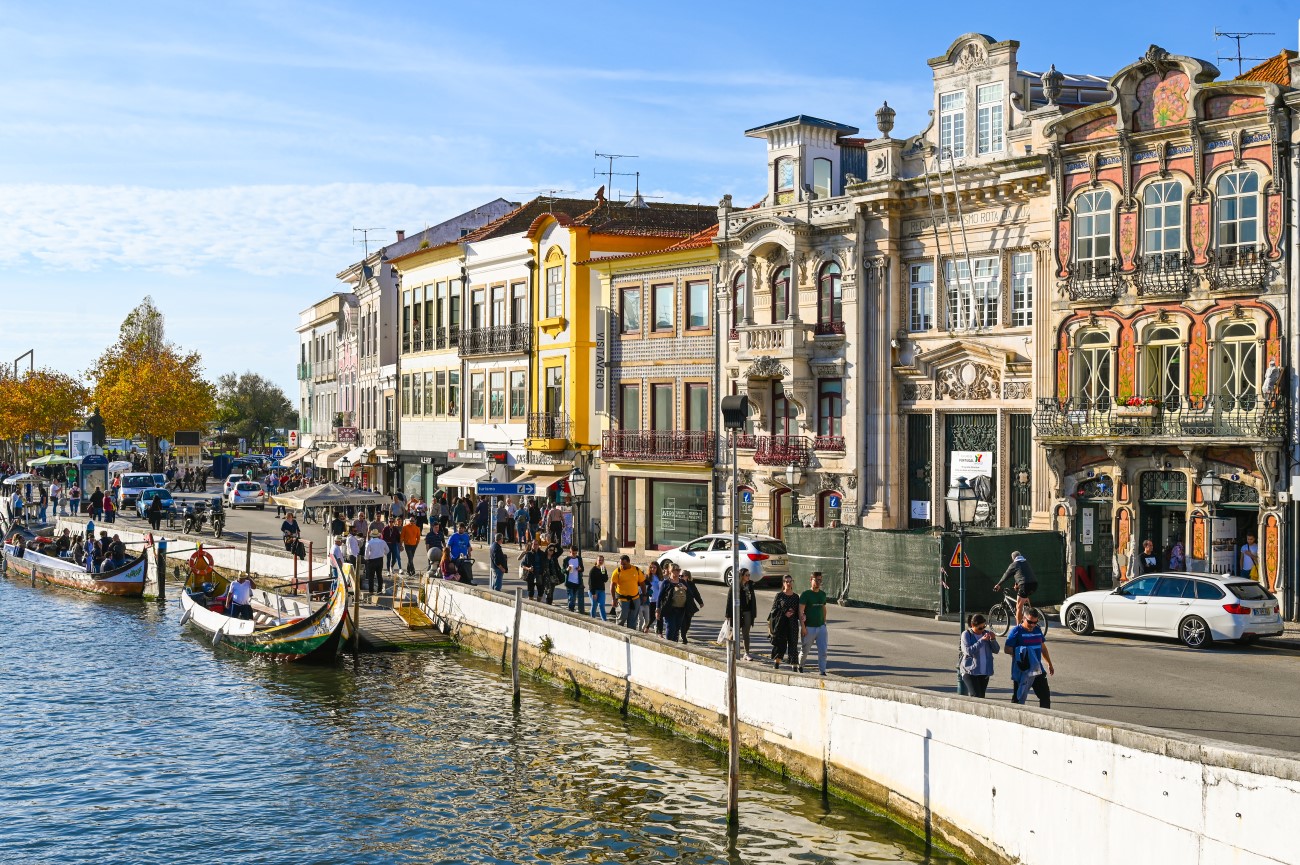 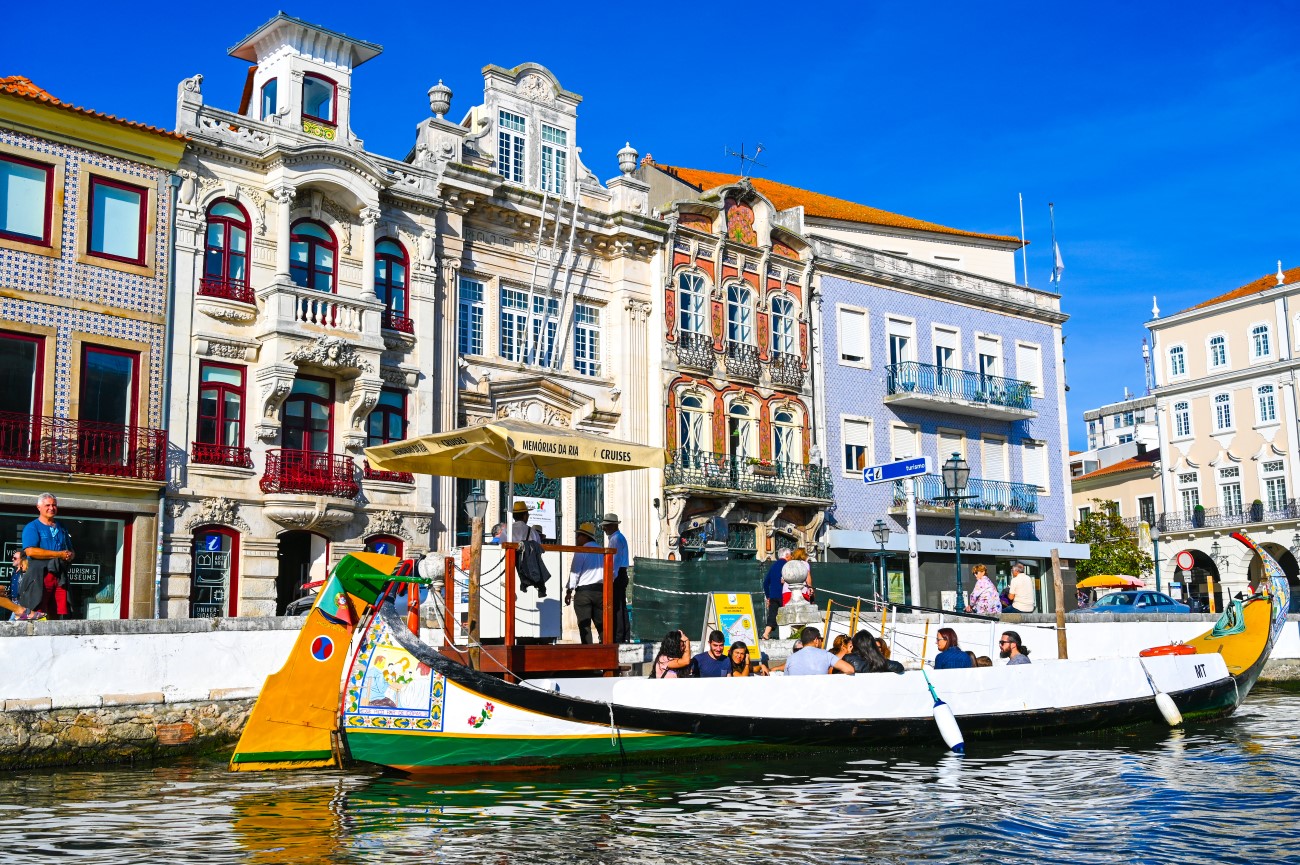 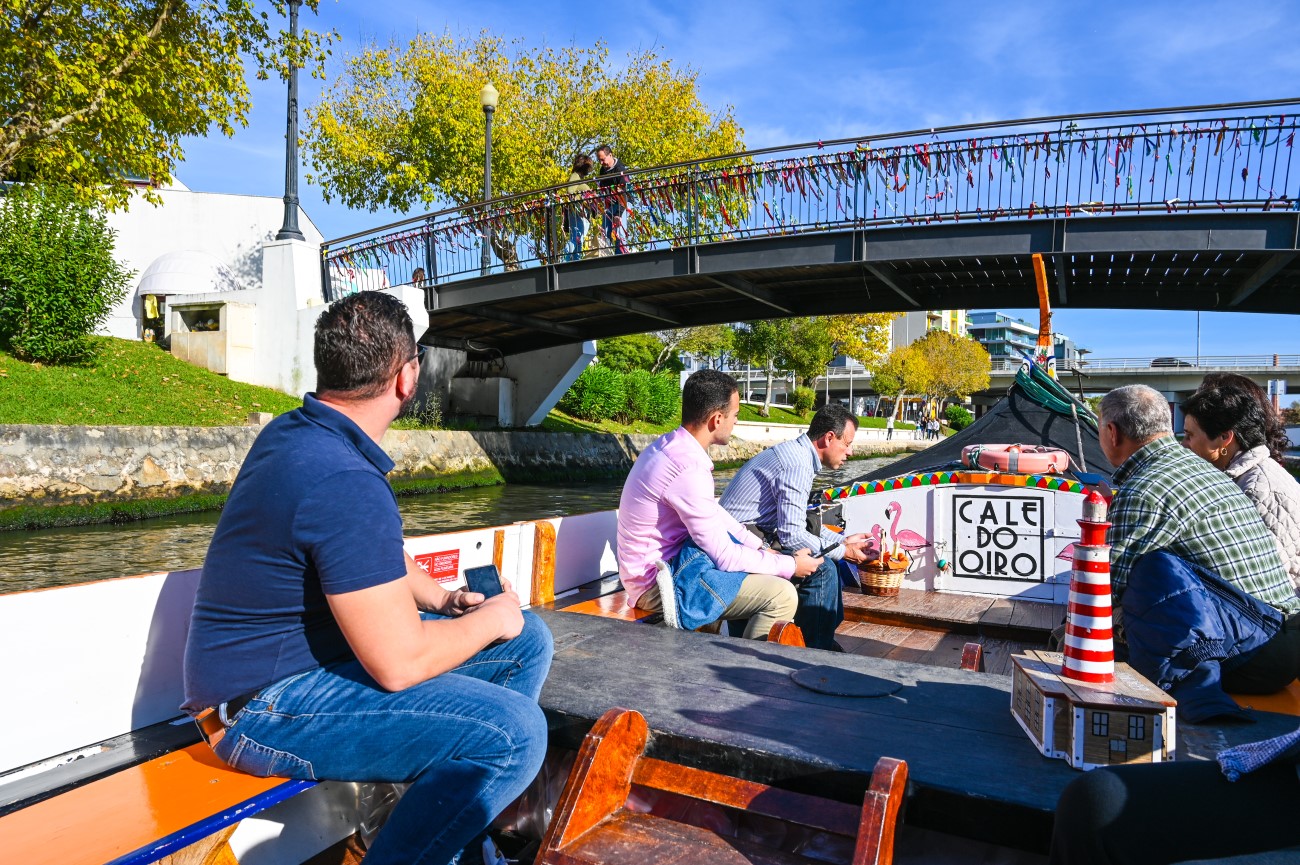 Facing the canals are a series of stunning Art-Nouveau buildings which stand out with their wrought-iron balconies and colourful façades. You’ll probably spot some of them during your boat tour, but there’s also an ​Art Nouveau walking route​ that will take you along these properties. Highlights include the Art Nouveau Museum, Casa dos Ovos Moles and the Cooperativa Agrícola located at Rua João Mendonça number 7. When you’re done capturing the buildings, you can relax at Jardim do Rossio, a small park lined with palm trees with views of the canals. 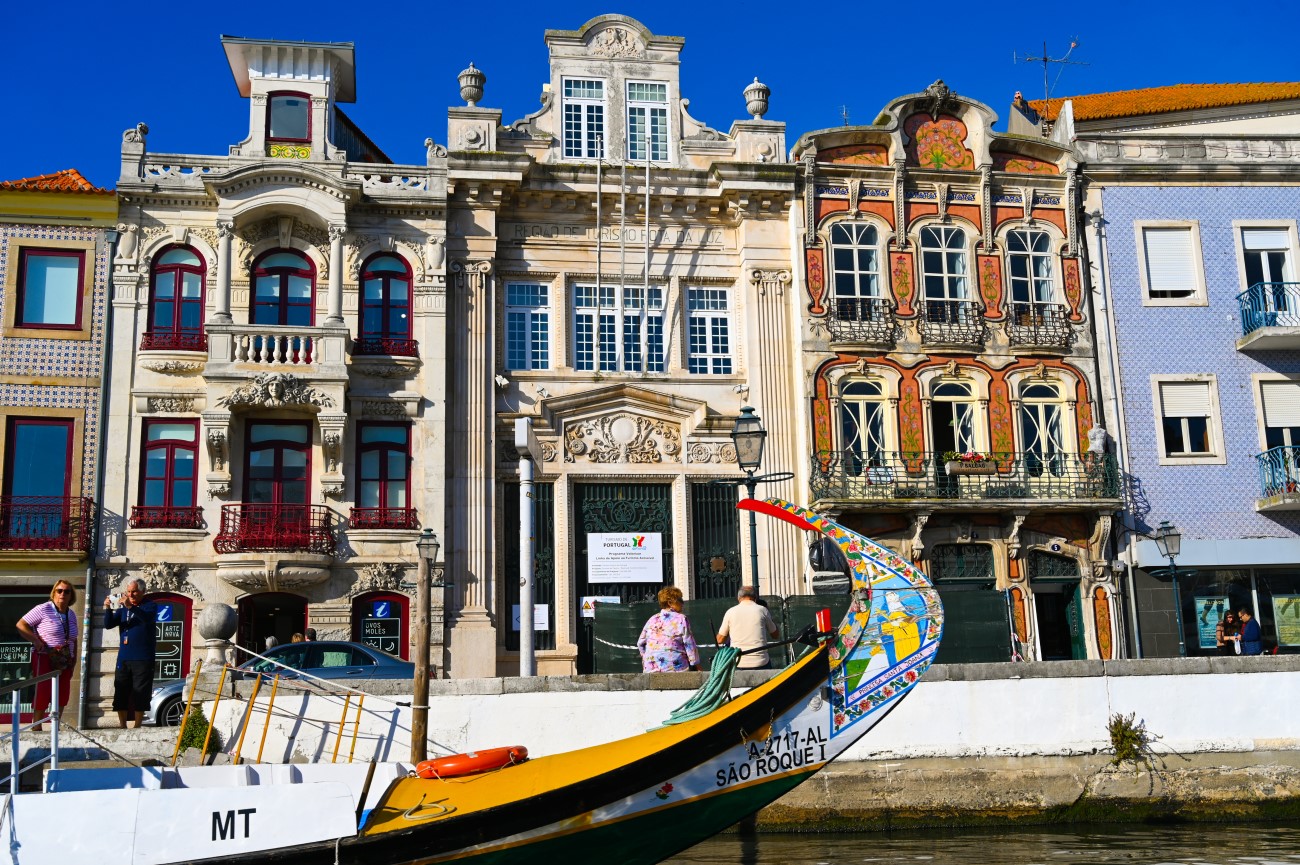 Ovos moles ​ are the traditional sweet of Aveiro. You can’t leave the city without trying this delicious local delicacy made of egg yolks and sugar. It’s available in tiny wooden barrels, but the most popular version comes inside rice paper casings shaped like shells. Several pastry shops sell ​ovos moles ​ around the city,  but Maria da Apresentação is one of the best places to get them. If you want to learn how to make them, you can join a workshop at Oficina do Doce. 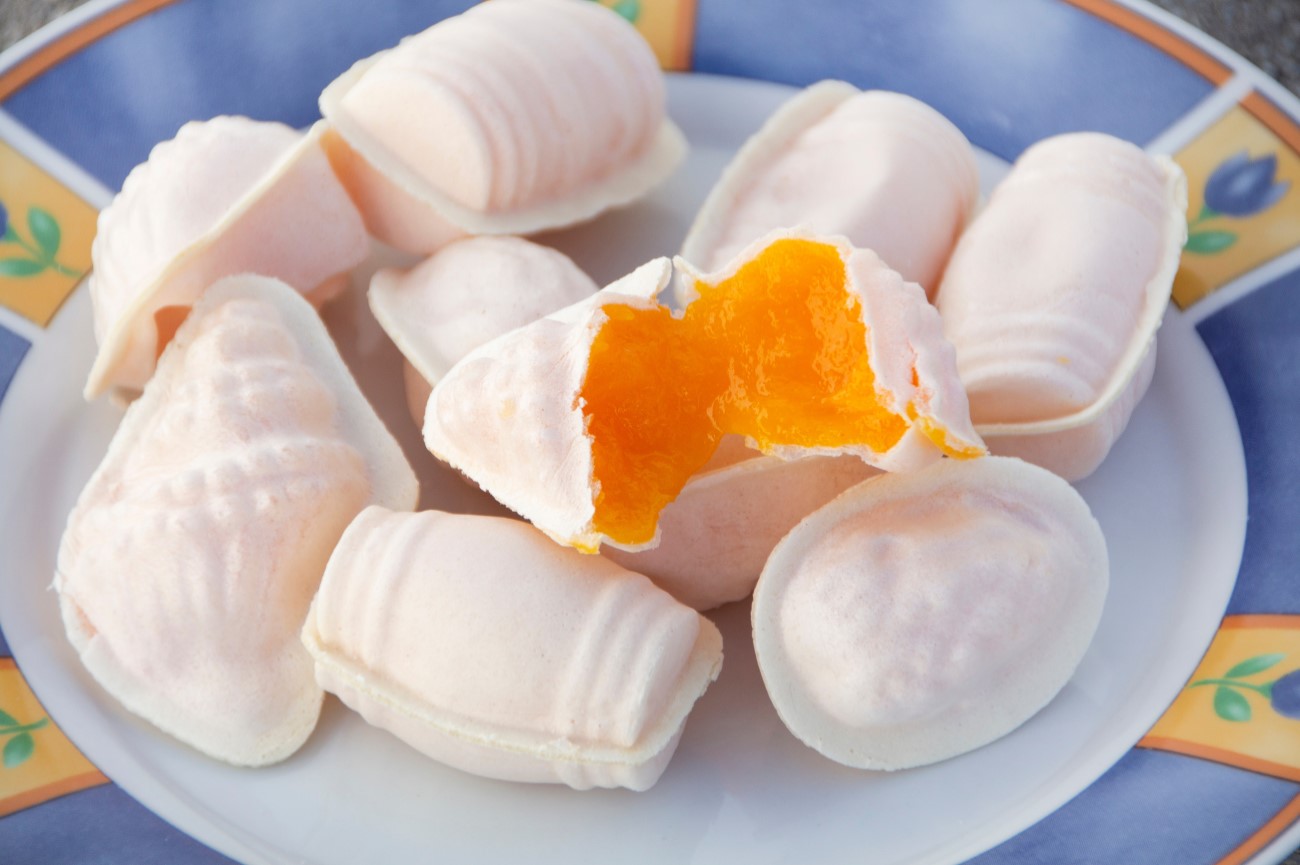 Ovos moles ​ are the traditional sweet of Aveiro, Portugal

Another sweet that comes from Aveiro is the ​tripas. These are kind of similar to a crepe but made with a thicker dough. You can try them at Tezero with a variety of fillings including jam, chocolate or the beloved ovos moles.

Things to Do in Aveiro - Afternoon

Explore the Salt Pans at the Ecomuseu Marinha da Troncalhada

On the edge of Aveiro’s lagoon, you’ll find many salt pans. These are part of the Marinha da Troncalhada, an open-air museum that showcases the traditional methods of salt production. You can take a walk around the salt pans and read the panels or book a guided tour for more detailed information. Near the museum, is a small salt pool and spa established by Cale do Oiro which runs between May and October. For a couple of euros, you can enjoy a relaxing salt bath while watching the saltern workers. 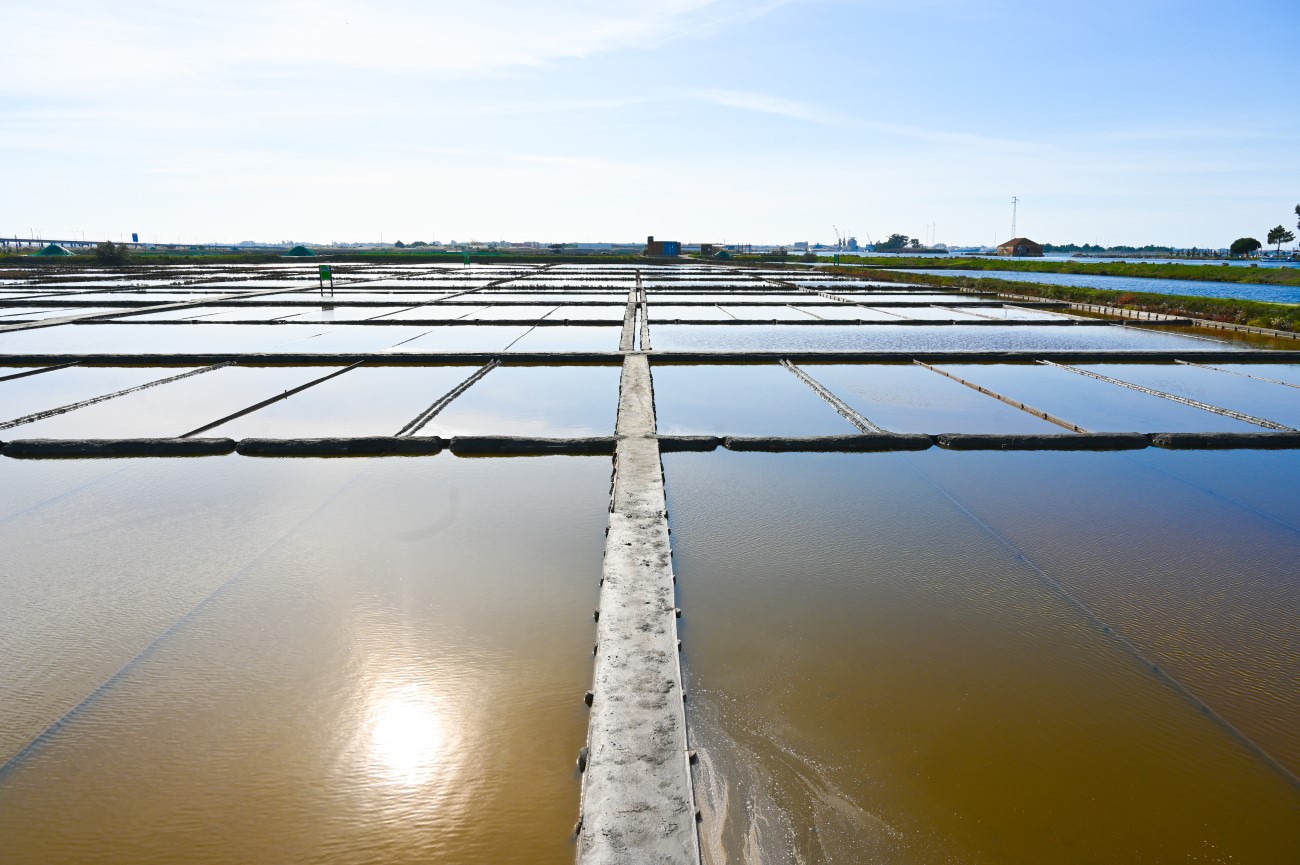 A few miles south from Aveiro, is the town of Ílhavo. It’s home to a modern Maritime Museum showcasing Portugal’s maritime history with a focus on its codfish trade. The building itself has earned many awards for its striking design created by architects Nuno Mateus and José Mateus. Inside there is a replica of a boat used for cod fishing, but the main draw is the aquarium featuring the Atlantic cod. You can combine your visit with a tour of the Santo André ship museum, docked near Praia da Barra. 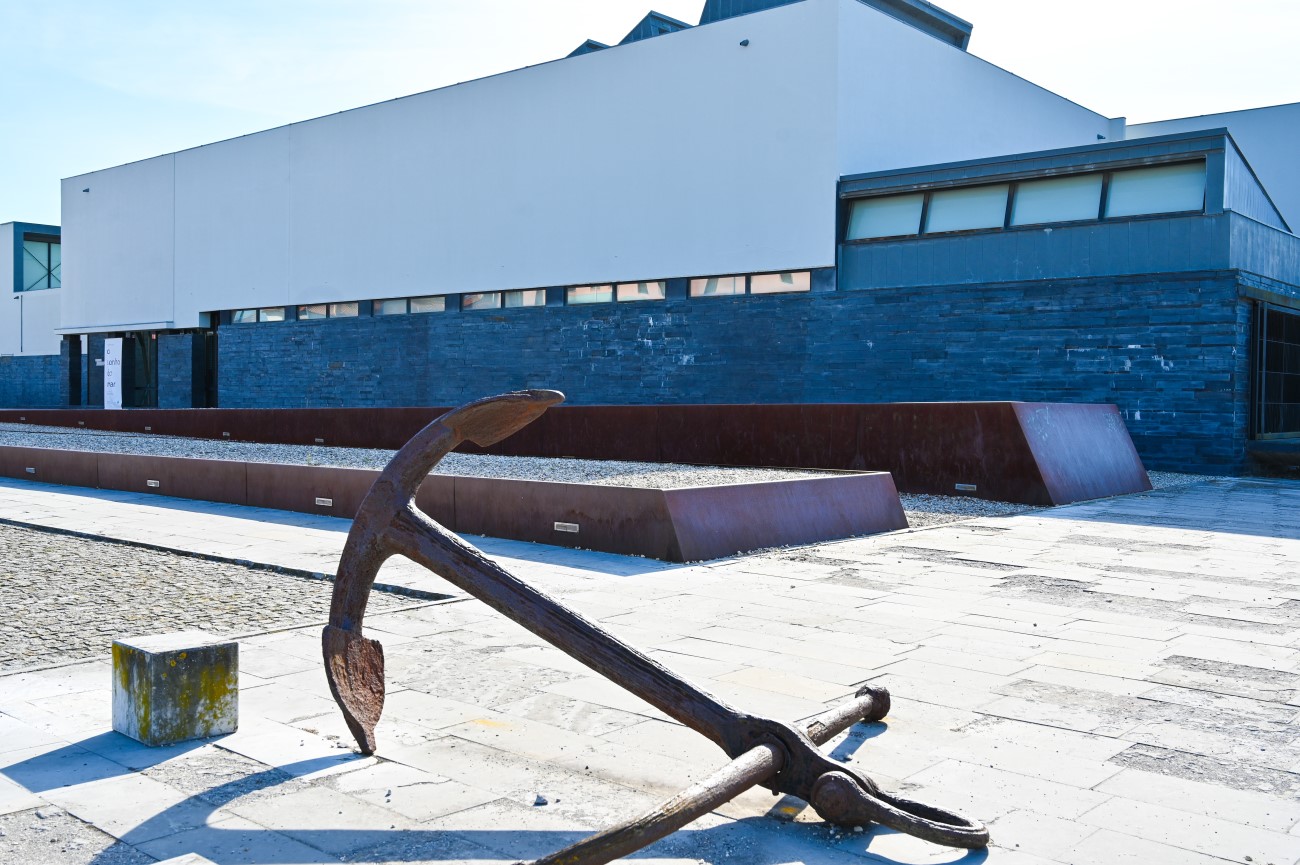 Another museum worth visiting in Ílhavo is the Museu Vista Alegre. Vista Alegre is a renowned brand of Portuguese ceramics, and this museum holds one of the finest collections of porcelain work in the country. During your visit, you’ll learn about the history of Vista Alegre, its production process, and the role of porcelain in Portuguese society along the centuries. There are over 30,000 items on display, some dating back to 1824 when the factory opened. Besides the exhibition area, the complex also includes a 17th-century chapel, the old worker’s neighbourhood, and a workshop where you can admire the delicate process of hand painting ceramics. 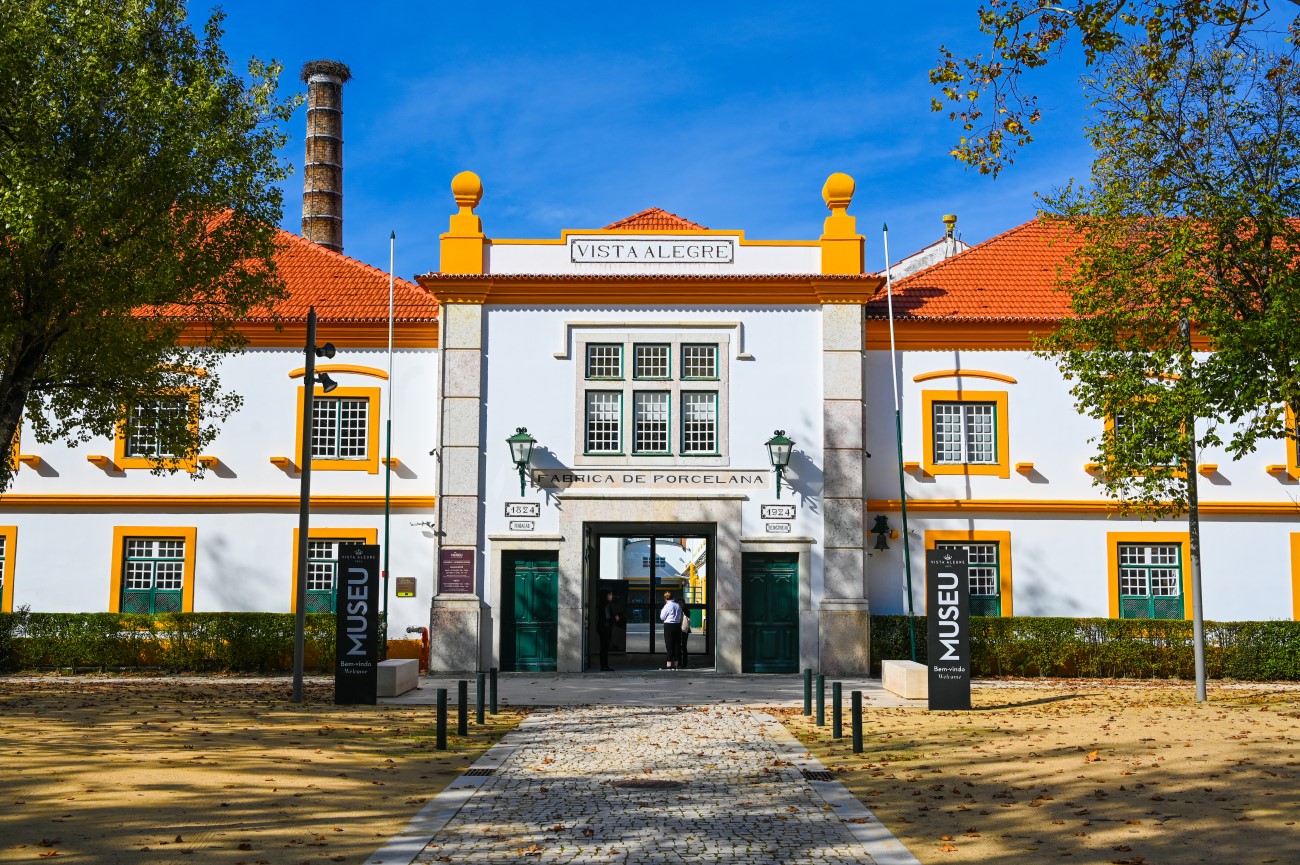 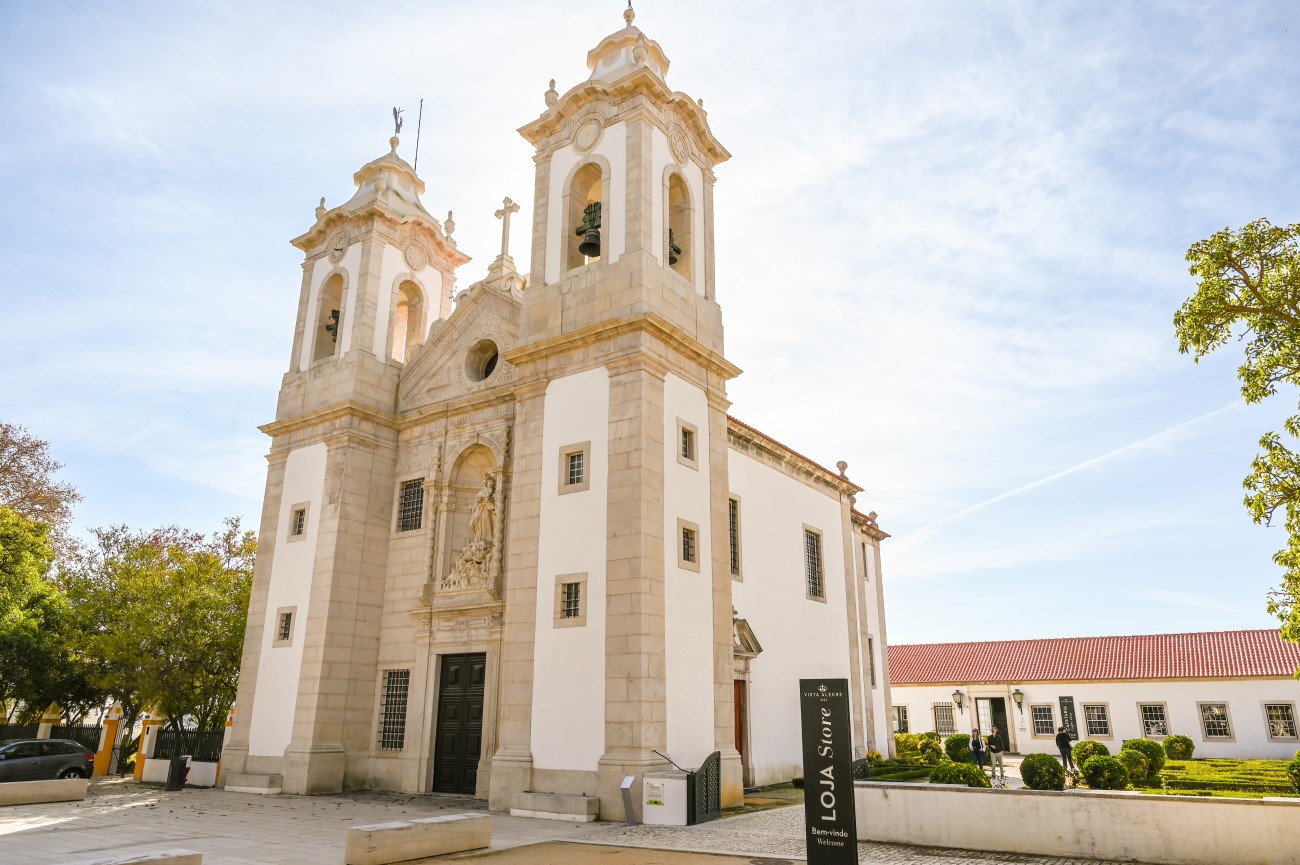 Relax by the Beach

After wandering around the museums, head to the coast and relax in one of Aveiro’s beaches. The closest one is ​Praia da Barra​, located 10 km away from the city, where the Aveiro lagoon meets the ocean. On the north end, it has calm waters for bathing, while the southern part is a favourite spot for surfing, and there’s a surf school here if you need a lesson. Standing at the edge of the beach is the Farol da Barra, which is the tallest lighthouse in Portugal at 62 metres. 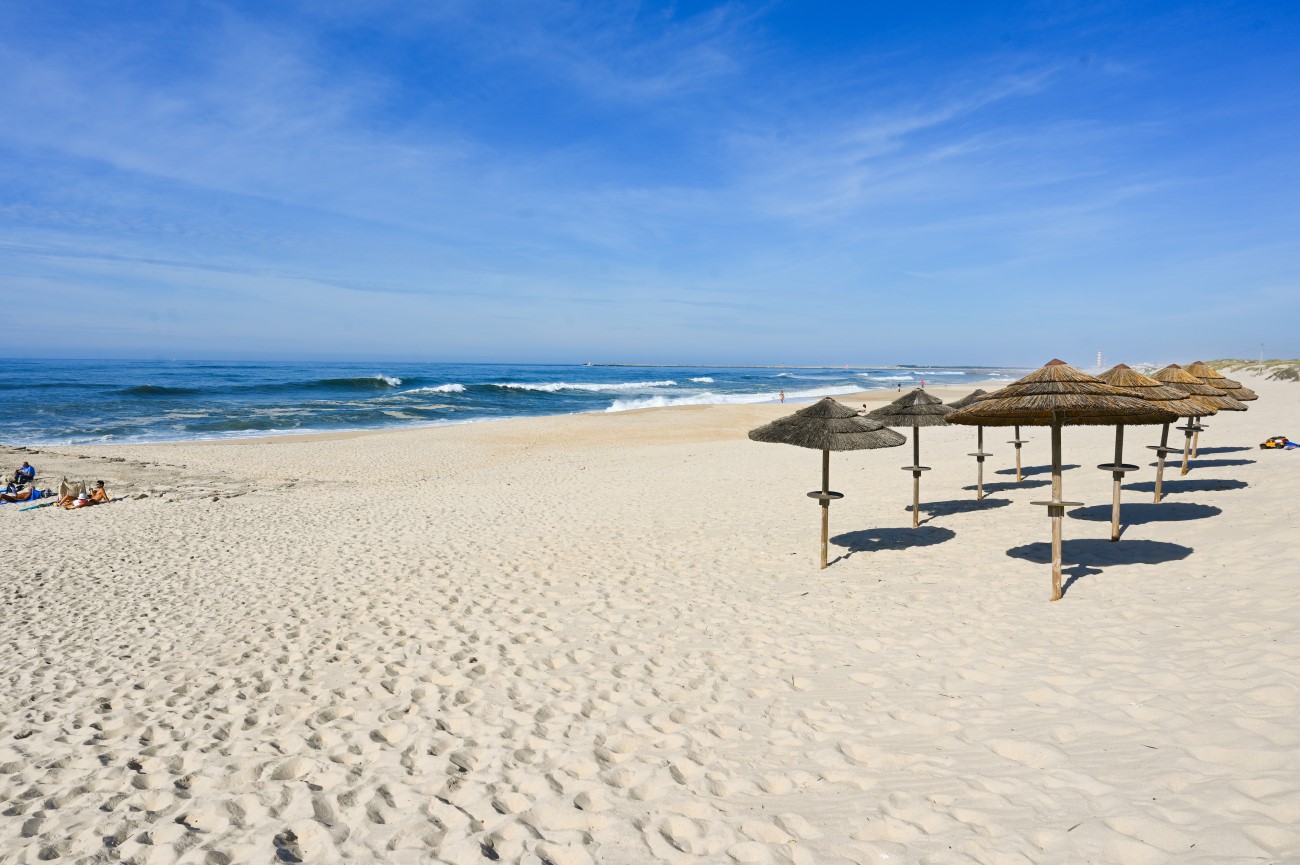 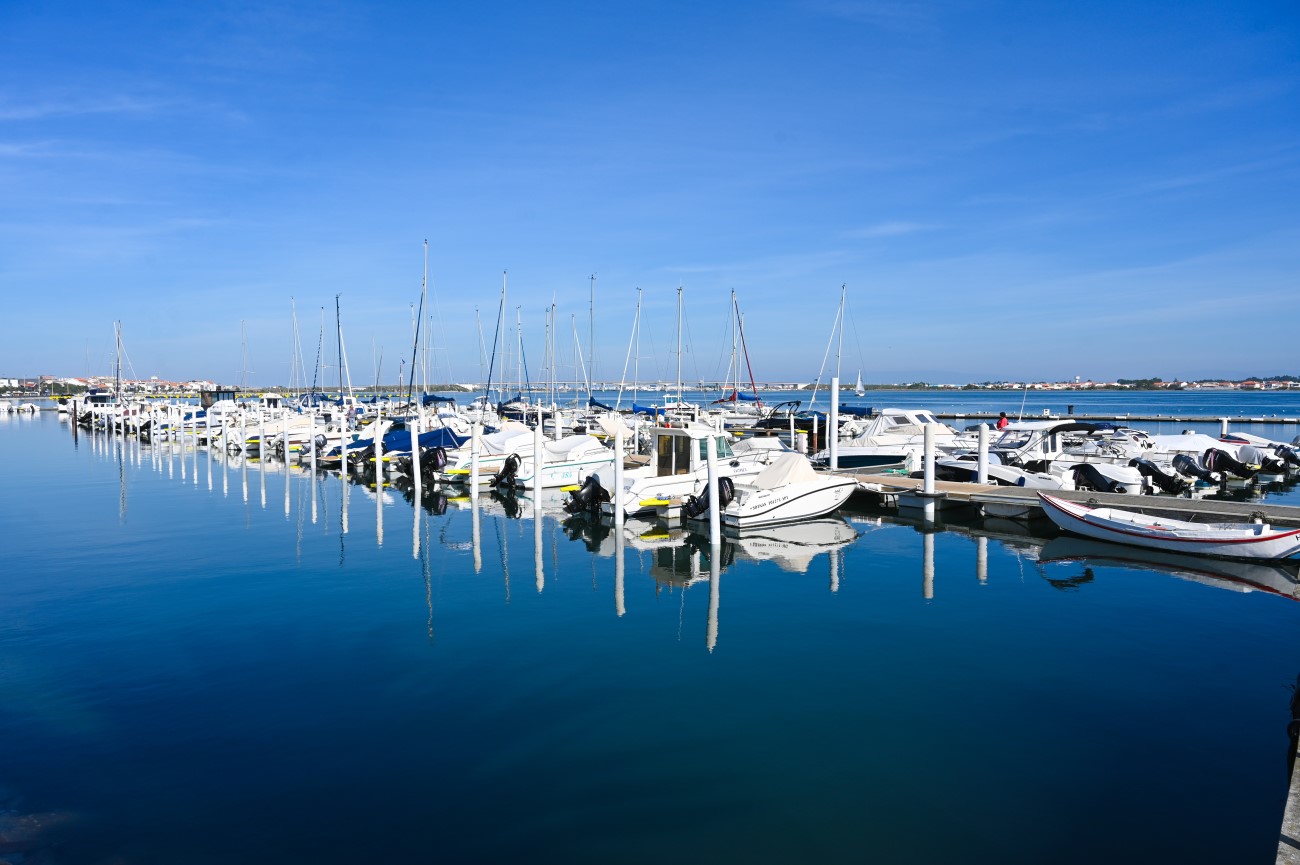 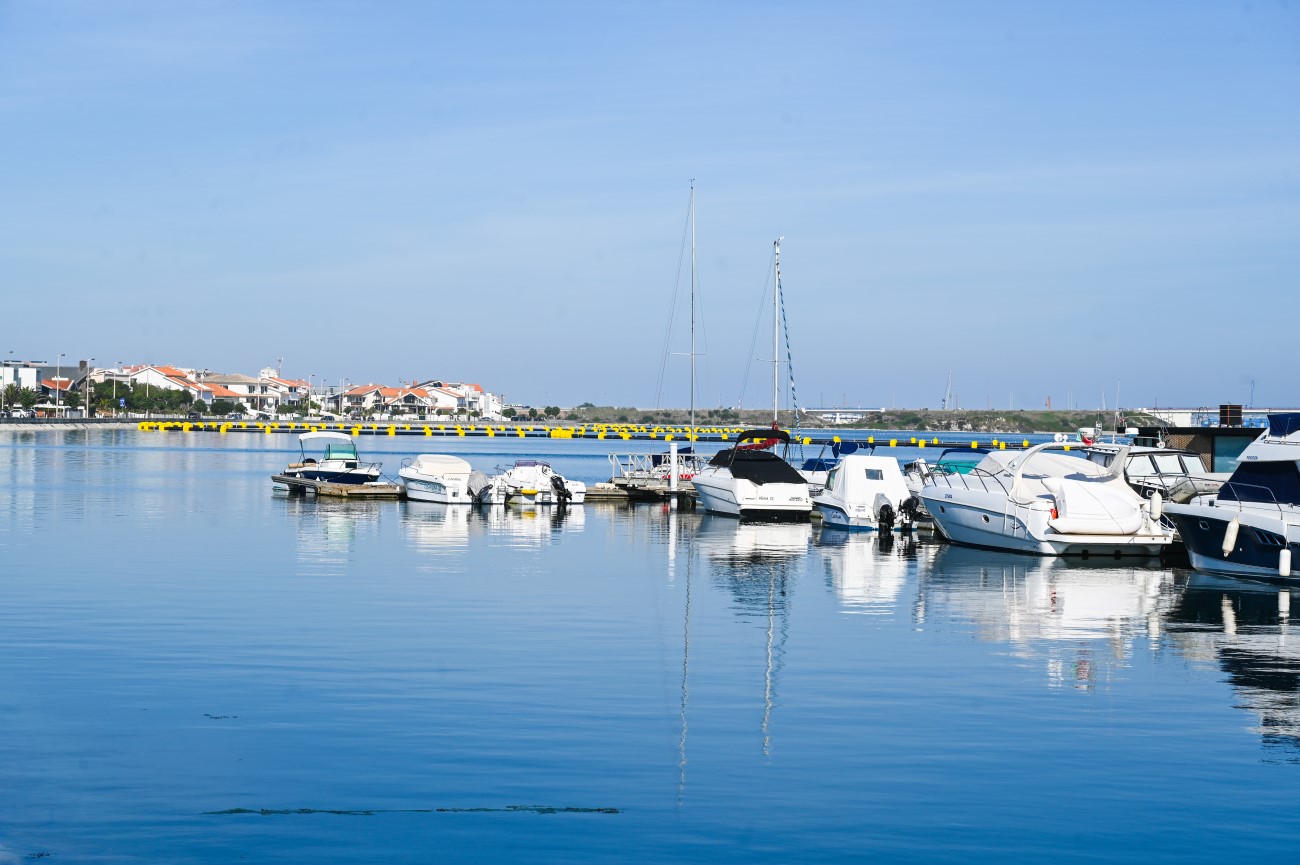 Further down the coast is ​Costa Nova​, an old fishing village famous for its colourful striped cottages known as ​palheiros. It’s where fishermen used to stock their gear, but now they’re mostly used as holiday homes. Just opposite the road is the beach of Costa Nova where you can go for a swim. 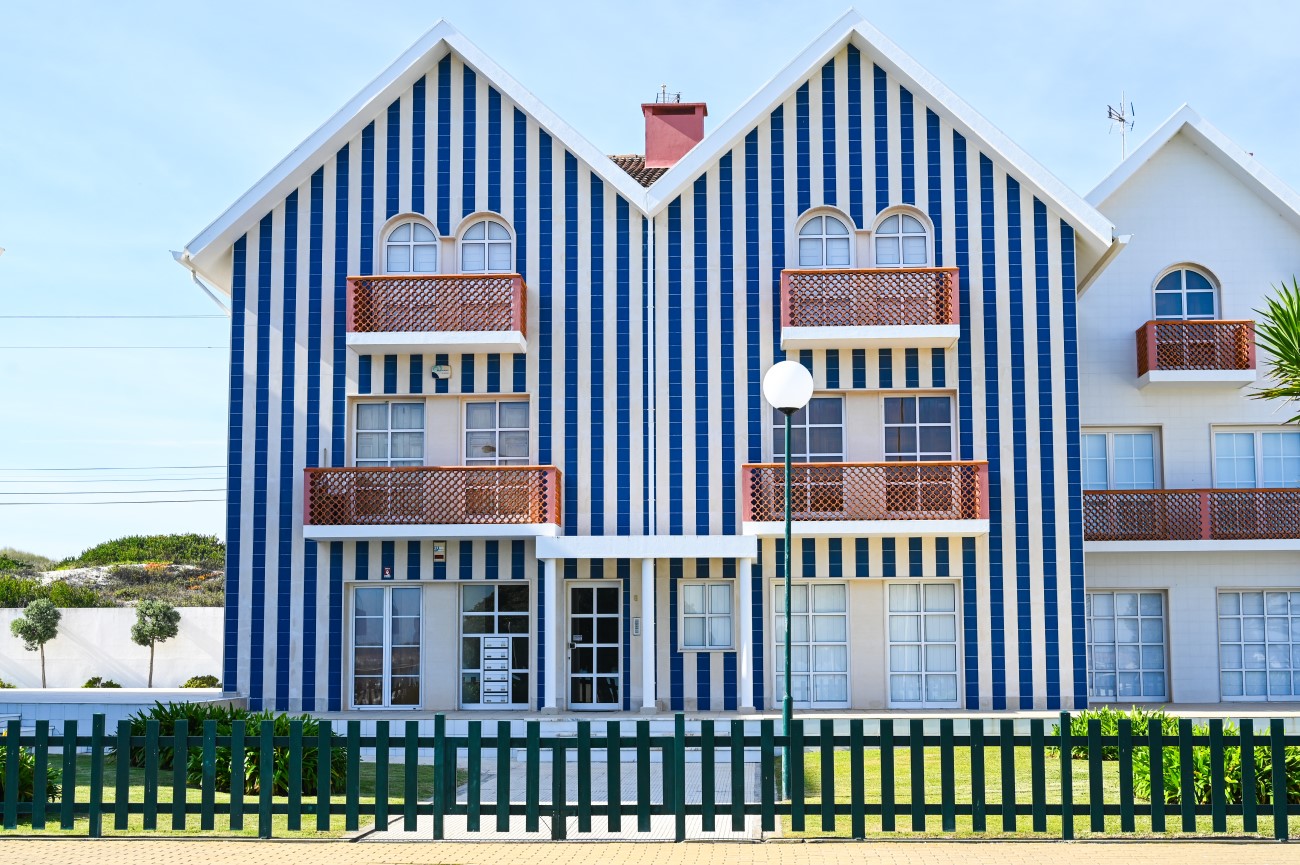 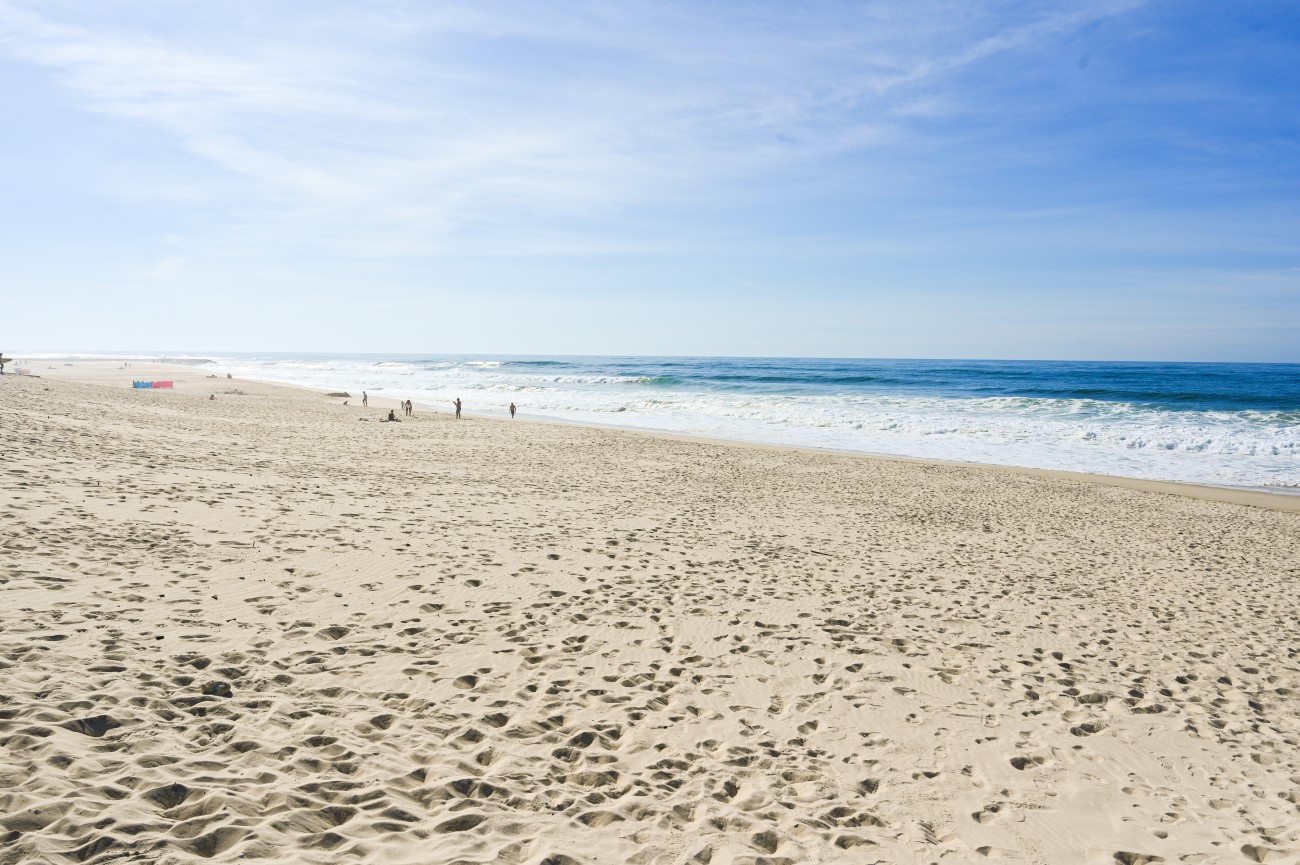 Beyond the beaches, Aveiro’s coastal stretch is full of bars and seafood restaurants that get crowded in the summer. If you make it to Costa Nova, it’s worth visiting the ​Mercado do Peixe​, a lively fishing market with fresh fish and seafood caught in the lagoon or the sea. Check the schedule before you go to make sure it’s open.

Things to do near Aveiro

If you’re staying in Aveiro for a couple of days, there are a few places nearby that deserve a visit such as Dunas de São Jacinto​,​ Passadiços de Aveiro​ or ​Sever do Vouga​.

Stretching for nearly 700 hectares, ​Dunas de São Jacinto​ is a stunning natural reserve made up of beaches, pine woods and freshwater ponds. This sandy stretch sits right in between the Aveiro lagoons and the Atlantic, and it’s an ideal spot for hiking and birdwatching.

Just a 10-minute drive from the city is the ​Passadiços de Aveiro​. Set alongside the Ria de Aveiro, this wooden walkway extends for more than 7km. It takes around two hours to complete the trail on foot, but you can also cycle through it. The trail begins at Cais de São Roque and ends in Vilarinho near the river Vouga. On the way, you’ll pass by salt marshes, pine trees and spot many bird species such as little terns and black-winged stilts. If you want a shorter route, you can end the hike at Cais da Ribeira da Esgueira.

Another place worth exploring near Aveiro is ​Sever do Vouga​.​ ​In this municipality, you’ll find waterfalls, viewpoints and an eco-trail that passes through an old railway bridge overlooking the river.

Where to eat in Aveiro

There are many restaurants in Aveiro where you can go for lunch or dinner. We recommend these three: Salpoente, ​Sombras Salgadas​ and ​Marisqueira Maré Cheia​.

Housed in a former salt warehouse, ​Salpoente​ serves traditional Portuguese dishes with a contemporary twist. Salted cod is the star of the menu, along with other specialities based on local ingredients such as oysters and marinhoa beef.

Just next door from Salpoente is ​Sombras Salgadas​. This cosy restaurant has a diverse menu, including delicious steaks and risottos.

A bit closer to the centre, you’ll find the ​Marisqueira Maré Cheia​, one of the most popular seafood restaurants in Aveiro. It’s usually quite busy, so you should book a table in advance. Specialities include grilled fish, seafood rice and the big seafood platter, which is perfect for sharing.

Where to stay in Aveiro

If you decide to spend the night in Aveiro, we suggest booking a room at ​Hotel Moliceiro​, ​Melia Ria​ or the Montebelo Vista Alegre Ílhavo Hotel​.

Set in the heart of Aveiro, ​Hotel Moliceiro​ offers 49 rooms, most of them overlooking the city’s canals. Its central location allows you to explore all the main attractions on foot, but if you want you can also rent a bike at the reception.

Open since 2005, ​Melia Ria​ is a 4-star hotel located on the edge of the Ria de Aveiro. It’s only a few minutes away from the train station and the historic centre. There’s a restaurant on-site, as well as a spa, an indoor pool and a fitness centre.

A bit further out in Ílhavo is the ​Montebelo Vista Alegre.​ This 5-star hotel is a homage to Vista Alegre, a brand of traditional Portuguese ceramics. Every room is decorated with porcelain art, and during your stay, you can participate in ceramic workshops or visit the Vista Alegre museum. There are also other facilities such as a spa, an indoor pool and an outdoor pool overlooking the Boco river.

How to get from Lisbon to Aveiro

There are three ways to get from Lisbon to Aveiro: