Discover Aljezur on our Algarve Tour

This is our Aljezur tour. We are now on day 20 of our Algarve tour and today we head north along the west coast. Aljezur is the quiet corner of the Algarve, where the rivers meet the sea, creating a wonderful stretch of beaches and lagoons along the coast. 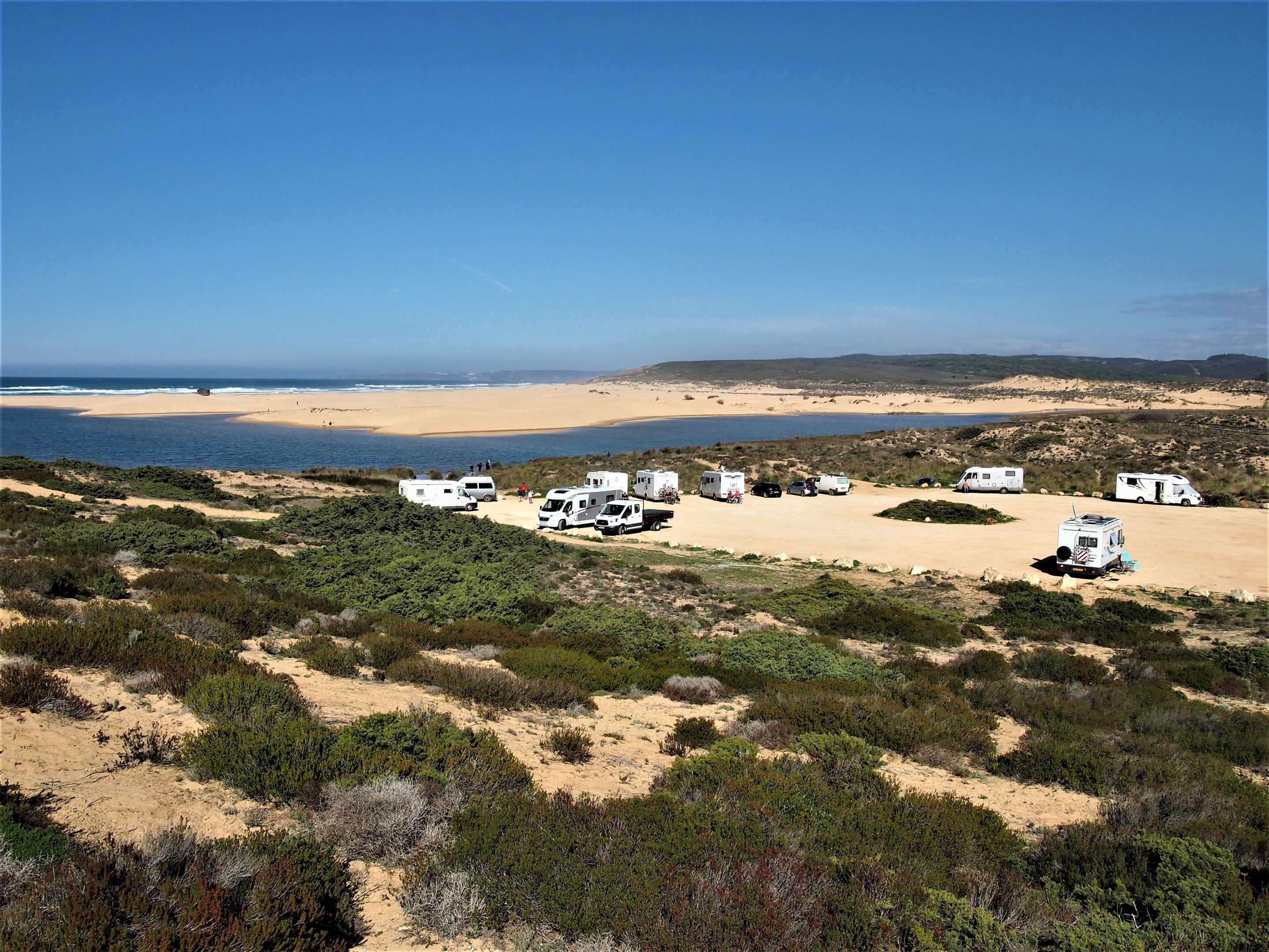 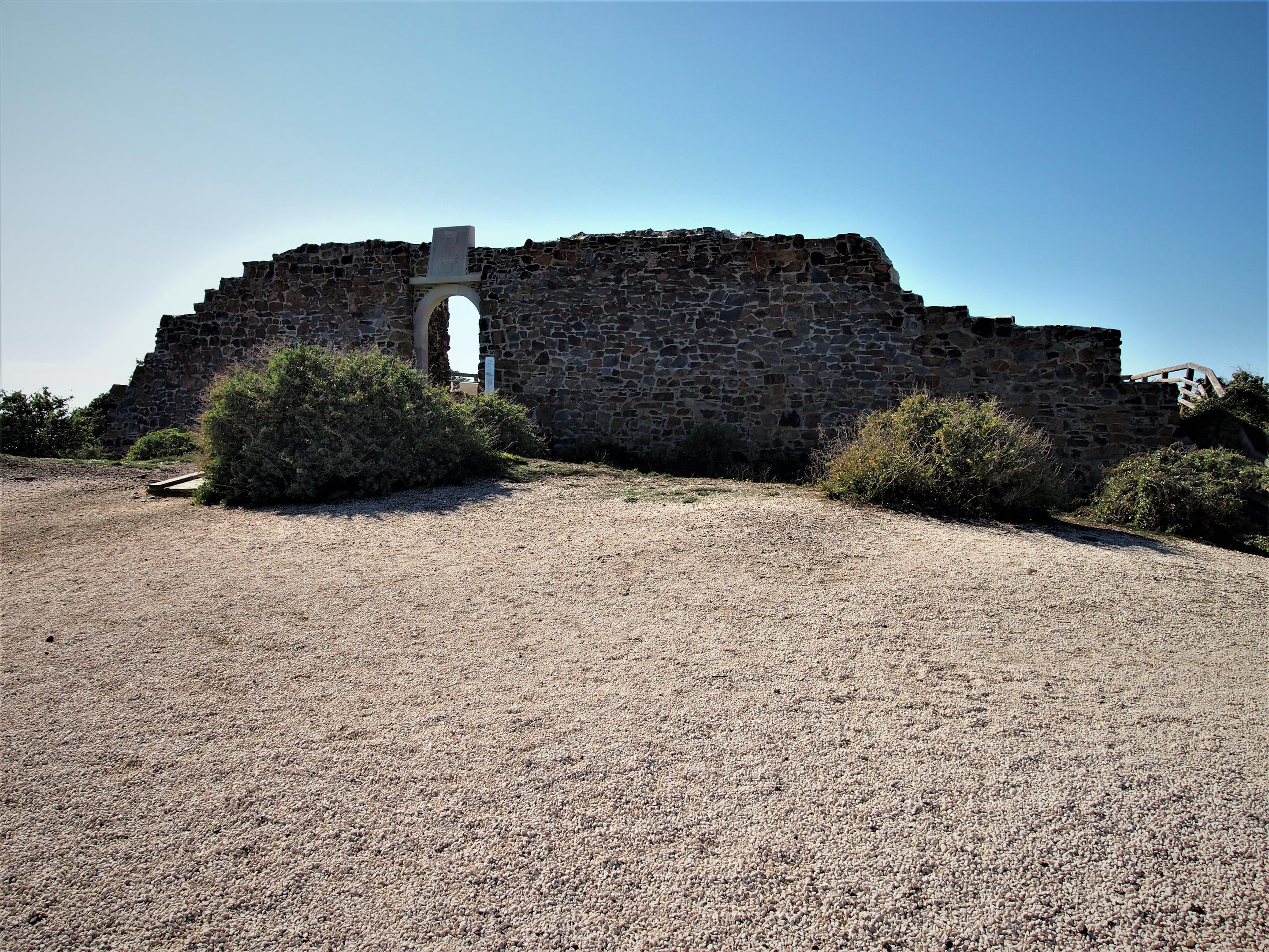 I left Vila do Bispo behind and continued driving through the Costa Vicentina Natural Park towards Aljezur. The first stop on the road was Carrapateira. The village itself was tiny, unlike its beach which seemed to go on for miles. Getting to the beach was easy, all I had to do was follow the surfers and suddenly there I was, standing at the wooden pathway across the dunes of Praia da Bordeira. One by one, the surfers went in the water and I stood there, watching them ride the waves from afar. 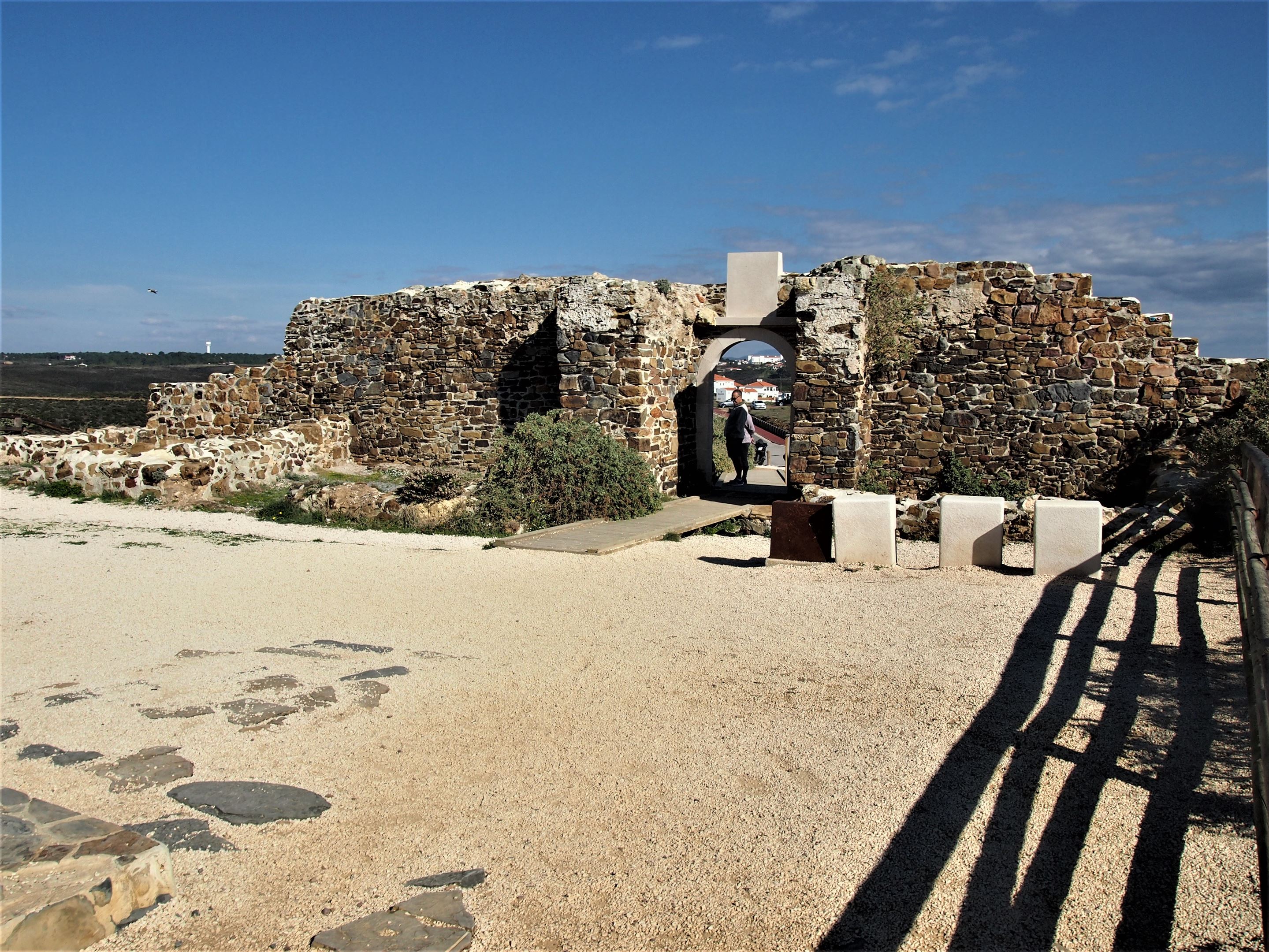 Built in the 17th Century, the remains of the Fortaleza da Arrifana, Aljezur 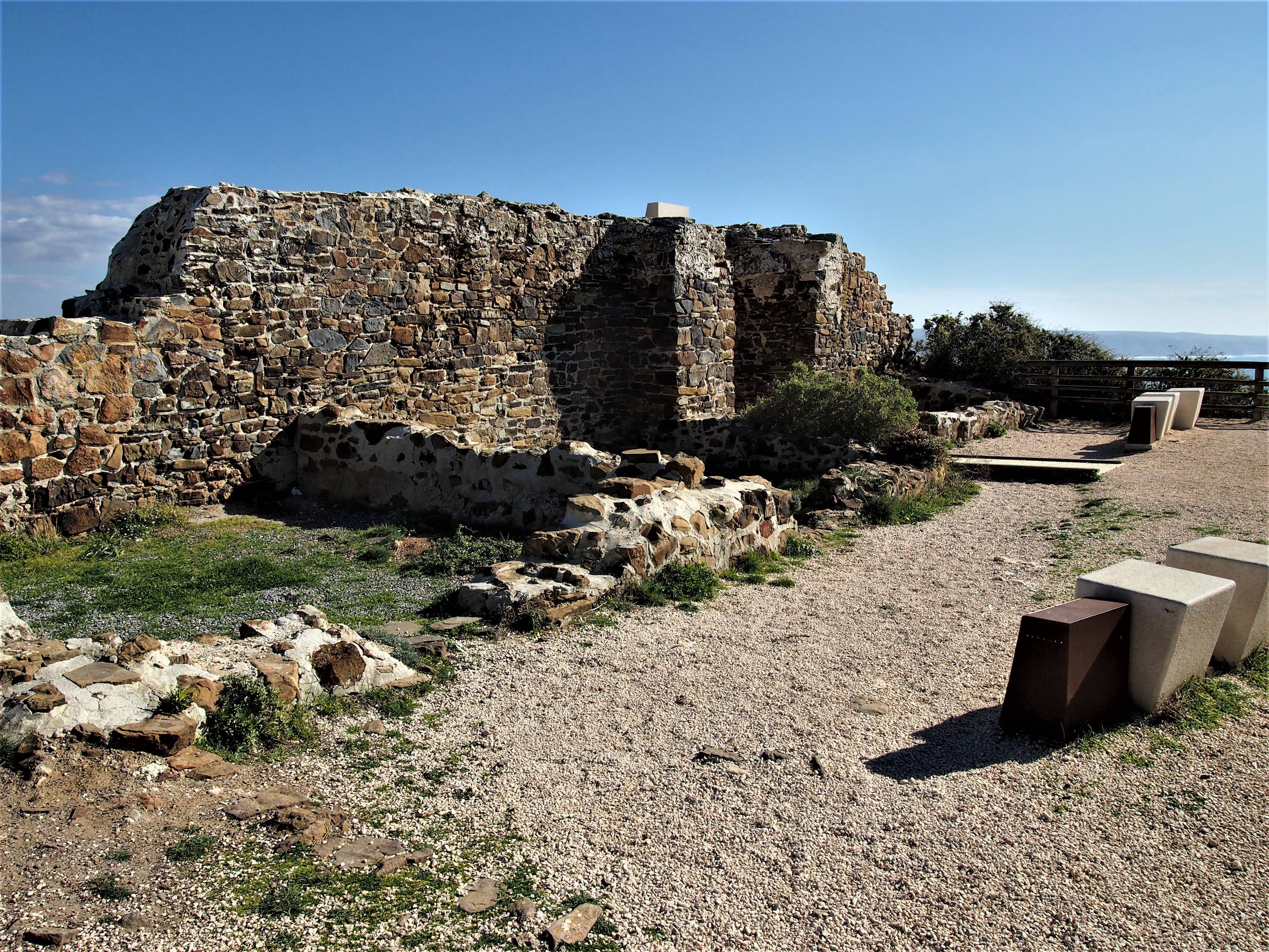 The remains of the Arrifana Fortress, Aljezur

Half an hour went by and then I moved on to the next stop - Fortaleza da Arrifana. Not much remains of the actual fortress, it was more like a viewpoint where I could contemplate the ocean and the rugged cliffs bordering the coastline.

From here, I drove to the centre of Aljezur, following the narrow road leading to the Castle of Aljezur. The entry to the castle is free, so I walked straight in. Once I passed the walls, I was able to see the whole town of Aljezur, the river and the bridge separating the old town from the new town. 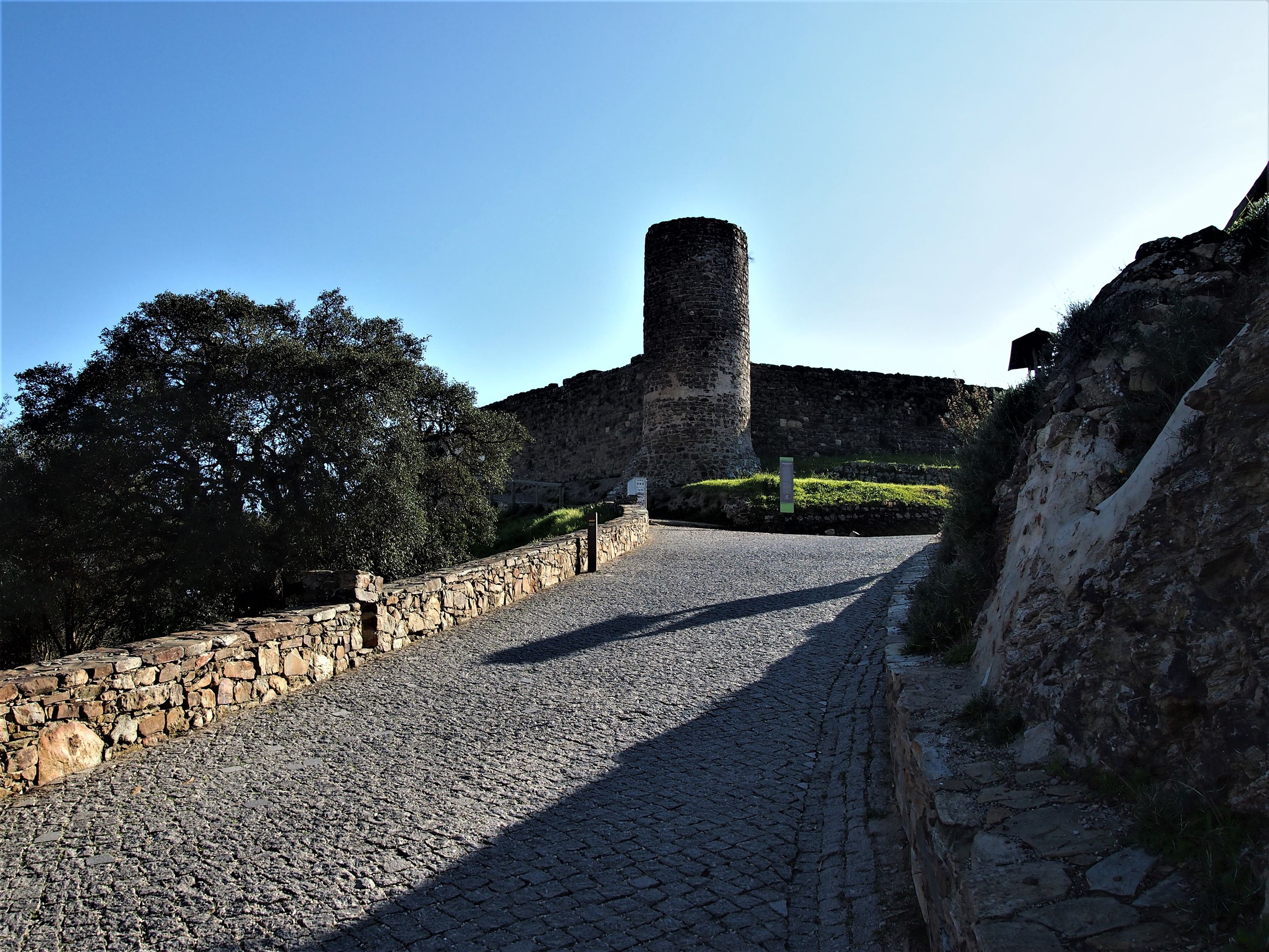 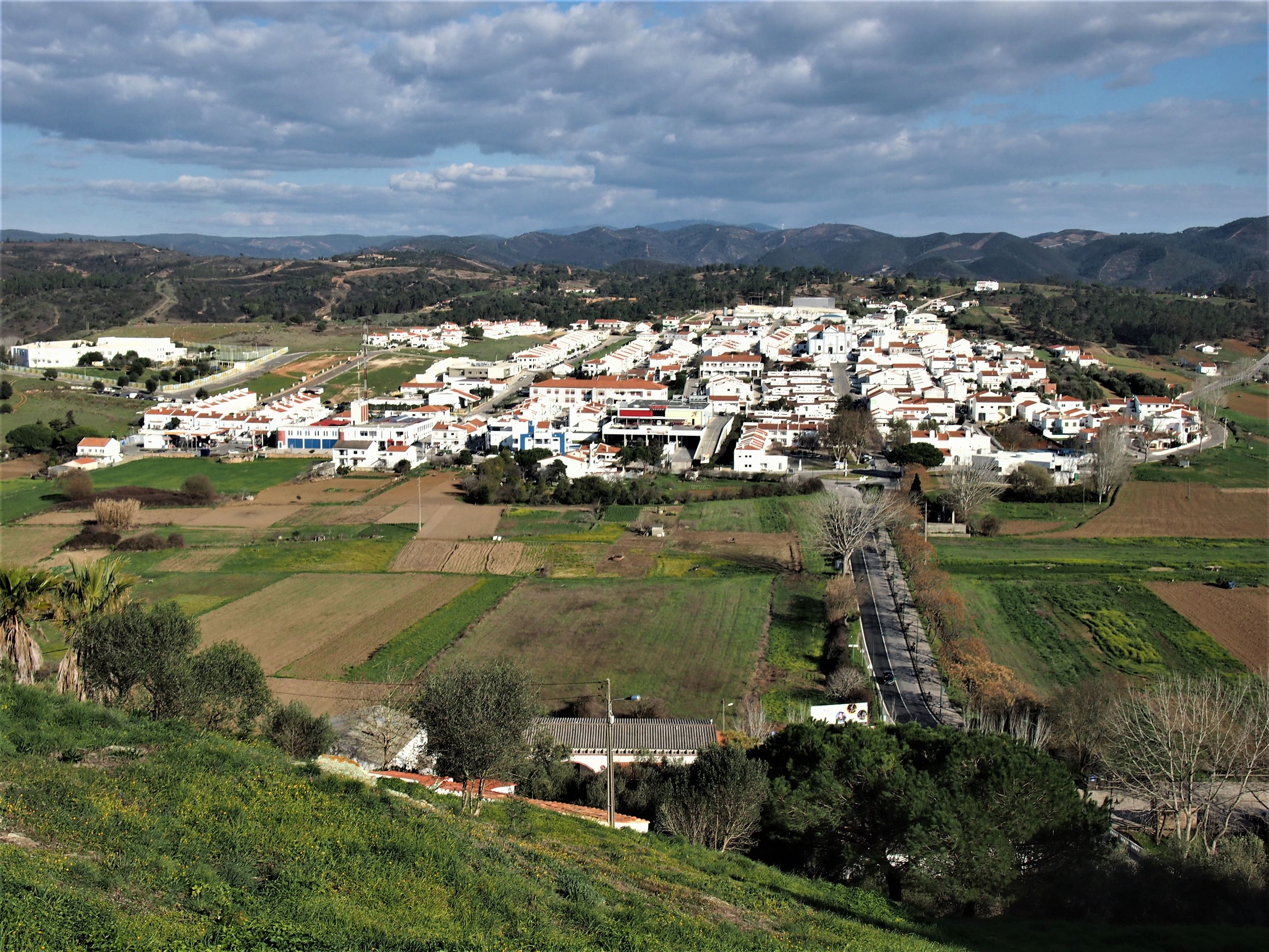 After visiting the castle, I crossed the river to the new town and went to the Igreja Matriz de Nossa Senhora da Alva, which is also known as the New Church due to its location. It was about one o’clock when I came back out, so I set off for lunch. I was recommended a restaurant in the old town centre called Pont’a Pé and that’s exactly where I ended up at.

The restaurant was set in a typical Algarvean building painted in white with a blue trim around its doors and window. On the menu, there was a variety of fish and seafood, including mussels, sea bass, octopus rice and the list goes on…I ordered a plate of mackerel with sweet potato as a main and when it came to dessert I was surprised to see that most of them were also made with sweet potato! There was sweet potato pudding, sweet potato cake and even sweet potato pie with coconut. It seems Aljezur is the largest producer of sweet potato in Portugal, hence why this ingredient was all over the menu. 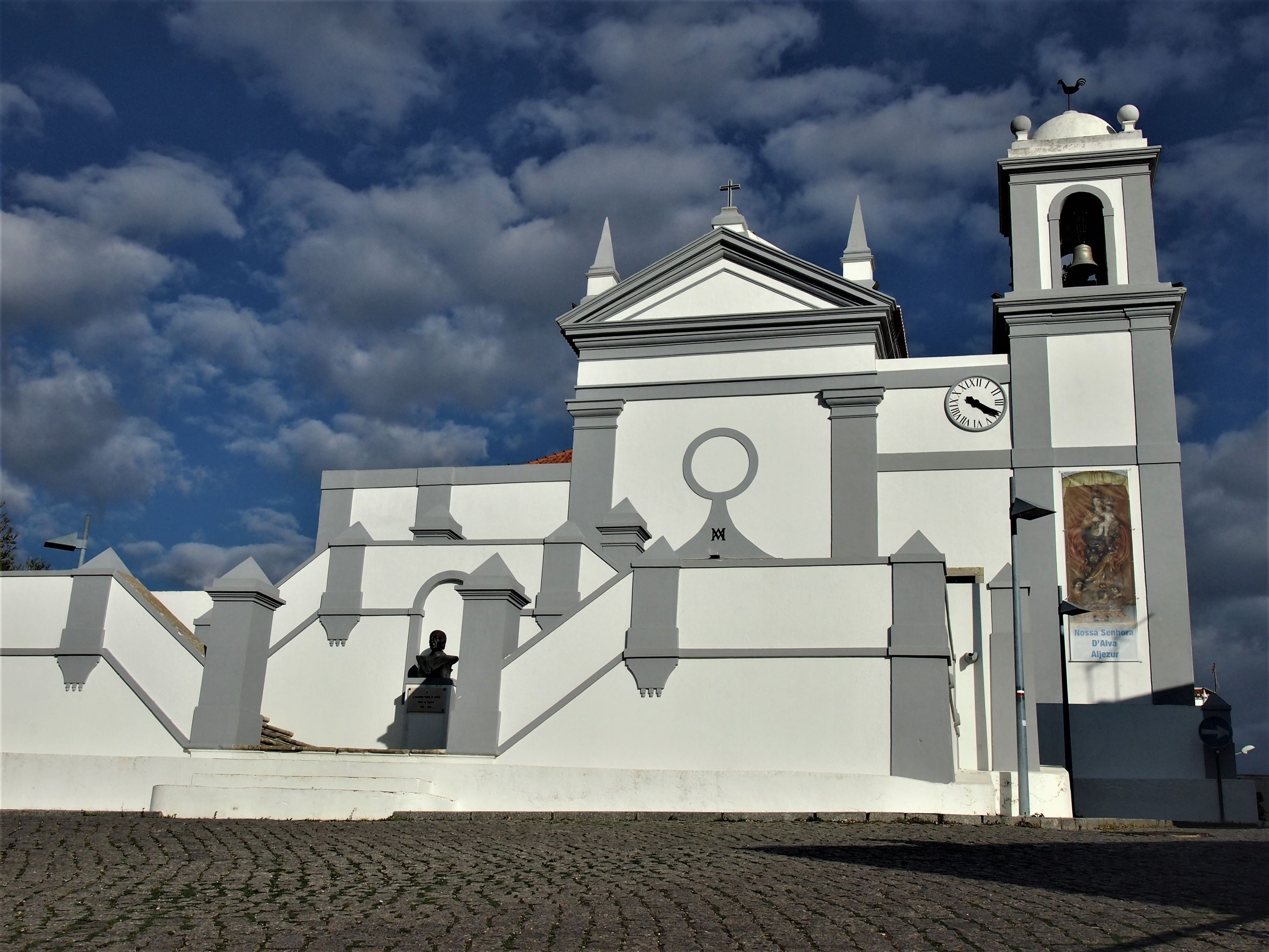 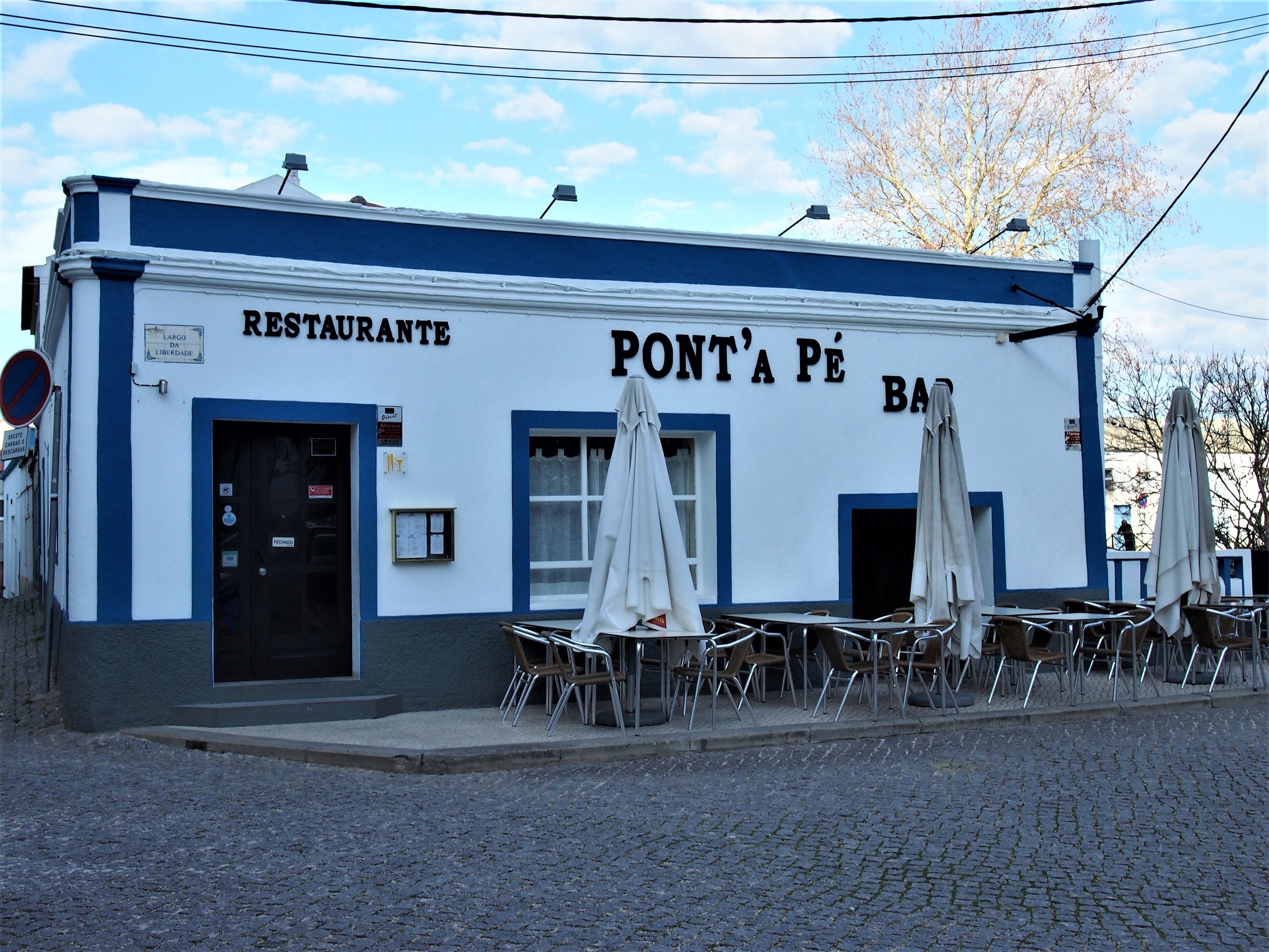 In the afternoon, I visited Odeceixe, a sleepy town on the edge of the Algarve and the Alentejo.

I drove down the valley until I reached the bay of Praia de Odeceixe. The beach almost seemed like an island, with the river flowing on the right side and the sea on the left. There were only a handful of people in sight and I also spotted a few surfers in the water. 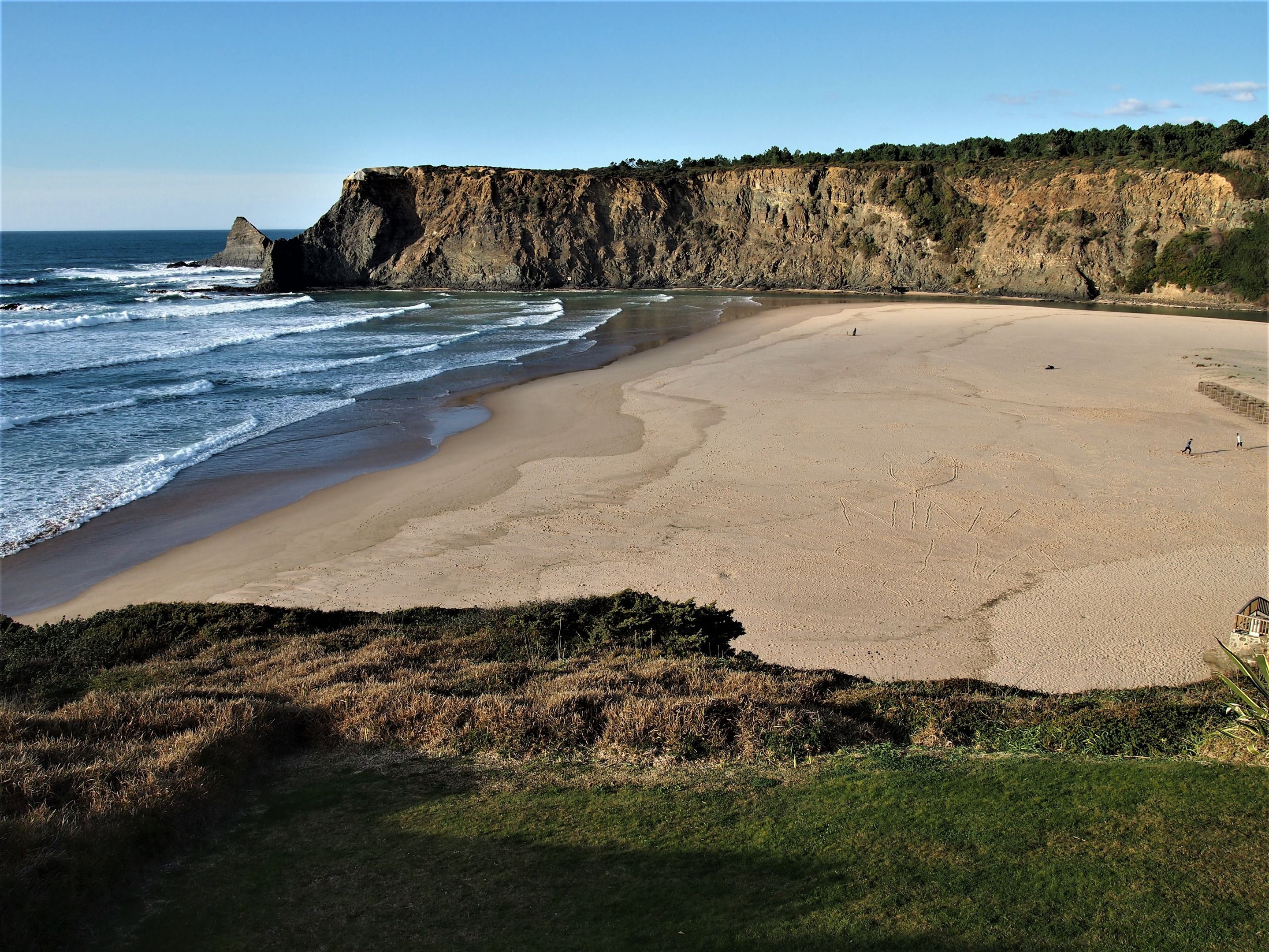 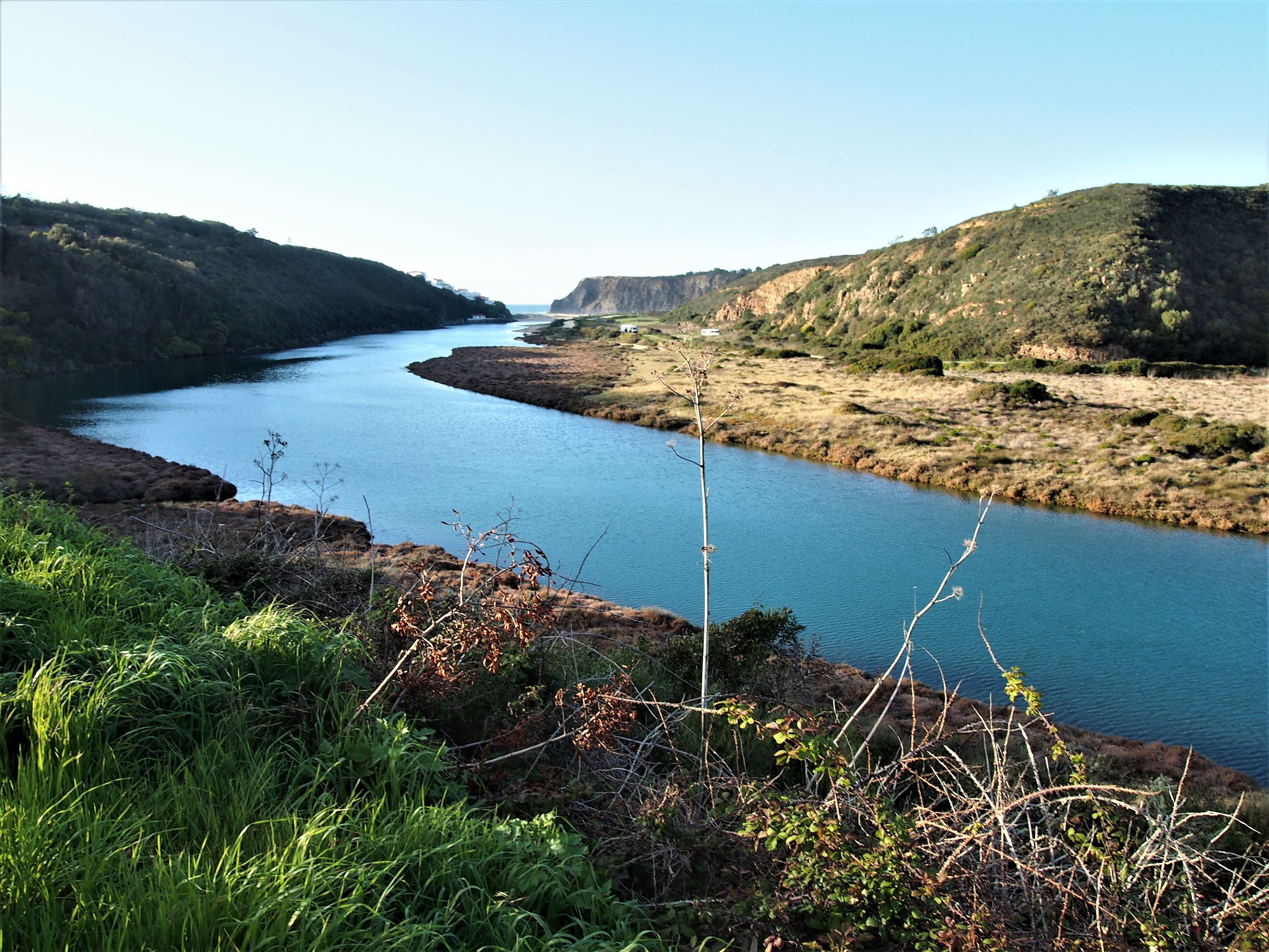 The Ribeira de Seixe (river) as it flows to the Atlantic Ocean with Praia de Odeceixe in the distance. The south side of this river is the Algarve, the north is the Alentejo region.

I sat down at Café Dorita, a small café overlooking the beach and stayed there for a while gazing at the waves whilst sipping on my coffee.

Later, I walked around the centre of Odeceixe and passed through some craft shops and an old windmill which offered amazing panoramic views of the town.

For dinner, I headed to Taberna do Gabão. Since I was near the Alentejo, I decided to try one of their local dishes for a change and ordered the Carne de Porco à Alentejana, a tasty pork dish served with potato chunks and steamed clams. 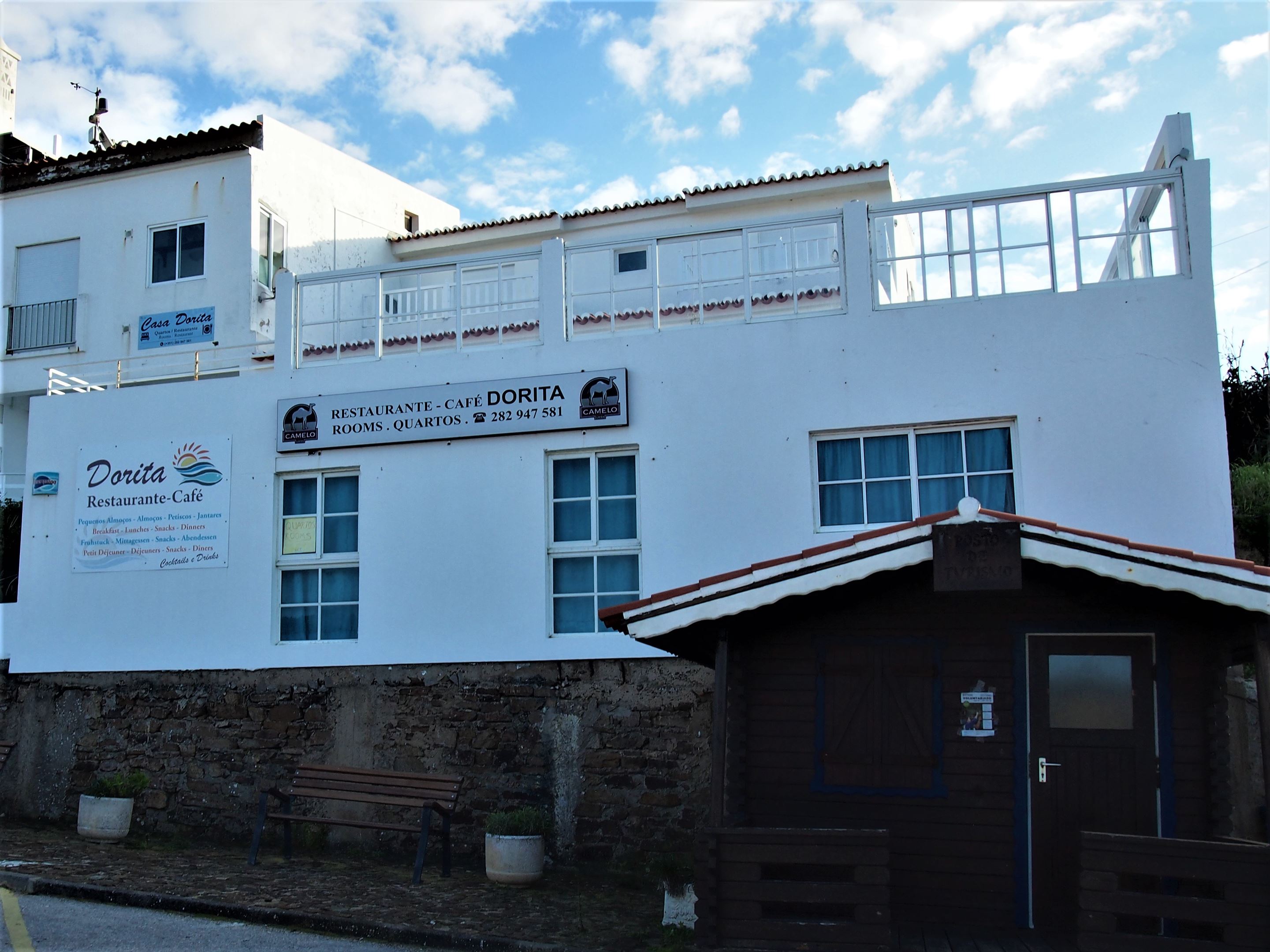 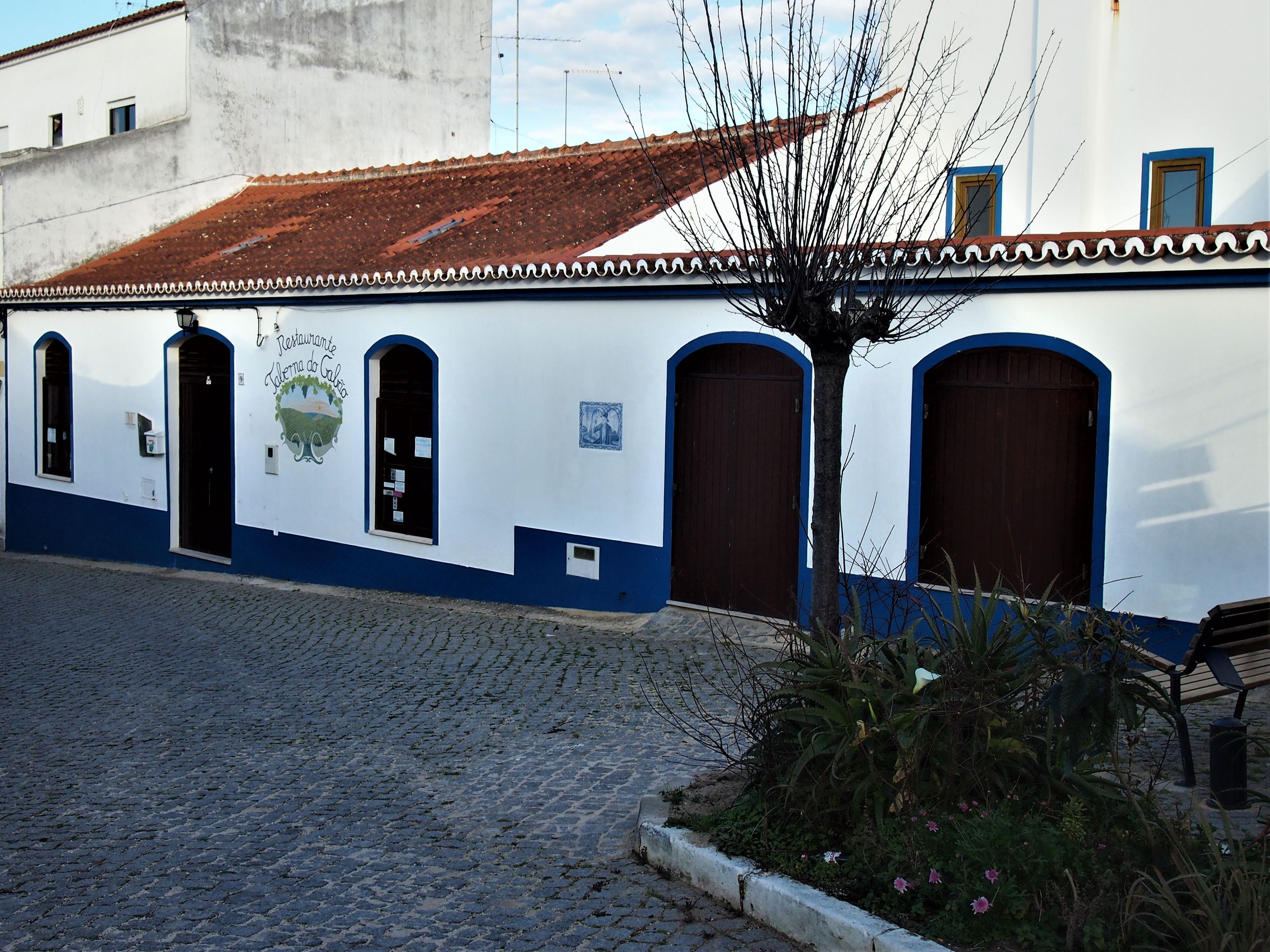 I spent the night across the border, at Cerro da Fontinha, a rural property in the midst of the Costa Vicentina. There were six houses in total and while they all looked the same from the outside, the difference was in the colour-themed decoration on the inside. Iberian Escapes booked me the Red House, so everything in the house, from the curtains to the duvet used red and white fabric.

I’m only spending one night at Cerro da Fontinha, tomorrow I’ll be driving back to the Algarve and visit the mountainous region of Monchique.

Driving map for the Aljezur tour